1604
East Pettigrew Street
Durham
NC
Cross Street
South Plum Street
Year built
1925-1935
Year demolished
1999
Construction type
Frame
Neighborhood
East Durham
Use
Tobacco Warehouse
Tobacco Company
Building Type
Industrial
Can you help?
You don't need to know everything, but do you know the architect?
Log in or register and you can edit this. 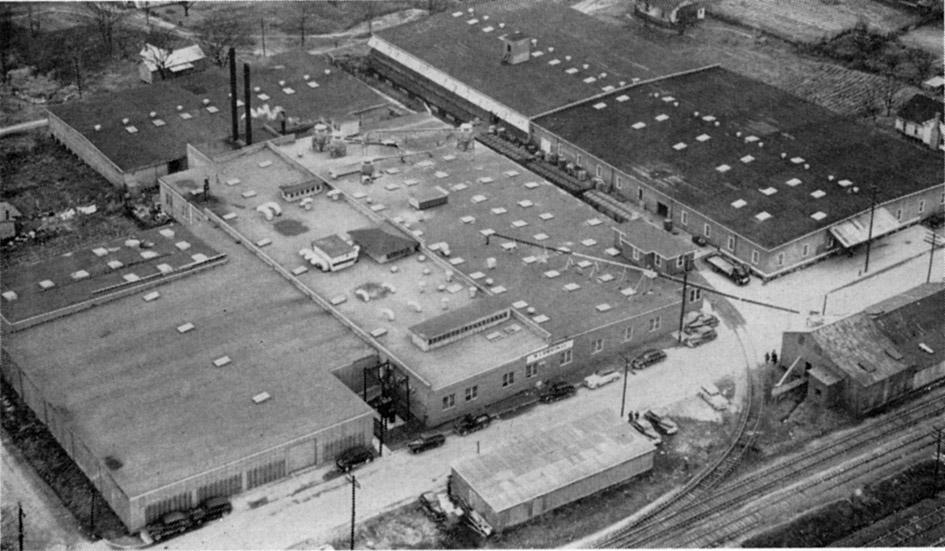 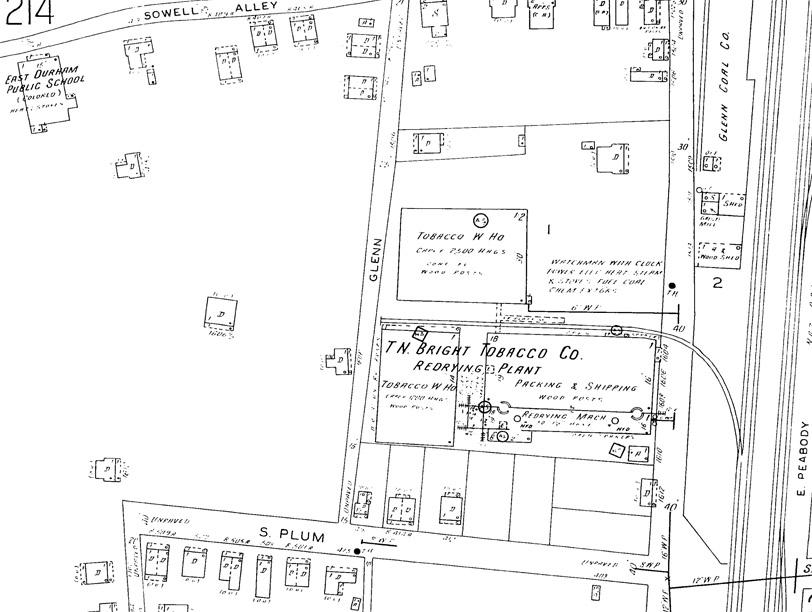 The Bright Tobacco Company - a redrying/wholesale company (much like the Venable Tobacco Company) appears to have been established in the 1600 block of East Pettgrew Street by the late 1920s/early 1930s.

In 1935, the company became the WL Robinson Tobacco Company, which also dried, pressed, stored, and sold tobacco to manufacturers. By 1951 they were "one of the top ten employers of labor in Durham and also one of the larger tobacco buyers in this section." Much like the Venable Tobacco Company, WL Robinson would redry, process/press, and store tobacco in hogsheads for sale to end manufacturers. In 1951, their warehouses had a "capacity of about 10,000 hogsheads" and their payroll "between 5 and 6 million dollars a year."

Robinson evidently started work with the American Tobacco Company before striking out on his own. He lived on Chelsea Circle in Hope Valley during the 1950s. 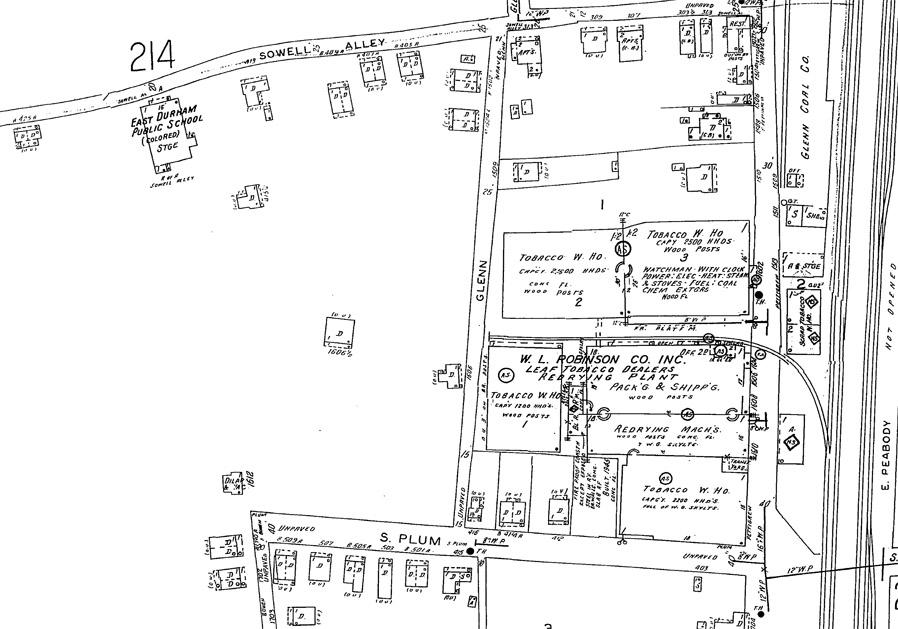 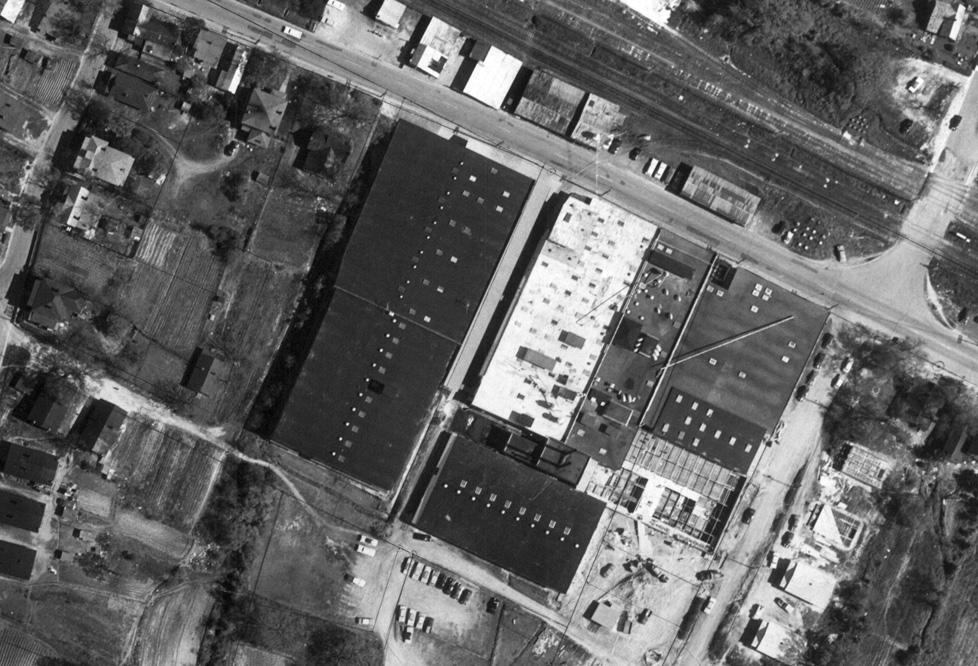 By 1972, the tobacco company was out of business. It appears that a glass manufacturer took over the plant.

The buildings were still present in 1994, but had all been torn down (with the exception of one later building) by 1999. This building has recently been converted to the "Durham Green Flea Market" - I haven't been by, but it's evidently in operation on Saturdays and Sundays. 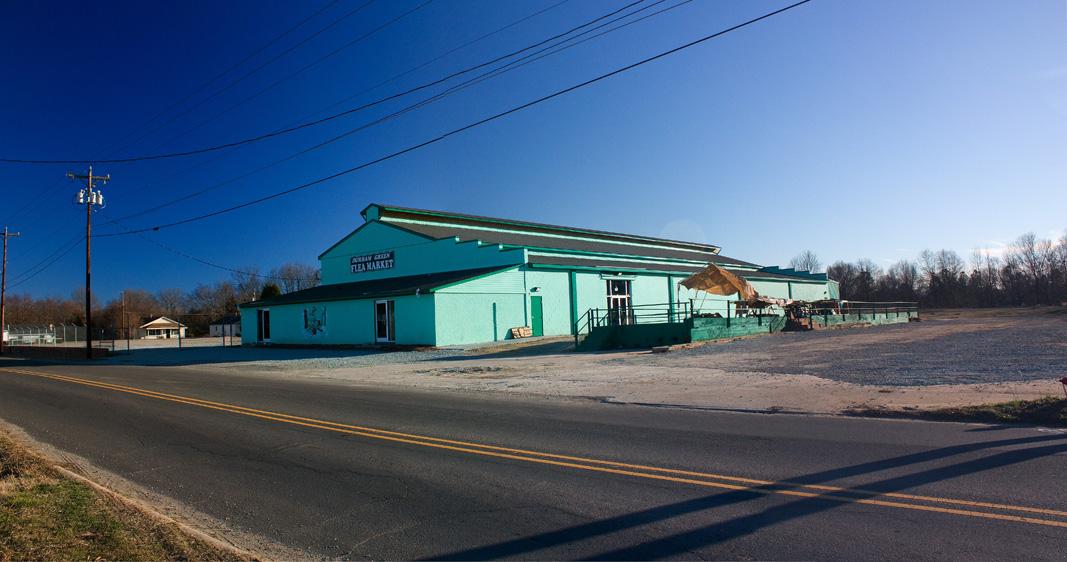 My late grandmother was an employee at WL Robinson Co.

Looking at the aerial view from 1959 and the present-day aerial view from Google (and the photo), it looks like the remaining building has been significantly altered, no? The footprint looks pulled back from the street, and the gabled/monitor roofline looks like it was not present in 1959. Curious...
Thanks for the great work, as always....

My father was plant manager of W. L. Robinson Co. from approximately 1946 until it closed in 1969. I grew up going with my Dad to the company at least twice a week for 16 years.
The building originally was the office section. There was a second story that contained a sample room, a drafting room, and storage. The exterior stairs led to a loading dock. The front of the building was flat and approximately 12 feet from the street.
I remember a lot about the building and the people that worked there.

My father was Tom Evins. He was president there. What was your father's name?