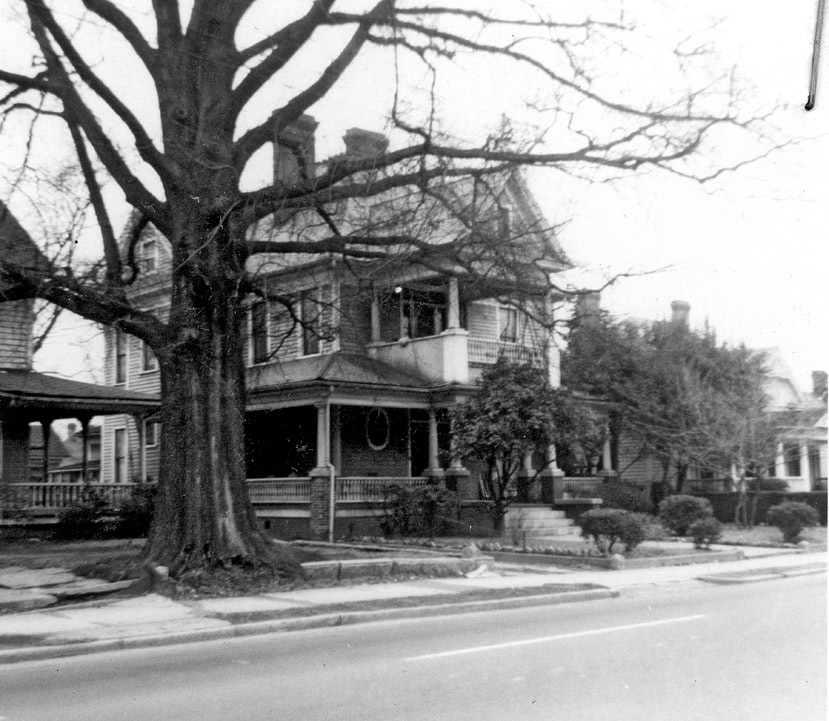 Many of the houses along Cleveland Street were built by small business owners.

Constructed some time between 1907 and 1910, this two-story frame house is a distinguishable example of the late Victorian neoclassical styling popular at that time. On the side elevations,two-story, three-sided bays extend from the large boxy core with a steeply- pitched hipped roof and tall interior chimneys with corbelled stacks. The most striking feature of the house is the one-story wraparound porch with a second pedimented tier at the entrance bay; throughout both tiers, the supports are finely detailed Corinthian columns on brick plinths. Leaded glass transoms, sidelights and rondels embellish the front entrances. Although the house is somewhat deteriorated, its exterior is completely intact and the interior is little altered. Matthew Freeland Markham, a partner in the Sneed-Markham-Taylor Company men's clothing store, had the house built and lived in it until his death in 1948. Today [1984] the house is operated as a haven for derelicts.

(I appreciate Claudia Roberts' candor - I'm not sure how one operates a haven for derelicts, but the point is clear) 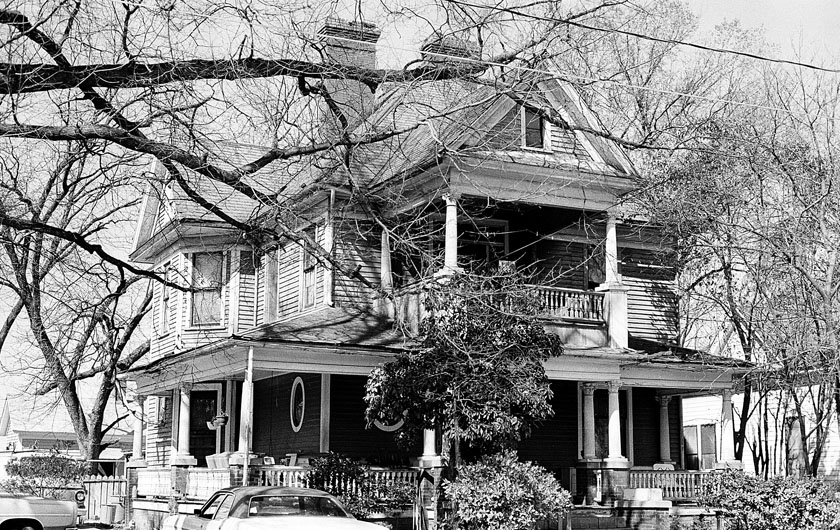 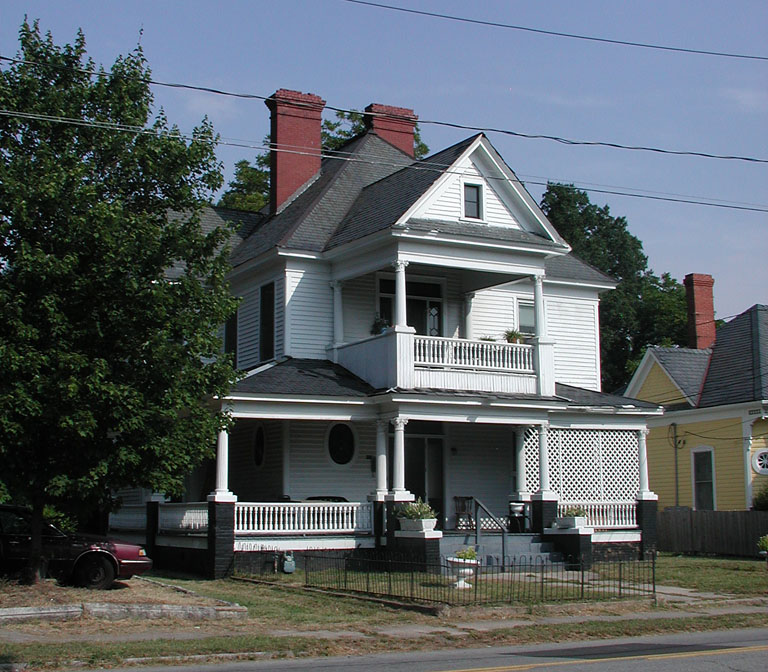 801 Cleveland and the house across the street, 802 Cleveland, are both owned by Oscar Hicks of Creedmoor. It appears, as of 2006, to be a rooming house. 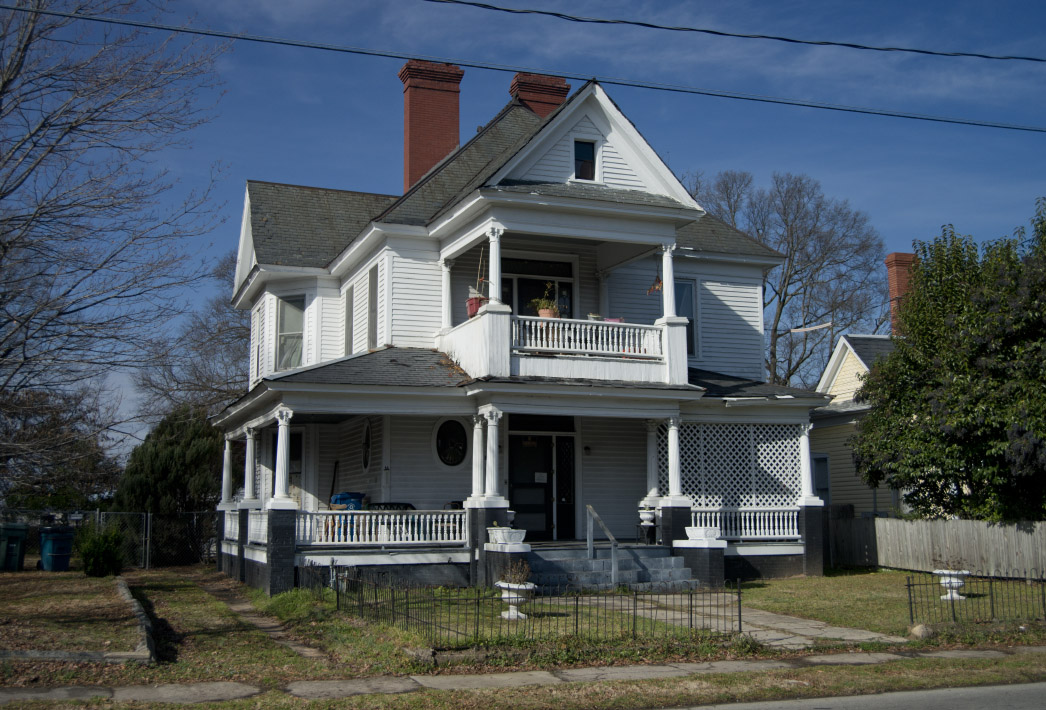 As of 2013, the house has been purchased by a homeowner who intends to renovate the entire house - what a win for Durham; this house deserves a full and loving renovation. 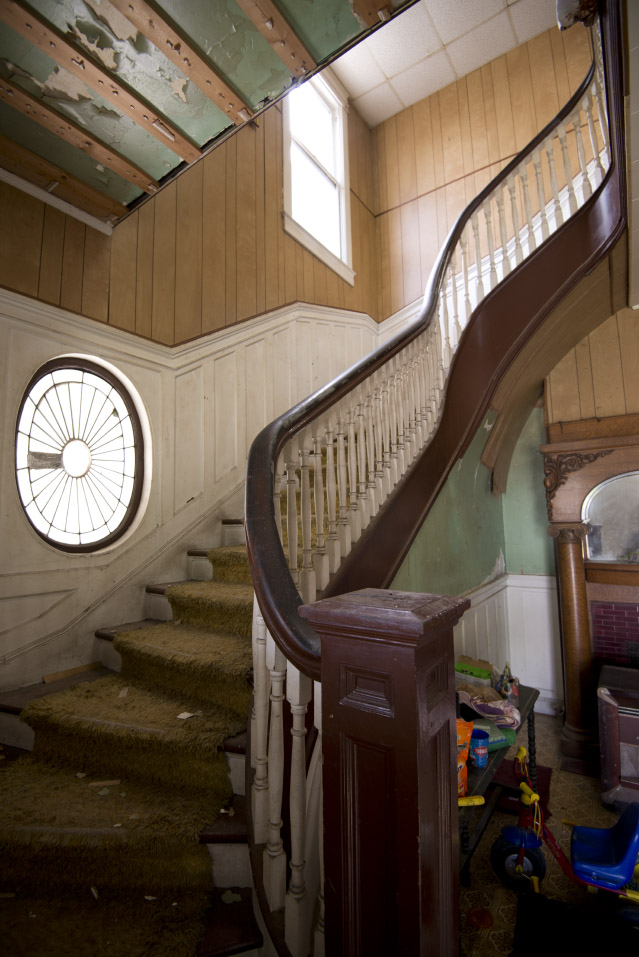 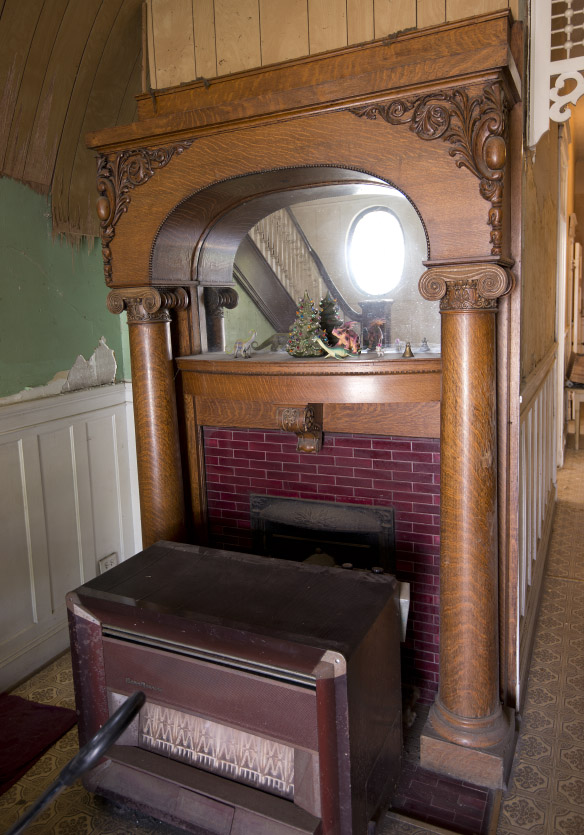 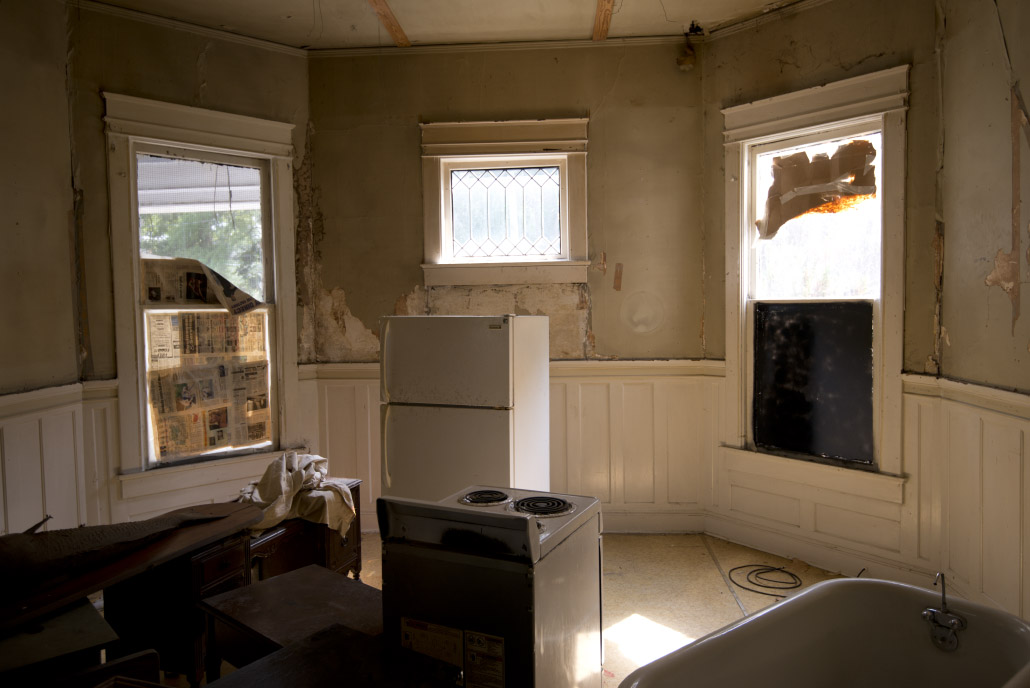 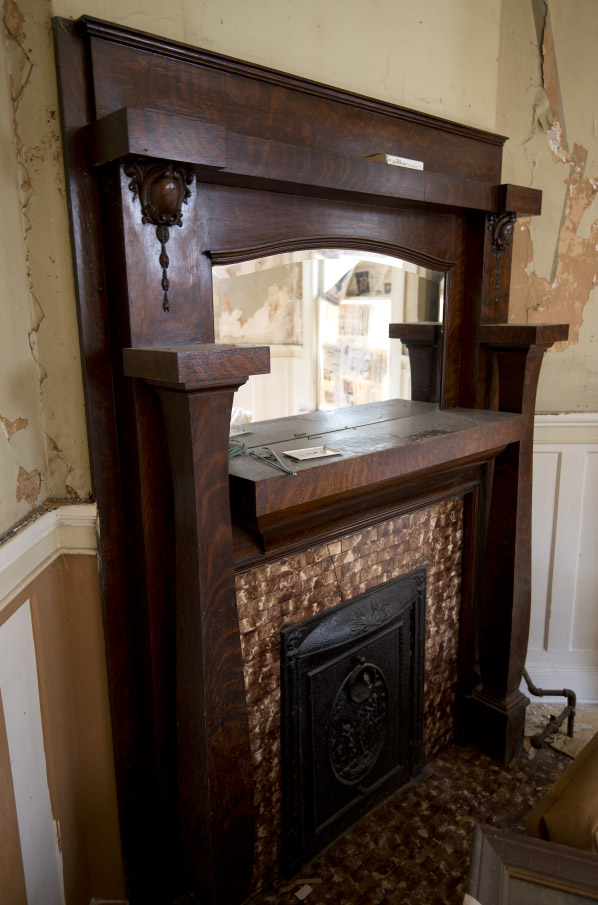 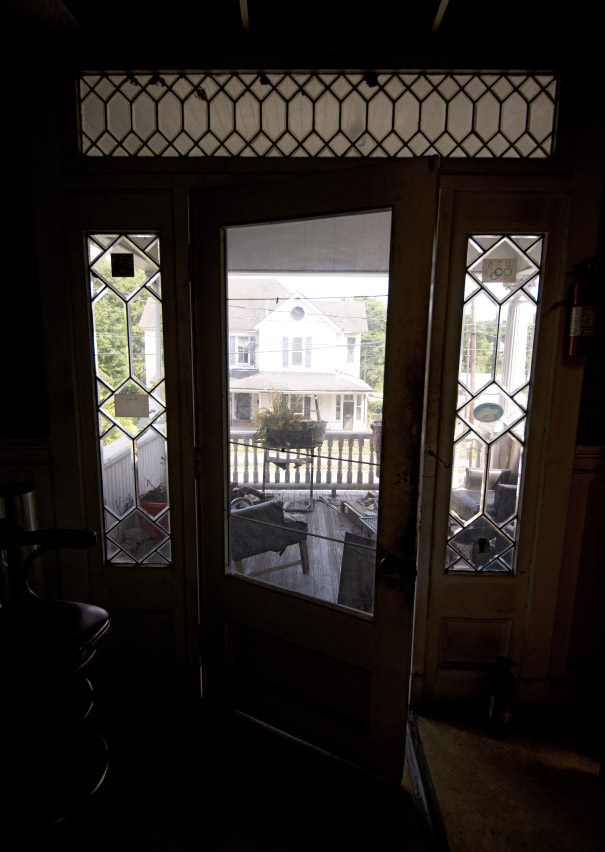 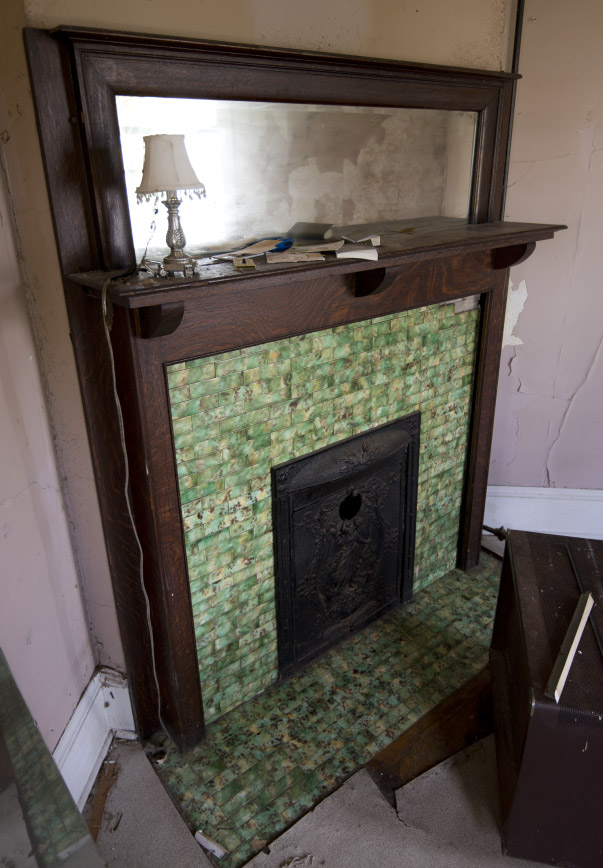 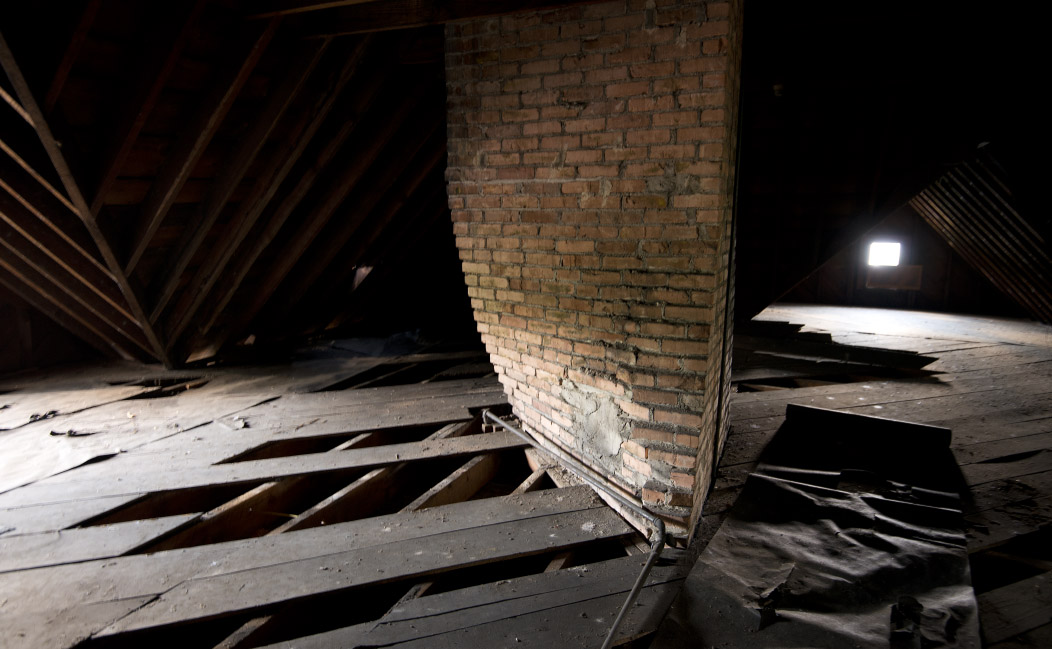 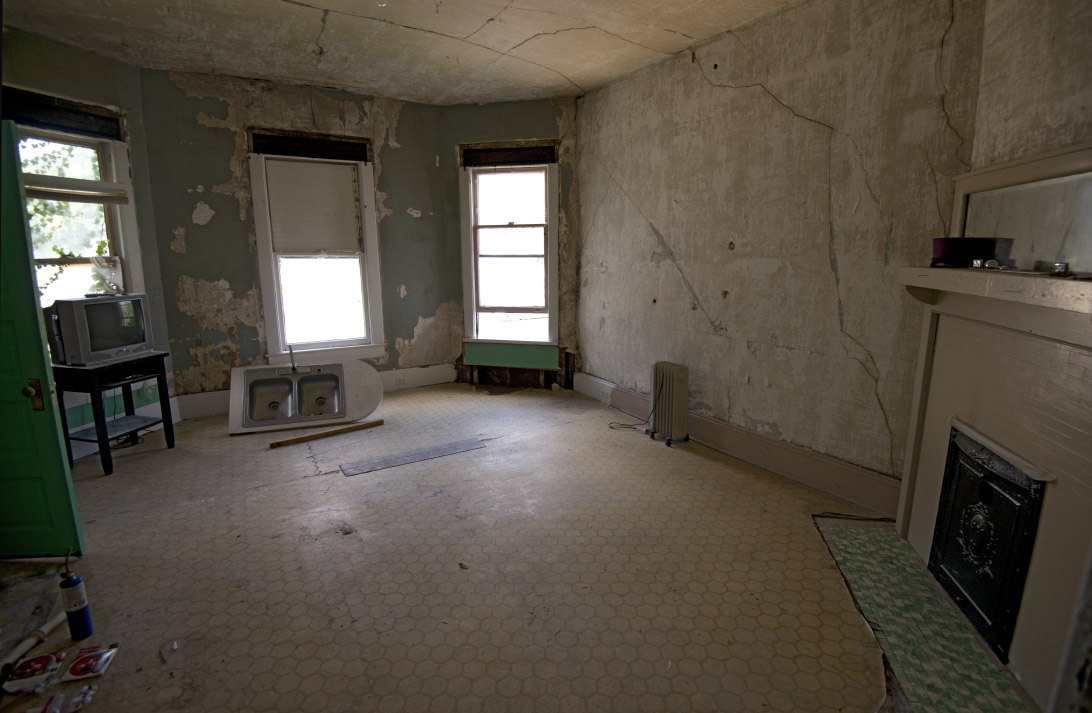 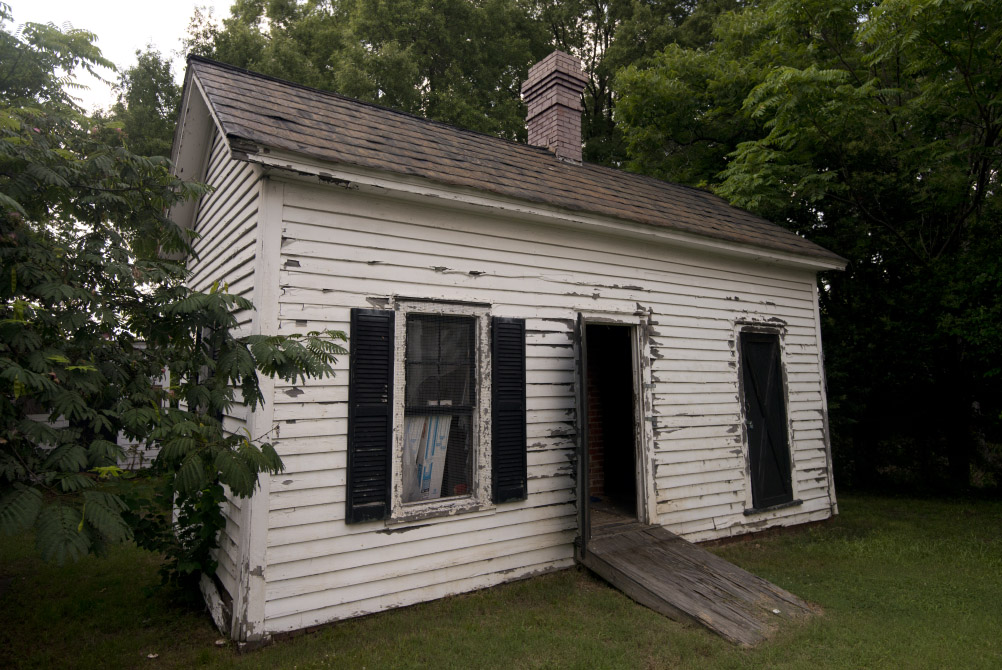 Small 'house' in the backyard with patterned tin roof shingles, 07.28.13

Stairwell after plaster restoration and painting. 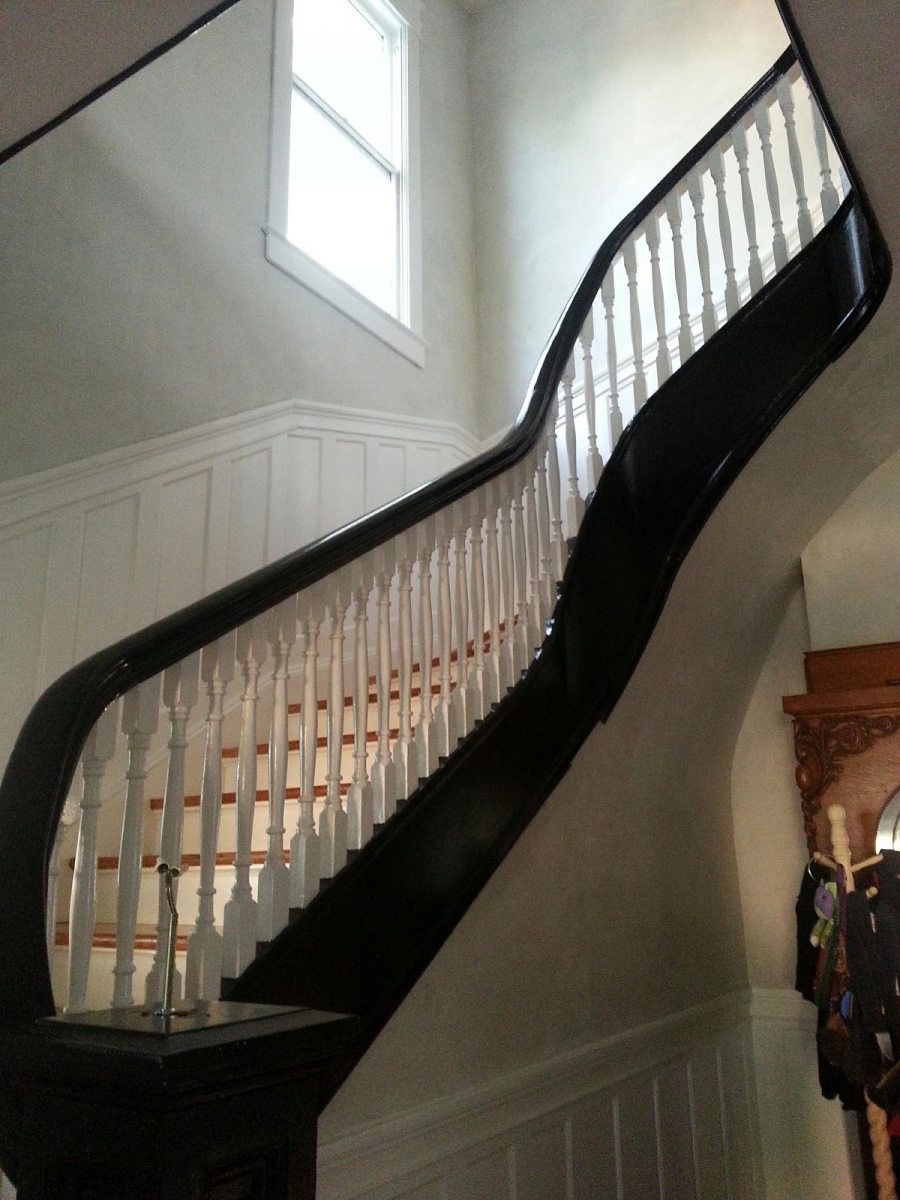 Hooray...looks like there is some major renovation activity going on at this house. From the street the inside looks intact. Maybe she will let Gary in to take photos in case it gets destroyed in the renovation process

It's not being destroyed.

It's not being destroyed. We're going to do a beautiful and sensitive restoration of the place.

That is great!! I did say "in case" because it does happen a LOT in Durham. You have a beautiful house and I wish you the best of luck with it.

Man-o-man...This is so cool. I wonder what the cost would be to construct an identical house today. Looking forward to the happy ending. (...and a video tour?)

The insurance estimate to rebuild

The insurance estimate to rebuild was somewhere over $700k, so probably a million to build today?