Leesville Road
Durham
NC
Year built
1850
Architectural style
Greek Revival
Construction type
Frame
Neighborhood
Eastern Durham
Use
Residence
Farmhouse
Building Type
Residential
Can you help?
You don't need to know everything, but do you know the architect?
Log in or register and you can edit this. 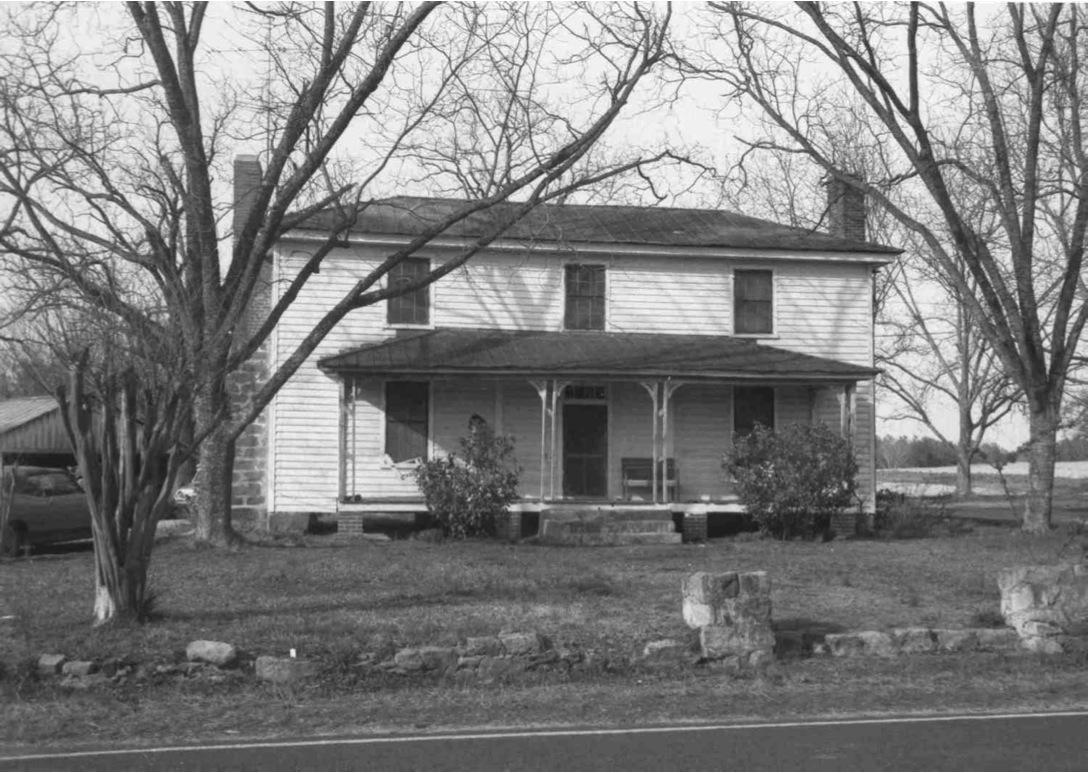 Along the early road from Raleigh to Hillsborough, civil engineer Fendel (Fendol) Bevers (Beavers) constructed what is now Durham County’s best-preserved I-house with Greek Revival styling ca. 1850. Standing over a fieldstone foundation, the house has an archetypal elongated form, a low hip roof, and end chimneys with ashlar (squared) stone bases, a feature not commonly found in Durham County. Fenestration is regular, and windows, six-over-nine on the first floor and six-over-six on the second floor, have four-part surrounds ornamented with plain corner blocks. A nearly full facade hip-roofed front porch supported by narrow posts with sawn brackets organized into pairs at the entry and triples at corners is a late nineteenth century addition. Framing with corner block ornaments midway between the entry and windows on end bays identifies the approximate location of an earlier porch. An early entrance on the east facade that has been covered with weatherboard is marked in the same way. A one-story ell was added to the rear of the dwelling in the early twentieth century. The interior of the main block has a center hall plan and is remarkably intact; original flooring, sheathing, mantels, and double vertical panel doors are in place.

Late-nineteenth and early-twentieth-century farm buildings surround the farmhouse. Notable among them is a weathered kitchen house with a hewn-timber frame and two entrances surmounted by transom lights. There are also tobacco barns, a log smokehouse, and various storage sheds. 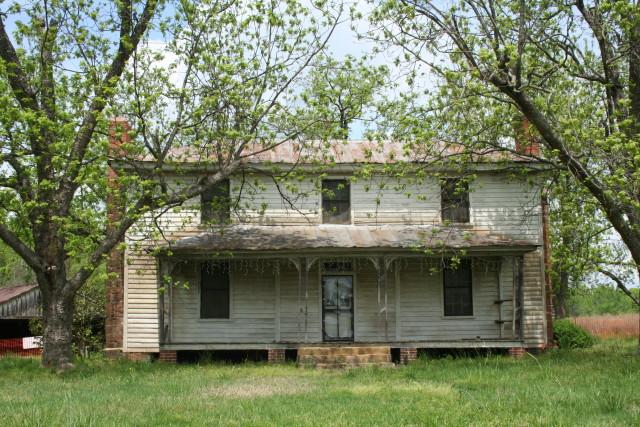 During the period 1870 - 1895, many NC counties ordered maps designed specifically to demonstrate the new township borders that had been created under the 1868 Constitution. Farmsteads and other locators are shown within these township boundaries. When Bevers made his map, Durham County did not yet exist, and his farm and home on the Leesville Road would then have been well within the bounds of Wake County. He is buried in the Andrews Chapel cemetery, and his tombstone is shown on Allen Dew's NC Cemeteries site.

It would be a mighty shame to lose this lovely old place and its important associations.

I totally agree that it would be a shame to lose this wonderful home. As a great, great granddaughter of Mr. Bevers, I would like to thank Preservation Durham and all others who have worked diligently to share the history of this important residence. I'll be watching with interest to see what happens to it, and do hope that someone with the land and means to care for it will come forward.

The house is gone. I took a picture of the house number on the post at the road. Same as the one in Bing maps street level.