320
West Trinity Avenue
Durham
NC
Cross Street
Foster Street
Year built
1930
Architectural style
Colonial Revival
Neighborhood
Old North Durham
Use
Residence
Building Type
Residential
Can you help?
You don't need to know everything, but do you know the architect?
Log in or register and you can edit this. 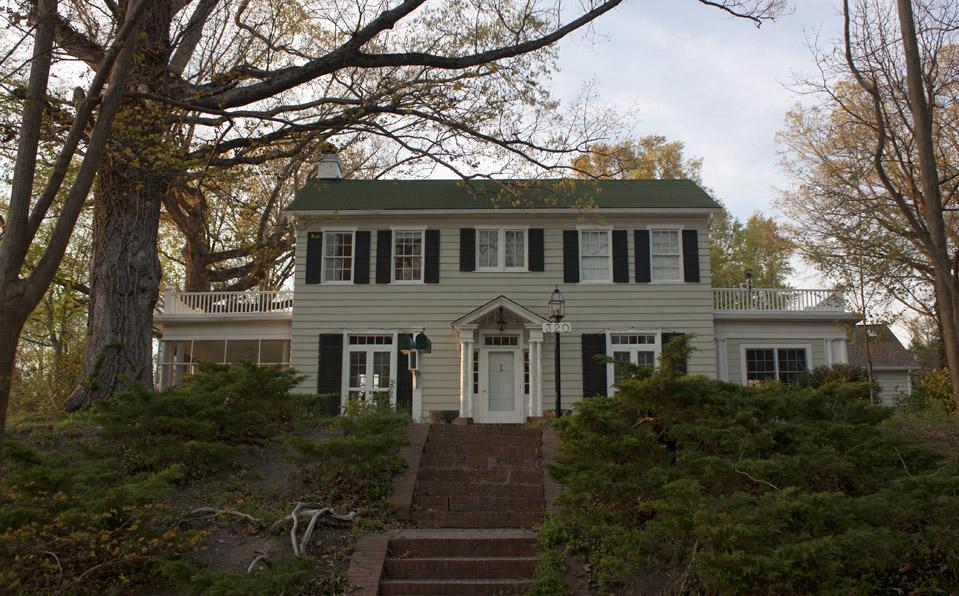 The Colonial Revival house at 320 West Trinity Avenue occupies an impressive site atop a small rise at the northeast corner of Foster Street and West Trinity Avenue. The house was built in 1930 by Thomas Davenport Wright, nephew of Durham industrialist/philanthropist Richard Wright. That was the same year Wright became president of the Interstate Telephone and Telegraph Company, and one year after he became president of the Wright Automatic Machinery Company.

Wright and his family only lived in the house a brief ~2 years, however, as in 1932, Wright had the opportunity to move to his uncle's farm, Bonnie Brae, where he would live for the remainder of his life.

I remember going into that home in the early 70's when the Baileys lived there.  I loved the staircase, which seem very grand to an eight year old.   My grandparents lived next door in 314 W Trinity Ave.  Thanks for your wonderful work!