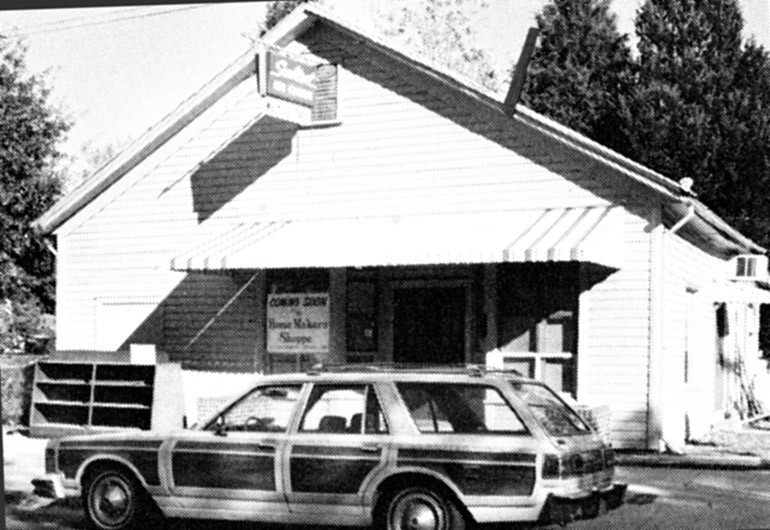 There actually was a Watts (Street) Grocery before the restaurant of the same name opened in fall of 2007. Serving Trinity Park since, at the latest, the 1920s, the Watts Street Grocery was helmed by Robert C. Berry from the early 1930s to the mid 1940s. In the late 1940s, Jack Ennis was the proprietor. From 1950 to 1980, Mr. and Mrs. Ira J. Welch operated the store, which "handle[d] a general line of groceries and meats." In 1980, the store closed. I am unsure as to whether there were additional commercial uses of the store (such as "The Home Makers Shoppe") after that point, but it currently is used as shared office/studio space. 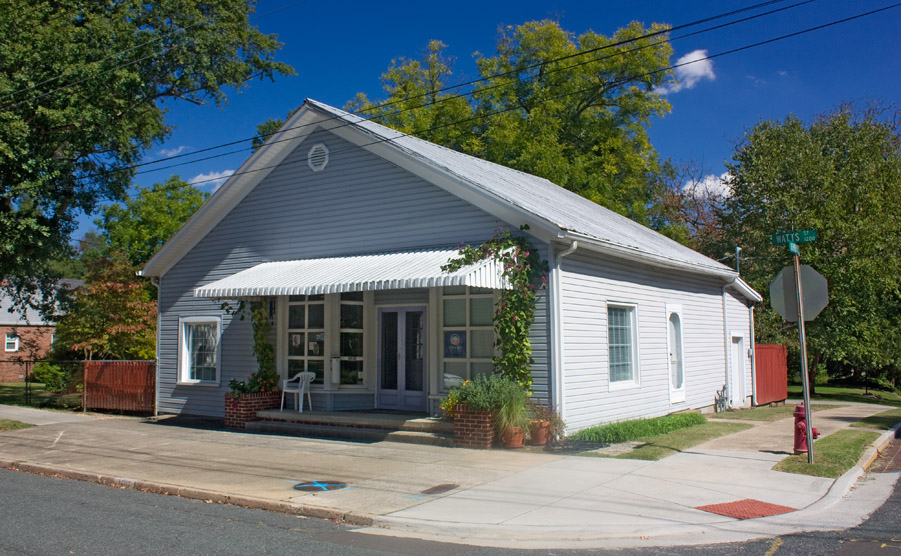 This building actually serves as a shared office/studio space for several neighborhood residents. The lady who owned and ran the store still lives next door on Demerius.

For about 10 years (from 1957 to 1967) I lived within a half-block of Welch's Little Grocery Store. Many great memories. Mr. Welch gave me my first "paying" job as a teenager. I would sort the soda bottles for him. That was the age of returnable reusable bottles. The delivery men didn't like having to sort the RCs from the Cokes from the Pepsis from the Seven-Ups etc. So, Mr. Welch paid me a few bucks to do it for them. Later, he hired me as his delivery boy. I only worked on Saturdays, but I got to drive the Cushman Scooter he used for deliveries. Mr. Welch had a full-time butcher, I believe his name was Brian; but Mr. Welch could also step in to butcher if necessary.

Watts Street Grocery was built in 1900. It originally was a country type of store that sold general merchandise as well as feed and fertilizer type of supplies since it was considered at that time to be outside of the city limits. On the front left side of the building was a double door where the picture type of window is located now. Farmers, gardeners, etc. would back their wagons up to the building and load their supplies. Women could buy fabrics, soaps, lye, bluing (to whiten their clothes), flour, meal, etc. The original porch on the front side of the building was a large, wooden platform with a tin roof over it held up by four white posts. Along the front windows on the porch would be bushel baskets of fresh vegetables in the summer time, Mr. Welch would get at the Farmer's Market in Raleigh two or three mornings a week for his customers. Sometime in the late 50's, the porch floor was taken out to be repaired and the city zoning dept. would not allow a permit to have it built back in the original form due to the porch sitting on "public property" even though there were no public sidewalks.  Through the years, it is believed to have been owned or operated by three or four different people.

In 1950, the Welch's purchased it. By that time, it had become a full service grocery store to include a meat market. In the late 1950's, the owners Ira Welch added a walk-in meat storage cooler to the back left side of the building due to climbing meat sales. Mrs. Welch not only worked checking customers out, but also as a meat cutter. One time in The Durham Morning Herald newspaper in a column, the writer wrote, "she was the prettiest butcher in the city of Durham".

Through the years, my father, mother, sister or I would take a weekly food order over the phone from a customer and a large delivery bike delivered the food items ordered to the individual's home. As Carl stated previously, the Welches did have several delivery boys who worked at the store after school and on Saturdays through the years. Some customers paid cash but most would charge their groceries and pay the bill once or twice a month. In the 1960's, Mr. Welch bought a Cushman three wheel scooter (like the meter maids in many large cities drove) that was a bright sunshine yellow. It was on that three wheel Cushman, I learned to drive a three speed vehicle with a clutch while helping my parents in the store. The last few years the grocery store was in business, Mr. Welch delivered groceries in a station wagon. In 1980, Mr. and Mrs. Welch sold the stock and fixtures but the property is still owned by the Welch family. Once they no longer operated it as a grocery store, it has been rented it out to various tenants.

I loved that store. I

I loved that store. I lived down Demerius street until 1956. Truge up the hill, but the blue possicles were worth it. If on my bike it was great going back down. No hands.

The store was built in

The store was built in 1900 and served as a hardware/feed and grocery store out in the country. The sides of the store had large advertising on either side of the store for Coke and one for something else Mom doesn't remember. On the front left side (the now picture window) was actually a double door. The customers or farmers could back their buggies or trucks up and load feed, seed or groceries right from the inside of the store. The front of the store had a lean to type of front porch with a tin roof and wooden floor with four posts across the front and one step down. The original porch needed replacing and they tore it out to redo it. Long story short, the city would not allow them to put it back in the original form due to it being on "city property" so the front stoop was altered to what it is today. My Dad, Ira Welch bought the store in 1950 and ran it as the Watts Street Grocery Store until 1980. He and Mom worked together and through the years had several butchers but they both also did the butchering. I know many years ago, one of the writers for the Durham Morning Herald (the morning newspaper of that time) wrote that Watts Street Grocery had the prettiest meat cutter in town. (Carl, yes, the meat cutter you are referring to was named Bryant Bivins. He worked for Mom and Dad for many years.) Dad would get up at 4:00 AM, travel to Raleigh to the Farmer's Market, buy fresh produce right off of the farmer's trucks and haul it back to sell in the store. The fresh cut meats were another draw. The store was open at 8:00 AM Monday through Saturday. Through the years, they had in store charge accounts where customers would charge their groceries, then once a month pay their grocery bill. Dad originally had a large man's Schwinn style bicycle with a huge basket on the front to deliver groceries throughout the neighborhood. Later, he purchased a three wheel, three speed Cushman motor scooter that was a bright yellow. (It was one like you would see the meter readers ride in large cities to write parking tickets.) He eventually built a canopy to go over top of the open bed in the back. I have delivered many bags or boxes of groceries throughout the years. In 1980, he sold the stock and fixtures but the store is still owned and maintained by the Welch family today. It is in use now as offices for four individuals.

Thank you for this Jan. Don't

Thank you for this Jan. Don't know if you remember me as the skinny kid on Knox Street. Your parents left a lasting impression on me.