909
West Club Boulevard
Durham
NC
Year built
1910-1925
Year(s) modified
2003
Architectural style
Craftsman
Construction type
Frame
National Register
Trinity Park
Neighborhood
Trinity Park
Use
Residence
Building Type
Residential
Can you help?
You don't need to know everything, but do you know the architect?
Log in or register and you can edit this. 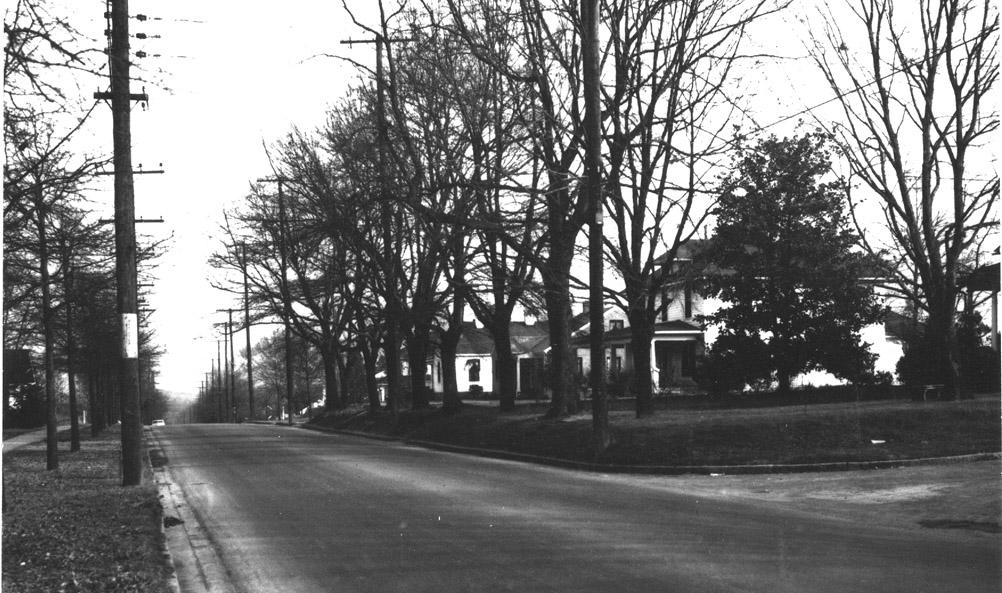 The house at West Club Boulevard (originally North Road) was built by Thomas Berry - although the register of deeds has wonderfully digitized most of their records, their index fails in this case, and I can only say that Thomas and his wife Mary appear in the city directory between 1920 and 1923. Whether Thomas built the house himself is unclear; David Auerbach notes that during restoration, they found a baseboard with "Berry" written in crayon on the reverse.

Per information provided to David by Berry family members, the original house had an outhouse in the backyard, as well as a concrete basin which was to be filled with water to keep items cool in the summer. The extended Berry family evidently lived in the house; the relative noted that two Berry aunts were traveling salespeople - they would leave an extension ladder in the front yard to allow them to enter the upstairs bedrooms when arriving home late at night from sales trips without disturbing the family.

One of the distinctive elements of the Berry property was its large size - although I'm unable to find the deed, I'm assuming that, like the houses next to it, the land was subdivided from the Clements farm in the early 1920s. The 1.2 acres, however, was larger than the adjoining properties, and extended far into the center of the block. 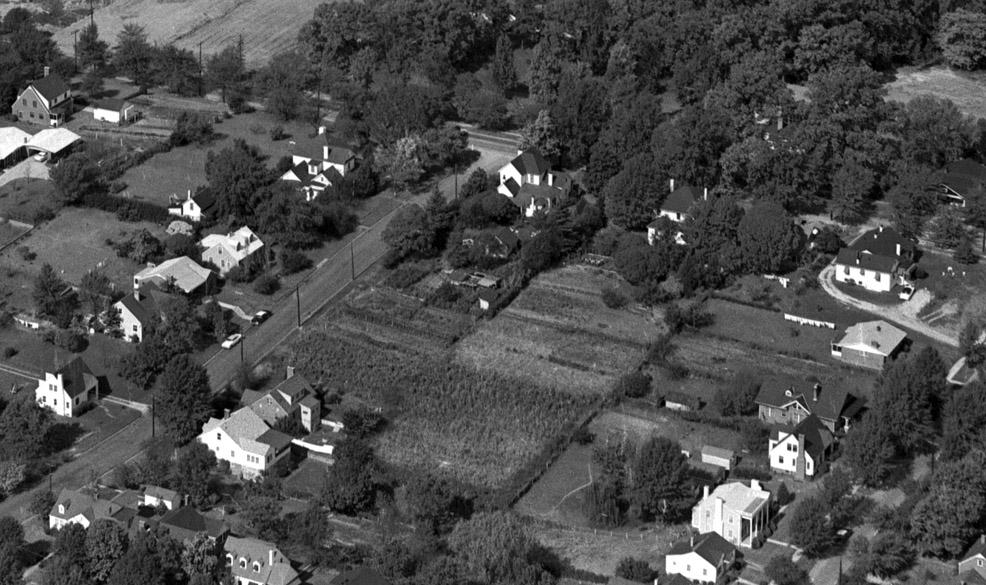 Bird's eye view of the rear of the houses on West Club, showing the large amount of open land behind the Berry House, 1960.

The National Register entry for the house reads:

Craftsman-style 2-story hipped-roof house with 2 interior chimneys, weatherboard, 3/1 sash windows, and a hipped front dormer. The original glazed door has sidelights and a transom. The 1-story wraparound porch has Craftsman posts. Thomas E. Berry, a carpenter, was the occupant in 1930. Mrs. Josephine D. Walters was the occupant in 1935.

The house appears to have changed hands several times during the 1960s and 1970s, becoming a rooming house at some point. It was purchased by David Auerbach and his wife in 1986, and renovated.

David recounts that he wondered what to do with the copious land behind the Berry House for a number of years; he provided for its use by grad students in Botany at Duke among other users.

After Ms. Couch, who lived in the Young-Cole-Couch house next door died in the early 90s "while digging up potatoes in her backyard," her heirs were willing to sell a rear portion of that lot to David, thus connecting the large rear portion of his lot with Norton Street. David reports that he had been interested in co-housing, and this opportunity allowed that seed to germinate - with driveway access to the rear of the lot, he could potentially develop the 1.2 acres into a co-housing community.

David and his wife Cat Warren enlisted the help of Giles Blunden to design a new house for themselves to the rear of the Berry House, and to advise them on co-housing development. From the beginning, the process was challenging - although the City of Durham ordinance provided allowances for co-housing types of development, the process was designed for plots larger than 4 acres. A complicated process of teasing apart the ordinance, seeking variances, and enlisting allies in the planning department ensued, eventually resulting in approval for the development of 'The Compound.'

A house on Norton was completed first, in 2002, followed by the construction of David and Cat's new house in August 2003. 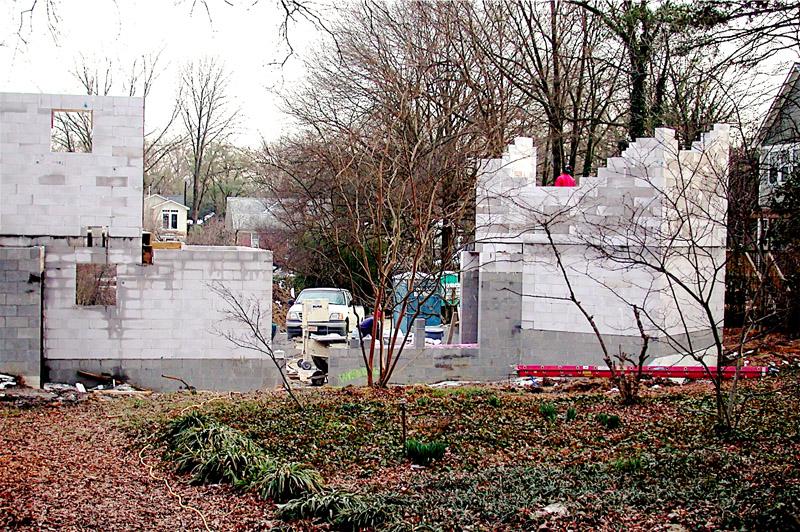 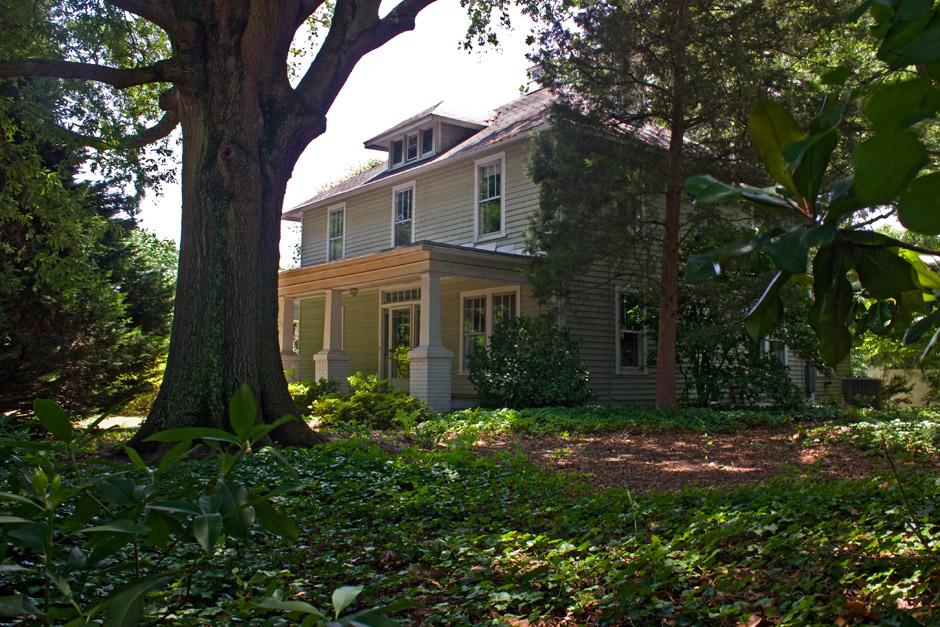 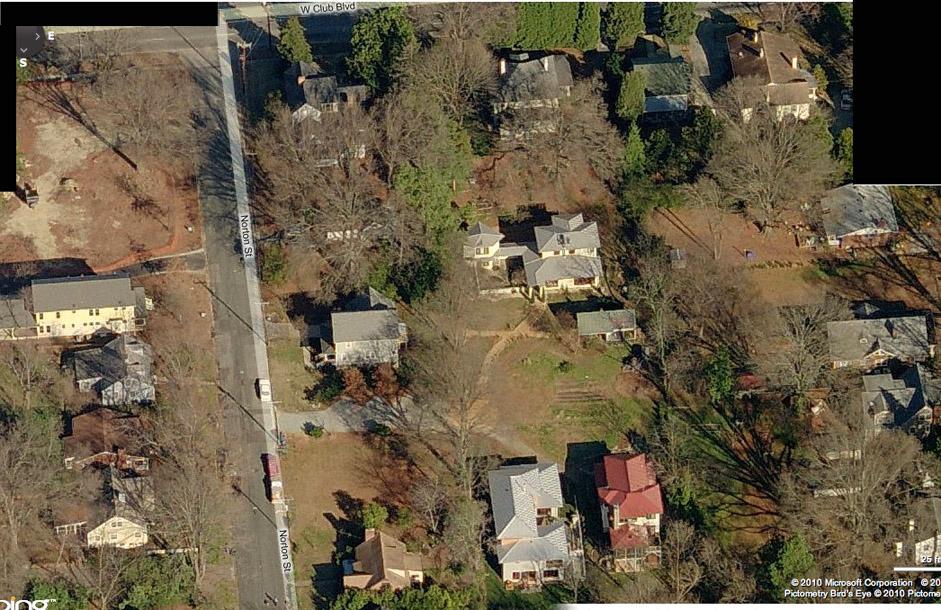 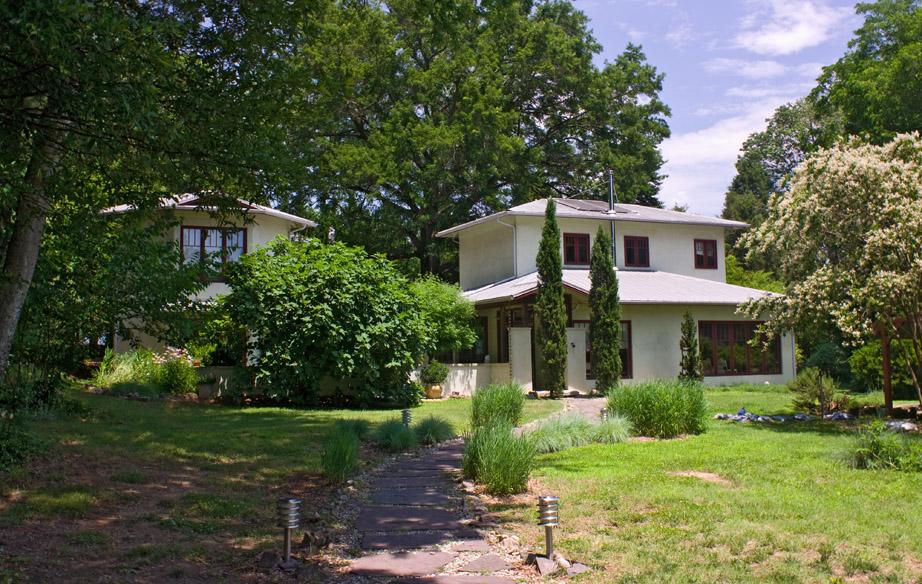 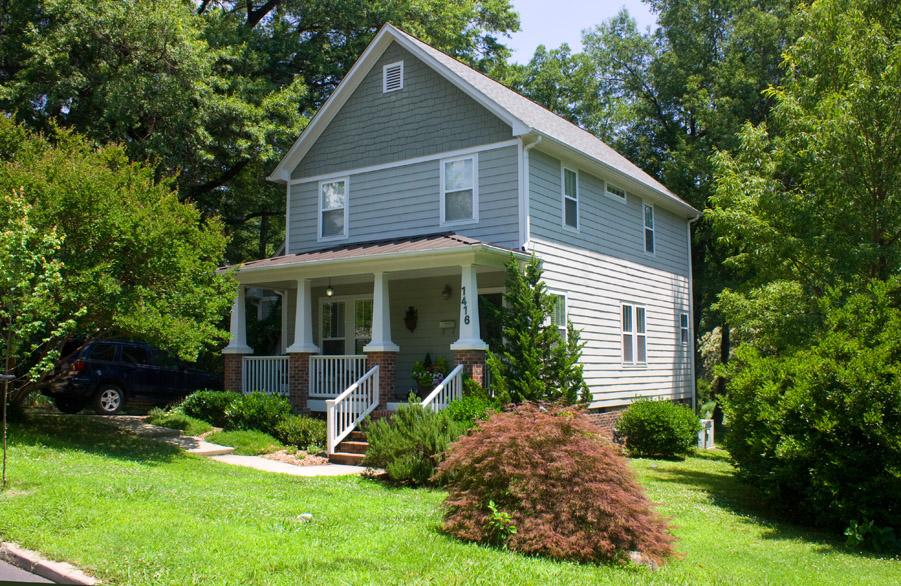 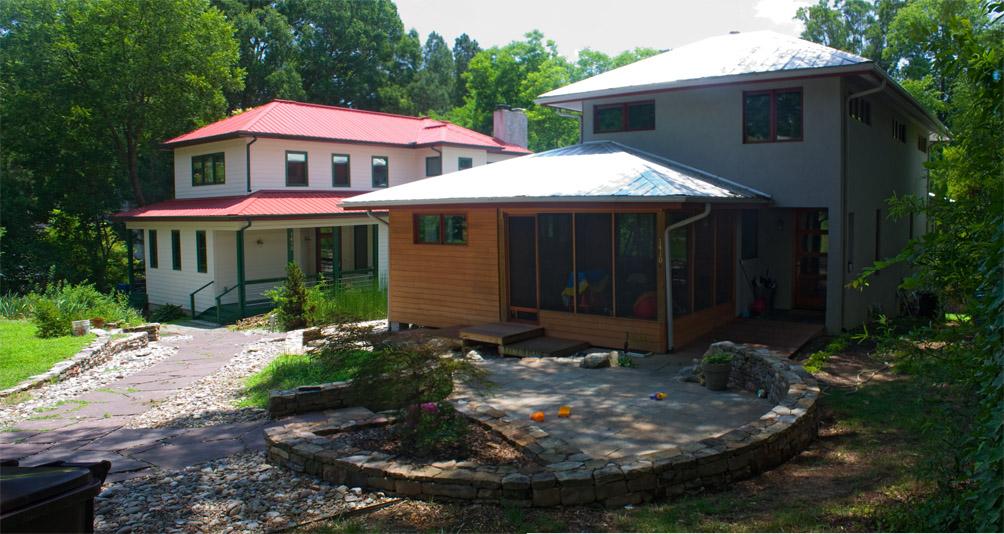 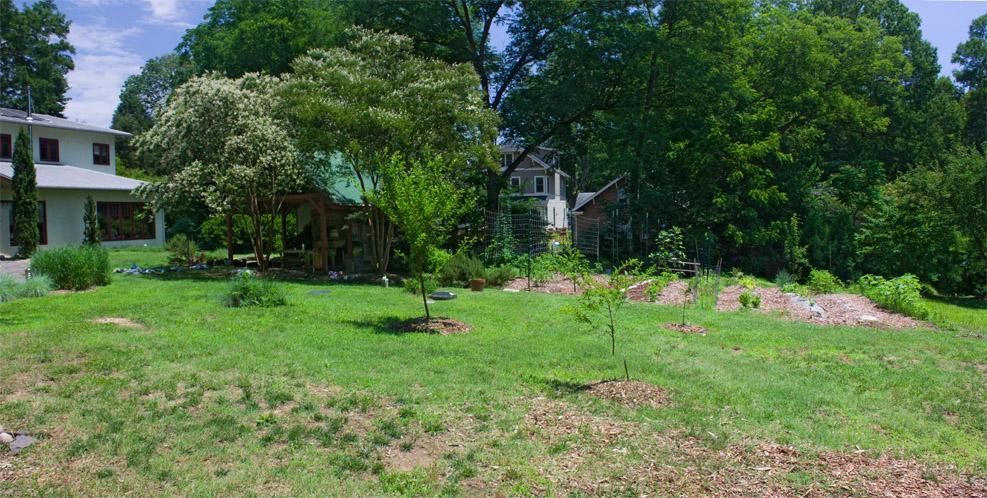 Thanks for showing the world that in-fill development can be done with taste, style, and creativity!

Regarding the board found with "Berry" crayoned on it, when we added a room to our house, the lumber delivered to our contractor had our name written on a board at the top of each bundle. Seems to be common practice when pulling an order at a lumberyard.