1019
West Trinity Avenue
Durham
NC
Year built
1891
Year(s) modified
1916
Architectural style
Eclectic
Construction type
Frame
National Register
Trinity Park
Neighborhood
Trinity Park
Use
Residence
Building Type
Residential
Can you help?
You don't need to know everything, but do you know the architect?
Log in or register and you can edit this. 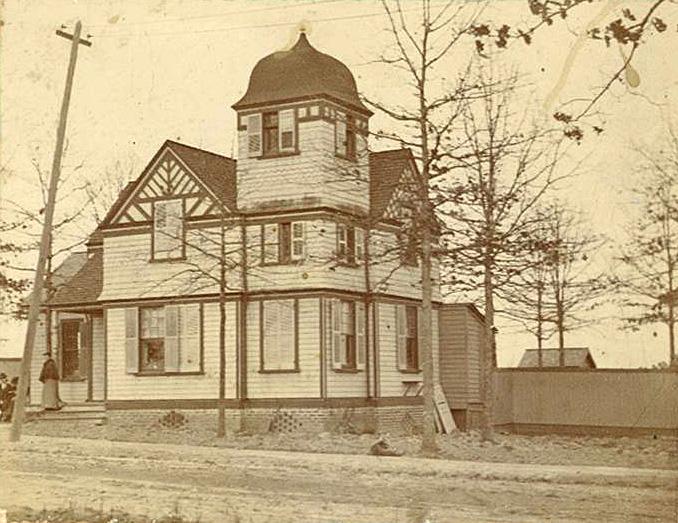 Another of the four remaining of the five original five Faculty Row houses on the campus of Trinity College now sits at 1019 West Trinity Avenue. Built contemporaneously with the original college in 1891, the house was built according to plans of an unknown New York architect, and was perhaps the most elaborate of the five. The present crenelated tower originally supported an onion-shaped dome at its peak, which was removed around 1900. 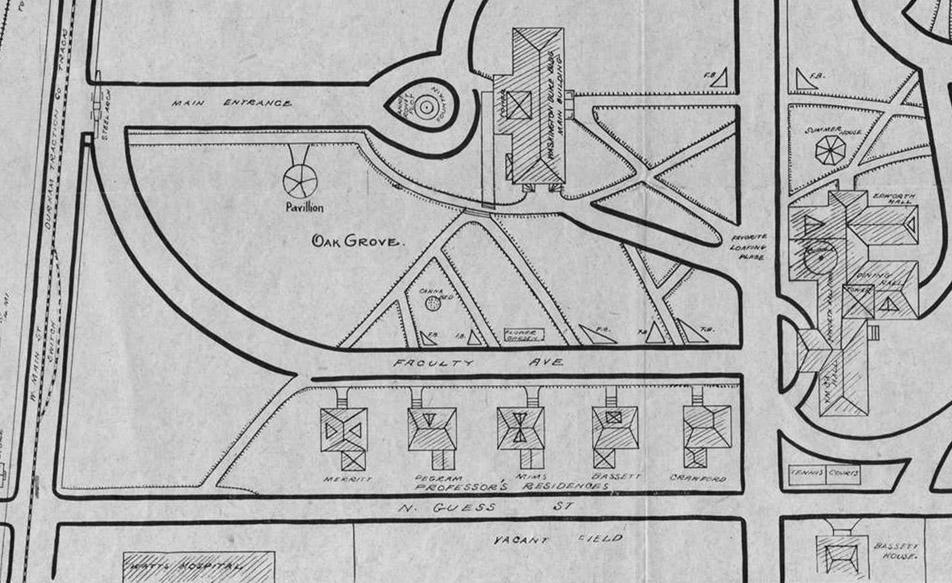 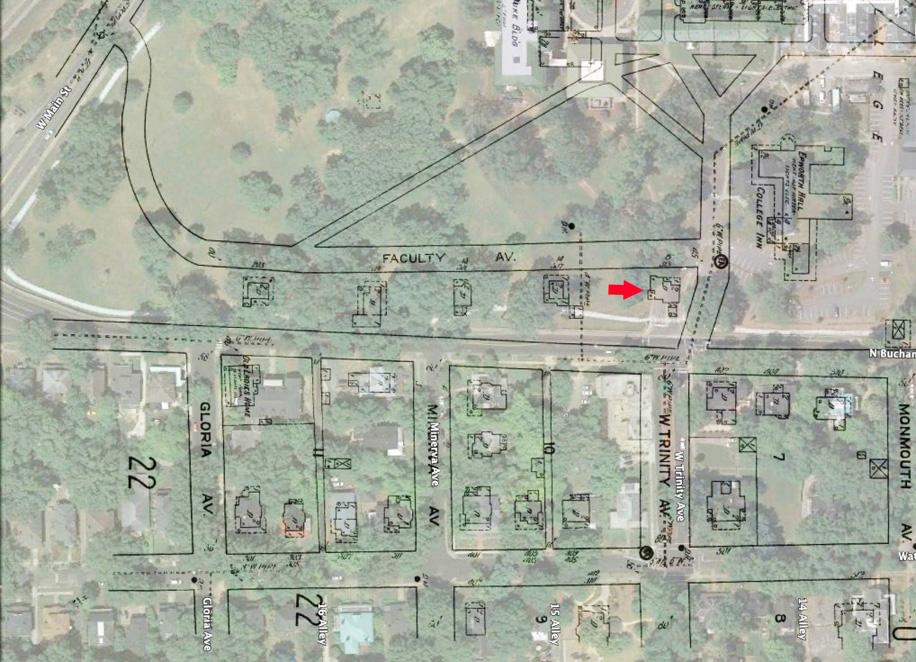 As with all of the Faculty Row houses, this one provided housing for several professors during its tenure on the college campus. The first was William Cranford, a professor of Greek and later a Dean of the College. The most renowned occupant was William H. Wannamaker, who held multiple administrative posts at the college, helped build the athletics program at the college, and became editor of the South Atlantic Quarterly

The house was moved to 1019 West Trinity Avenue in 1916 when Guess Road (Buchanan Blvd.) was widened and the stone wall was built around the Trinity College campus. It still stands at this location.

This two-story 1891 Queen Anne style frame cottage is the most significantly altered of the four surviving Trinity College Faculty Row houses (noved to its present location about 1918.)    Originally the house featured·an exotic onion-shaped dome surmounting the tower. When the dome was removed around 1900, the tower was reshaped with its present flat roof and crenelation. The house remains one of the most distinctive of this group of cottages, not only for its medieval looking tower, but also for the elaborate shingle work on the second story: the undulating, variously sized shingles create a wave-like effect.    The first floor is sheathed with German siding.    A front door with leaded glass sidelight is sheltered by a small engaged porch supported by
box posts. 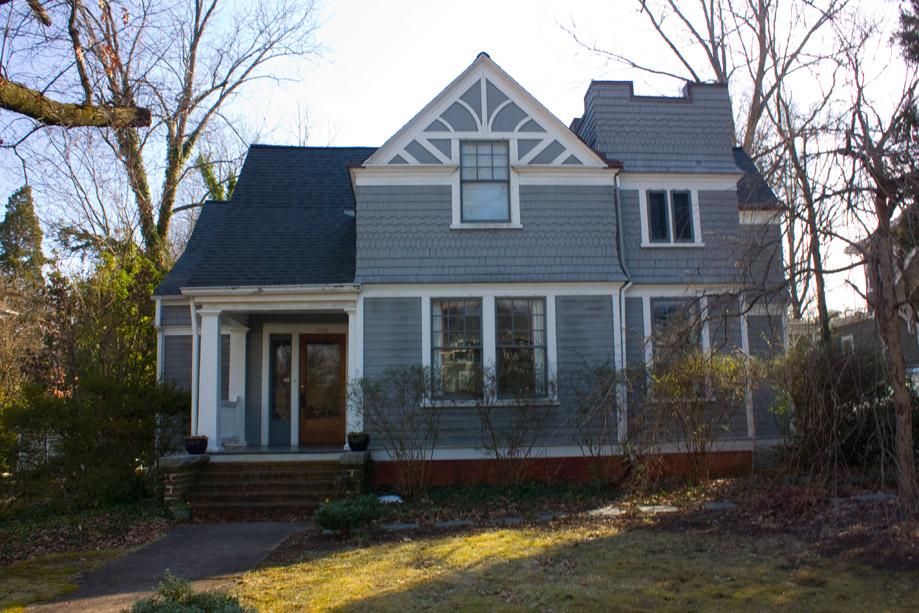 Great work Gary. How did you know about the dome? The picture of the existing house is wonderful but you can see the decapitation of the dome easily now that you have identified it.

Thanks for all you do!

A Russian-inspired house? I would never have guessed.

But even if I did not know, I think it looks really weird without the dome. Something about the curved slope of the shingles requires something suitably curvy on top of the tower.

Growing up, I remember this house as one of the excentric oddities expected in its neighborhood. I thought something was missing and it just didn't look complete. I never considered an onion dome. I think when I read "crenellated tower" in its description about 25 years ago, I quit wondering and chalked it up to personal preference.