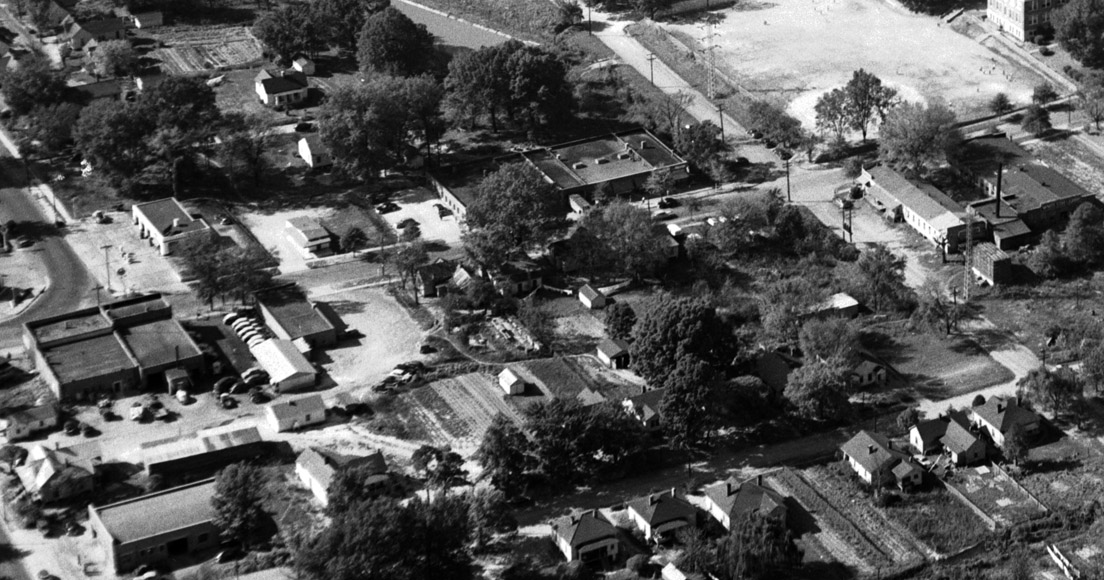 Looking west-northwest, ~1950. The two buildings of the Ice Coal plant and the laundry are located at the right edge, across from the EK Powe field.
(Courtesy The Herald-Sun Newspaper)

The building that houses the White Star Laundry was built for the company in the early 1930s. Originally, a second masonry structure, built during the same era, occupied the space between the laundry building and the corner - this structure was occupied by the McDonald Ice and Coal Plant. The White Star Laundry started as the Durham Wet Wash in the early 1920s, and was, until the construction of their 1930s building, located on the southeast corner of B (Green) and Ninth in a frame structure.

The Old West Durham website speculates that co-location of ice houses and laundries had practical purposes, such as storage of furs during the summer. I wonder if there were other reasons related to the chemical production of ice and dry cleaning - but i don't know.

In the early 1950s, the Ice and Coal Plant was demolished, leaving the corner vacant. 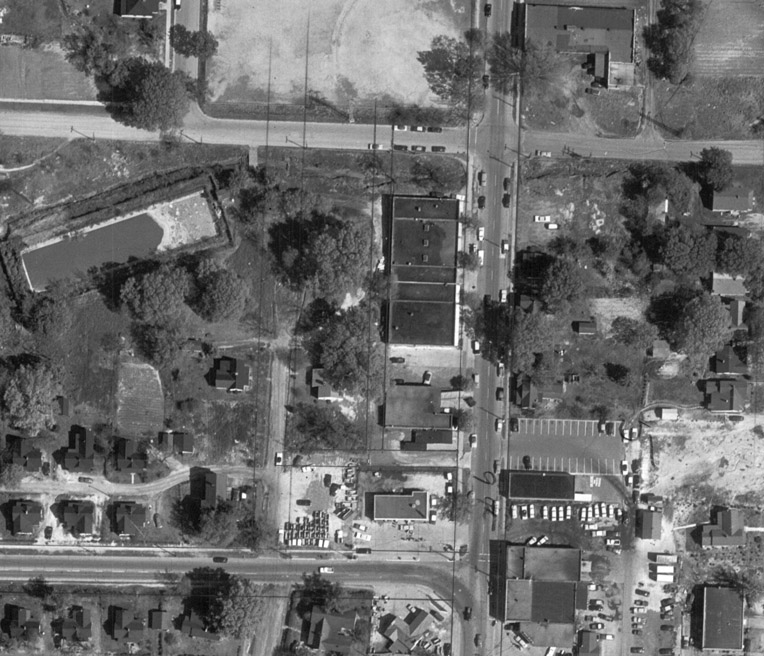 1959 aerial, showing the intersection of B (Green) and Ninth at the top of the photo -the loss of the corner building visible in the photo above is apparent.
(Courtesy Durham County Library)

Between 1959 and 1962, the corner was paved as surface parking, and a new modern entry facing Green St. was constructed to face the new parking lot. 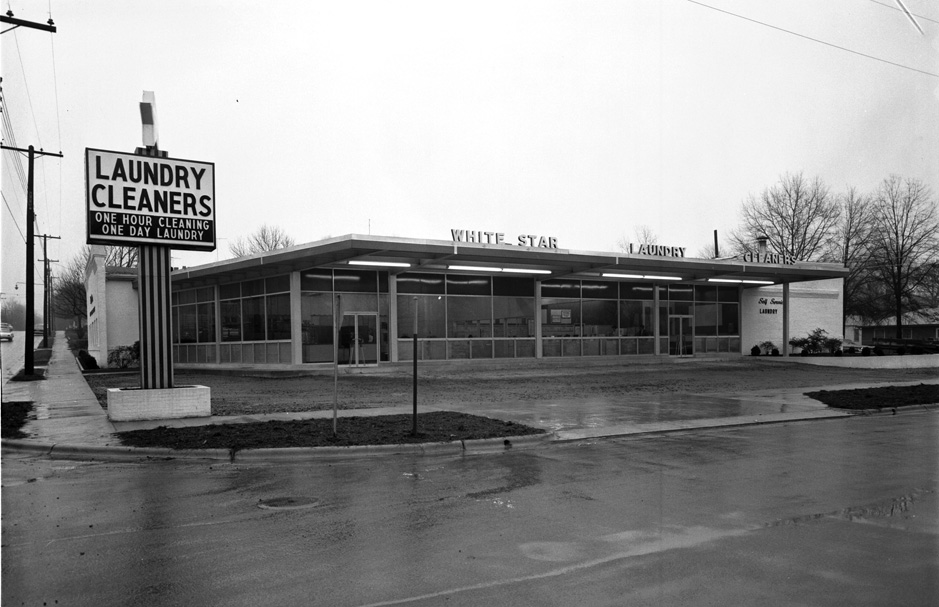 That's a particularly interesting post. I especially took a small joy in the now huge trees behind the laundrymat, because they've survived too!

It's amazing how original the

It's amazing how original the building has remained. It's a shame they lost the business name in letters on top of the structure. Perhaps Durham's stringent sign rules??

Off topic, but I used to take

Off topic, but I used to take my clothes to the Jack Rabbit Laundry in Durham in the late '60's. They also served as my bank since they'd routinely cash checks for over the amount of the bill. Wonder what happened to them?

What is that large concrete

What is that large concrete pool in the upper left hand corner of the photo? It's still there today, although it's covered by woods and fenced off, and I've always been curious as to what it was.

Tim: good eye! Could that be

Tim: good eye! Could that be a reservoir for the mill that was torn down?

Tim, PeelThe pool is a former

The pool is a former mill pond that was used to collect water coming out, not going in. There were several of these around Hillsborough Road - this is the last remaining one. They evidently were multi-colored at times from the dyes used in textile production.