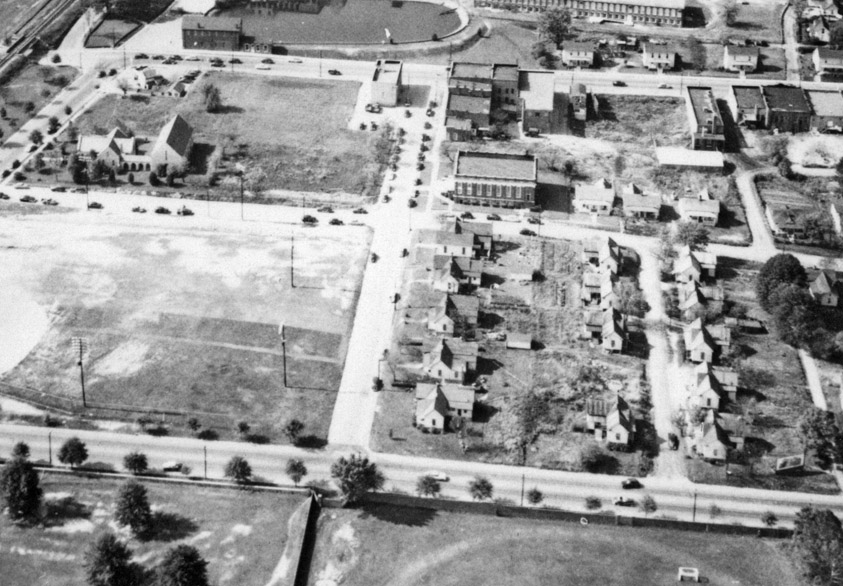 Mill houses associated with the Erwin Cotton Mills were constructed in a centrifugal pattern around the mill from the 1890s-1910s. I've profiled those extending west from the mill on 13th, 14th, and 15th streets here. Several rows of houses extended east from the mill as well; as the commercial district developed along 9th and Perry Streets, a section of these houses was separated from the mill by the business district. These extended from 8th St. (Iredell) to Broad St. at the Trinity College campus.

As Erwin Mills began to divest themselves of houses in the 1940s, these likely presented a greater value to the private market, due to their location near Broad and Main, than many of the other mill houses. It appears that the Southern Fire Insurance Company thought so, at least, as they purchased 5 or more of these houses by 1951 to construct their new office building. They had previously been located in the Geer Building downtown.

Rendering of the new office building as seen from Broad and Perry, ~1950. 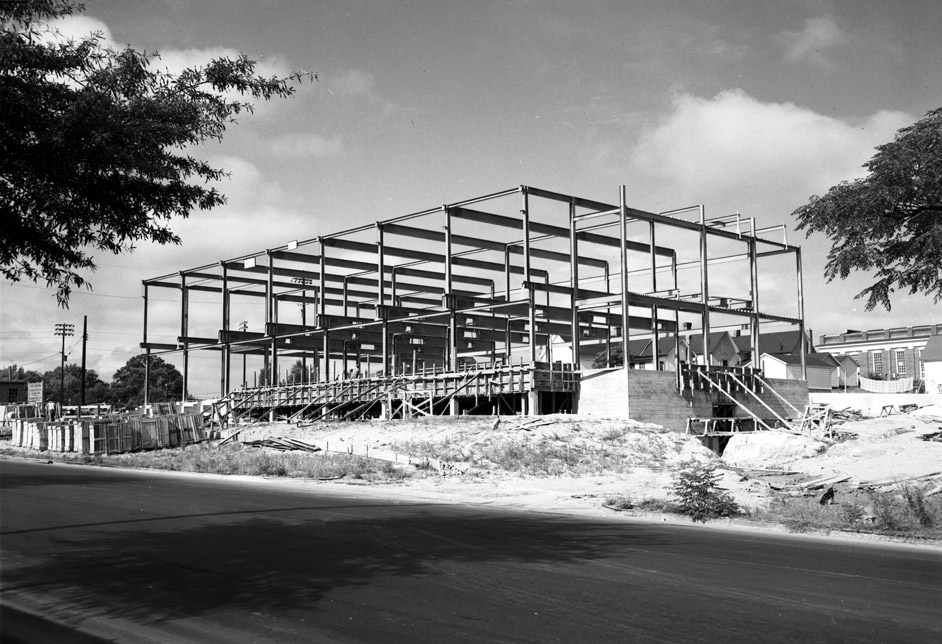 Looking southwest from Broad St. at the building under construction, 02.22.51
(Courtesy The Herald-Sun Newspaper) 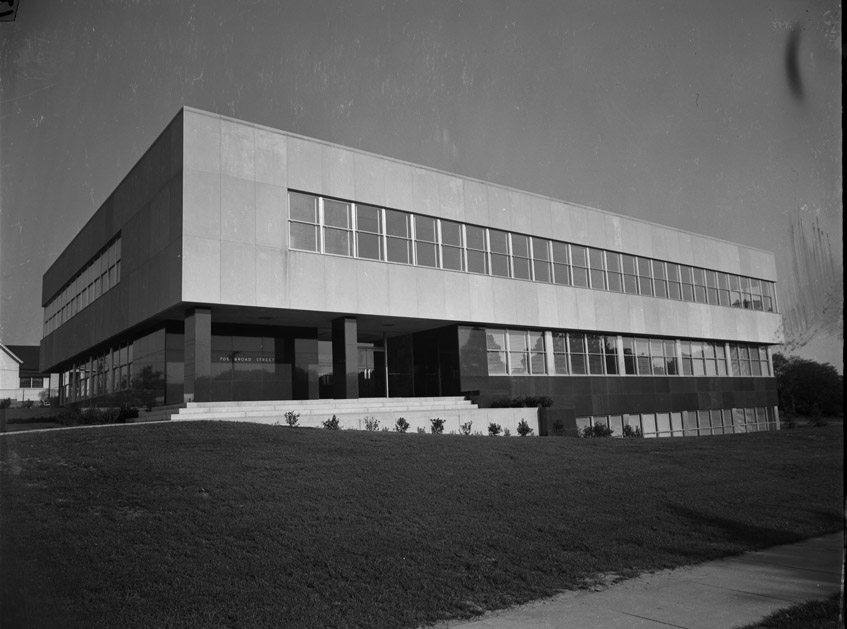 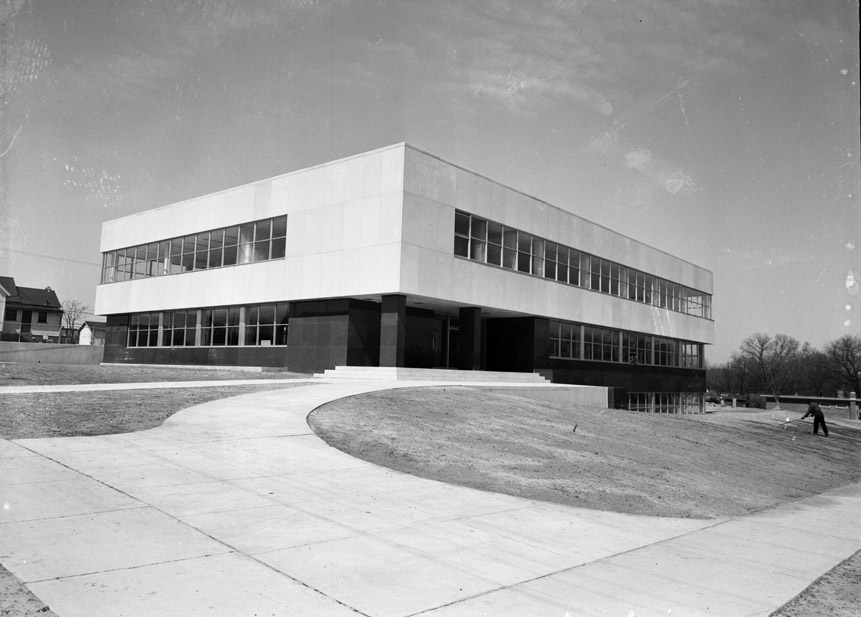 While it appears that the company was folded into the Crum & Forster Group by the early 1960s, the building itself is still referred to as the Southern Fire Insurance Company Building in the 1963 directory. By the early 1990s, the building belonged to Duke, and housed their human resources, which it still houses today.

Looking northwest from Broad and Perry, 4.12.09

This building and those to the north are the subject of the longstanding rumor/plan that Whole Foods will demolish the lot of them and build a new SuperSustainableWholeFoods on the site. We'll see - I don't know if the macroeconomic climate has made Ye Olde A&P seem any more appropriately sized.

Do you know the architect of the Southern Fire Insurance Co. building?

I believe this was Crum and

I believe this was Crum and Forster Insurance at one time.

JMI'm sorry that I don't know

I'm sorry that I don't know the architect of the Southern Fire Insurance Bldg.

If that's a birthday present

If that's a birthday present for Durham, I hope someone saved the receipt...

It was Crum and Forster at

It was Crum and Forster at one time... I had an aunt that worked there for years.

While the position of the

While the position of the building on the site may not be ideal, I actually think this is a nice piece of mid-century modern/commercial architecture. Clean lines and plenty of windows, without simply being a glass box. This is the type of building that is being torn down without much lamentation today, but we may miss 20 years from now...hopefully Whole Foods can either stay where they are, or find a site elsewhere.

I don't know when it changed

Duke bought the building and moved most of its university administrative services there in late 1986. Accounting took the 2nd floor, HR (Employment and Benefits) was on the 1st (ground) floor, and Purchasing and HR (Organizational Development) was in the basement aka "The Garden Level".

Any idea how many blocks over

Any idea how many blocks over the mill houses went towards Watts Hospital? I live near the intersection of Iredell and Greene and would love to know more about my house (even though it is only a rental)