307
South Dillard Street
Durham
NC
Cross Street
East Peabody Street
Year built
1887
Year demolished
2007
Architectural style
Eclectic
Construction type
Frame
Neighborhood
Downtown East
Use
Train Station
Building Type
Institutional
Can you help?
You don't need to know everything, but do you know the architect?
Log in or register and you can edit this. 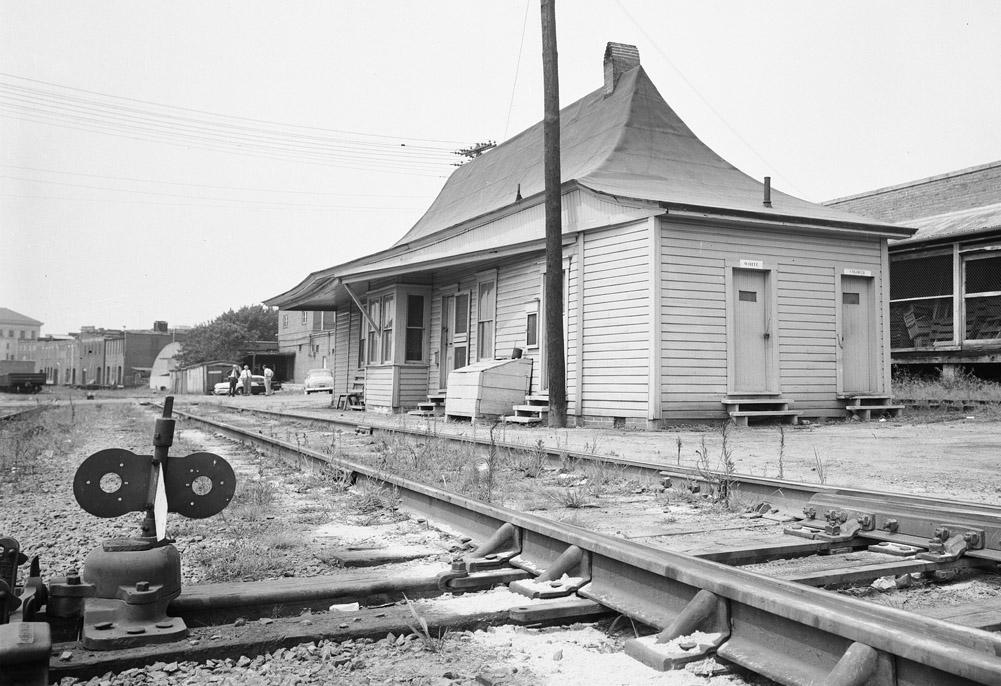 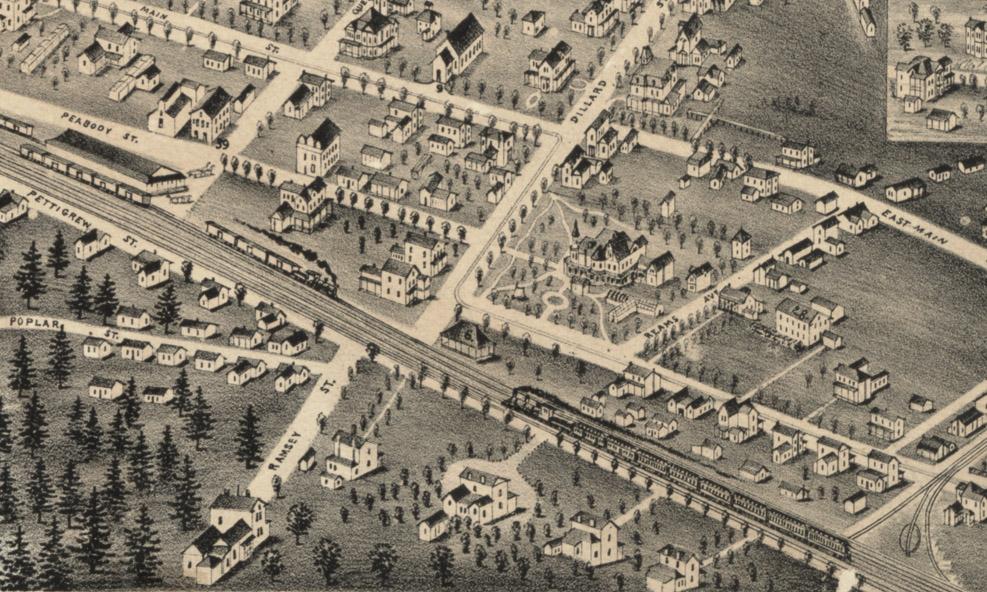 It had, to my mind, one of the coolest roofs - ever, and the front overhang is odd and wonderful. Not wonderful were the segregated entrances on the east side (seen above.) 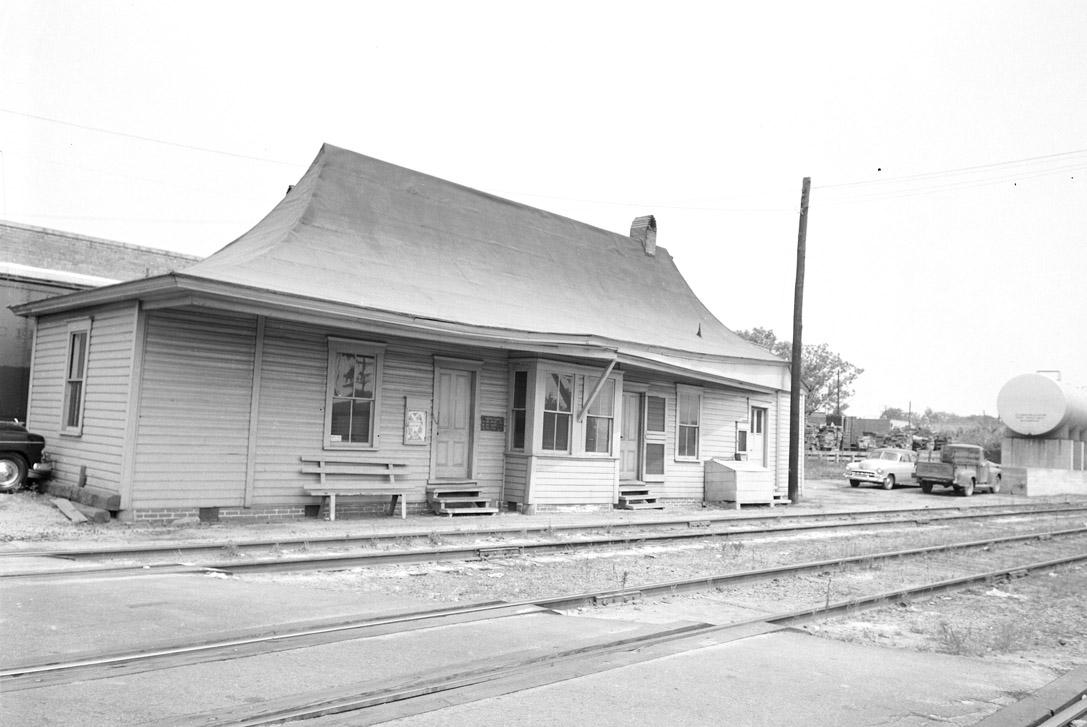 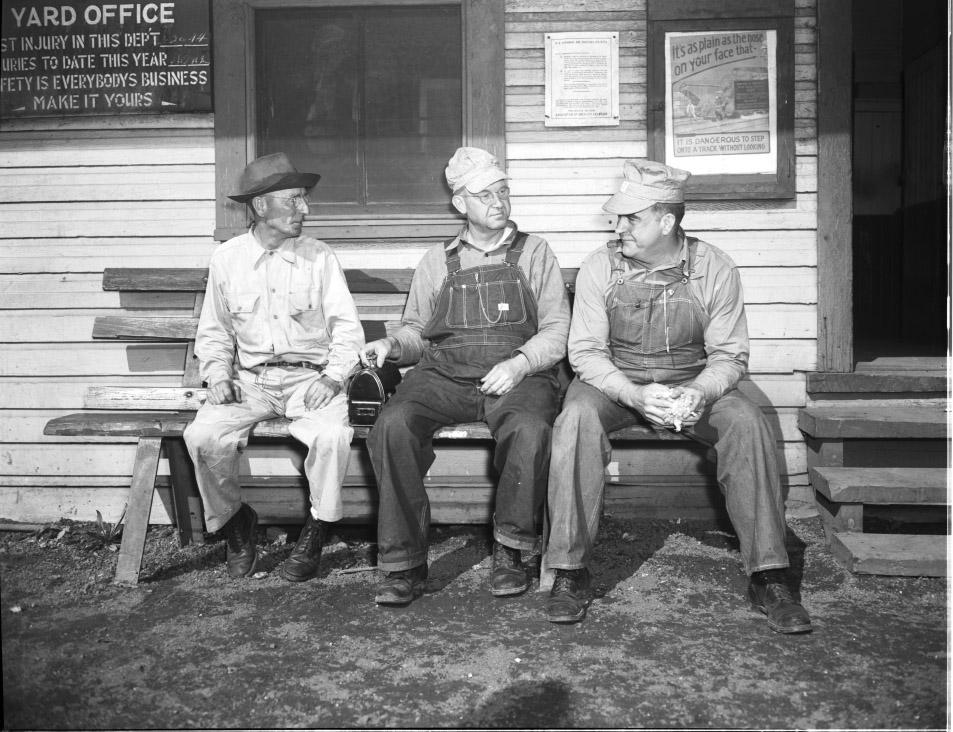 An aerial shot, below, shows the station at the southern end of Dillard St., directly across the tracks from Hayti. (Dillard crossed the tracks to Pettigrew, but did not go further south.) 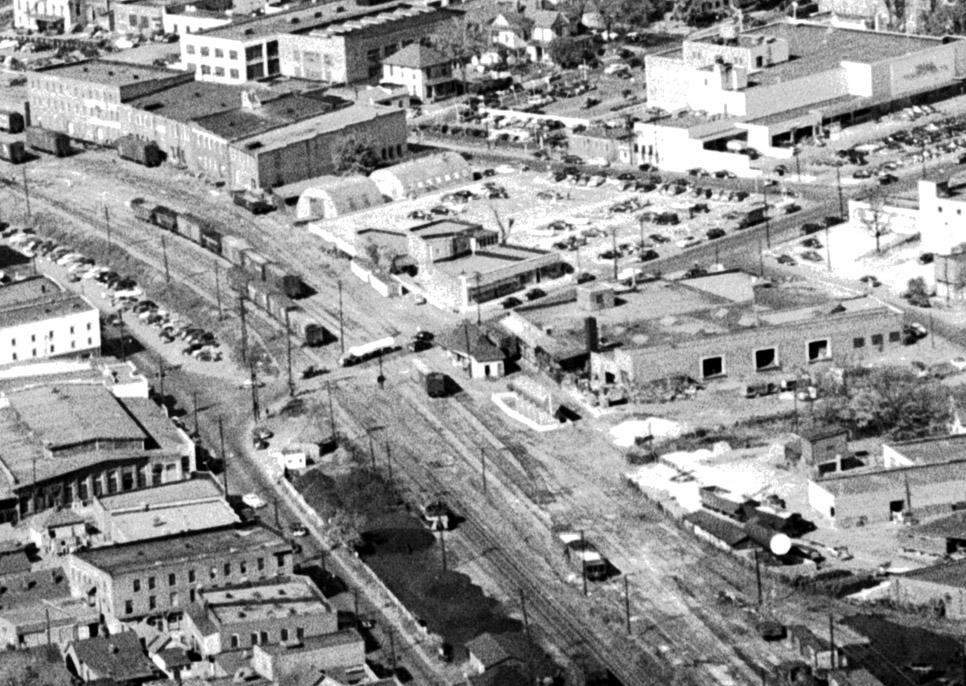 There was a box of a structure here for many years (no cool roof), seemingly covered with particleboard or something similar. At the urging of the folks from 305 South, it was torn down not too long after they opened up. At the time, I wasn't aware of the station, but I've wondered since then if it was the remnant of it. 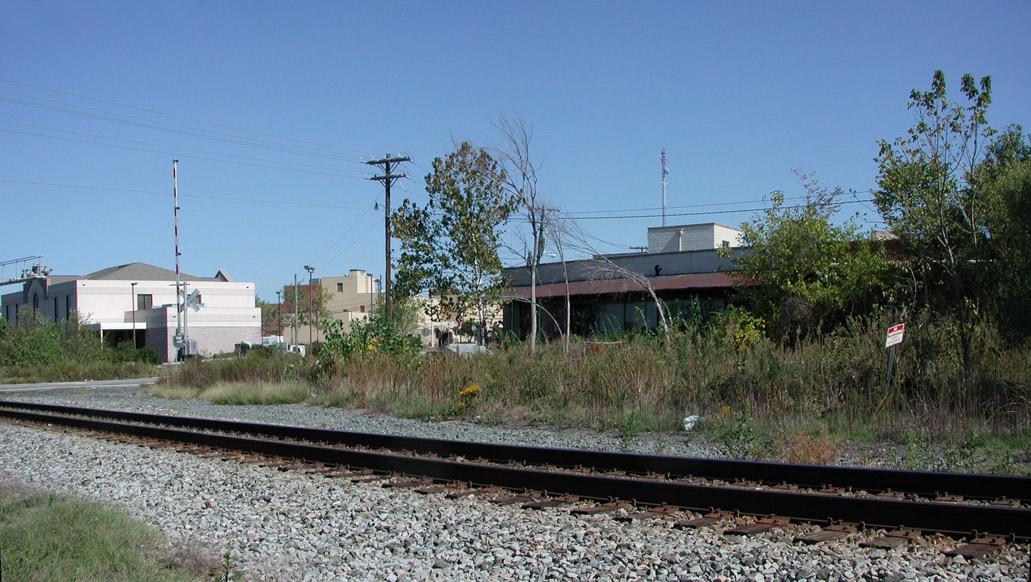 They turned the remaining concrete floor/slab into a place to skateboard. 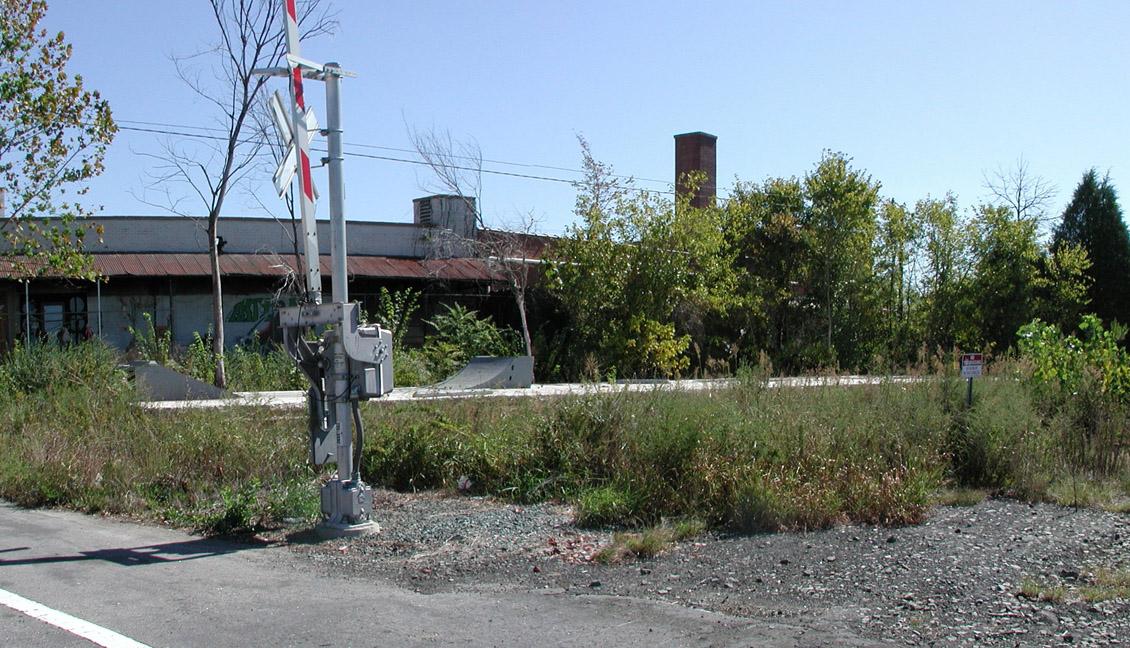 Of course, then the 305 South people went out of business, leaving only the demolished structure to show for their time over here. Thanks guys - let's call it a legacy.

Any idea when this was built? I'm trying to figure out why one would deliberately build a roof like that. If there were still coal-powered locomotives, I guess it would maybe mean flying embers might fall off the roof better, but I can't really believe even that stretch of an idea.

Prior to 1881, but I'm not sure when, exactly. Perhaps the roof had some practical purpose, but perhaps it was just whimsy - or marketing. The different railroad lines were in competition on the same tracks prior to Union Station. Perhaps building the more memorable station was designed to catch the eye of a passenger using the competition.

Perhaps it was a precursor to the Pure Oil gas station? ;)

G: Thanks. Lemme know if you want a t-shirt with the bull on it.

What is your source? It is consistently noted on maps and in the photo notes as the Seaboard station.

Gary I would be interested to learn why you believe this structure was built prior to 1881.

I'm a different "anonymous" than the one who suggested upthread that this depot was used by the D&SC/NS rather than the Seaboard Air Line...but he/she might be onto something.

The 1918 Moody's Manual for Railroads lists Seaboard Air Line as one of the owners of the Durham Union Station Company. So it stands to reason (i fully grant, it's an assumption) that the SAL routed its passenger service from Henderson into Durham Union Station after that station came into service in 1906 or whenever it was.

But it raises in my mind an interesting question....the Durham & Northern, the predecessor railroad which became part of the SAL, was built into Durham circa 1890. During the roughly 15 year period before the Union Station was built, they terminated their passenger service from Henderson in Durham ... somewhere.

It is completely speculative on my part, but I wonder if this station was built circa 1890 by the Durham & Northern and used as a passenger depot, until being made redundant by Durham Union Station, after which it was leased or sold to D&SC/NS (the "original" NS), who made it into town in 1906 on trackage rights, rather than land they owned.

This is a web of guesswork & assumptions to be sure, but it could explain how a "seaboard station" at Dillard Street might have been used by the D&SC/NS from 1906 till 1940-something, when NS passenger service to Durham ended.

My error - should have been 1891, when it clearly appears on the Birds Eye view of Durham - which makes your theory even more viable.

This was the Seaboard depot and it was probably used as a yard office/crew shanty after the Durham Union Station opened. Norfolk Southern Railway's depot was located in the wye connection with the Norfolk & Western Duke Belt Line where Fayetteville Street is now. Most likely, it was demolished after NS was bought by Southern Railway in 1974 since Southern had facilities at their yard in East Durham

Norfolk Southern Railway Depot. This is where Fayetteville Street is now. It was located within the N&W wye tracks. The Seaboard depot was located a block over to the West. I've submitted an entry on the NS depot on another page.