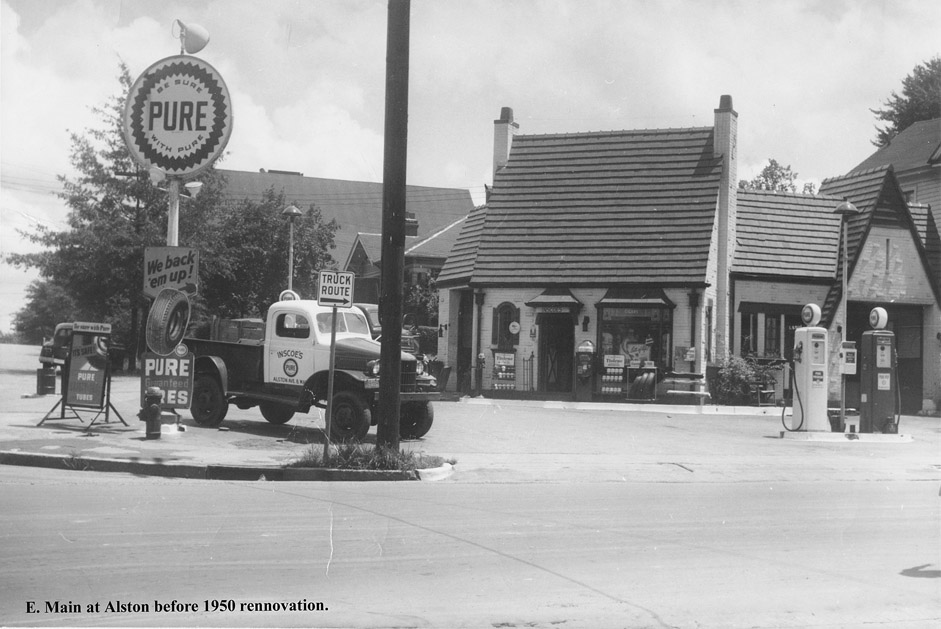 As I mentioned when discussing the Pure Oil Station at Morgan and N. Mangum, a sudden explosion of gas stations in residential neighborhoods during the 1920s met some resistance from neighbors - perhaps a bit aghast that every house on a corner was being torn down for another gas station.

Pure Oil's attempt to make this more palatable was to make the gas stations, ostensibly, look like little houses. One of the few remaining examples of one of these stations in Durham- one of the stucco and blue ceramic roof style rather than the Tudor style - is the former Mill Park Gas Station, located at the southeast corner of E. Main and S. Alston Ave.

The gas station was built in 1929 at the intersection of the Edgemont neighborhood and East Durham - it was a gas station through the 1970s. It was renovated once in the 1950s, and had an awning added sometime after 1965. 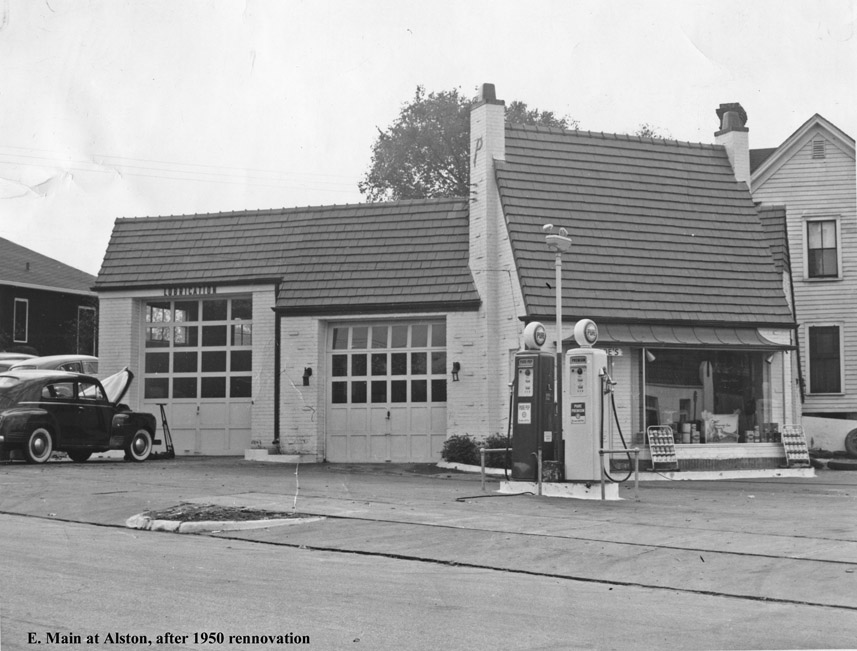 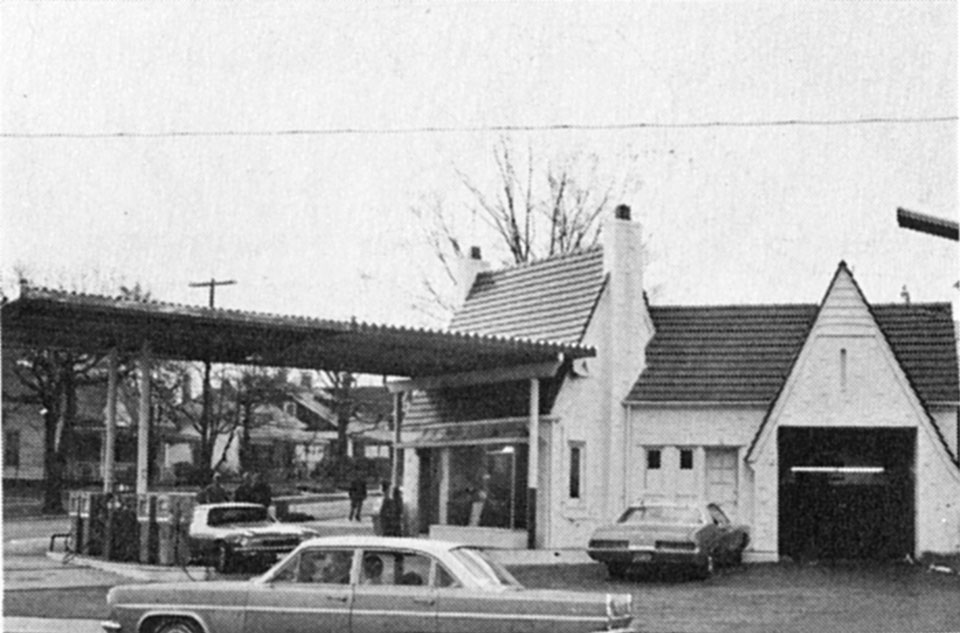 It later lost its awning, and pumps, and is now an auto repair shop. 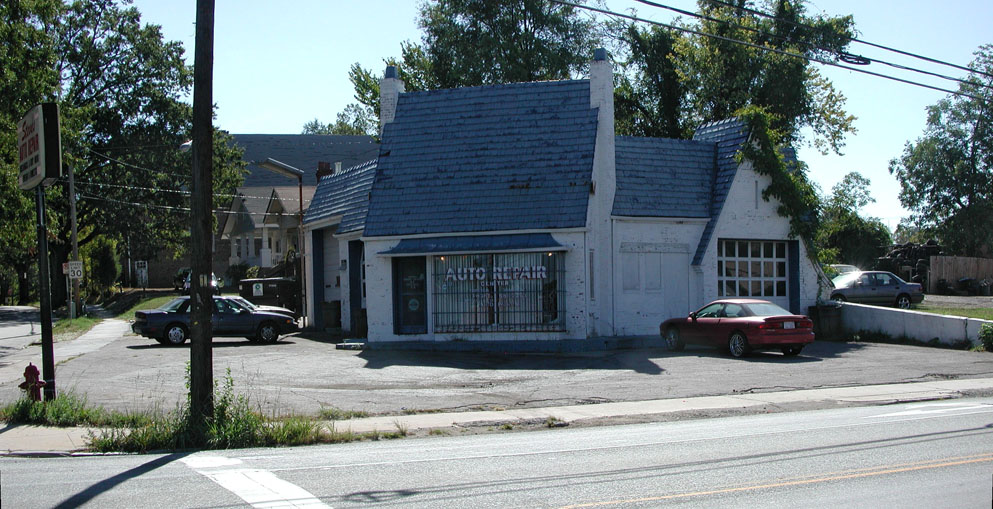 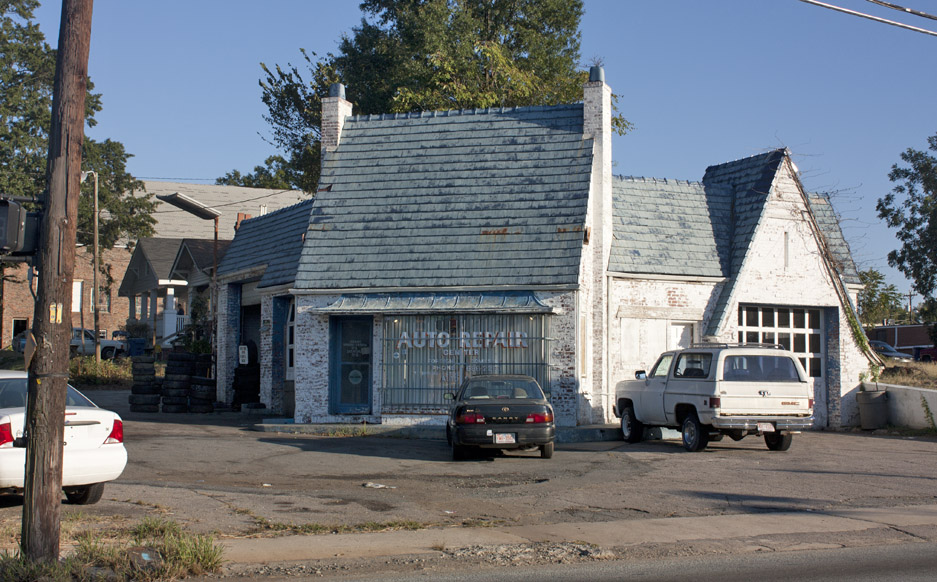 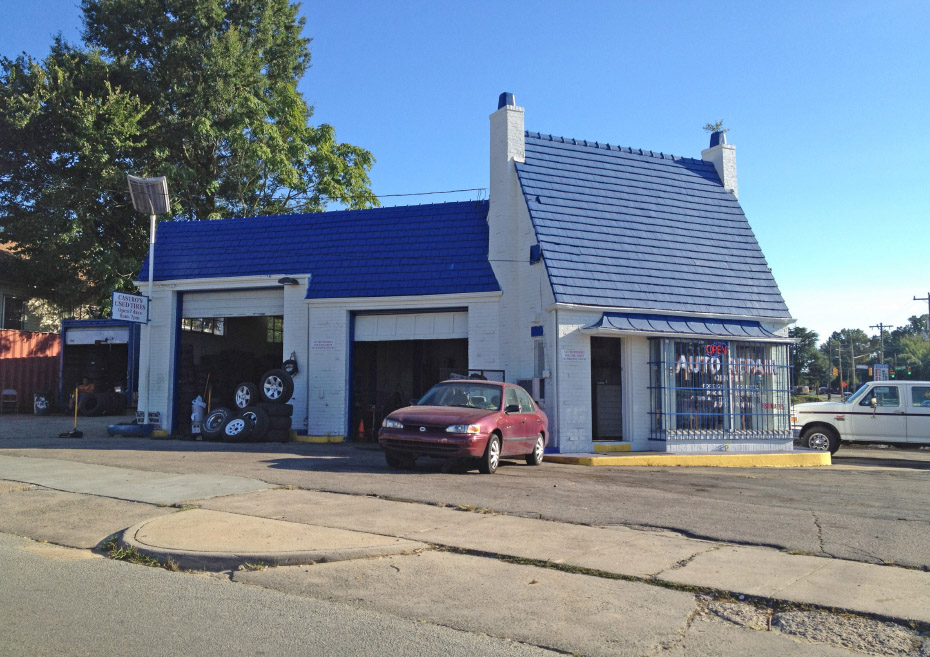 The awning to the Pure

The awning to the Pure station was added sometime after 1965. Directly across the street, and seen in the earlier photographs was the Fuller Memorial Presbyterian Church.

I treasure the one in Durham

I treasure the one in Durham Central Park at Foster and W. Geer St.

The one near the corner of Hillsborough and Main is less appealing. Perhaps it was built later? I'm still glad it's there, though.

Next to this ' Pure Oil

Next to this ' Pure Oil Station', as I liked to call it back then, was the Edgemont Free Will Baptist Church, where I thought Hell was the only end for me, due to the preaching of Joe Ange and Ronald Creech.  They could really get you caught up into the right and wrong of living.

R.A.Glenn was my Sunday school teacher for awhile and had me to kneel down and pray with him before I went into the Marine Corps.

He was a wonderful man and teacher, but Neil Mixon and myself would oftentimes sneak out of his class and go to the Pure Oil Station for a Pepsi.  R.A. was killed at IBM in later years by a disgruntled employee and R.A. was only trying to help the man.

One day I took a deep breath and went into the Pure Oil Station with a quarter, hoping to purchase my first condom in the pretty machine they had on the wall.  Just as I started turning the crank, a man came in and I immediately stopped and pretended I was doing something else.  I'm sure he realized what I was doing and I must have been all of twelve years old.  I had no reason to buy the thing other than to just see what all the fuss was about.  Across Alston Ave. from the station was Talley's market and on futher down and around the corner was Earl Warren's barber shop where I would get a GI haircut and glorious shoe shine while listening to the popping of the shine rag. This was Edgemont at it's best for a little boy who could ride his skeleton bicycle through the streets and jump the curbs, half killing myself sometimes.  We could walk or ride our bikes all around the area without fear of anyone harming us, except for the other boys who were the bullies.  I soon learned to carry a switchblade my daddy had given me, but of course mother found it and threw it away.  Good thing she did too, because I probably would have used it sooner or later.  Sweet memories of a slow and decent time that will never return.