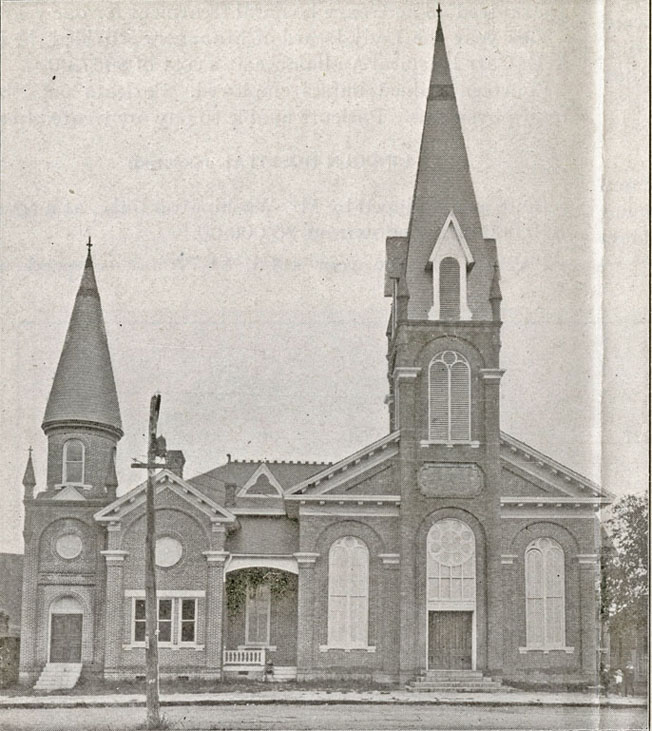 In 1876, Dr. Columbus Durham was employed as a full-time pastor, and the name of the church was changed to Durham Baptist, as another congregation to the north of Durham had also taken the name Rose of Sharon. In 1878, the church wanted to move to the center of town, and purchased a lot on Mangum St. They constructed the church soon thereafter. 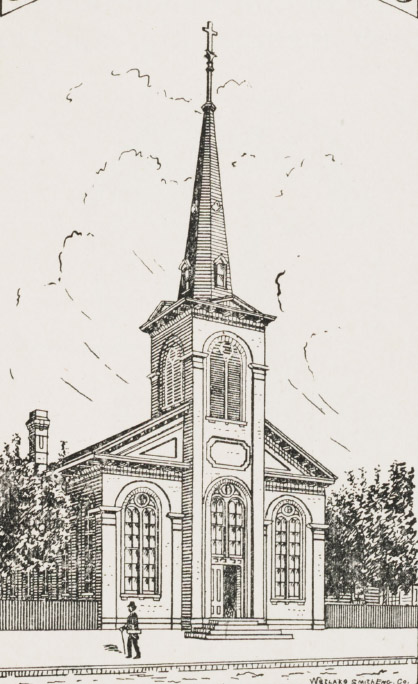 In 1896, the church was expanded to the south with a chapel addition. 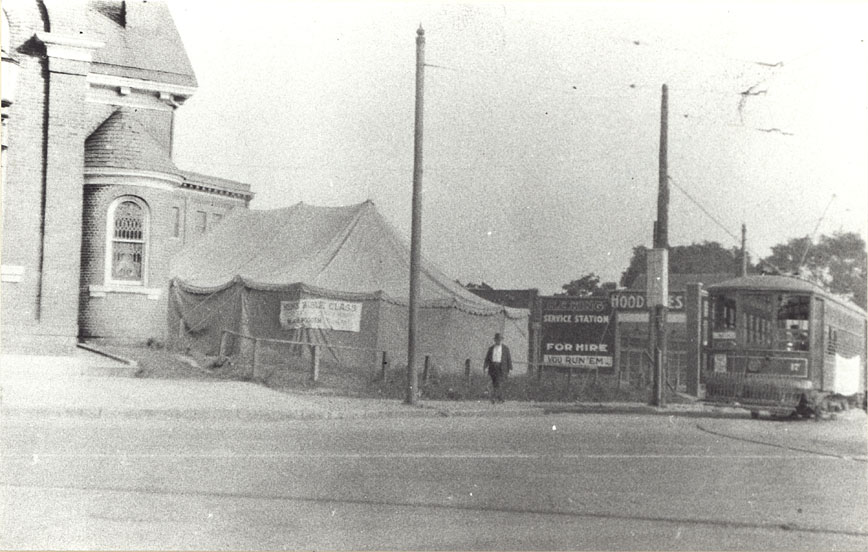 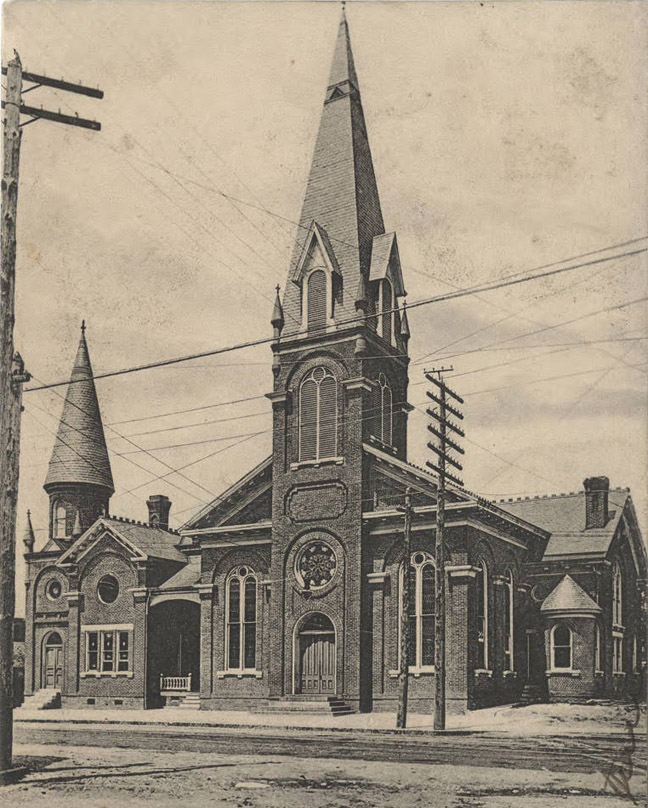 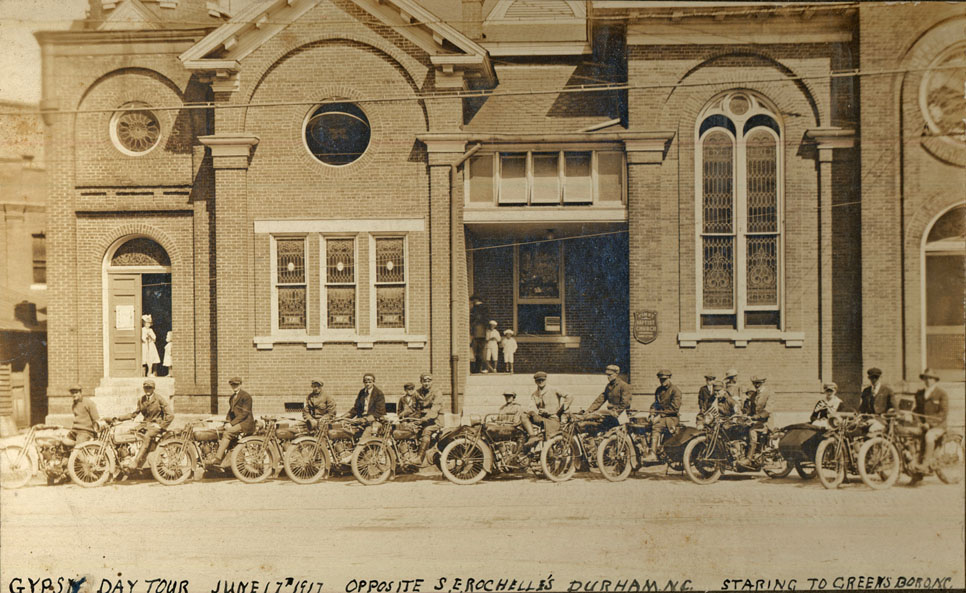 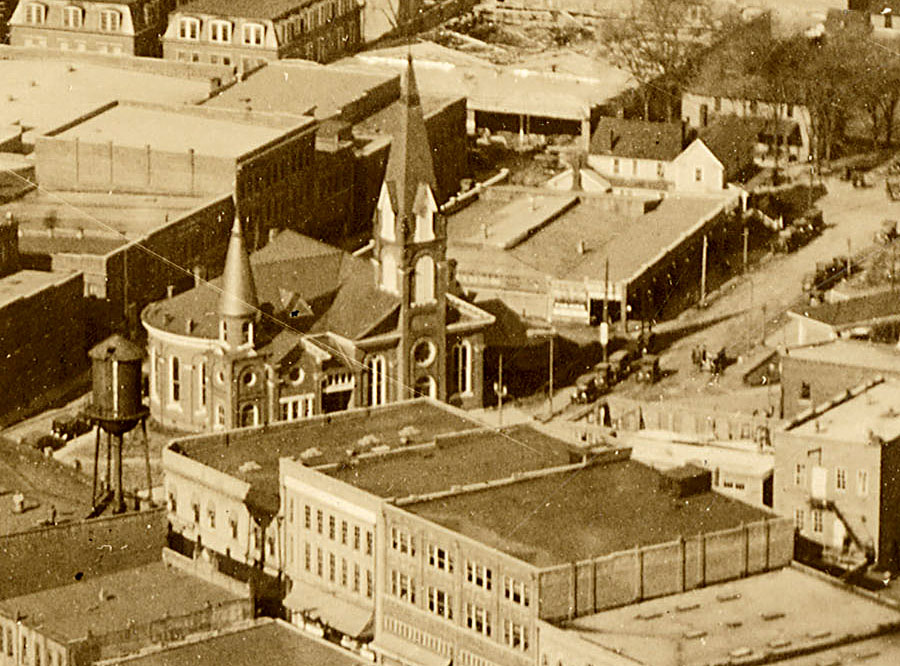 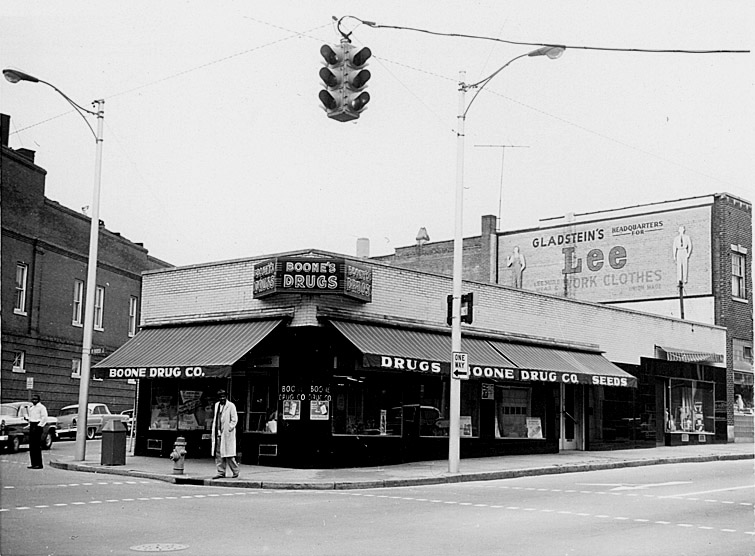 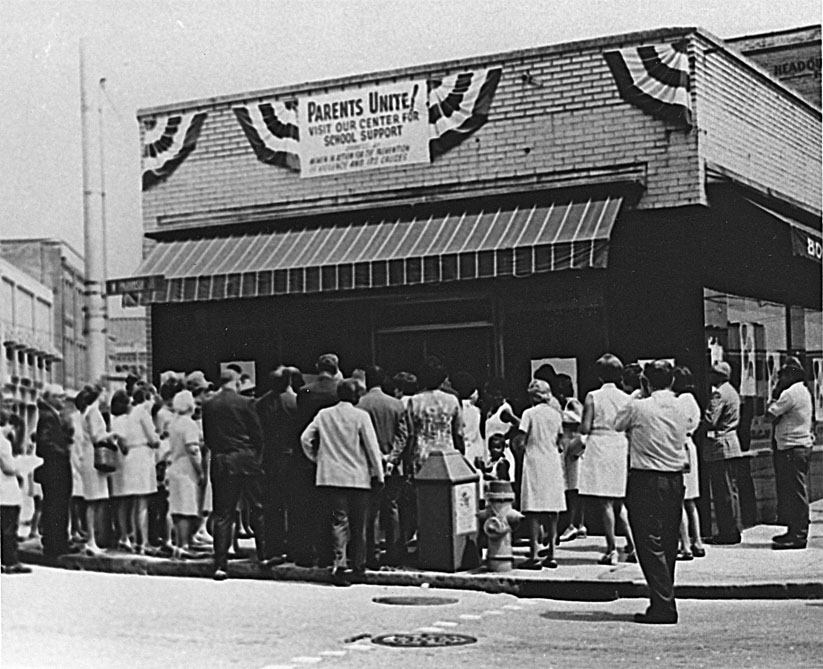 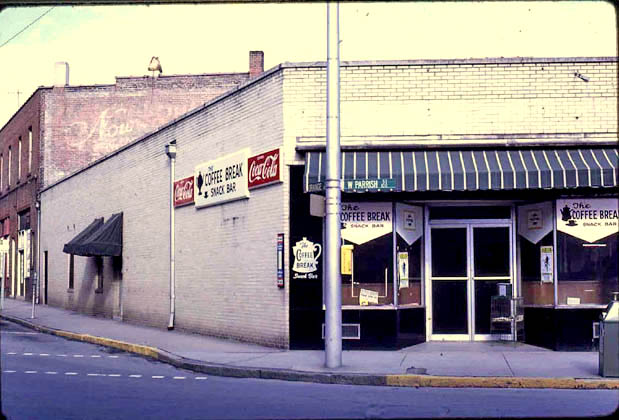 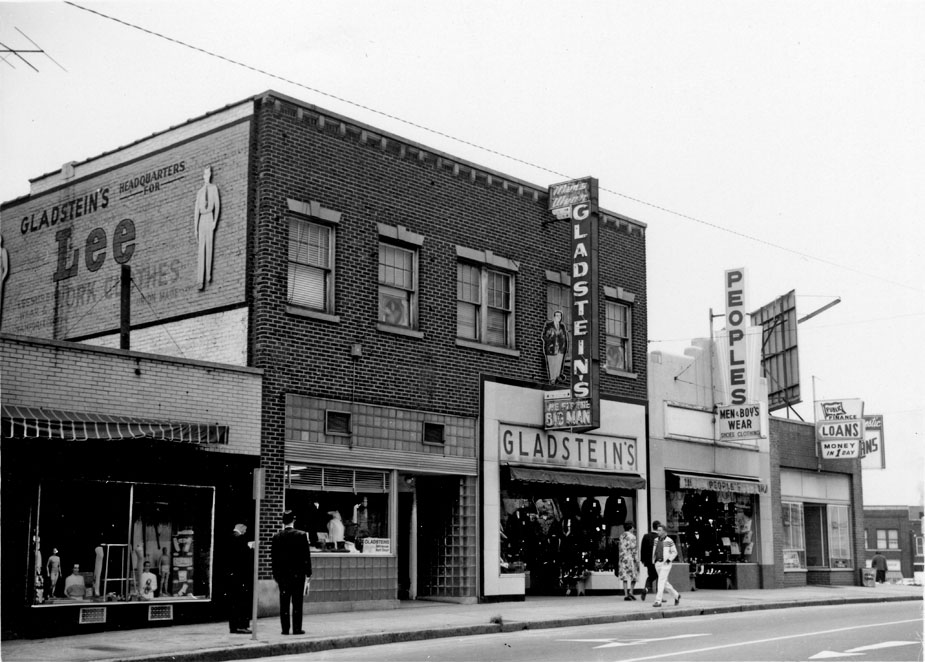 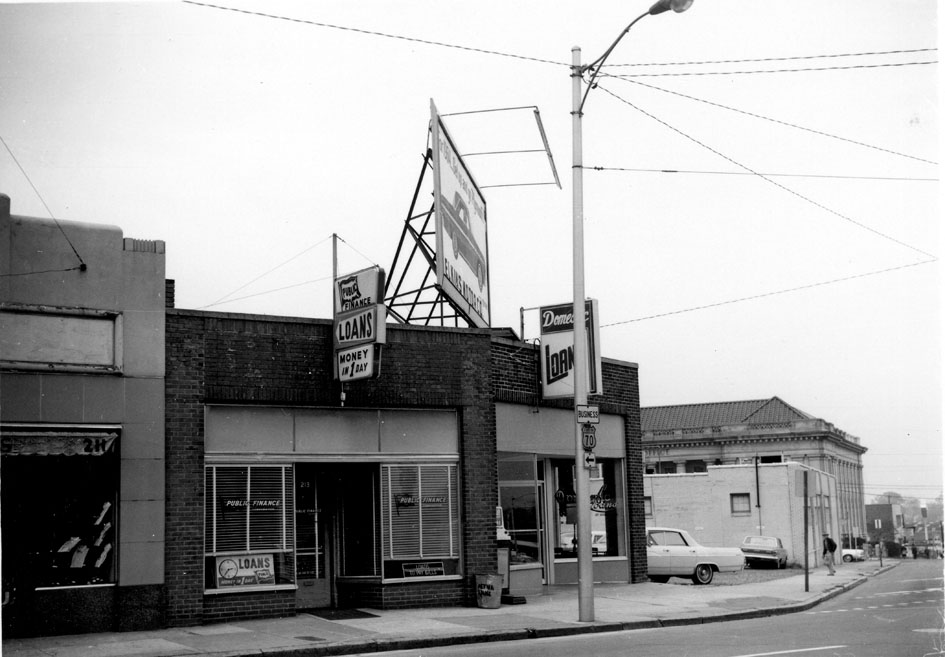 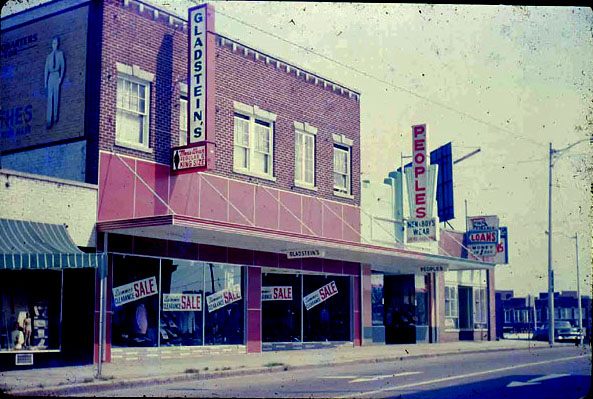 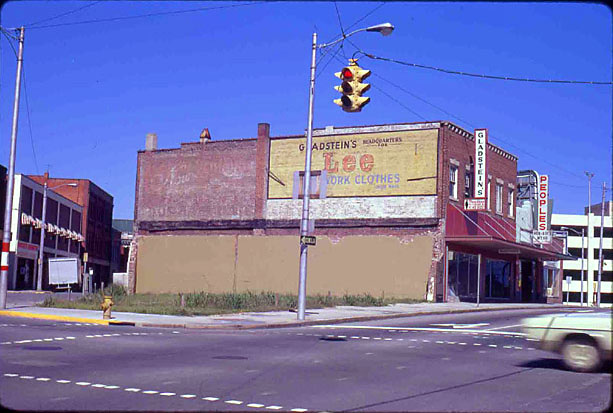 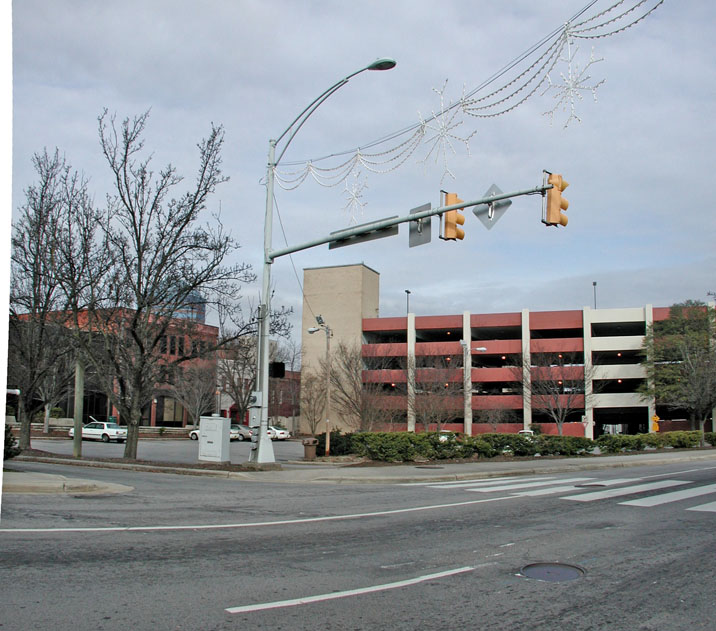 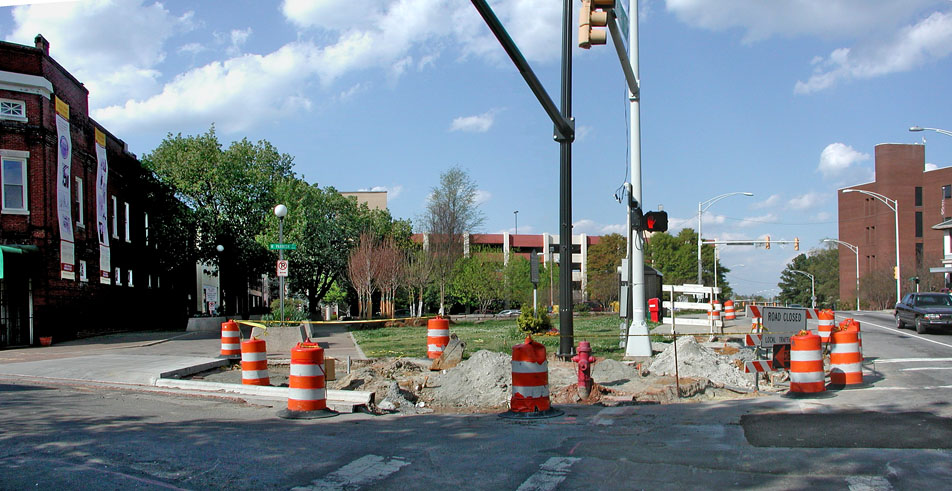 Do you have a picture of the

Do you have a picture of the church front today? Were the details shown on the front of the postcard rendition painted over? Thanks for such a great blog!

CocoIt is all the same site.

It is all the same site. The church was torn down and replaced with the commercial buildings, which were torn down and replaced with surface parking. The second-to-last picture would be somewhere near the front of the church. I'm not sure what you are referring to about painted over - in comparison to the first picture? I don't think they were - it may just be the exposure/light of that picture.

The North Carolina State Archives has a fantastic picture taken in front of the First Baptist Church in 1917 -- a "Gypsy Day Tour" of Harley motorcycles led by Durhamite SE Rochelle:

From a gorgeous if somewhat

From a gorgeous if somewhat ill-sited church, to a vibrant commercial block, to...a surface parking lot right in the middle of downtown. Unbelievable.