Red Mountain, so named for the hilly, red clay terrain on the west side of the Flat River was the site of a Tuscadora Indian village (possibly a seasonal village only,) located near the falls of the Flat River. A nearby flint quarry supplied raw materials for tools and weapons. The Tuscadora ('Hemp Gatherers') also raised bison, which they evidently drove into a pit uncovered near the Flat River. The surrounding area was a fertile hunting ground, and a waypoint on the Indian Trading Path.

A battle between incoming European settlers and the Tuscadora was fought near Red Mountain in 1711, as the Native Americans defended their turf. I don't know the immediate fate of the Tuscadora in the latter 18th century, but Red Mountain first appears as a place of European-derived settlement in 1825, when a post office was established in John J. Carrington's store.

Carrington served as the postmaster for several years until he moved to Tennessee. The post office was then established in the store of Abner and Harrison Parker.

The Parker family, the Jones family, Hopkins family, Carrington family, and Horner family were all located in the Red Mountain area in the first half of the 19th century. By the 1850s, the Bowling family was established at Red Mountain as well.

In 1850 George W. Jones established a mill at Red Mountain, located on the Flat River, which he operated until 1870, when it was taken over by the Bowling family.

The first church in the town was the Shady Hill Meeting House, likely built in the early 1840s and located on the Parker plantation.

In 1874, the Rougemont Baptist Church was established, led by Reverend John Mitchel, and in 1878, the Red Mountain Male and Female Academy started in the former Parker store by RB Blalock. 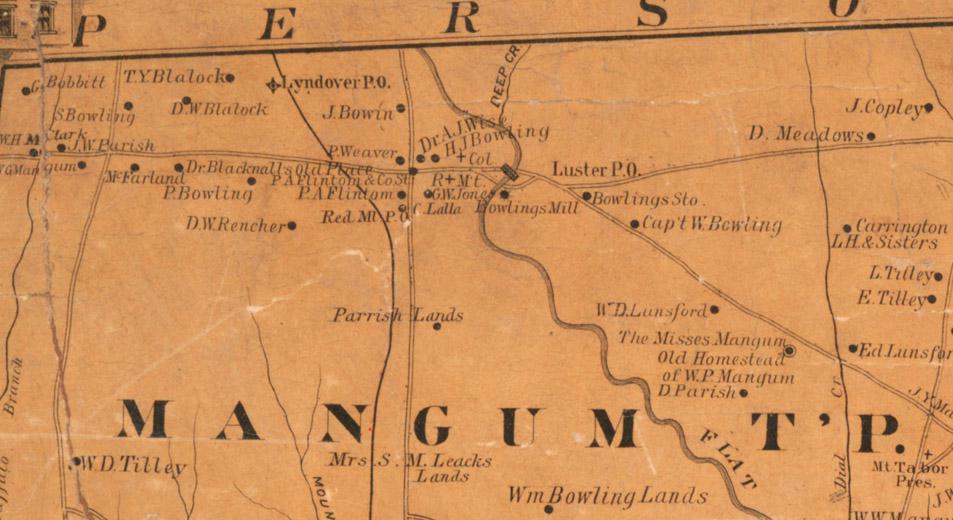 In 1887, construction began on the Durham and Lynchburg railroad at Lynchburg (actually the Lynchburg and Roxboro, while Durham began construction of the Durham and Roxboro.) The line would pass near Red Mountain, closer to the crossing of Red Mountain Road and the Roxboro Road than the Flat River. A post office was established along the route in 1888 - this 'western suburb' of Red Mountain and the post office were called "Bowling" until the wife of the first station superintendent, in some momentary Francophilic ardor, decided to rename the station "Rougemont." (Red Mountain, in French.) The Durham and Lynchburg railroad was completed in September 1890, and became part of Norfolk and Western soon thereafter.

As occurred anywhere the railroad came through, smaller communities (often centered on the streams and rivers,) faded in importance relative to those on the new railroad line. The area of the depot ('Rougemont') gained population and mercantile establishments as the area to the east on the Flat River ('Red Mountain') dwindled. Simeon Bowline, H.E. Carver and Company, SF Gates, CL Suitt and Company, and WM Bowling all established stores in the Rougemont area in the late 1880s and 1890s. Carver expanded his store "to 4 clerks" in the 1890s, also owned sawmills and bought tracts of timber for crossties and lumber. 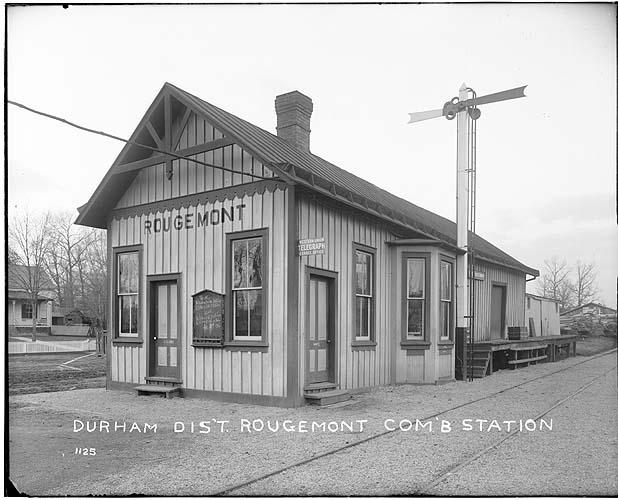 In the early 20th century, Rougemont was renowned for quail and fox hunts - organized by the Toms and Poole families.

In 1924 Rougemont had the only log schoolhouse left in the county - the school for African-Americans - which was soon replaced with a Rosenwald-funded school.

The original train station burned down in 1938 and was replaced with one of similar construction. This depot closed in the late 1960s.

I don't have much information on Rougemont through the mid-late 20th century - given its situation on Roxboro Road, it has continued to grow as a bedroom community for jobs to the north and the south. The town has organized itself on multiple occasions to try to incorporate, thus becoming the second incorporated municipality in Durham County. These efforts have failed in the legislature, due in no small part to the City of Durham.

The town is still possessed of a good variety of late 19th and early 20th century architecture. Unfortunately, the old Bowling mill - still standing in the 1990s - fell during Hurricane Fran in 1996.

One ongoing effort I admire is the town's attempt to save the old Rougemont train depot - the last train depot standing in Durham County (which I think should be embarrassing for a county that probably would still be part of Orange were it not for the railroad.)

The perpetually useless Norfolk and Southern, which abandoned the old Lynchburg and Durham railway decades ago, raised the rent on the old depot structure, which had been in use by a real estate office. Only a portion of the depot remains on site; another portion still exists nearby, and a joining section was demolished.

A group of Rougemont citizens have organized Save Rougemont Depot to move both sections back together, out of the N&S right-of-way, reconstructing the middle section. My kudos to them.

The City of Durham has attempted to purchase both the old beltline and this line for years to extend its greenway system. The N&S initially agreed and then balked at selling the old Lynchburg and Durham line, evidently because they continue to do so much good for neighboring communities with that property. They agreed to sell the beltline, but the high price combined with the economy has doomed that transaction. 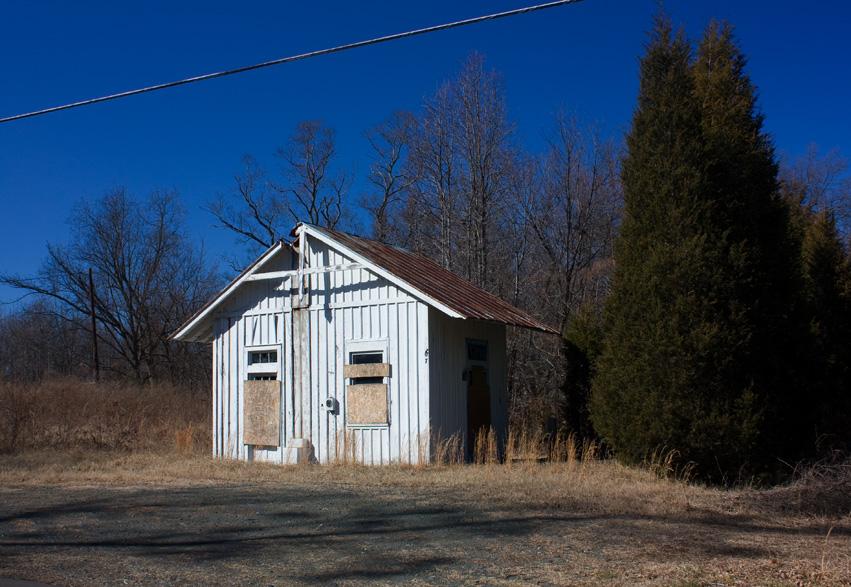 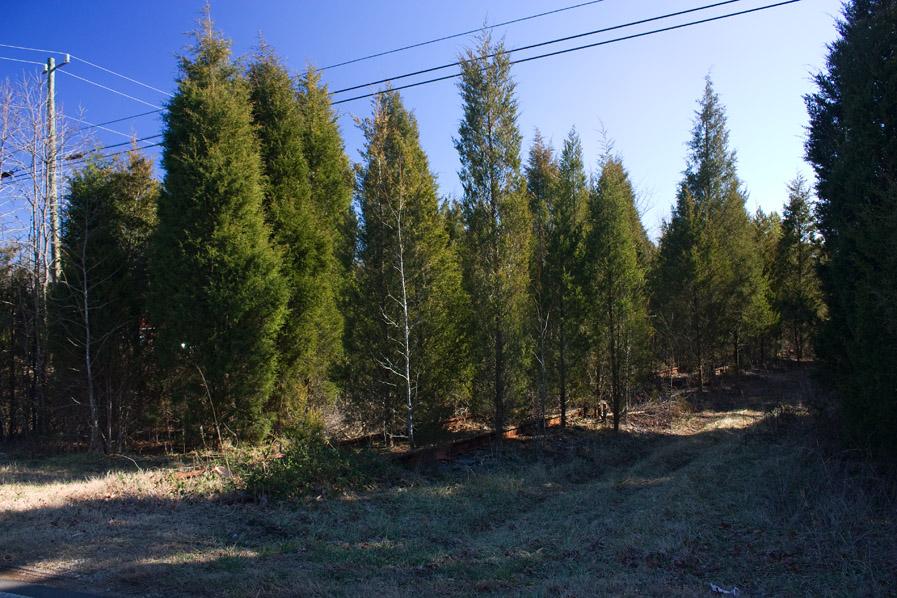 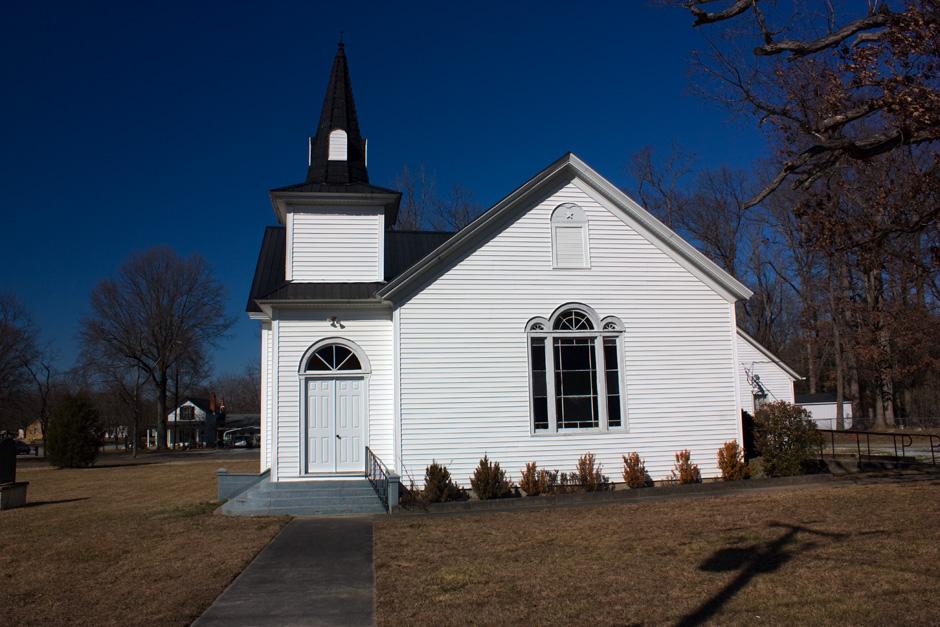 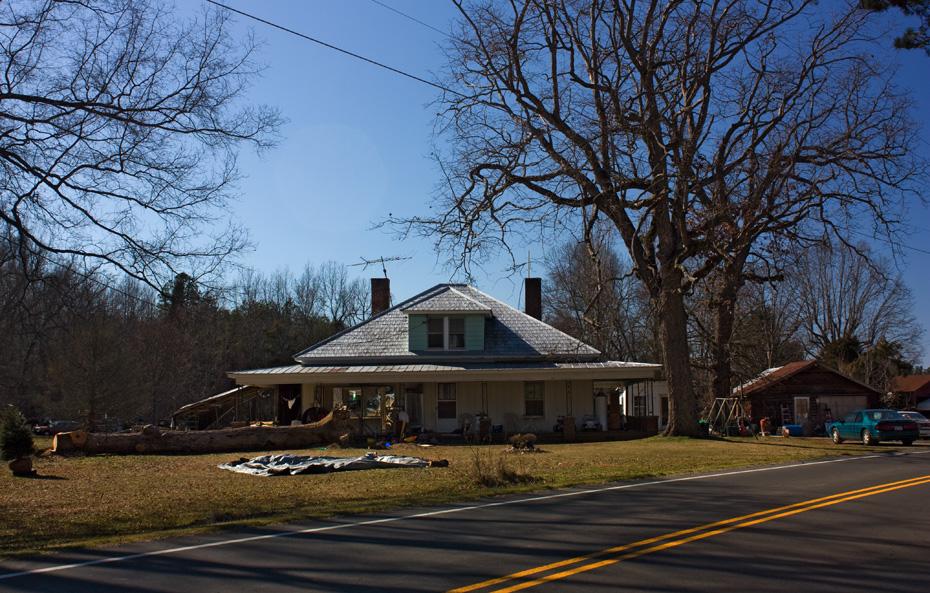 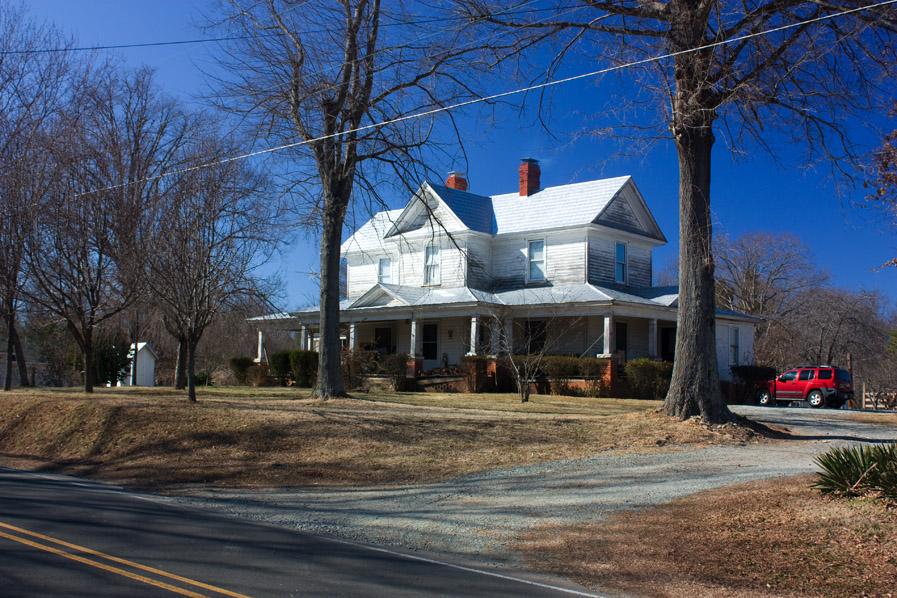 The James Young house on the north side of Red Mountain Road, 02.07.09. His lumberyard was located on the south side of the road.

And a non-historic, but notable piece of architecture, the "Rougemont Castle" on top of Red Mountain. 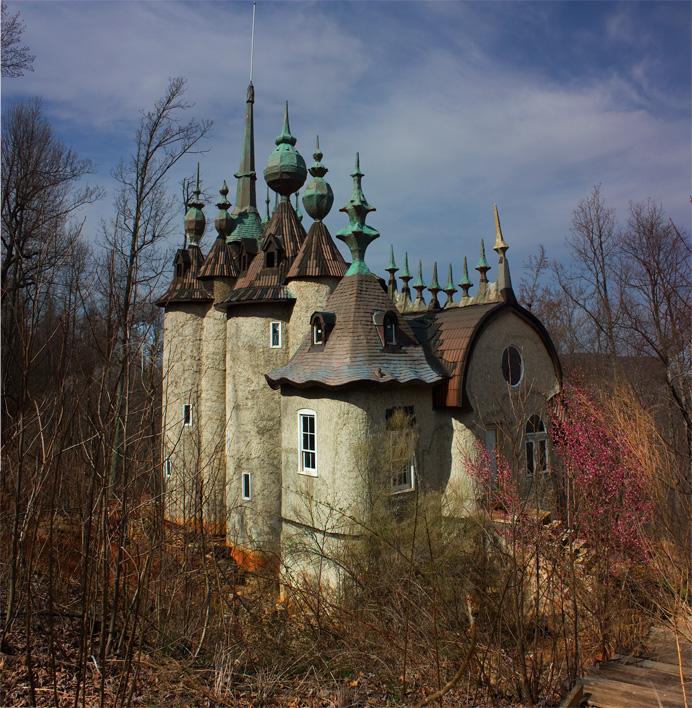 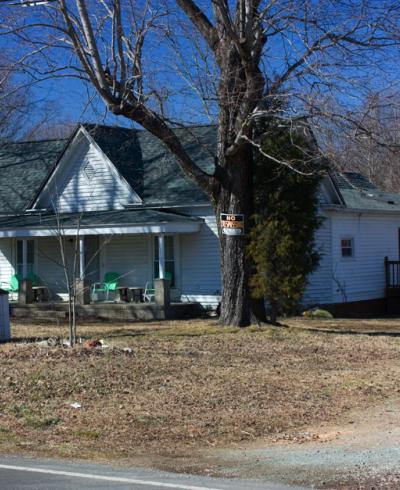 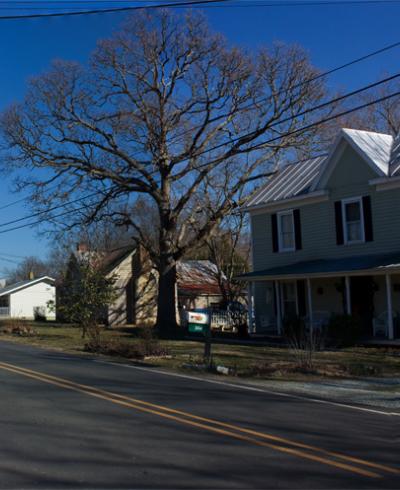 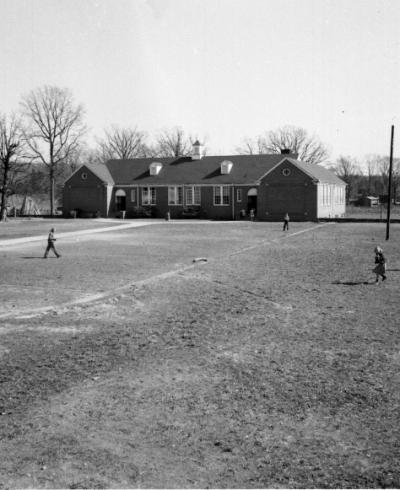 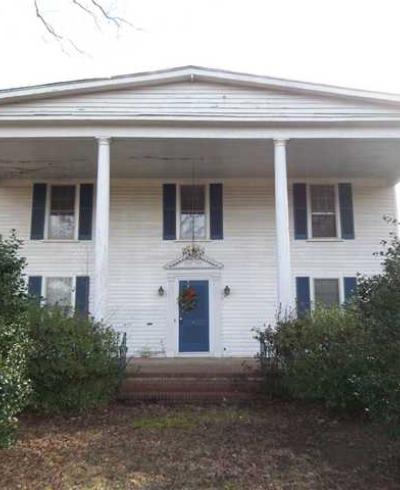 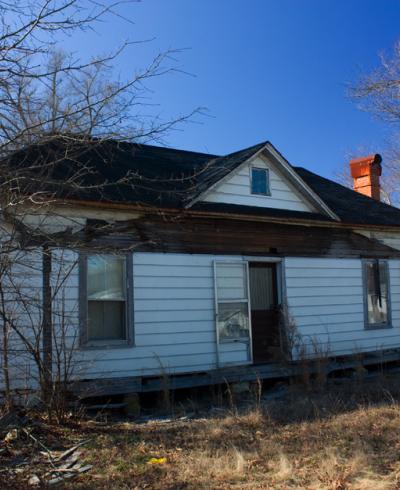 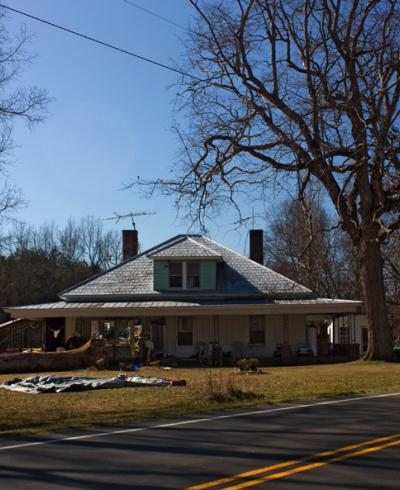 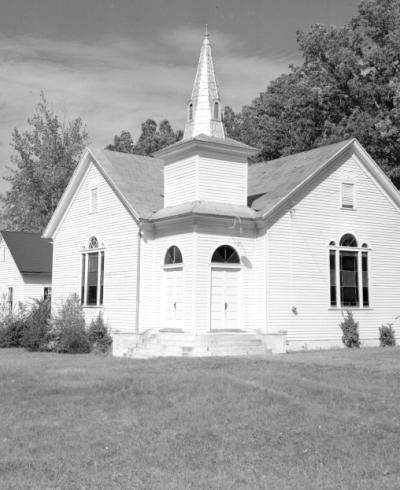 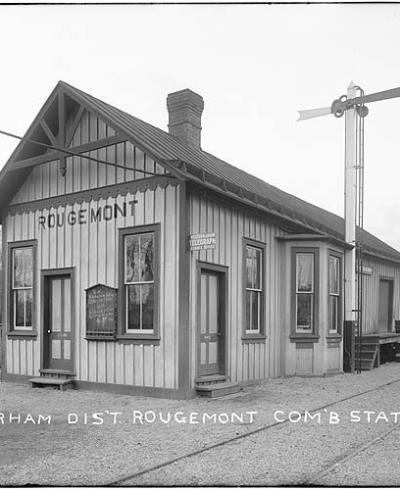 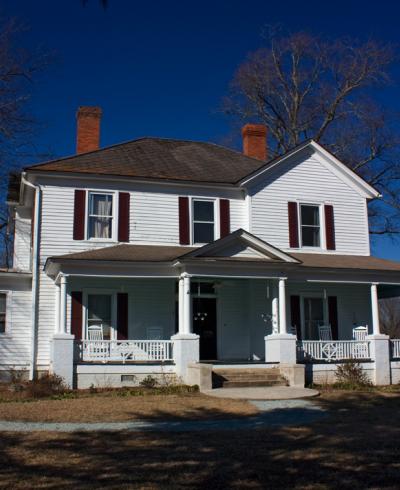 Mangums's Corner, 1914, marked with "Store" to the right of the marking for Mt. Tabor Church. Sam T. Mangum built his home and store at the crossroads of Hampton Road and Hall Road between 1900 and 1914. He located his store on the southeast corner and built his house on the northeast corner. The house was built as an impressive frame Victorian...
Read More 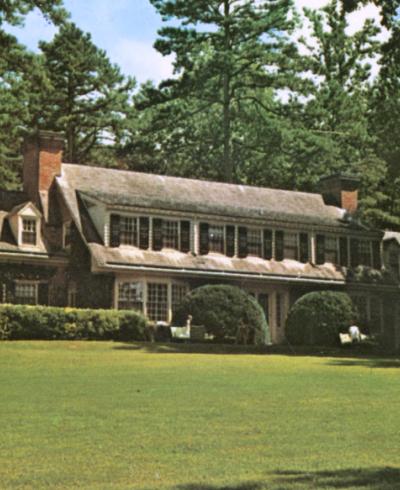