OF all of Durham's neighborhoods' that evolved at the turn' of this century, Lakewood bore the most particular relationship to the trolley system and soon became the most popular area in Durham. This popularity was not generated by subdivision of land and home building, but by Lakewood Park, the entertainment center developed by Richard H. Wright on the tract also occupied by his Durham Traction Company's trolley sheds. This southern terminus of the trolley line, which also served as the transportation system's company shops, earned the distinction of being Durham's major recreation area until well into the 1920s.

The present area of Lakewood is quite large, extending from Morehead Avenue south almost to Highway 15-501 Business, and as far east as Rosedale Avenue; Chapel Hill Road and Jersey Avenue form the western boundary. As the traditional link between Durham and Chapel Hill, Chapel Hill Road was the natural focus for early development in Lakewood and retains its position as the heart of the neighborhood. Until the turn of the century, most of Lakewood consisted of relatively small family farm operations, several of which were dairy farms. An exception was Julian S. Carr's farm, WaWa-Yonder (sometimes "Yonda"), that occupied most of the southeastern quadrant of the neighborhood. No buildings associated with Carr's farm are known to have survived. It has not been determined if this farm was a country home for the Carr family, or solely a working farm.

The only surviving buildings with a confirmed construction date in the 19th century are the large vernacular Queen Anne style Renn- Vickers House at 1812 Chapel Hill Road and the house at 2003 Chapel Hill Road. The Renn- Vickers House, a recently restored two and one-half story frame house distinguished by many narrow windows and rich decoration of carpen- ter detail concentrated at the wraparound porch, was occupied as early as the 1890s by Capt. Joseph R. Renn, a train conductor and later station master of Durham's Union Depot. Although no other 19th-century houses are known to survive here, according to local tradition Renn was one of several early Durham businessmen and tradesmen who preferred to live in the country, yet remain close to the easy access to central Durham provided by the Chapel Hill Road. It would appear, however, that Renn's house was the finest along Chapel Hill Road at the end of the 19th century as there are no reports of any other houses on such a handsome scale located there.

Lakewood's start as a neighborhood came in 1902 when the Durham Traction Company, the city's electric power company, introduced an electric trolley system. The new system's south- ern terminus and headquarters were located at Lakewood Park, an amusement center just devel- oped by company owner Richard H. Wright. The 27-acre park that occupied the low-lying land at the intersection of Chapel Hill Road and Jersey Avenue (today the site of Lakewood Shopping Center) soon carried the nickname "the Coney Island of the South."s In addition to the traditional merry-go-round, dance pavilion and concession stands, the park featured a roller coaster, bowling alley and a swimming pool with bath houses. At the trolley platform facing Chapel Hill Road, a frame theatre was built for the presentation of plays and other light enter- tainment by the Runkel Stock Company; the theatre also was used as a casino. A promoter named Mr. Foster ran the park and arranged such attractions as hot air balloons, fireworks, and a horse that dove into a dug-out pool in front of the grandstand.

Similar to other areas linked to central Durham by the trolley line, Lakewood attracted people who built homes along Chapel Hill Road and its immediately surrounding streets in the first decade of the 20th century. In Lakewood, however, the attraction lay not only in the efficient access to work, services and shopping pro- vided by the trolley line, but also in the multi- tudes of Durhamites drawn to Lakewood Park as visitors. The park created a fresh market quickly served by enterprising citizens who opened stores around the intersection of Chapel Hill Road and Lakewood Avenue, at the south- eastern edge of the park, and built their homes nearby.

The first commercial buildings were simple frame structures. The 1913 Sanborn Insurance Maps of Durham, the first series of the maps to include this area, indicate four modest one-story frame stores along Chapel Hill Road and a two- story commercial building with one-story wings at the northeast corner of Chapel Hill Road and Lakewood Avenue. These businesses included gro- ceries and general merchandise stores, which of course served residents as well as visitors. The most specialized business was a nursery operated by Fred Roll at the southeast corner of Chapel Hill Road and Lakewood Avenue. Roll was one of the first merchants to recognize the profitability of relocating his business from central Durham to suburban Lakewood Park.

Similar to most of the Lakewood merchants, Roll built his home close to his business. His one-story frame house, later remodelled and expanded to one-and-one-half stories, in front of his greenhouses at 2003 Chapel Hill Road, is typical of many of the houses built in the neigh- borhood during the first two decades of the 20th century. Most were one- or two-story frame basic house types with modest turned ornament or neoclassical detail. One of the best preserved examples of these houses is the Crab- tree House at 1807 Lakewood Avenue, built in 1901 for a master mechanic at the American Tobacco Company. The one-story, two-room deep house has a tall hipped roof, central polygonal entrance bay, and a front porch supported by turned posts and capped with a shallow pediment above the entrance.

The finest houses built in the neighbor- hood's first years were sited along Chapel Hill Road. The larger ones ranged from the one-story Holt House covered with sawnwork to the two- story Sessoms-Markham House with a gambrel roof and fluted columns; no architects are known to have been associated with the designs of these houses. The history of these handsome houses, built for central Durham businessmen, establishes the early development of Lakewood as dependent as much upon the extension of the trolley line as upon Lakewood Park. The trolley afforded Durhamites the pleasures of suburban living without the bother of inconvenient com- muting.

Throughout the 1910s and 1920s, devel- opment of the neighborhood paralleled that of Lakewood Park; as the park grew in popularity, Lakewood thrived. The dissolution of the Runkel Stock Co. and the removal of the theatre were the only negative changes to the built environment. All other developments reflected prosperity. The frame store buildings along Chapel Hill Road were gradually replaced by more substantial brick structures, which includ- ed the one-story brick grocery operated by Mar- vin Mangum at 1911 Chapel Hill Rd. W. O. Moss, a real estate man who lived at 1801 Lake- wood Avenue, replaced the two-story frame commercial building at the northeast corner of Chapel Hill Road and Lakewood Avenue with a larger two-story brick building (no longer standing). Two new brick buildings that did not replace earlier frame structures and which re- main standing were erected in the 1920s. At 2009 Chapel Hill Road, Fred Roll built a two- story building as a real estate investment. Prior to 1930, the two-story building that has housed the Davis Baking Company since around 1940 was built. In the same decade, the neighbor- hood's only industry, the Pet Dairy Company, built a brick plant on James Street. This structure has since been enlarged considerably.

During this time, the neighborhood's prosperity was reflected in non-commercial building as well. Similar to other Durham neighborhoods, principal foci of Lakewood were its church- es and schools. By 1913, the Lakewood Methodist Church, which in 1909 evolved from an interdenominational Sunday school in the Lakewood Park roller skating rink, had drawn plans for its first house of worship on Palmer Street. In 1915 the Lakewood Baptist Congregation built a simple white frame church at the corner of James and Bivins streets. It does not survive. In 1924, need for additional space led the Baptists to construct the brick building at the corner of Jersey Avenue and Chapel Hill Road which they still use. In the early 1950s, the Methodists moved to a brick building in the 2300 block of Chapel Hill Road.; their original brick building remains standing on Palmer Street where it has been substantially altered as Masonic Lodge No. 352. In 1922, the original two-story frame Lakewood Graded School at 2115 Chapel Hill Road was replaced with a larger brick school building. This school was razed in 1960 after damage from a snow storm; the YMCA occupies the site today.

Previously undeveloped parcels of land that had been family farms began to be subdivided early in this century, and by the early 1930s popular house types, including many bungalows in several variations, lined Chapel Hill Road south of the park, the 1600 to 1900 blocks of Lakewood Avenue, and the northern blocks of James Street. While none of these houses is known to have been designed by an architect, it appears that many houses, such as the two- story frame Edward J. Latta House at 1421 James Street, were built by prolific local contracting companies after published fashionable designs.

As a result of competition from other parks and changing public taste, Lakewood Park closed in the mid 1930s, not too long after buses replaced the electric trolley system. The neighborhood of Lakewood, however, continued to expand and the businesses established to serve park visitors were maintained by the growing local population. In the late 1950s, the last of the abandoned park buildings were demolished and one of Durham's first shopping centers, aptly named Lakewood Shopping Center, was developed on the site. Although a few signs of modern strip development have arisen along Chapel Hill Road near the shopping center, several of the oldest and finest houses along the main thoroughfare have been restored and converted to shops and offices. Chapel Hill Road south of the shopping center, Lakewood Avenue and James Street remain almost completely intact. Elsewhere, during the last twenty years, the remain- ing tracts of undeveloped land have been developed with apartment and townhouse complexes. 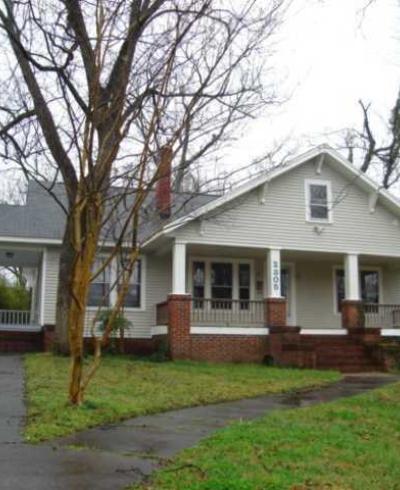 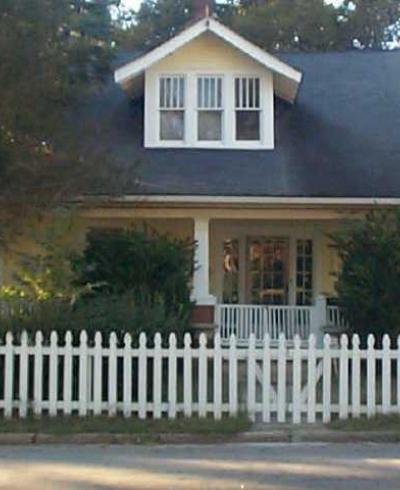 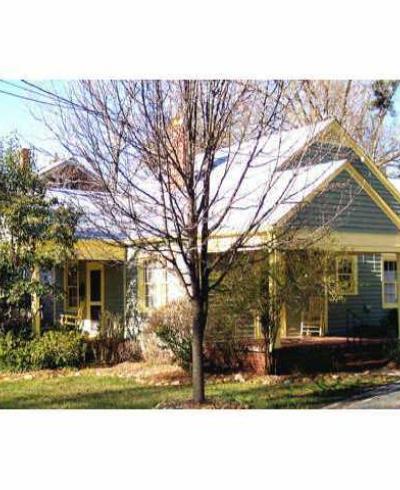 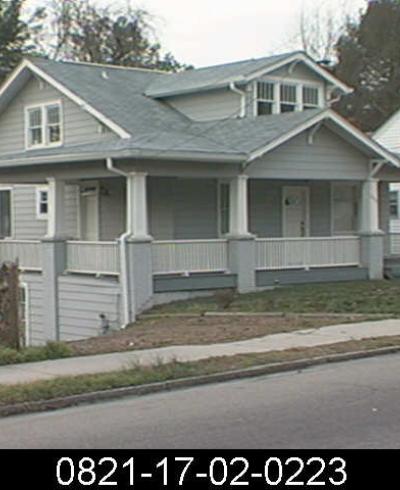 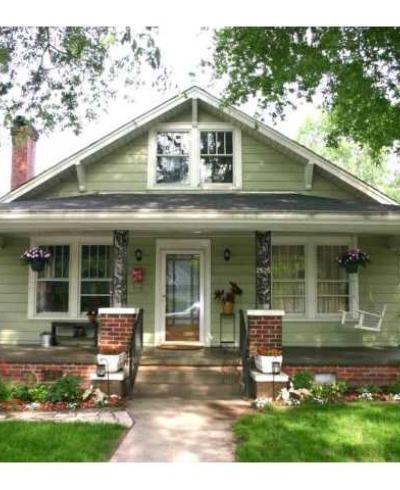 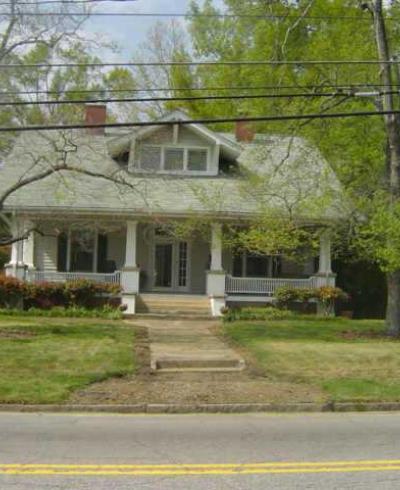 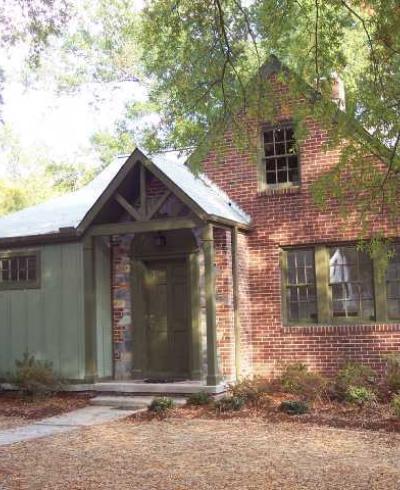 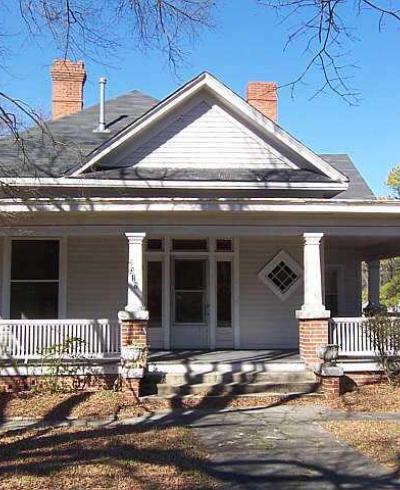 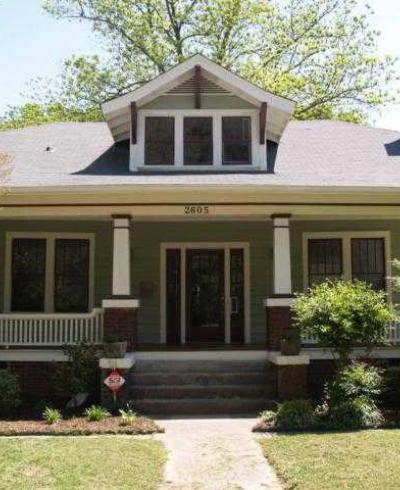 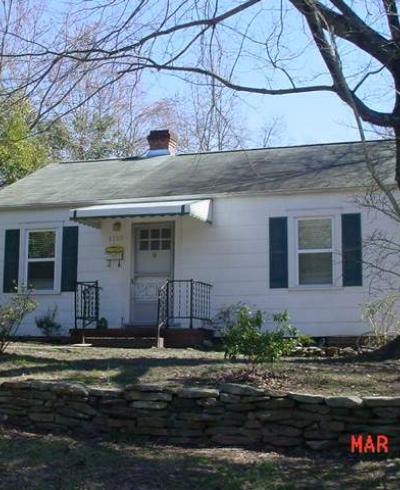 (Below in italics is from the 2003 Lakewood Park National Register listing; not verified for accuracy by this author.) John Kish Jr. House. Smalll-story side-gabled house with center chinmey, 6/6 sash windows, asbestos wall shingles, and a concrete stoop with iron railing. John Kish Jr. was owner/occupant in 1952. [1952 CD)
Read More