There are three 'periods of significance' to Duke Forest in my mind; the first is the pre-1930s era of rural farmsteads that dotted the landscape prior to the development of Duke Forest, the wooded experimental forest, as well as Duke Forest, the Duke-developed suburb. These houses were primarily clustered around the extension of Rigsbee Road westward from the Thomas Rigsbee land that would comprise most of Duke's West Campus, Forest Road, Old Erwin Road, and Cornwallis Road. Many were still extant when cataloged by Duke in the 1930s, and it's unclear exactly how or when the majority of them came to be demolished. The pattern of this rural landscape has mostly been erased by development of West Campus, 751, the Washington Duke Golfing Land and 15-501.

The second 'period of significance' is the 1930-1950 period described by the Durham Historic and Architectural Inventory:

ONE of the last of the Durham neighborhoods developed prior to 1940, Duke Forest also is perhaps the most unusual because of the circumstances of its development. Most of this strictly residential neighborhood, which today covers more than a square mile, was constructed after 1940, and all of it is known for its fashiona- ble and impeccably maintained houses, set in large landscaped yards surrounded by dense natural foliage. The long 100 block of Pinecrest Road, the oldest portion of the neighborhood and the object of this inventory, is one of the most beautiful streets in Durham due to the maturity of its landscaping, as well as the quality of its houses. The name of this street is aptly derived from its many tall pine trees.

Duke Forest is probably the only neighborhood in Durham in which no houses have been constructed as speculative real estate ventures. This rare situation reflects the circumstances of ownership of the land just prior to its development. All of the neighborhood, which lies directly south of Duke University's West Campus, is a portion of the approximately 8000-acre tract acquired by the trustees of Trinity College in the 1920s in order to expand the institution into Duke University. When the college first acquired this land, most of it was heavily wooded; hence, the larger portion of the tract not immediately used for West Campus became known as Duke Forest. In 1929, in an effort to attract professors to its faculty, Duke University began to develop a small area of Duke Forest as the neighborhood designated by the same name.The University realized that it was difficult, especially due to the depressed economy, for professors moving to Durham from other areas of the country to compete for land and houses on the open market.

Thus, Duke University built the 100 block of Pinecrest Road. According to one of the earliest residents of Duke Forest, the entire block was heavily wooded, but a large chimney stood in about the middle of the block as a relic of early habitation of the area. The University subdivided the land and placed restrictive covenants on the lots that limited sale only to Duke University faculty; the lots were offered to professors at prices below fair market value. Other covenants specified that the houses be set back a min- imum of fifty feet from the street and fifteen feet from the side lot lines. The purchaser of the land was responsible for building his own house. The university not only financed all of the land development and its covenants, but the school and the original property faculty-owners also paid for the street paving, sidewalks, curb and guttering, and fire hydrants.

By 1931, five houses had been constructed on Pinecrest Road. Their finely detailed period revival styling set the stylistic standard for the street. Three of the houses - the Brady R. Jordan House at 117, the J. B. Hubbell House at 121 and the Alban Widgery House at 152 Pinecrest Road - are in the tudoresque English Cottage style, while the Gilbert Rowe House at 150 Pinecrest Road was designed in the Colonial Revival style. The fifth house, the Ellwood House at 129 Pinecrest Road, is a one-story brick cottage to which no particular stylistic label may be assigned, a rare exception in this portion of Duke Forest. Nearly every house in the 100 block of Pinecrest Road may be identified as a specific period revival style; the great majority of them are in the styles represented by the neighbor- hood's first houses. Empty lots were snapped up throughout the 1930s. All of these fashionable, carefully detailed houses, no matter what their individual style, shared the distinction of appearing to have been lifted from one of the popular architectural periodicals or house and garden magazines of the day.

Several were designed by local architects, such as the two-story brick English Cottage style houses designed for Alban Widgery and J. B. Hubbell by George Watts Carr, Sr., and the Tudor Revival cottage with rich woodworking inside and out designed for Howard Jensen by George Hackney.  Probably all these houses were built by Durham contractors; C. H. Shipp built the Howard Jensen House4 and early resi- dents report that F. M. Tilley and R. D. Horner built several of the earlier houses. But whether or not an architect worked on the final design, very often these houses were inspired by published designs. Often the archi- tect or contractor would present an extensive selection of stock designs and floor plans from which the client could choose. Then the archi- tect would work to individualize the house for his client. Alternatively, the prospective home owner would select a design from a popular magazine and tailor it to his needs and desires. Dr. Ray C. Petry's house at 128 Pinecrest Road was evolved from a house in House & Garden Magazine. Its design evolution also used another practice in Durham at this time, that of consult- ing a local building supply company rather than an architect or general contractor for the re- working of certain elements; although a con- tracting firm did redraw the plan, West Durham Lumber Co. redesigned some of the decorative elements of the House & Garden design to suit Mrs. Petry's taste.

Two noteworthy exceptions to the period revival style house, characteristic of so much of the 1930s architecture of Durham and the rest of the country, deserve mention. Dr. A. C. Jordan, Jr.'s house, which occupies the large three- acre lot at the southeast corner of Pinecrest and Academy roads, was built in three stages, beginning with the four-room cottage that Dr. Jordan built in 1934. Much of the house is masonry construction, including a massive stone chimney that Dr. Jordan sub-contracted to a local mason. The other house, built at 112 Pinecrest Road for Dr. Paul F. Baum in 1937, is one of only three International Style houses erected in Durham prior to 1940. The one-story, flat-roofed house with a sharply angled, irregular form is screened by dense foliage that hides it from the street.

Although several houses in the 100 block of Pinecrest Road were built in the early 1940s, and a few have been constructed in the last fifteen years, all of these newer houses contribute to the stylistic ambiance established by the street's earlier houses. The original restrictive covenants set rigid conditions that must be met before a house may be sold to someone other than a member of the Duke University faculty. While some of the residents of the older portion of Duke Forest are not associated with Duke University, the great majority are academicians, drawn by the University to Durham from all over the United States. Many of the Pinecrest Road residents, particularly those who purchased their property directly from Duke University in the 1930s, share a heightened awareness of the value of the forest in which they live. They remember J. B. Duke's desire that Duke Forest serve as a working laboratory for the university's School of Forestry.

The last period is the 'modern' period from 1950-1970, as Duke Forest contains arguably Durham's best collection of modernist housing - particularly along Sevier and Wrightwood. 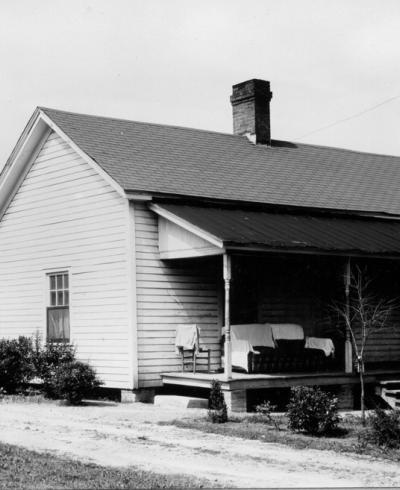 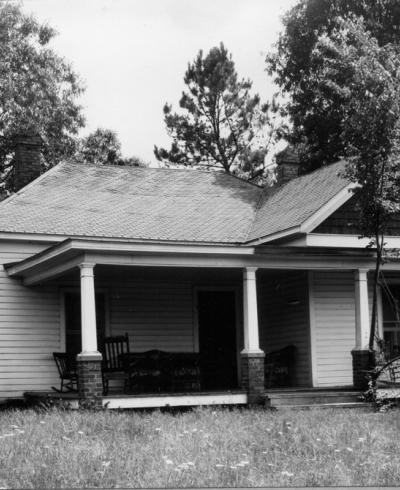 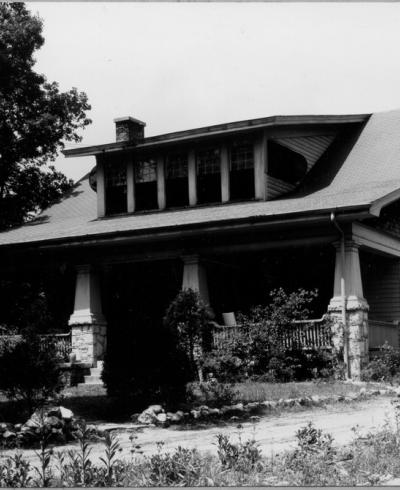 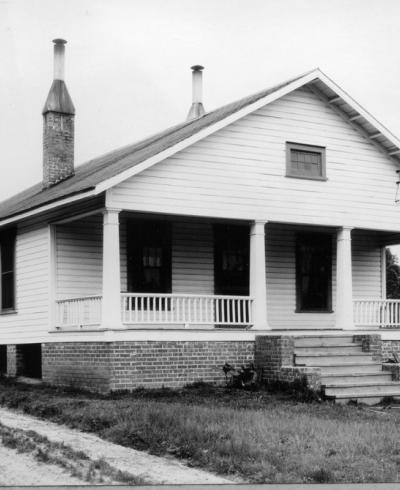 Along old Rigsbee Rd - b/t 751 and Rigsbee
Read More 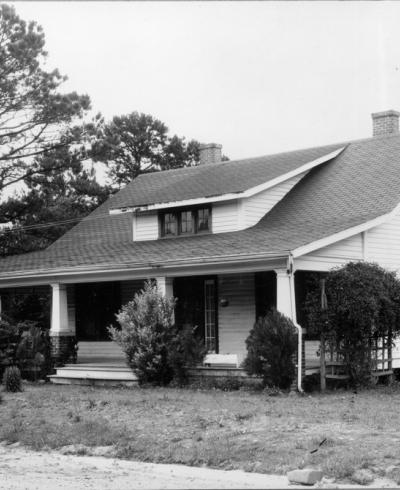 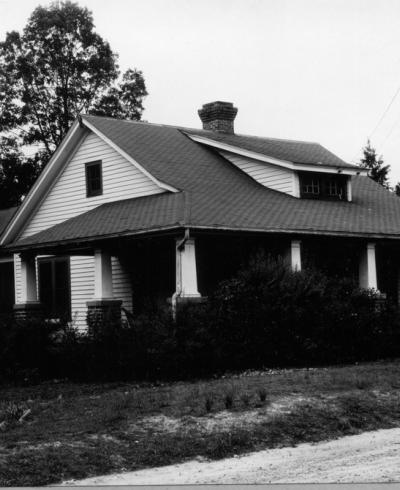 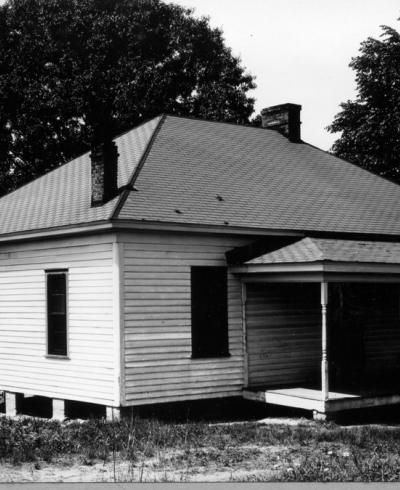 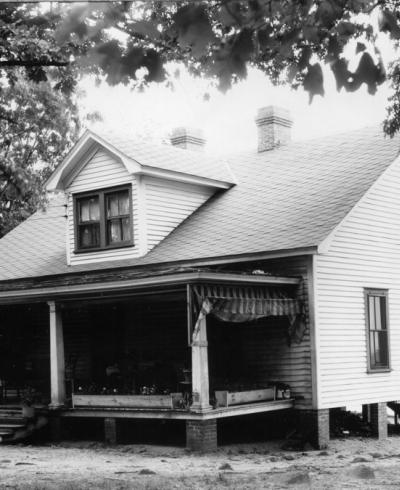 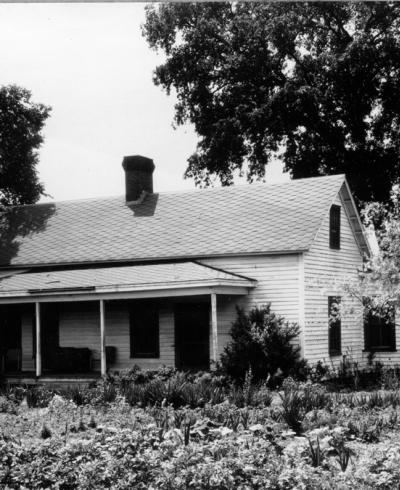 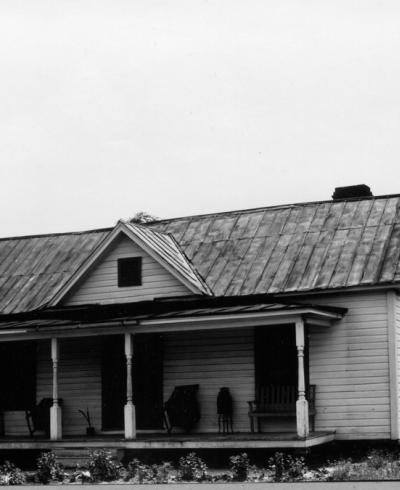 The geography of southwest Durham in the area of Duke Forest and the southwest portion of Duke's west campus has changed considerably since the early, despite its relatively 'undisturbed' appearance due to large scale ownership by Duke. Although Duke Forest (the forest, not the neighborhood) is a wooded area with some occasional incursions by the...
Read More