The West End Graded School was one of the first three public graded schools for African-American children in Durham's segregated school system. The first school for African-American children was the Whitted School, which located in a Blackwell's Durham Tobacco Co. prize house on Red Cross Street (essentially where the DBAP is now) and the Primitive Baptist Church before a permanent structure was erected on Ramsey and Proctor Sts., in Hayti.

The West End School was built on Ferrell Street, at the north edge of the historically African-American community of Brookstown. Ferrell was one street north of Thaxton, which is where the African-American West Durham Baptist church was located.

In 1927, the school was described as "a two-story frame building 70 by 62 feet in size on a plot 117 feet by 196 feet [with] 10 classrooms." Although I have no record of what grades were offered, it is likely that the school did not go beyond 9th grade.

Pauli Murray, who was born in 1910 and attended the West End school, describes the poor condition of the school in a fascinating oral history interview.

"I'll never forget West End School. It was a rickety old wooden built building with the paint peeling; I can see those scales now. You know how wood or shingles or paint blisters and I can see it. When there was a wind in a storm, you could just hear the wind blowing through that old building. I think that it was a two storey building, it might have been a three storey building, but anyway … And of course, the white kids school, a nice brick school sitting in a lawn surrounded by a fence. West End was up on a sort of clay, barren ground. There was no lawn whatsoever. It just sat on clay. The fact that I can remember this today and I can see that old school building there, no swings, nothing to play with when you went out …" 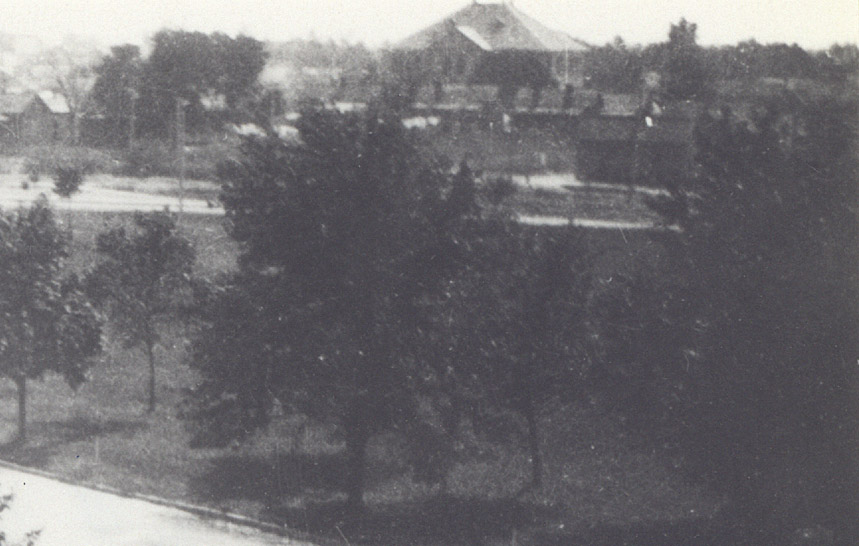 (I had hoped to find a better picture of the school, but even DPS' archives - which I excitedly noted had a listing for West End Graded School - had only a copy of East End School labeled as West End.) 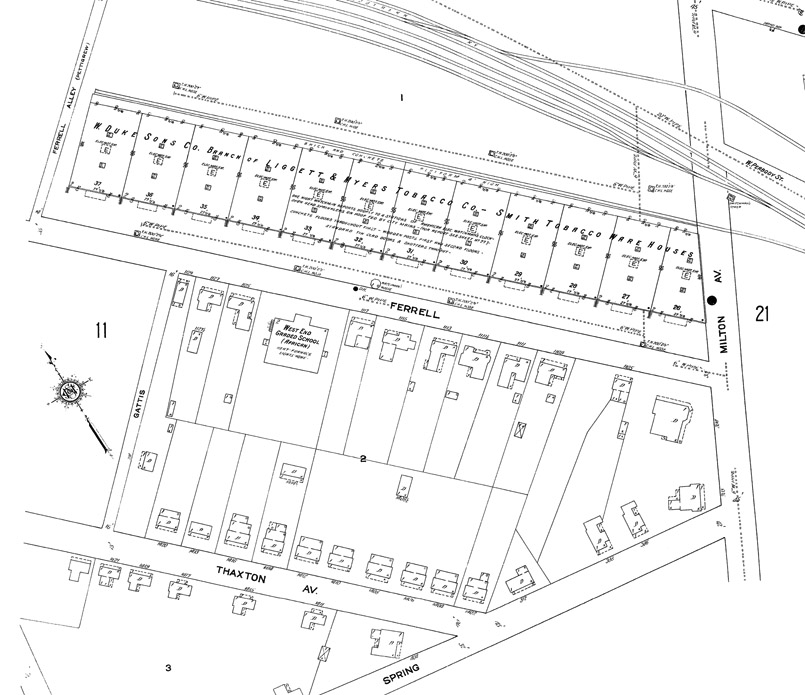 Sanborn Map showing the location of the school, 1913. Ferrell is now Maxwell, Milton is now Buchanan, and Spring is now Rome. 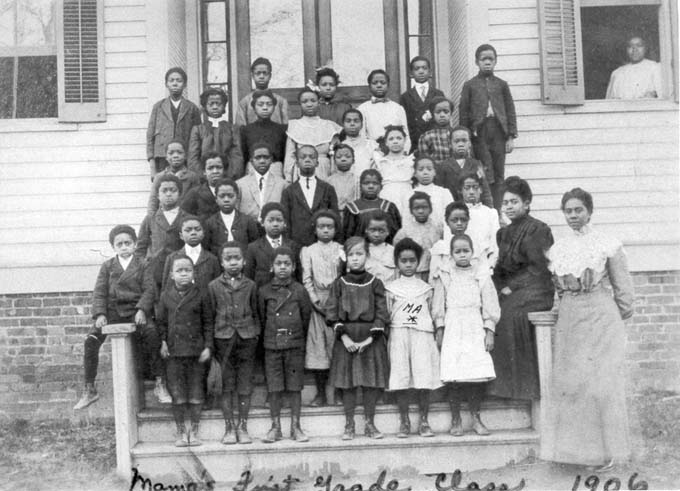 Clement Richardson's 1913 paper about African-American life in Durham notes the education and financial success of the various school principals, including

"...PW Dawkins, principal of the West End Graded school, a graduate of Hampton, [18]86, [who] owns his home, six other houses, and eight vacant lots."

Additional history about the school is scant/non-existent from my research. It appears that population shifts changed the geographic/demographic conditions for the school during the 1920s, as again in 1927, the Plan for Durham states that

"The tributary population is decreasing owing to the fact that buildings are being torn down and the residents moving elsewhere. It is expected that the school will be abandoned in the near future."

Indeed, by 1937, the West End Graded School is gone, replaced by a smaller building, labelled "City Schools Supply Depot" on the Sanborn maps. The original graded schools were supplanted by an elementary/high school system, with Hillside finally offering education through 12th grade to African-American children by 1944.

Brookstown was mostly destroyed by the Durham Freeway in the 1970s, when the freeway was extended from Chapel Hill St. to Swift Avenue. A few houses remained on the north side of the freeway on the former Ferrell (now Maxwell St.) until just a few years ago, as Duke has slowly acquired and demolished the remaining housing. The entire area between Ferrell and the Freeway is now dirt parking lots for sundry Duke vehicles.

The Durham Freeway went through a string of neighborhoods in western Durham. Starting near downtown: Brookstown (ends at Swift), Monkey Bottom (ends near Trent), Hickstown (to present-day Crest Street).

Many residents of Brookstown worked either in the tobacco factories or at Erwin Mills. Others worked at the Marvin Teer Brickyard located near Swift and Faber streets. The brickyard was later sold to Samuel Fitzgerald who operated the famous Fitzgerald Brickyard. According to historian Alice Eley Jones, Erwin Mills and several other factories in Durham were built using the famous Fitzgerald bricks. The old brickyard site is now Duke's Freeman Center for Jewish Life.

Did you run across anything

Did you run across anything mentioning the Stagville Colored School?

Not really within the purvey of my research for this post - sorry.

Thanks anyway. I have a

Thanks anyway. I have a photo of students from that school, but haven't found anything about the school itself.