2806
Hillsborough Road
Durham
NC
Year built
1947
Year demolished
1986
Construction type
Masonry
Brick
Neighborhood
Old West Durham
Use
Church
Building Type
Church
Can you help?
You don't need to know everything, but do you know the architect?
Log in or register and you can edit this. 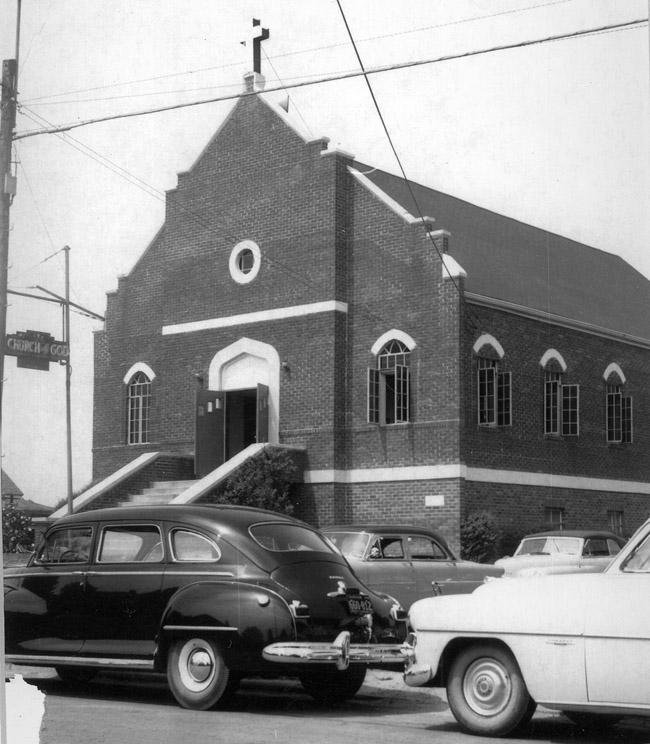 The West Durham Church of God was organized in 1937 and initially located in a small frame structure on Case Street.

Although the church had only 23 members after World War II, it grew rapidly. Under the leadership of new pastor Roland Verrico, construction of a new masonry church at 2806 Hillsborough Road was initiated. The congregation used a temporary structure on the construction site until the church was completed in 1947. In 1949, the church purchased a parsonage at 1022 Rosehill Avenue. 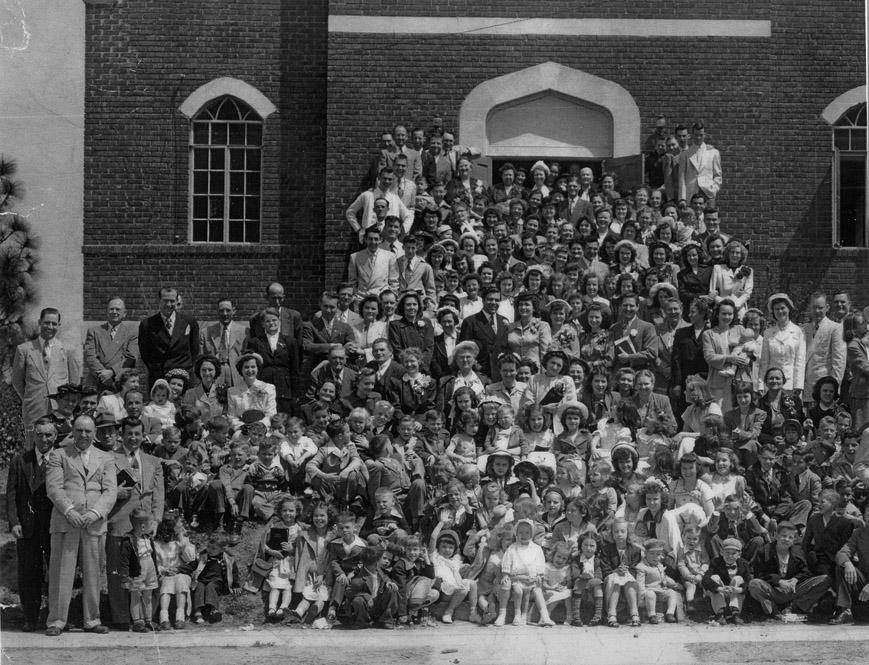 Within 10 years, the congregation had grown to more than 300 members, with a Sunday School enrollment of more than 600.

In 1986, the congregation elected to move to Horton Road, where they renamed themselves the Horton Road Church of God. The State liquor salesfolk decided that the church site would be a good location for an ABC store. The former sanctuary on Hillsborough was demolished (although the cornerstone was taken to the new church.) How I wish the ABC store had engaged in some adaptive reuse! 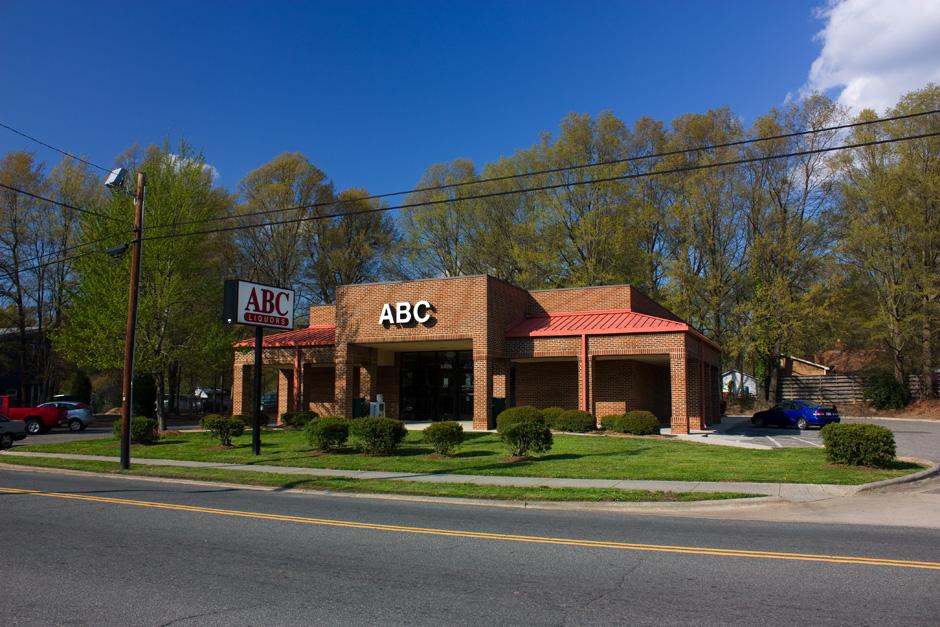 Are you suggesting a liquor store should have just occupied an old church?

If so, I think that's the greatest idea ever.

i have worshipped there, i do believe.

I would rename it the Church of the Holy Spirit(s). I cannot believe there was a church there before.

Where is John Shelp of the Old West Durham Neighborhood Association? (I put that there because he regularly googles for it, so maybe he'll show up that way...) He's got a bunch of great stories involving this church, I think involving the pastor running off with the church secretary, and it being one of the leading voices for temperance in the city (and now replaced by a liquor store).

Is John Schelp sure of the 1948 date on the photo? I could almost swear I see my grandmother holding me, and I didn't grace the world until 1954. Very eerie!

Retired English teacher, check out our webpage on the West Durham Church of God...

Longtime members of the church said they thought the date of the photograph was 1950.

Send me an email if/when you determine you are the baby in the photo and we can change the date on the webpage.

thanks,
John Schelp (bwatu AT yahoo.com)

Hi, I am Donald Lowery, now an Episcopal priest, but I grew up at the West Durham Church of God and remember it well. I think it would have been great to have reused it as a liqour store. However, the building had serious structural problems. It was in danger of collapsing from structural failure. The congregation was told it could not saved, which is one reason they moved rather than renovated.

As regards a pastor running off with a secretary, are you sure you have the right church? I was a member there from 1957 (of course I was a baby) until 1975 and I know of no such event. The Pentecostal Holiness Church down the street is still standing and has similiar architecture.

I doubt that Roland Verrico ran off with his secretary. He was married to the daughter of one of the pillars of the church. I worked at radio station WSSB from 1948 to about 1953, off and on. Verrico bought time on our station. He arranged for several big tent revivals. He moved away, transferred, I assumed, about 1950. He was replaced by R. C. Munsey (Muncie?), a faithful man without Verrico's push. The church was air conditioned, rare for that time.

The West Durham Church of God was not a Pentecostal Holiness Church. It was part of the Church of God headquartered in Cleveland, TN. The Pentecostal Holiness Church is a couple blocks away and is still standing and in use. They were both faux Gothic in architecture. Greystone Baptist is still in use as well a couple of blocks down from the PH church. My family were members of the WDCOG from 1957 till they moved up north in 1975.

For reference, I wrote about the Pentacostal Church here and Greystone here.

I suppose those of us who like the idea of an ABC store in a former church structure are fans of 1) adaptive reuse, 2) the unexpected, 3) mild irony, or all three.

A clarification: The Church of God is holiness and pentecostal in theology. The distinction I was making in my previous post was between the C of G and the Pentecostal Holiness Church as denominations with identical theologies. I think the post to which I was responding was using the terms pentecostal holiness as theology not denominational names. However, there is a lovely PH church close towhere the West Durham C of G once stood also close to Greystone Baptist.