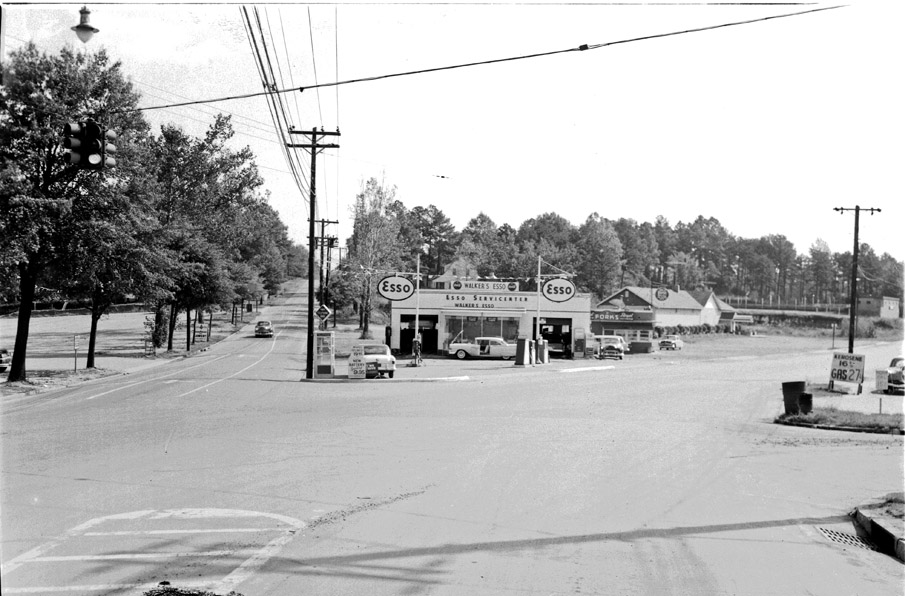 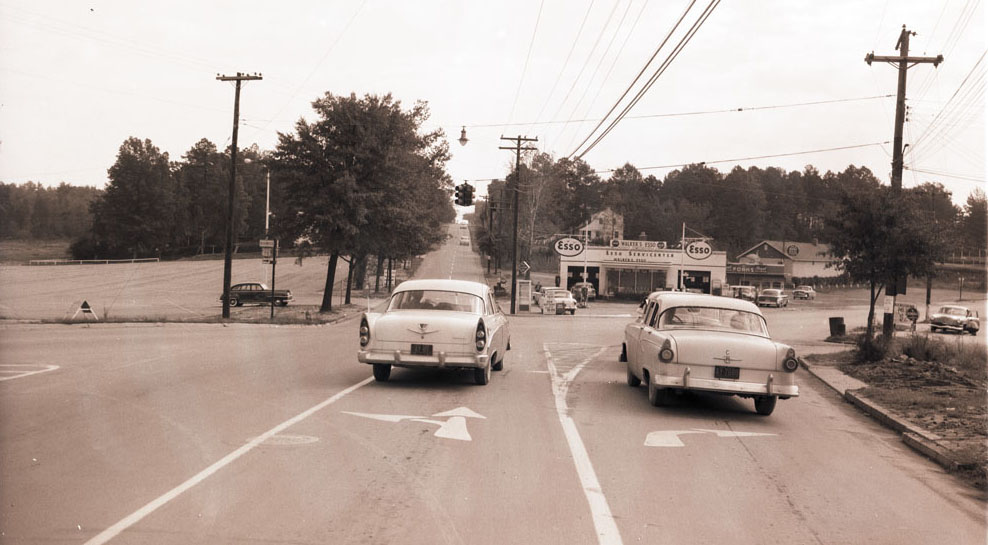 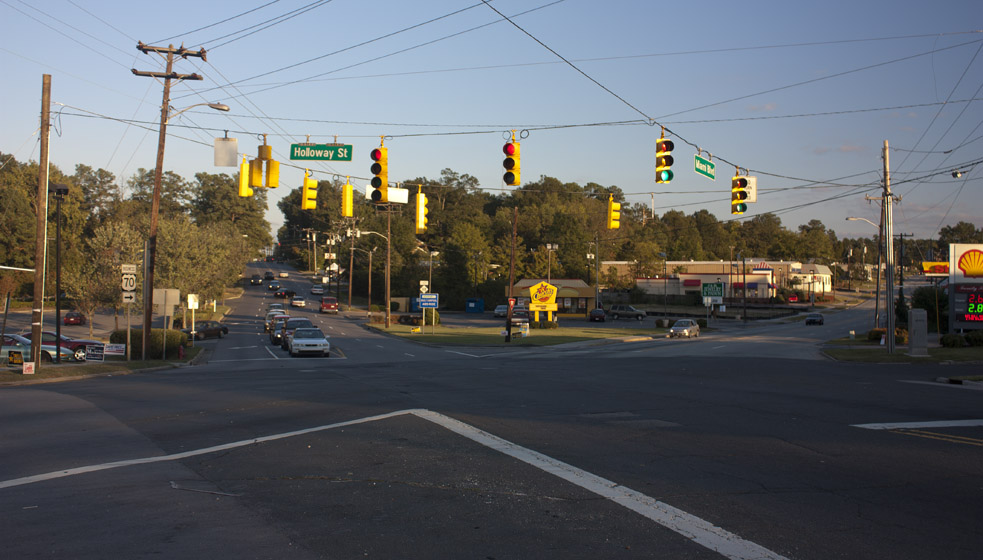 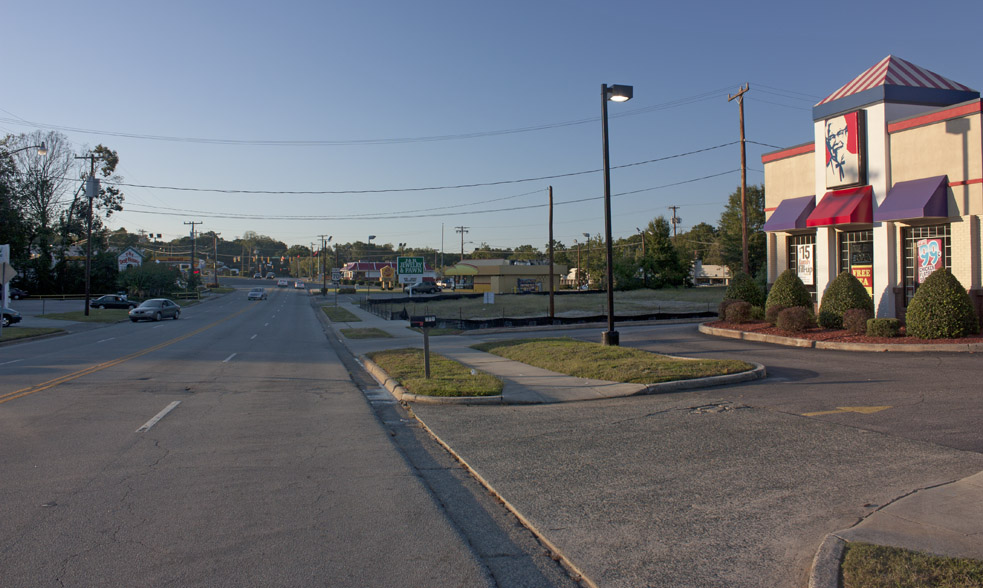 I grew up in Wellons Village,

You know the intersection

You know the intersection hasn't physically changed that much, but it seems so much more confusing and cluttered now than it did then.

Strange how many "fast food"

Strange how many "fast food" joints
inhabit all these historic crossroads nowadays. Any coincidence that obesity is epidemic?

It goes beyond just perception. This intersection is extremely dangerous for pedestrians. Between all of the retail and high bus stop boarding activity in the area, there are a LOT of people crossing that intersection on foot. Not all sides of those streets have sidewalks and there is not a single crosswalk across Holloway or Miami at any intersection in that area (unless one was just striped in the past few months).

Between 2004-2009, there have been 14 reported pedestrian injuries within the Miami/Holloway/Raynor triangle due to pedestrian/vehicle crashes.

Pedestrian improvements at the Holloway/Miami intersection are programmed as part of the East End Connector project, so the city is understandably reticent to put in new infrastructure only to have it torn out a few years later. But the Raynor/Miami and Raynor/Holloway intersections are not part of the EEC improvements. I will check with the City to see if anything has been/will be done about those intersections.

The before and after pictures

The before and after pictures make me want to go back in time and live in the '50's! Clean, uncluttered, simple.....what a mess that intersection is now.

It looks like the skating rink was being built in one of those pics.
The rink was on the right before the current KFC coming from Raleigh on Miami.

Behind the Esso Station was

Behind the Esso Station was the Forks drive in. That was as close as we got to fast food back in the 50's. They brought some great hot dogs, bottled Pepsi, and ice cream out to the car. Like a lot of drive ins of that period, they would also bring beer to the car.

Erik is right -- this intersection doesn't just LOOK dangerous for pedestrians... it IS dangerous.

Here are some photos documenting what pedestrians are dealing with in that area:

Just heard back from the

Just heard back from the City. A ped signal is scheduled at Miami/Raynor this upcoming fiscal year. A signal at Holloway/Raynor is on the list, but is not yet scheduled.

Man, has she changed over the

Man, has she changed over the years..back in the 60s, one of the first ever automated car washes, cooley's car wash, next door was the roller dome were guy met girl and sometimes a scuffle between guys over the same girl, down from it in the early 60s was an outdoor trampoline business were you rented for a fix amount of time one of their trampolines, you had the fish house which later became a pawn shop and originally i see the moose lodge. remember the tastee freeze were a dollar would buy five red dye hotdogs?