1406
Fayetteville Street
Durham
NC
Year built
~1913-1914
Year(s) modified
~2008
Use
Residence
Building Type
Residential
Can you help?
You don't need to know everything, but do you know the neighborhood?
Log in or register and you can edit this. 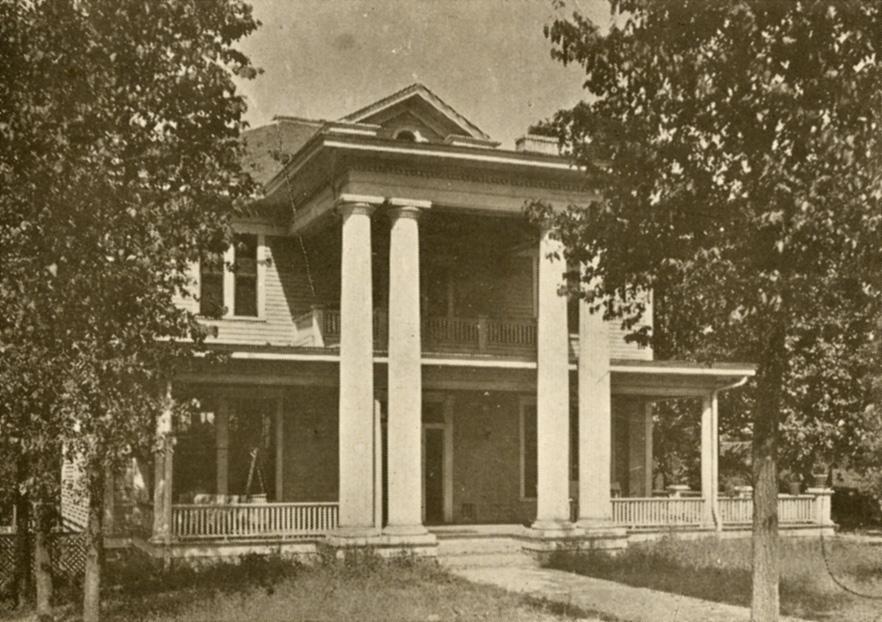 John C. Scarborough established his funeral home in his hometown of Kinston, NC with his partner, Joseph C. Hargett. After JC Scarborough married Hargett's daughter, Daisy, they were persuaded by Alex Moore, a North Carolina Mutual agent, to move to Durham in 1901. It appears that he initially settled in the West End, at 801 Chapel Hill Road; by 1906, his funeral parlor was located at at 303 East Chapel Hill St. "opposite the Academy of Music."

The Scarborough House at 1406 Fayetteville St., was built by John C. Scarborough, Sr., likely around 1913-1914. Per the Architectural Inventory, the house was built out of the architectural elements of a disassembled house that sat on the later site of the Johnson Motor Company Showroom. It's a bit hard to piece together so far exactly which house this was, and whether the 'house' was actually the Central/Sans Souci hotel, which sat on that site. However, these buildings were supposedly demolished in 1926.

The inventory, however, notes that every interior element of the house, except for the the transoms, came from the earlier structure in the 300 block of East Main St.

Scarborough moved his funeral home into Hayti, to 522 East Pettigrew St. by the mid-1920s.

In 1925, Scarborough acquired the original Lincoln Hospital on Proctor St. (when the new facility had opened on Fayetteville) and donated the building to the "Black Minister's Alliance" for use as an "old people's and orphans' home"; this later became the Scarborough Nursery, still in operation today on Holloway St.

Below, a view of the Scarborough House from the 1949 "Negro Durham Marches On." The window sign is from 522 East Pettigrew, while the line of cars sits in front of 1406 Fayetteville St.

What isn't clear to me is whether the house was ever used as a funeral home, or whether it was solely the family home. Regardless, while the Scarborough Funeral Home prepares to move to move to, I believe, a fourth location, the Scarborough house remains in the family, and is currently being renovated. 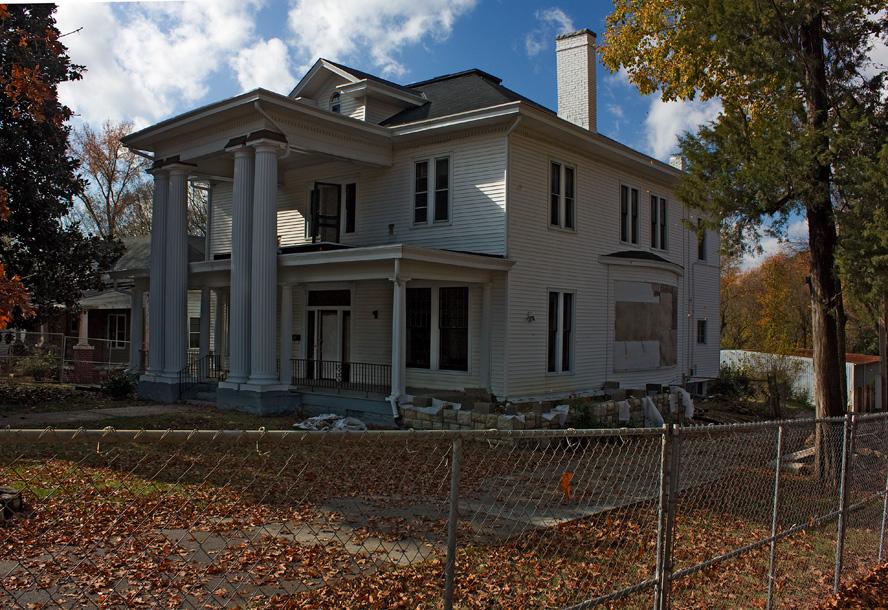 Find this Spot on a Google Map.

The Scarborough house was moved to it's present site by pulling it over large cut logs by a team of horses (from Scarborough himself). It was used as a funeral parlor at one time, and the family lived upstairs. Until a few years ago, it looked exactly as it did in its heyday, complete with period furniture and a teal colored Frigidaire in the kitchen. Eventually, bums found a way in and took to sleeping there, and even stole some of the furniture. During a hurricane a few years back lightning made it's way into the attic (which was full of books) and caught fire, basically ruining the attic space and part of the top floor.

I always wondered about this house, which seems to be considerably more grand than most of its neighbors. Interesting to hear its history, and I'm glad to see that it's being renovated.

@Gary...have you ever though of calling Skip Scarborugh, he and his family would definitely welcome you and tell you all about the house. The house was grandeur, I can vouch for that, and they had/have perid furniture that dates back to the Civil War if I recall, that the family had acquired.

Give them a call, or email me and I will let him know of you.

I don't think this house is renovated...

I remember sometime in the late 1970's, perhaps early 1980's, that somehow J.S. Carr's Somerset Villa furniture found its way into this house...an auction of the property perhaps?  It was in the Durham Morning Herald or Durham Sun (of the period).

Nothing appears to have been done on the exterior here. Interior is unknown. It looks today much like it did in the photo.