In 2016, the Pauli Murray Family home was designated a National Historic Landmark by the National Park Service and US Department of the Interior.

The Fitzgerald family moved to Durham from Philadelphia (via Hillsborough) in the 1880s. Richard Fitzgerald established a brickyard near the current intersection of Jackson St. and Kent St. Within several years, he was the leading brickmaker in Durham and had expanded his business in real estate and banking.

Richard's brother, Robert, built his own house on what is now Carroll St, but was then an isolated tract on the West side of town, overlooking the ravines of 'the Bottoms.' He had a small brickyard of this own, but failing eyesight did not allow him to acheive the same success as his brother. His grandaughter, Pauli Murray, grew up in this house and later became a preeminent Civil Rights and Feminist scholar/activist, professor, attorney, and Episcopalian minister. Read/hear more about Dr. Murray's life from this fascinating oral history done with her in 1976. 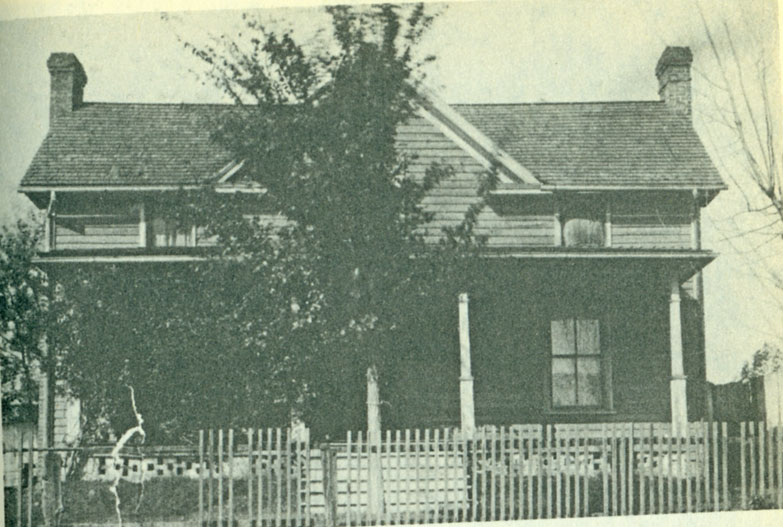 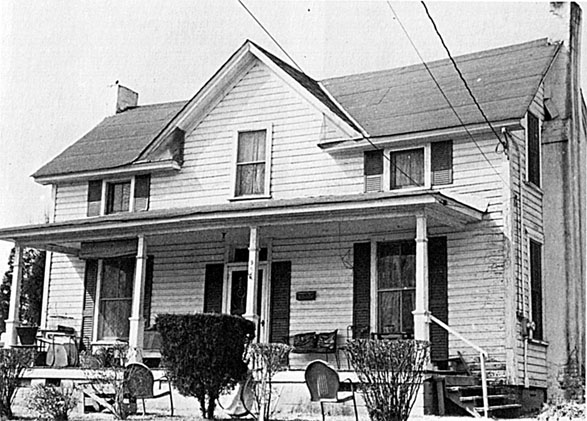 And in the 1970s, above. (Durham Architectural Inventory)

Robert Fitzgerald and Pauli Murray's house still stands. It is set far back from the street, backing up to Maplewood Cemetery (which came after the house). Built in the 1890s, it is one of the oldest surviving structures in the West End. 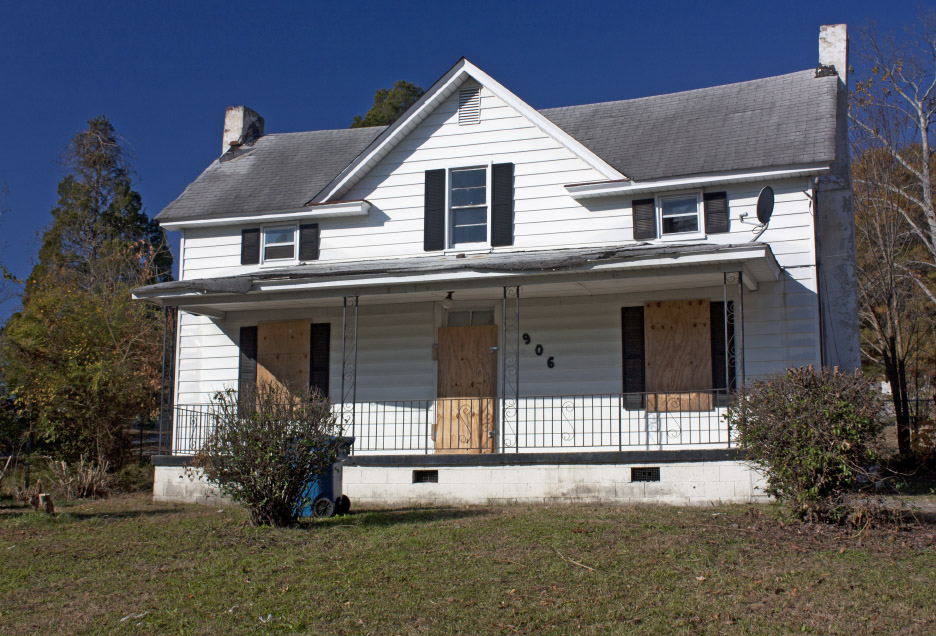 The Pauli Murray Project announced on 5/17/11 that they had found a path to save the house, after it had languished under neglectful ownership for years; they announced their intention to transform the house into a educational/history center. A wonderful outcome - a win for the West End and Durham.

In 2016, through the efforts of the Pauli Murray Center for History and Social Justice, contractors replaced in kind missing windows, doors, siding, trim, the front porch, foundation, and roof sheathing based on historic photographs. Masons stabilized the main block’s two original end chimneys. In 2015 the National Trust for Historic Preservation added the house to their list of National Treasures.

I beleive the laundry

I beleive the laundry facility is still in use, but is now run by a contractor. But I'm not sure about that... (I can't remember the name of the contractor, but it was a big fuss when they took over, based on their pretty strident anti-union activities.)

Thanks for doing a piece on

Thanks for doing a piece on this part of the neighborhood. I live on Gattis St and always wondered what was on this side of the street.

This blog is very entertaining and you have the same views of suburbanism as I do. Keep it coming.

Oh, and the old photo of the Co-Op/Muslim Center/Cab Co. was good too.

Michael - I believe that it

Michael - I believe that it is no longer in use, but they could have started using it again.

Superchunker - thanks for checking out the blog, and I appreciate the positive feedback.

It does indeed appear that

It does indeed appear that the laundry facility has been abandoned. I read on Duke's website that the facility was sold to the Angelica Corporation in 2004. The article is available on the March 22 issue of "Inside Duke University Medical Center" and can be found at: (http://inside.duke.edu/article.php)

A closer reading of the

A closer reading of the article suggests it was the new facility (the one that replaced the Gattis facility) that was sold to Angelica Corp.

There are still Duke University signs up at the old facility, and I'm pleased that Duke continues to maintain the grounds and building. It could so easily deteriorate into a neighborhood eyesore.

I am a descendant of Robert

I am a descendant of Robert and Sadie Fitzgerald. I am trying to contact my family in NC. My father was the son of Allen J. Wilson and Sadie Wilson.