Looking northwest at the corner, 2007. 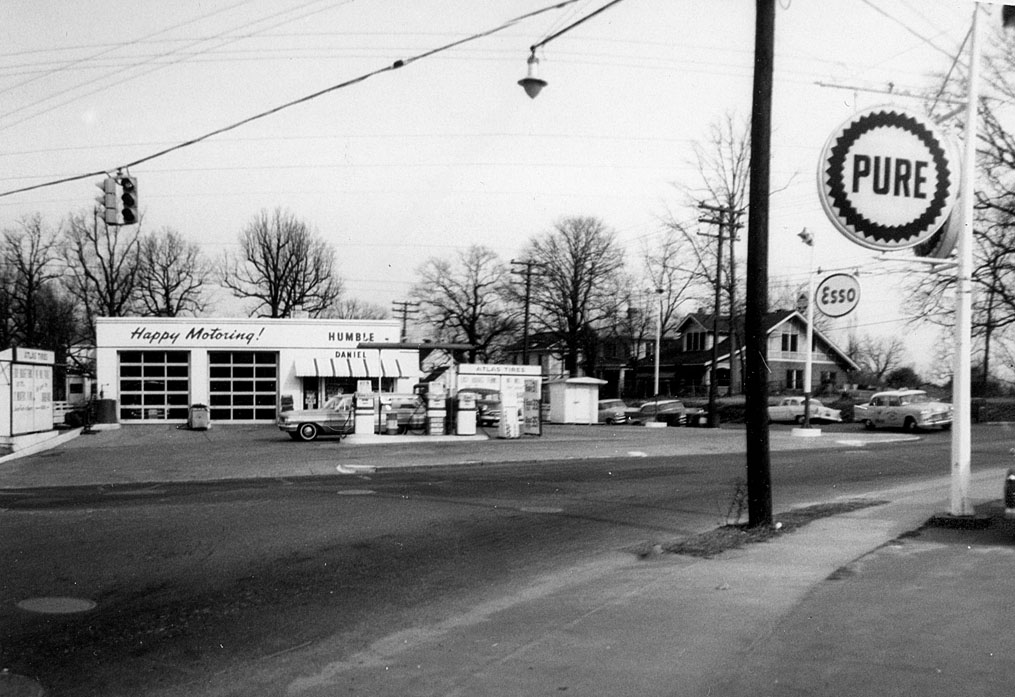 Looking northeast, 1966, from the corner of N. Dillard and Holloway. Notice that Oakwood and Dillard did not connect with one another. You can see houses in the 300 block of Oakwood in the background.

This gas station was taken as part of urban renewal and demolished. Part of the land went to connect Oakwood, Dillard, and Holloway into a 4-way intersection. The remainder became a park at some point, which it remains today.

In urban design, we make a lot out of neighborhood parks, pocket parks, etc. - the small spaces within walking distance of the rest of the neighborhood. The success of these spaces, however, is very much context dependent and design dependent - you can't simply create a small park where you have leftover space and expect it to work.

Because it clearly does not. One problem is the too-large roadway system here (not just the width, but the huge turning radii) with a lack of any on-street parking. These streets are not kid territory. And unfortunately, one of the costs to the neighborhood of having the Urban Ministries shelter 1 block away is that this park is filled with people from the shelter during the day (my understanding is that they must leave the shelter during the day.) Many of them are passed out/sleeping on the play equipment and lawn.

I visited this park in several occasions over the summer (as part of my day job.) It is hard for a kid to use the slide when there is a grown man sleeping on the platform. (It wasn't me.) I watched several mothers walk by with their children - and repeatedly I saw the mothers tighten their grip on their children's hands and pull them closer as they walked by. One woman told me that she was "scared to death" of this park.

So if your goal is for kids to be able to play and exercise, or for neighbors to feel like they could bring a book or their lunch there, the mission of this park is clearly failing. What should be an amenity to the neighborhood is widely viewed as a liability.

Is some of this social stigma? Undoubtedly. But do we expect moms to tell their children to climb over the passed-out man on the slide?

There is no easy solution to the problem presented here. This is the neighborhood context. While I would advocate for improving the streetscape here - it is not pedestrian friendly - I don't think that would do anything to help this park. 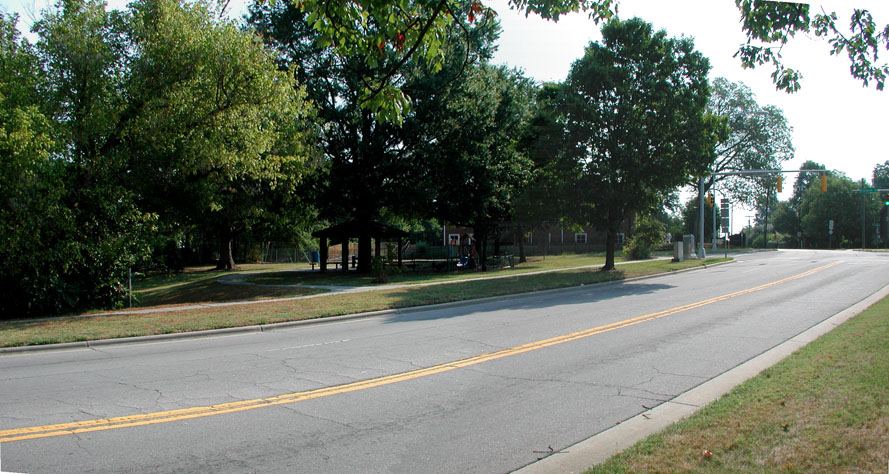 This park is about to

This park is about to transform on November 2nd, 2013 thanks to Kaboom!, Disney, ABC11, Durham Parks & Rec, Keep Durham Beautiful, and the Cleveland Holloway neighborhood.