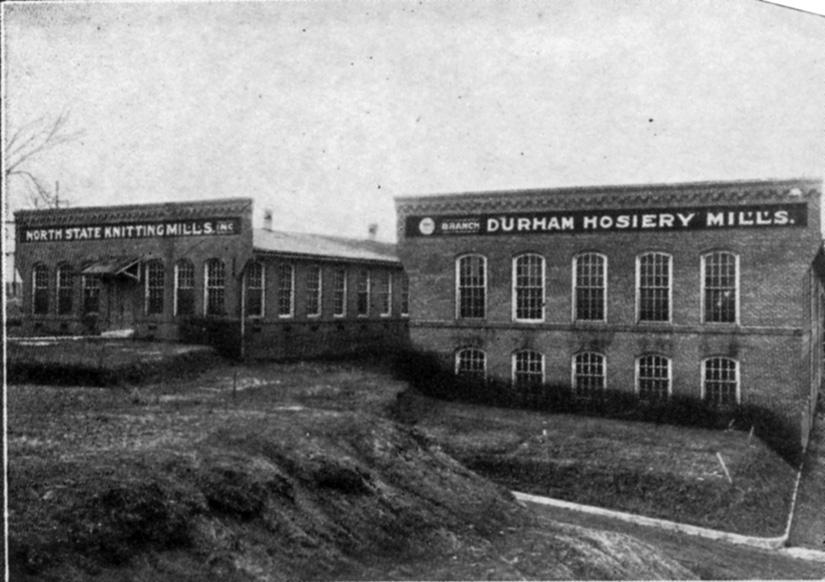 Looking southeast from the north side of East Pettigrew St. at South Alston Ave, (prior to the construction of the East Pettigrew overpass,) 1924.
(Courtesy Durham County Library / North Carolina Collection)

The North State Knitting Mill was established between 1911 and 1915. In 1915, WF Carr is noted to be president, WJ Berry vice-president, and CM Carr secretary of the company.

In 1918, Julian Carr is noted as president. It's unclear whether the mill was always a branch of the Durham Hosiery Mills, or became one early on. By 1918, the mill's capacity had increased from 85 to 450 machines, capable of producing 2500 pair of white socks per day.

By 1935, it appears that the original business was defunct, but that same year, the buildings became the Georgetown Silk Mills. I believe this was run by JR Gann and AC Lowe - in 1944 JR Gann, AC Lowe, WW Gann, and Helen Gann incorporated Gann Hosiery Mills, which became the operating name of the organization. JR Gann had been an employee of the mill (as a mechanic) for 10 years prior to organizing the business. 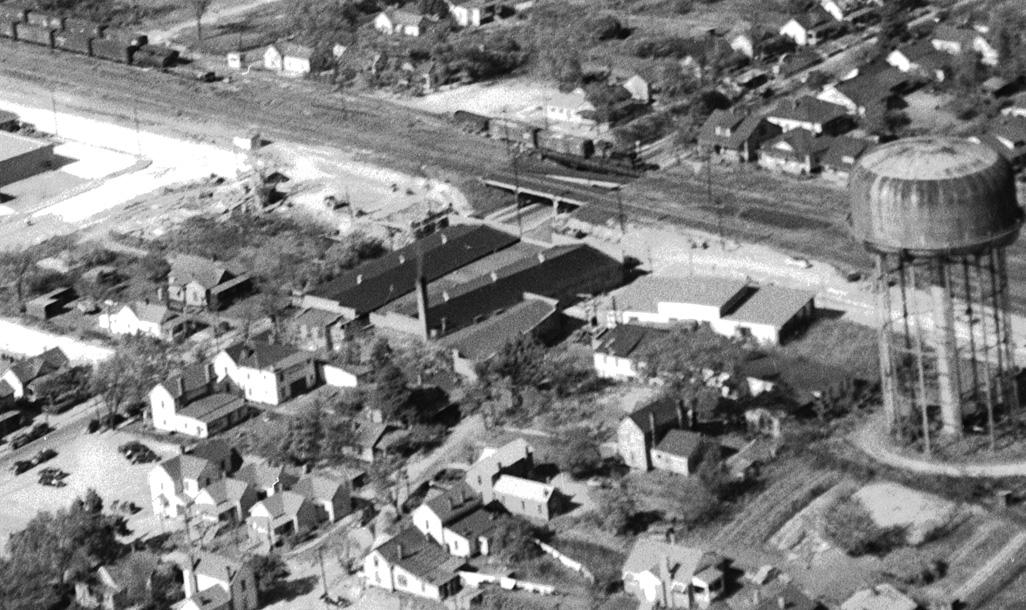 By 1950 the mills produced 120,000 pairs of socks per week and employed 150 people. The book "Durham and Her People" states: "Mr. Gann is frank to say that the success of his firm is largely due to the many loyal employees who have been with him since the organization of the firm." 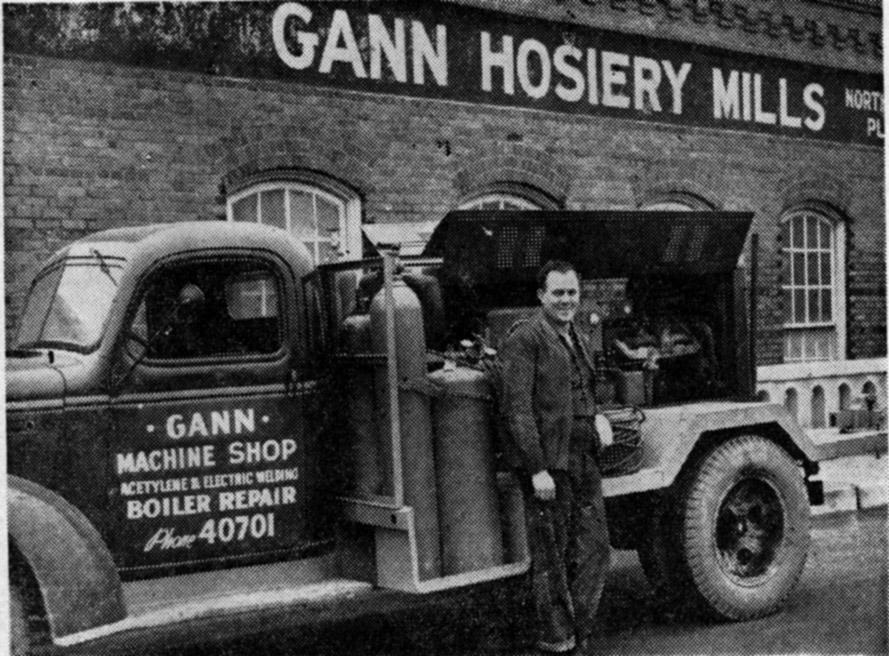 It appears that, by 1968, the hosiery mills were no longer in business 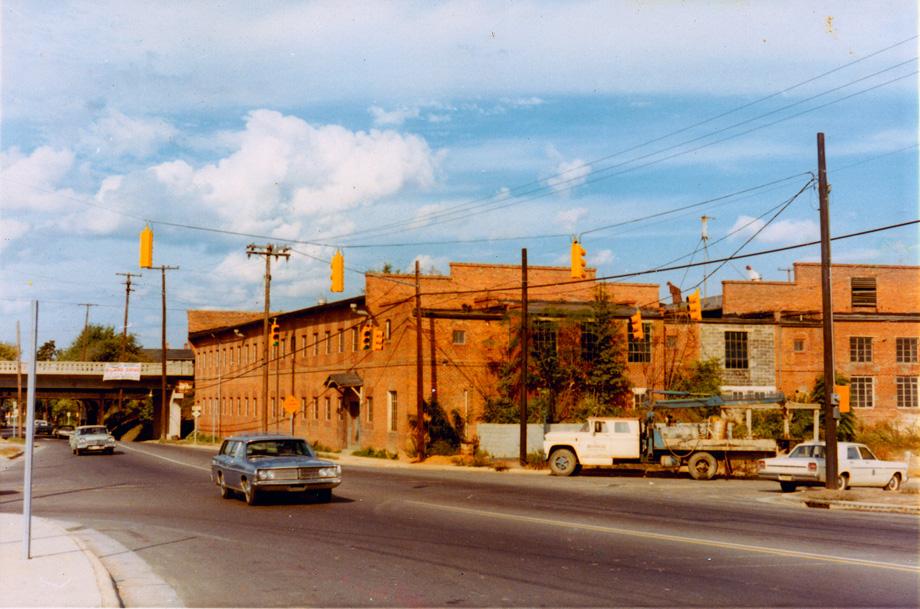 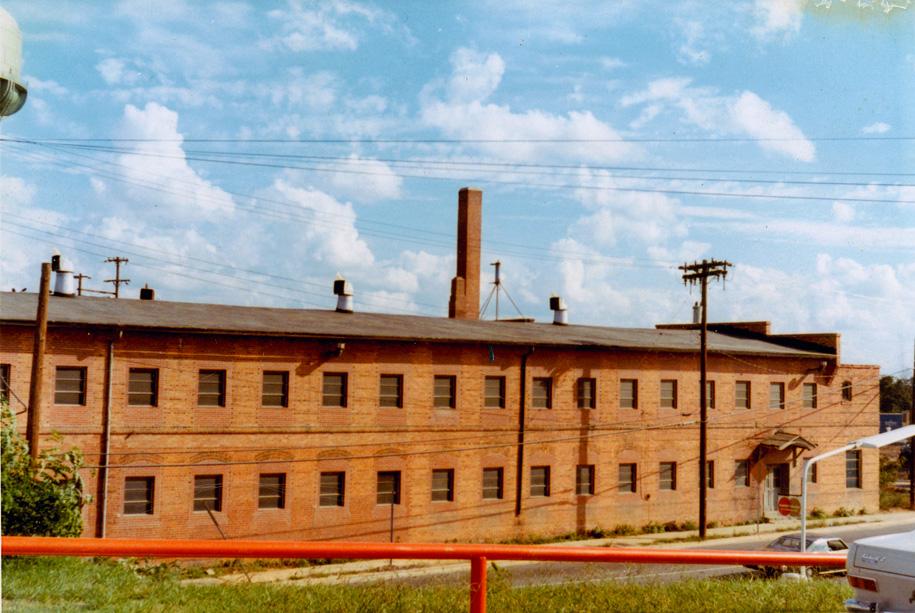 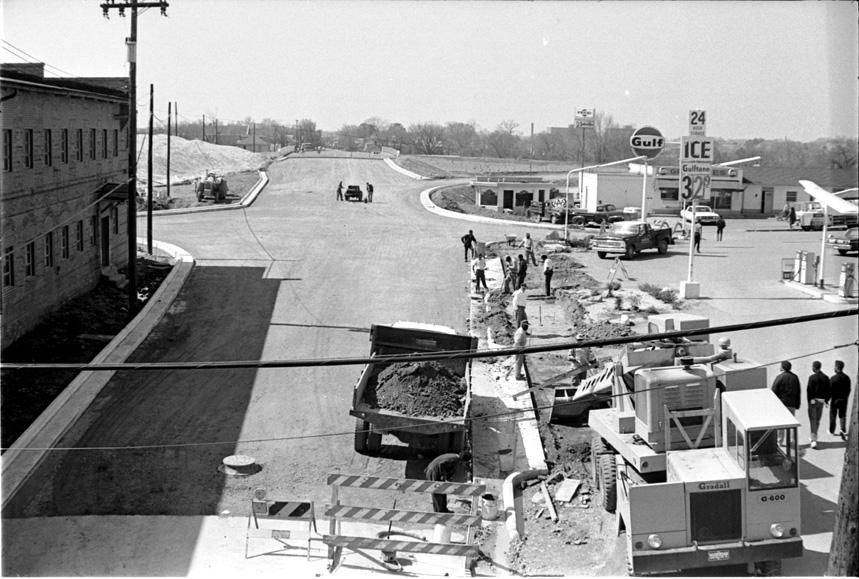 Looking south from the East Pettigrew St. overpass at the Durham Freeway under construction, 04.08.69
(Courtesy The Herald-Sun Newspaper)

The hosiery mill buildings were, unfortunately, torn down by the early 1970s. The site is currently occupied by a large metal/concrete building that houses a tattoo parlor. 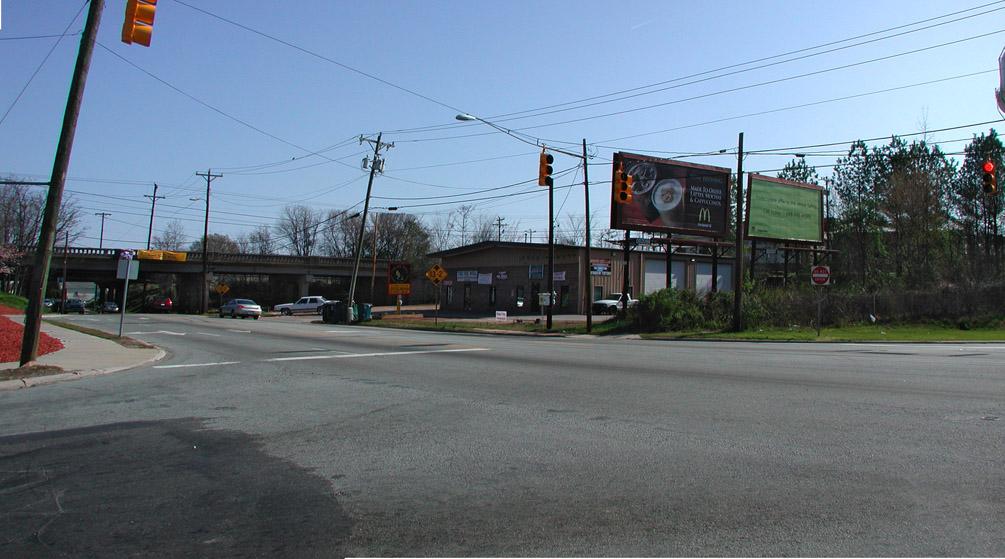 Looking northeast at the site of the mill from Gann St. and South Alston Ave., 03.28.08

In 1884 Julian Carr built Durham Cotton Manufacturing in East Durham along the railroad tracks. The success of that company acted as a magnet in the neighborhood, and within the next 20 years factories saturated the neighborhood, surrounded by the mill worker's homes. As the neighborhood became more populated (it is in fact the most densely...
Read More
Related Businesses/Organizations

The Durham Hosiery Company had its beginnings in 1894, when it was organized by George Graham, and began operations in a building on Church Street, and subsequently, Morris Street. Later that same year, Julian S. Carr (who had achieved wealth and fame as President and partner in first Blackwell's and then the Bull Durham Tobacco Company) and John W...
Read More

I hope you had a good holiday, but I'm selfishly glad ED is BACK! This has become one of my favorite blogs.

Interesting blog. I will have to do some reading here. J.R. and Helen Gann are my great-grandparents. I'm glad to see these pictures of the mill.