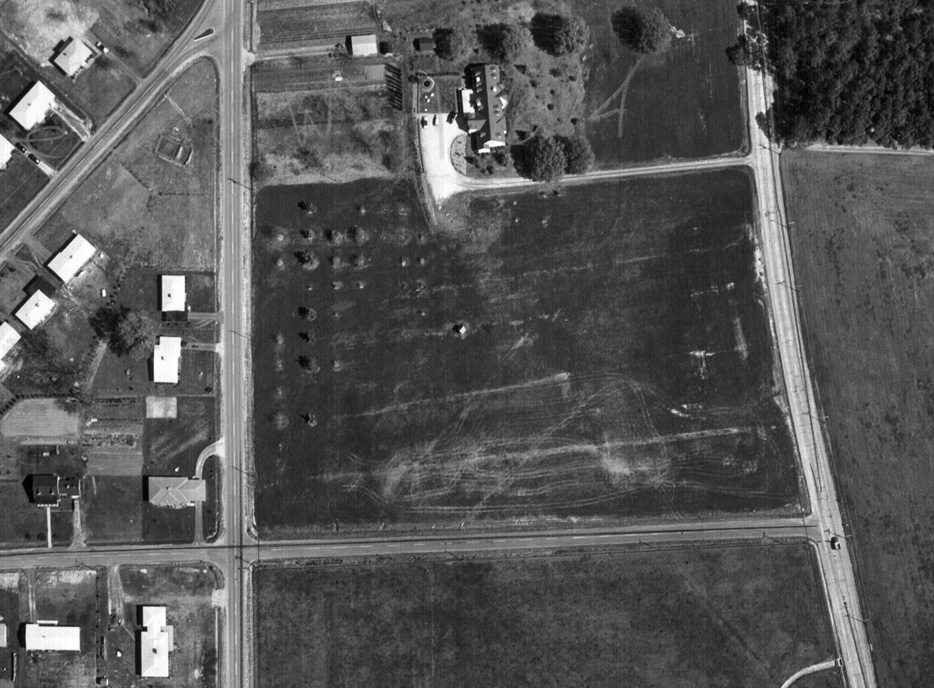 I'm a bit embarrassed by the lack of detail in this post, but I've found information difficult to uncover at best. The aerial above shows Fairfield Road, North Duke St., Roxboro Road, and Duke Homestead Road in 1959 - the mostly rural nature of the landscape is even more evident in a non-zoomed view of this, but clearly the large tract in the center featured another of the large houses lining this portion of Roxboro Road.

I haven't been able to determine when North Duke Mall was built - I can trace the deeds back to 1973, when a series of merged partnerships result in the transformation of what was entitled "North Duke Plaza" into North Duke Mall. But there I've hit a bit of a dead end. So the best I can say for now is that, sometime before that, it appears that this land was purchased, house demolished, and a mall built. That mall is now North Duke Mall. 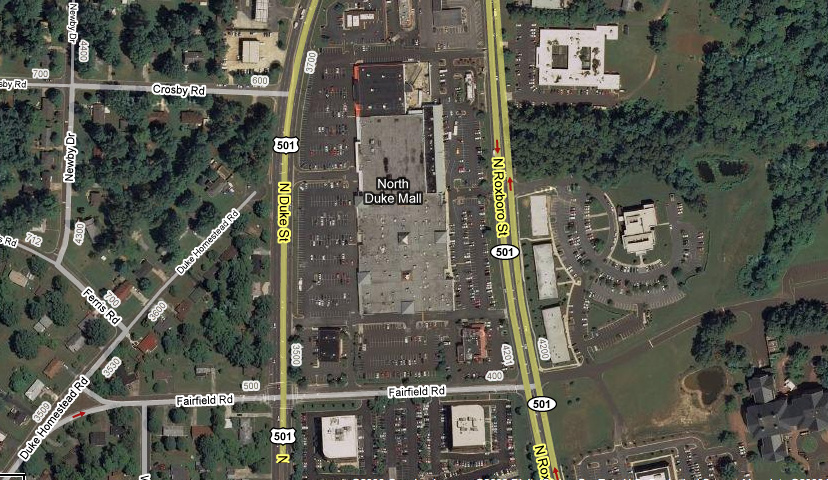 What a surprise to see this picture! I can tell yo

What a surprise to see this picture! I can tell you a lot about the house in question it as it belonged to my grandparents, Mr. and Mrs. Furman Drury
Nunnamaker, Sr. I spent nearly every weekend of my childhood there. I have at least two good pictures of it in 1954 after a snowstorm and quite a few family pictures taken at various places on the grounds. Would you be interested in posting any of these? I'm chuckling as I spot something in the picture that was so much fun to us kids. If you look closely at the picture in the back yard you'll see a light colored circular structure. That was a actually a koi pond and inevitably every weekend one of us kids would fall in. My grandfather was owner of Durham Plumbing and Heating for many years as well as furniture stores in in Fayetteville. My father, Furman Nunnamaker, Jr. managed the Fayetteville businesses. I don't know exactly when the house was built but I know that I have pictures of myself there since 1954, when my mother lived there with her in-laws after my father was drafted and was in Germany. In 1971 my grandparents moved to Fayetteville and sold the property to the "mall" folks. Is there anything you'd like to know about the house? (I know that all the floors in the house had radiant floor heating which was quite progressive for the time. It was heavenly to little bare feet! The roof was slate, the house was white brick.)