Hall Road
Durham
NC
Year built
1800-1825
Construction type
Frame
Stone
Log
Neighborhood
Northern Durham
Use
Residence
Building Type
Residential
Can you help?
You don't need to know everything, but do you know the architect?
Log in or register and you can edit this. 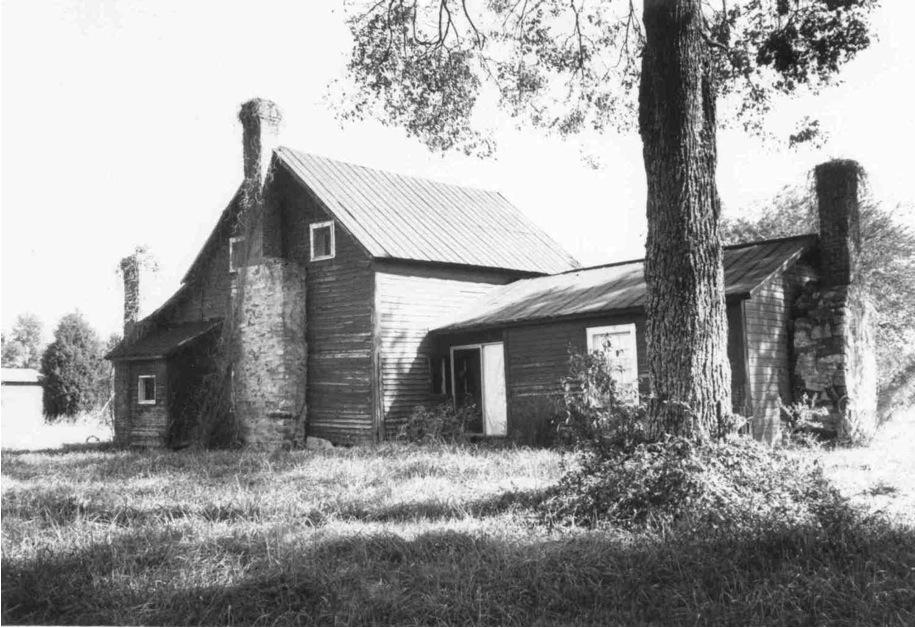 Important as a rare survivor of a kind of dwelling once found throughout what is now Durham County, this one-pen log farmhouse with fieldstone and brick end chimneys was built in the early nineteenth century by Jesse Mangum. Mangum and his wife, Polly Parrish, raised twelve children in the house; three sons later served in the Confederate Army. Information about this property is limited but the style of the chimney on a frame shed at the rear of the house suggests that it was added in the late nineteenth century. In the early twentieth century, a breezeway between the log dwelling and a kitchen house in front of it was enclosed and an entrance created on the east gable end. A shed porch with peeled log supports appears to be more recent. The interior has been remodeled several times, but the house retains some early board paneling and flooring, several batten doors, a boxed stair, and a post-and-lintel mantel in the kitchen.

Outbuildings are of nineteenth- and early-twentieth-century vintage, and include a small ruinous log cabin that may have been a slave house or an early tenant house. South of the house, a cemetery with fieldstone markers is overgrown with periwinkle.