Bahama Road
Durham
NC
Year built
1875-1900
Construction type
Frame
Neighborhood
Northern Durham
Use
Kitchen
Building Type
Residential
Can you help?
You don't need to know everything, but do you know the architect?
Log in or register and you can edit this. 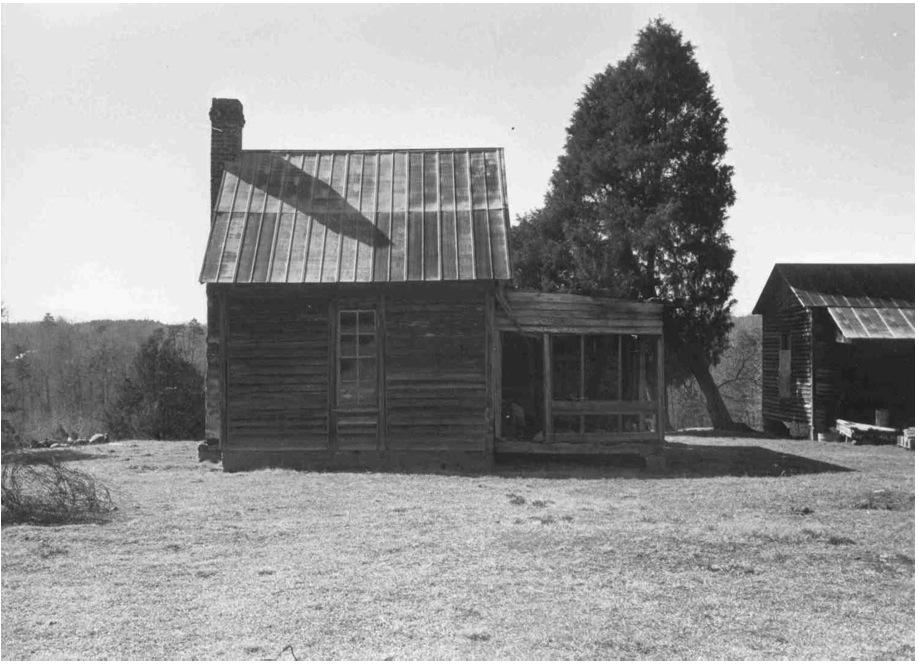 In the late nineteenth century, Luther Roberts constructed a single-pen gable-roofed kitchen house of four-by-four circular-sawn timbers joined by square notches and set over hewn-log sills salvaged from an earlier structure. In keeping with its intended use, the kitchen has a large fireplace with a simple post and lintel mantel and a prominent fieldstone chimney with a corbelled brick stack on the south facade. The original door, a wide, mortised and tenoned, five-panel door is found on the north facade, and a single four-over-four window on the east and south facades. In the early twentieth century, the kitchen may have been a dwelling because door openings were made on the north and west facades to serve a large shed addition and a front porch that have collapsed.

With dilapidated frame tenant houses on the west and north sides, the kitchen encloses a small rectangular courtyard once at the rear of a farmhouse that has been demolished. North of the courtyard a V-notched log barn has been converted for use as a chicken house.