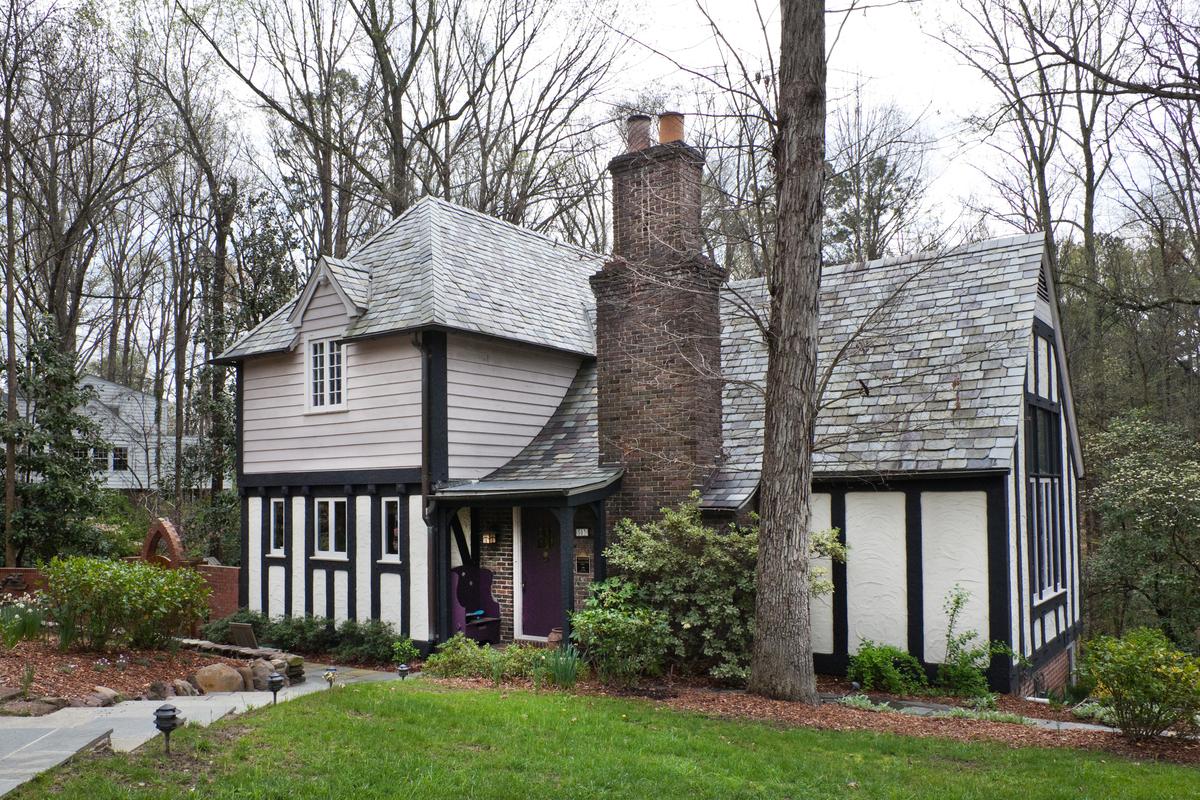 The house address, when it was first built, was 516 Carolina Circle and did not change to 503 Compton Place until 1951, presumably when 509 Compton Place was constructed.

Allan Gilbert and his wife, Mary*, commissioned this quaint Tudor Revival style from George Watts Carr, Sr, because they wanted a similar house to the one they had occupied with their sons Everett and Creighton when they lived in Austria.  Gilbert taught English at Duke for many years, was an avid art and antique collector and was considered a true “Renaissance” man. He and his second wife, Beverly, lived in the house until the early 1990s.  The current homeowners are the third family to live in the house.

The lower elevations of the house are covered with applied half-timbering while the second story of the two-story hip-roofed wing is sheathed in weatherboards. Authentic mortise and tenon construction enframes the large casement windows on the west gable end. A tall, brick chimney with terra cotta chimney pots rises on the front of the house next to the engaged entrance porch. The basement story, which includes a garage under the back of the house, is built of brick.

The house's unusual floor plan revolves around a two-story high living room. The ceiling is so high that the outer portions of it slant under the pitched roof. The copper chandelier is original. Original wood paneling lines the walls. Matching paneling is superimposed on the standard interior doors, which almost disappear when they are closed. A huge fireplace of red brick dominates the north wall. Casement windows in the west wall open over a window seat set between original massive bookshelves. On the south side of the house, the living room opens into a large screened porch. Because of the steep slope of the land, the porch is high above ground level and tall trees shelter its view.

The dining room and kitchen are small compared to the living room. The current homeowners removed a wall to open up the space and installed natural wood cabinets in the kitchen to match original corner cabinets in the dining room. The door to the pantry was found in the basement and reinstalled complete with its original turquoise paint. Another touch of color is provided by the blue and gold accents in the Arts & Crafts style tile backsplash over the sink and counters. The dining table is original – handmade for the house by Professor Gilbert’s son – and was returned to the homeowners by neighbors who had purchased it at the Gilbert estate sale.

A narrow stairway leads from the front entry upstairs to a balcony overlooking the living room through a pointed Gothic arch. Doors with Arts & Crafts style paneling lead to two bedrooms on the landing. The rooms have shallow dormer windows and round coves under the eaves on the outside walls above crown molding.

The current homeowners have developed several garden areas around the house, one of which includes a tree house – for adults – built around the trunk of a huge white oak tree. Constructed of wood salvaged from a barn on Cole Mill Road, this lofty retreat features a screened porch, a solar shower, and a small sink. A formal rose garden contains raised beds constructed of stone, as well as fountains and paved paths. At the west side of the property, the ground rises sharply to an Arts & Crafts style garden that one can access with a set of steps constructed from salvaged Durham City curbstones. And, to top it all off, this historic home also features a chicken yard!

* The 2012 Preservation Durham tour booklet write-up appears to be erroneous: Gilbert was married twice - his second marriage in 1971 was to Beverly Brian, an English professor who taught at Texas Tech University for over 30 years and who passed away in 2015 - but his first wife was named Katherine Everett. Dr. Katherine Gilbert - who has both an extensive Wikipedia page and an entry on NCpedia - was a widely respected educator and philosopher.

She and Allan were wed in 1913 and lived in upstate New York until they moved to Durham.  In 1930, she was "the first woman to become a full professor and, until the time of her death, the only woman to hold a chairmanship of a liberal arts department at Duke University." (NCPedia)  A dormitory on campus is partially named for her.

She and Allan had two sons: Everett, who became a chemist, and Creighton, who became an art historian and faculty member at Yale University.  A 1936 issue of Duke's literary magazine, The Archive, indicated that Everett, while in Durham, had acquired wood-carving skills to which the Preservation Durham tour booklet allude.  The 1940 US Census reveals that Creighton (age 15) lived in the house with his parents and his widowed, maternal grandmother, Sue Everett (age 82).

Given her high profile, speaking engagements, and books, Katherine found her name in the Durham newspapers as frequently as Allan.  After an illness, she passed away on April 28, 1952. 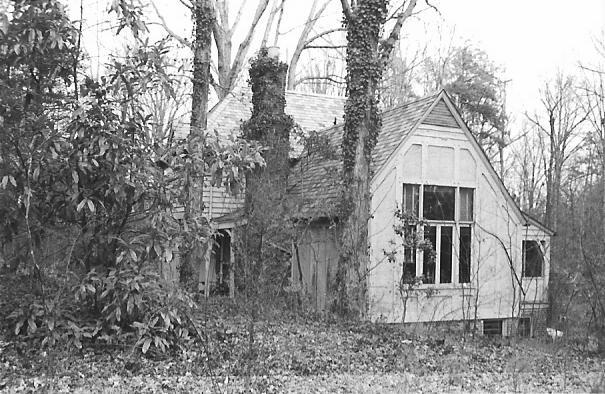 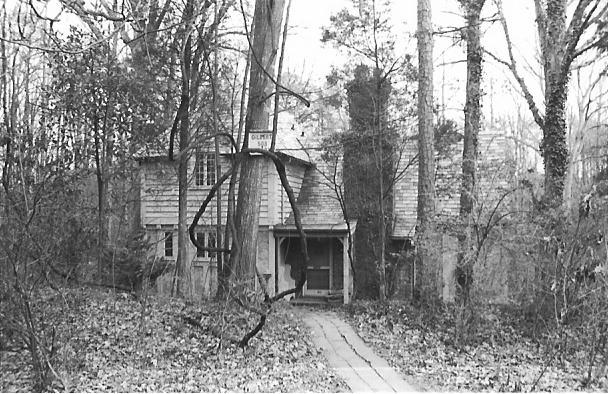 Until the early 1920s, most of the land that comprises Forest Hills belonged to a few farmers who left much of the gen- tly rolling hills as forests and meadows. Scattered along the edges of the neighborhood are a few houses that survive as reminders of the area's early history. These homes were often very small- one room deep and one story high...
Read More