I can't say that I find the Howerton-Bryan building on West Main, a colonial revival funeral home/chapel built around 1930, all that architecturally fascinating, but the Howerton-Bryan business holds, I believe, a singular distinction as the oldest continually operating business in Durham.

Established in 1874 by RT Howerton at 316 North Mangum St., the firm eventually included the rest of the family and became Howerton and Sons.

In 1931, after or around the time the firm built their new establishment at 1005 West Main, Kenneth Bryan joined the business, and it became Howerton-Bryan 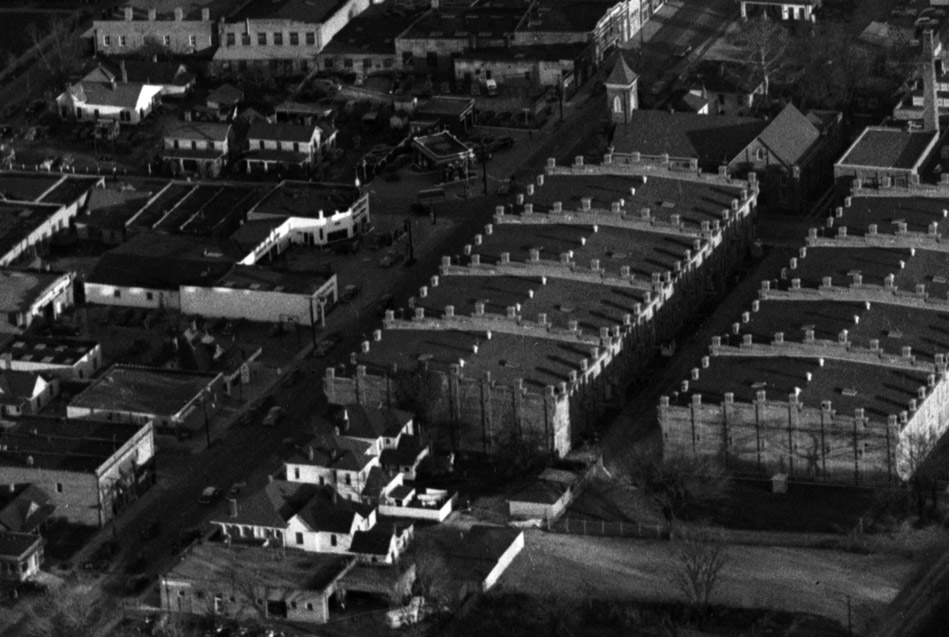 Looking northeast, 1948, at the rear of the funeral home (with the hipped roof immediately abutting a side-gable roof)
(Courtesy The Herald-Sun Newspaper) 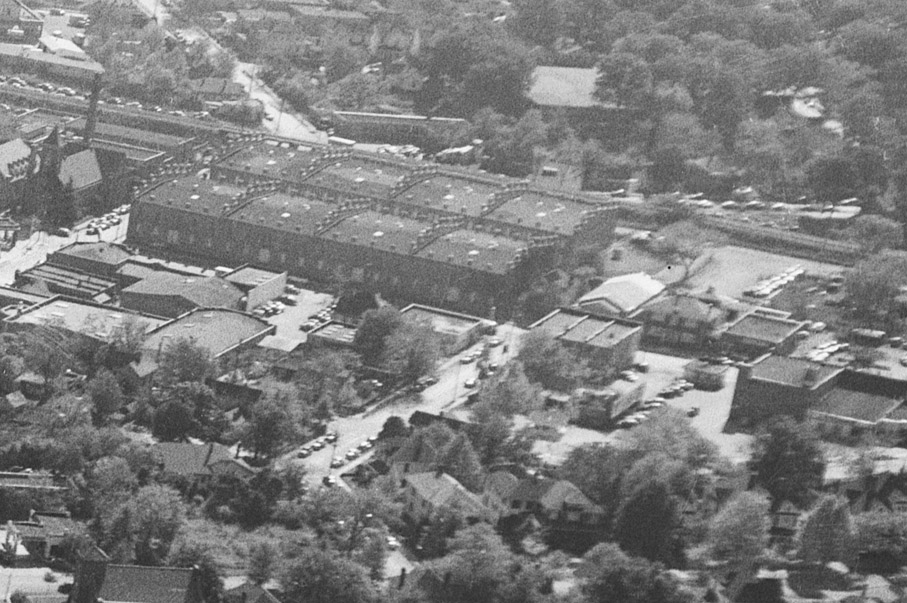 As one source brags about the establishment in 1951 - "A needed convenience is afforded patrons of this home in its parking lot, Durham's largest for funerals."

I don't know if Howerton-Bryan still holds the title, but the asphalt (mercifully behind the West Main-fronting buildings) is rather immense. 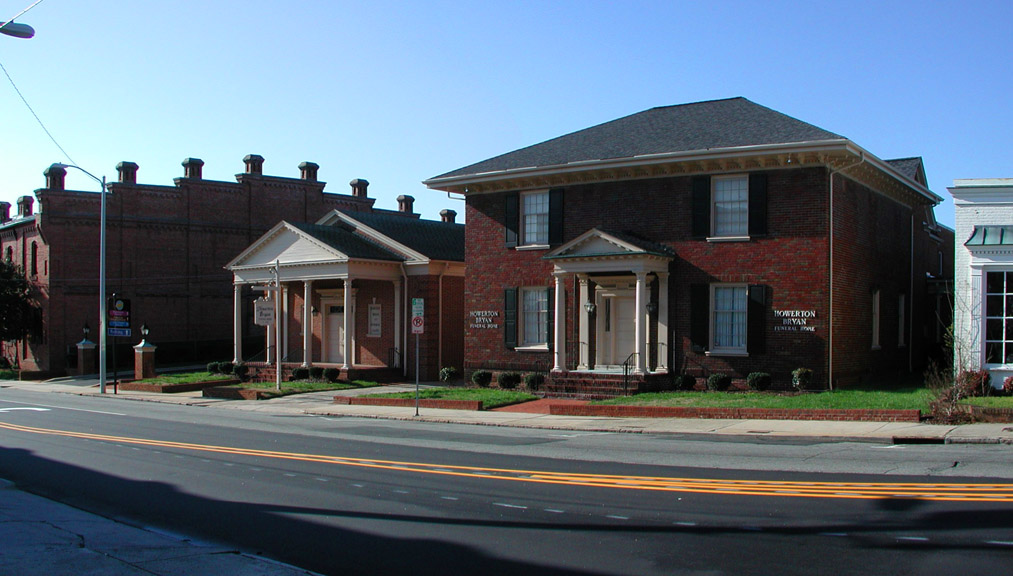 Howerton-Bryan closed in 2015; in June 2017, the Pappas Group began demolition of the former H-B buildings to construct yet another apartment building, meeting the desperately pressing need of no one.

Hey, you might double check the "looking north" in your first caption :-)

The folks at Hall-Wynne (just down the street from Howerton-Bryan) told me that in the old days when one of the Liggett/Myers staff (and perhaps their families) died, you'd see a steady stream of mourners walking the sidewalk from the factory to the funeral homes, paying their respects at each shift change.

By the way, I appreciate the inclusion of Main St. Methodist in the upper left corner of the top photo. As you noted in a recent post, the 800 block of W. Main sure looked different when it wasn't a big parking lot.

It is my understanding that

It is my understanding that the admittedly not so great buildings near the corner of Broad & W. Club, across from Watts Grocery, will soon be, guess what??? more asphalt parking for Clements Funeral Home. Although there might not be as many church services per week as funeral services, it seems that funeral homes have gotta have that asphalt jungle themselves, or they too will perish.....

That's the dead center of

That's the dead center of town.