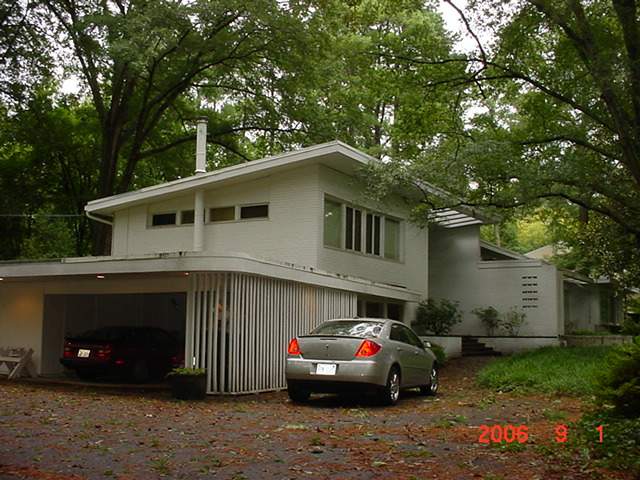 The rambling modern split-level house, with Roman brick walls, originally occupied the entire block between Wells and Bivins streets.  On the rear, the house wraps around two sides of an original swimming pool, with an adjacent round, flat-roofed pool house and large terrace. The Evanses entertained here frequently in the pool and courtyard space.  Their house was often called the “Jewish Country Club” as the Jewish Evanses were not allowed in other Country Clubs at the time.  The house is now owned by William and Garrie Kingsbury. House Photo by George Smart. Family Photo from 1957:  Sara, sons Eli and Bob, and father Eli.