With the closure of the Durham Hosiery Mill No. 1 in 1938, the Edgemont community fell into significant socioeconomic decline - after having only been out of economic despair for ~40 years.

This was the impetus for a social experiment of sorts - one which doesn't seem that novel today, but was unusual for the time, and also helps dispel the false notion that Duke students have been historically uninvolved in Durham. Through the Chapel at Duke, Reverend Louis Mayo and his wife helped establish a community center for Edgemont that would provide activities for children and teenagers in the neighborhood.

The community center was initially established "on the second floor of the old Knights of Pythias building" per Jean Anderson, but that building burned shortly thereafter. In 1943, a new center was built on the southeast corner of S. Elm and Angier Ave.

Because of the determination of the Duke student volunteers, the program survived during the next fifteen years despite negligent directors, the conflicting philosophies of the Recreation and Welfare departments, a polio epidemic in 1944 - which closed the center temporarily, and the failure of the city to meet its obligations to provide recreational facilities and supervision. 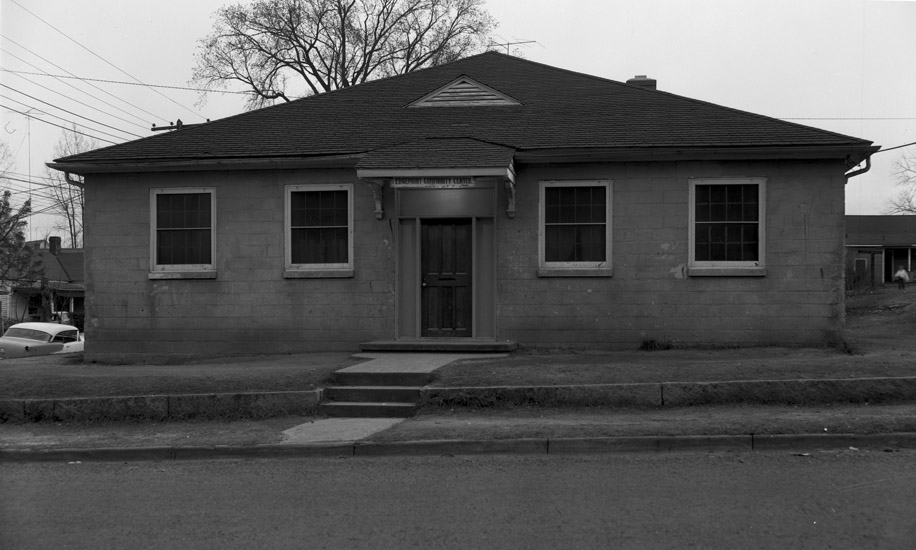 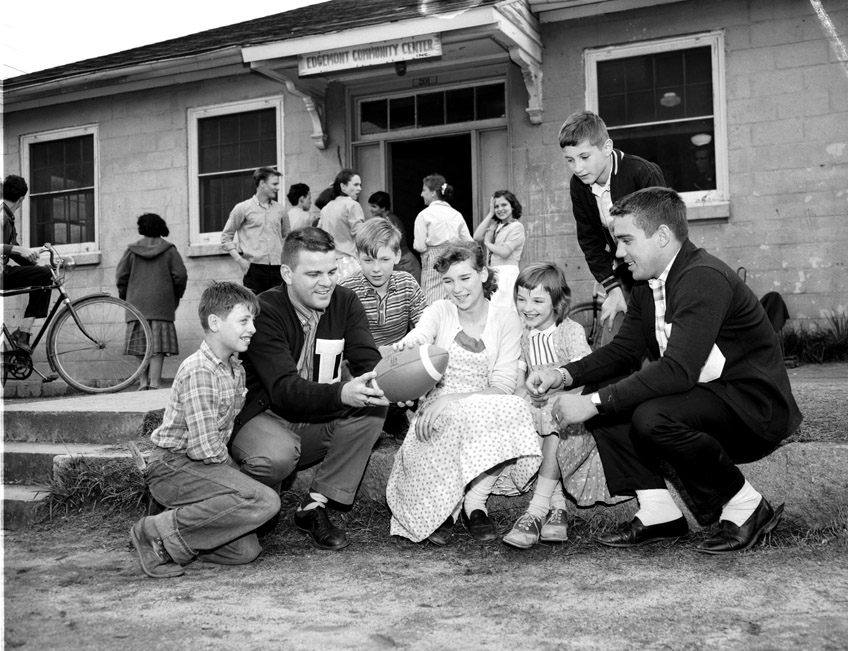 By the 1960s, the center was at least partly operated with funding from Operation Breakthrough, the Youth Organization for Community Action, and the North Carolina Fund. 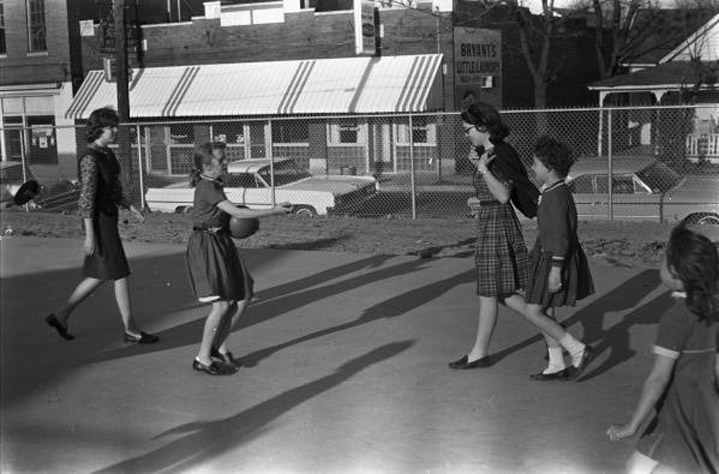 Photo by Billy Barnes, looking northwest from a play area to the east of the building, across Angier Avenue.

The building appears to have been torn down sometime in the 1980s - the Edgemont Community Center continued in some form after that point; although it still lists an address on Ramseur St., I'm fairly sure that the center is defunct. The site of the building is now a park.