209
Vivian Street
Durham
NC
Cross Street
Blackwell Steet
Year built
1900
Year demolished
1993
Construction type
Masonry
Neighborhood
Downtown South
Use
Ice Company
Power Company
Building Type
Commercial
Can you help?
You don't need to know everything, but do you know the architect?
Log in or register and you can edit this. 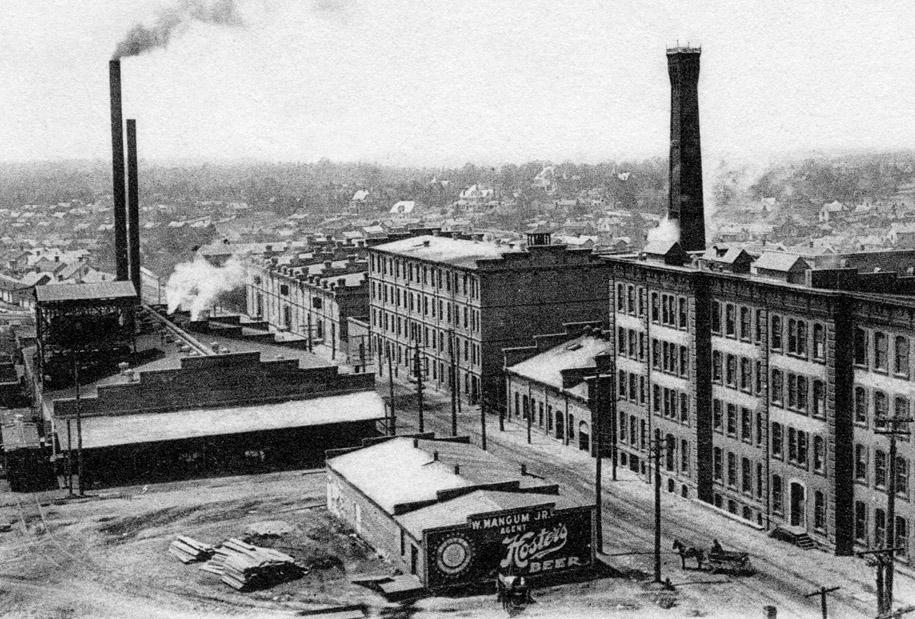 Durham Light and Power, on the left side of Blackwell St., looking southwest, 1906.
(Courtesy the University of North Carolina)

The Durham Light and Power Company (which I believe later merged with the Durham Traction Company) had its primary power generation facilities on Blackwell St., along with its ice plant. Although the Durham Traction company ran the streetcar system (and later buses), the car barn was located on East Main Street, not at this site. 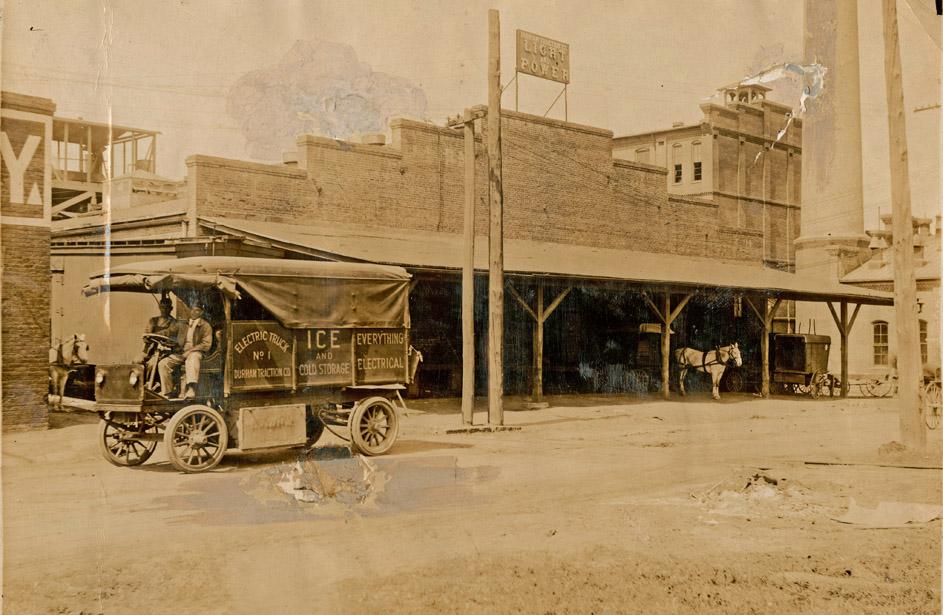 Ice trucks would pull up to the shed-front to pick up ice for delivery. You can see a combination of both horse-drawn ice wagons and motorized in this picture.

Here's another view from a bit later - probably 1910s, taken from Blackwell and Vivian, looking south/southeast. 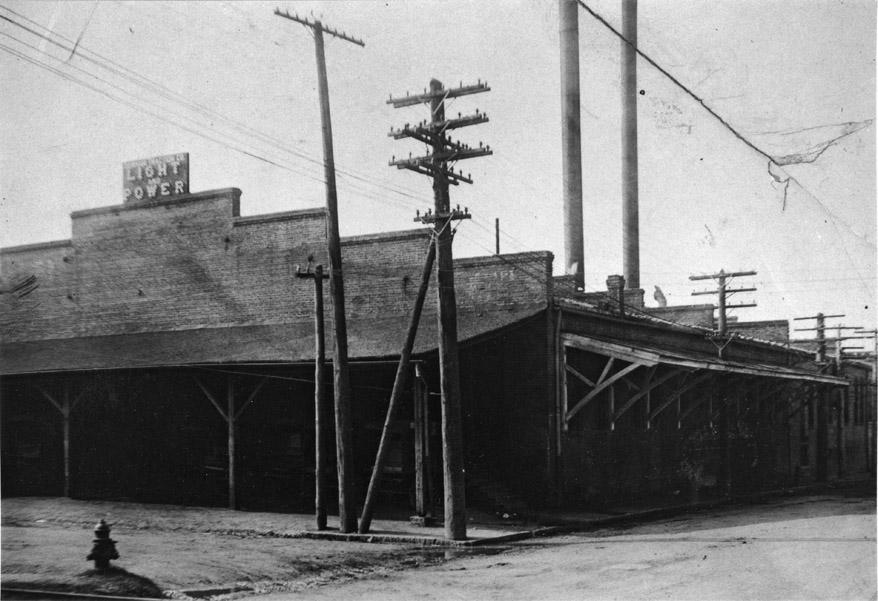 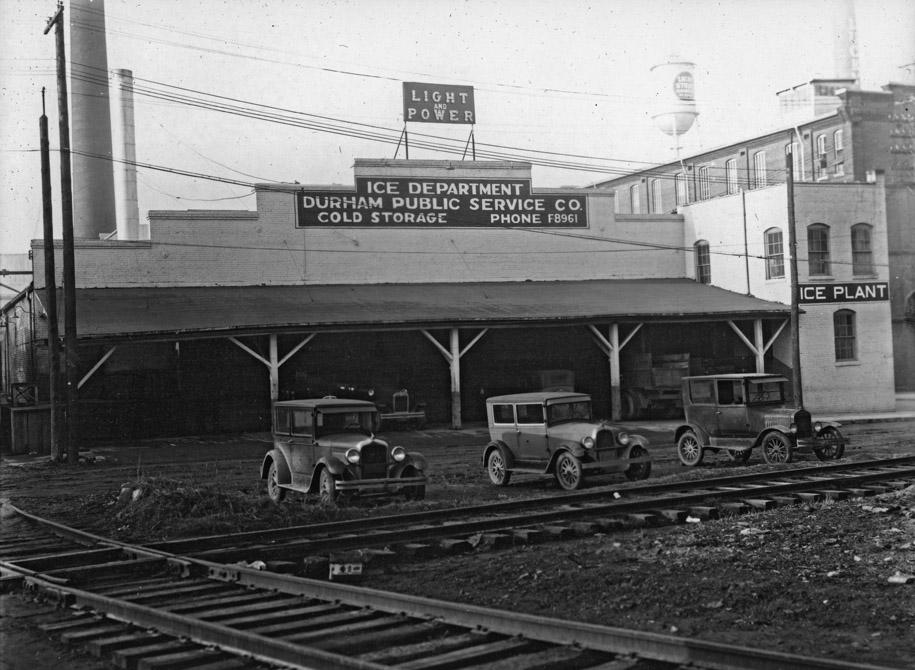 It's unclear if there are still ice trucks parked here, but it is still functioning as an ice plant. and power facility. I think they had just started to park the trucks across Blackwell Street, in front of the American Tobacco Bull Building. 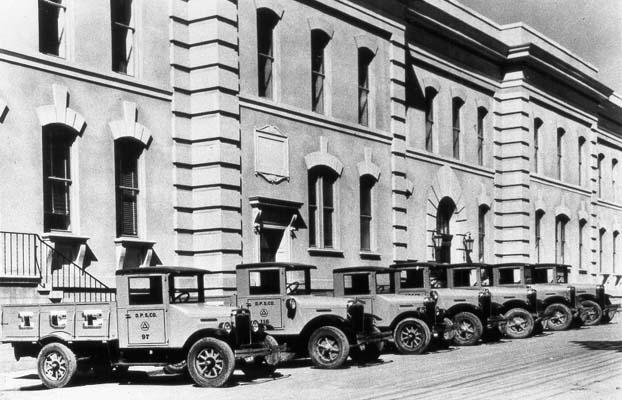 The plant continued to be the primary power plant and provide both ice and cold storage into the 1930s. 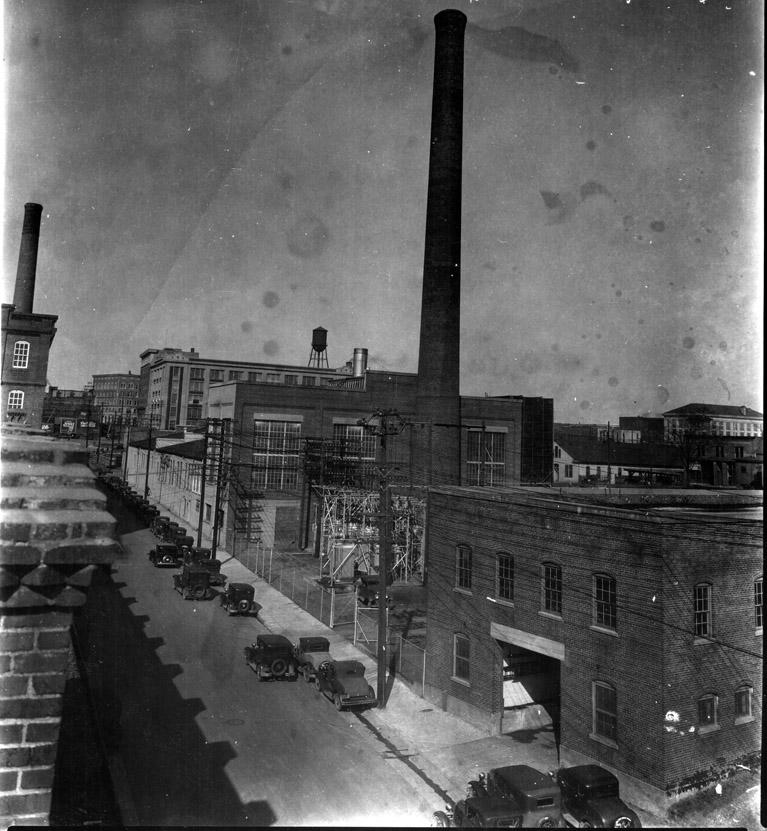 Looking northeast up Blackwell St. at the rear of the plant, 1930.
(Courtesy Durham County Library) 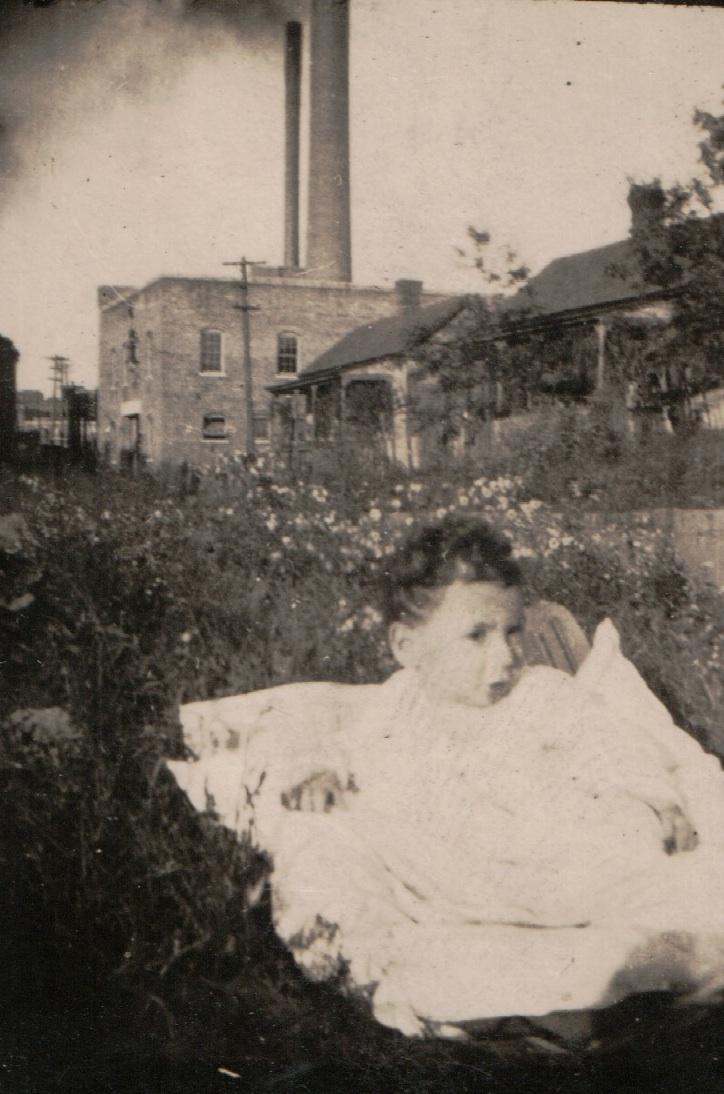 Photo looking north along Matthews St. at the back of the same building above - found in an album at "Everything but Grannie's Panties" by reader Clint. Origin unknown.

Ice plants became progressively unnecessary with refrigerators, and I'm sure that this facility became inadequate for power generation. I'm unsure of what the facility was used for when it was appraised by the urban renewal people in 1963. 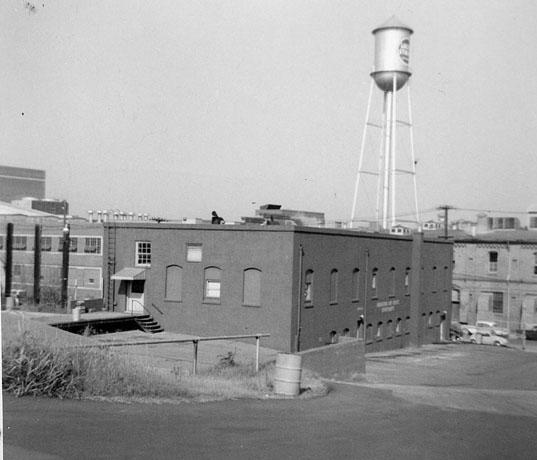 The southernmost building on the property, looking west towards American Tobacco. 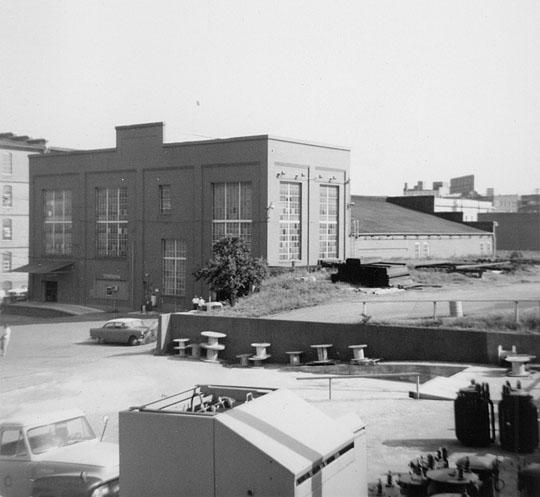 The main building from the rear, looking northwest. Note the back of the stepped front facade is visible.

Durham Traction Co. became part of Duke Power, which ran the bus system in Durham. They built a new bus facility on part of the site, between the older structure, across the former South Street, and on the site of the former Austin Heaton Co. 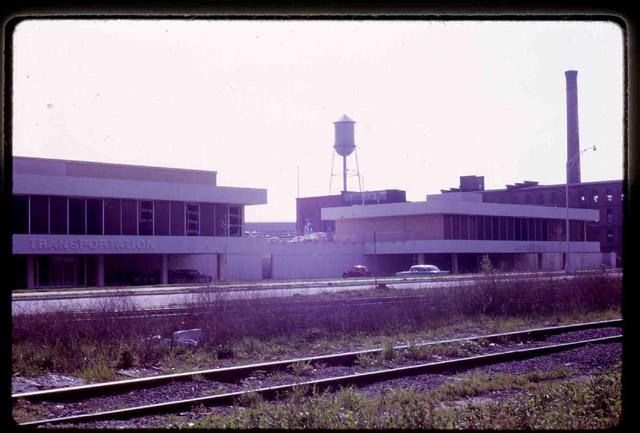 The old Durham Traction Co. / Ice Co. building was demolished at the time the new Durham Bulls ballpark was built in 1993.

The then-DATA buildings were torn down in the run-up to construction of the Performing Arts Center. The former Ice/Power Plant site is slated to accommodate the "Diamond View 3" office building and future residential structures. 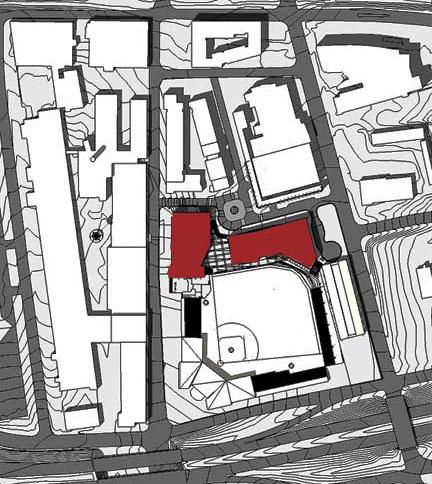 A view of the site shows the DVII and DVIII buildings. 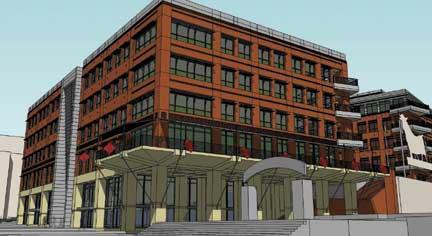 Rendering of DVIII
This building certainly appears to be oriented towards some sort of pedestrian plaza - I just hope that it has an entrance of equal activity/importance on the street side.