3934
Dover Road
Durham
NC
Year built
1930
Year(s) modified
1985
Architectural style
Colonial Revival
Construction type
Frame
Neighborhood
Hope Valley
Can you help?
You don't need to know everything, but do you know the architect?
Log in or register and you can edit this.

Two-and-a-half-story side-gabled Colonial Revival house with gabled dormer windows, bracketed open entry gable centered on pent roof that shelters first story; aluminum siding and replacement windows and door appear to have been added ca. 1985. Neighborhood oral history identifies this as the Constable House. Palmer and Chrysteen Constable moved to Hope Valley between 1930 and 1931 according to city directories. Palmer N. Constable was the secretary of the Hope Valley Country Club in 1928. In 1940, the Constables sold this house to Richard and Mary Reid, who remained here through at least the end of the period of significance. Richard Reid was a supervisor at Liggett and Myers Tobacco Company.

Neighborhood historians recall this house being called Frog Hollow because the front yard would often become filled with water and attract scores of noisy frogs that could be heard throughout the area. 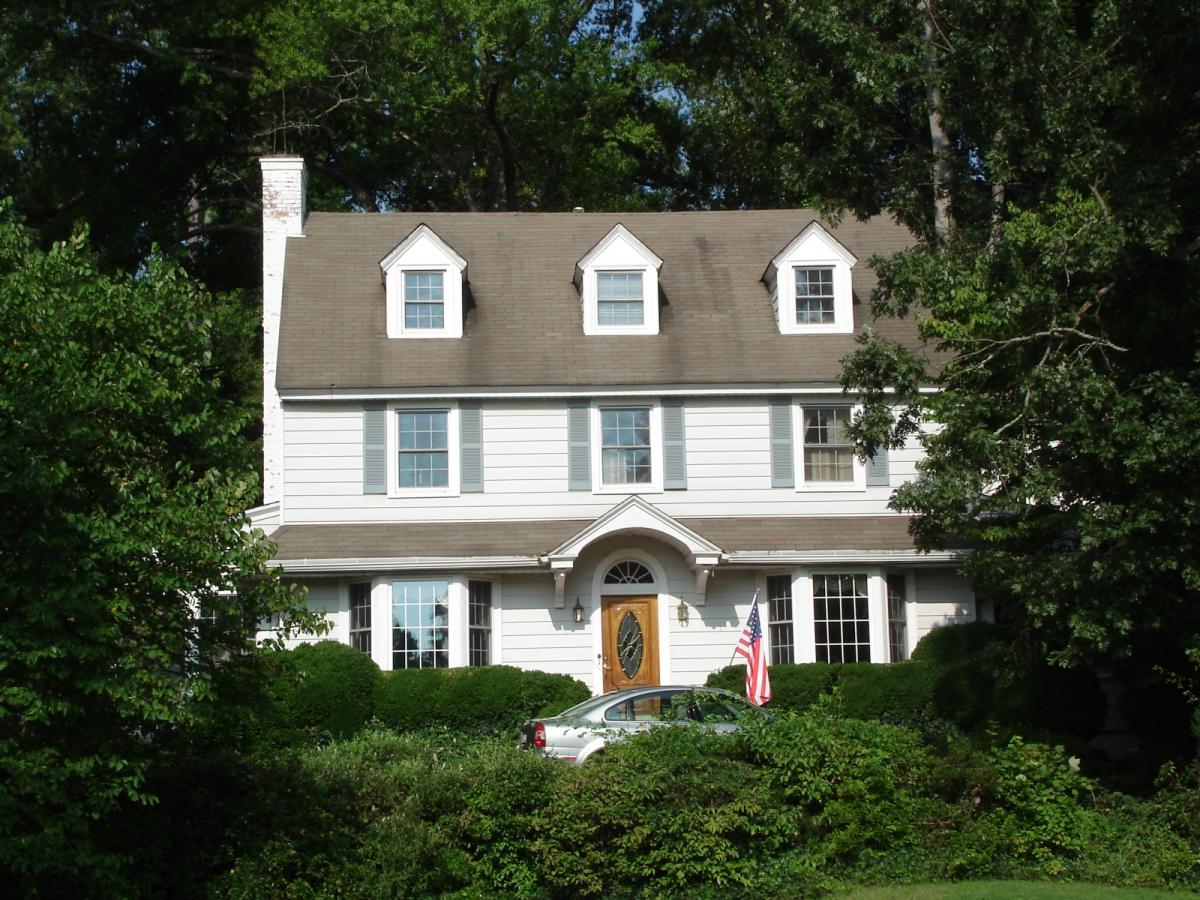