East Cornwallis Road
Durham
NC
Year built
1972
Year(s) modified
1986
2014
Architectural style
Modern
Construction type
Masonry
Building Type
Commercial
Can you help?
You don't need to know everything, but do you know the neighborhood?
Log in or register and you can edit this. 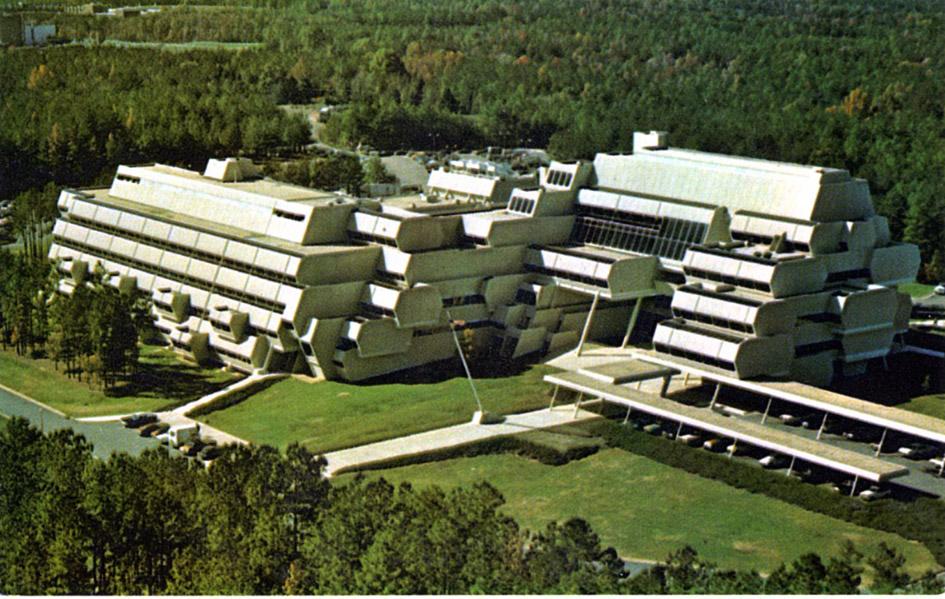 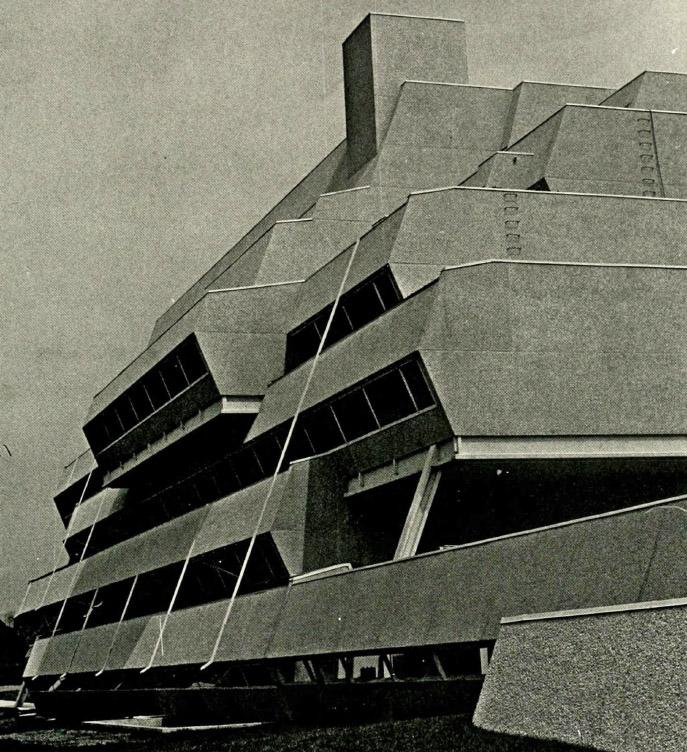 In February 1969, the pharmaceutical company Burroughs Wellcome bought just over 66 acres of land from the Research Triangle Foundation to relocate its headquarters from Tuckahoe, New York.  Planning a flagship office reflecting their place on the industry's cutting edge, they commissioned renowned modernist architect Paul Rudolph for the design. 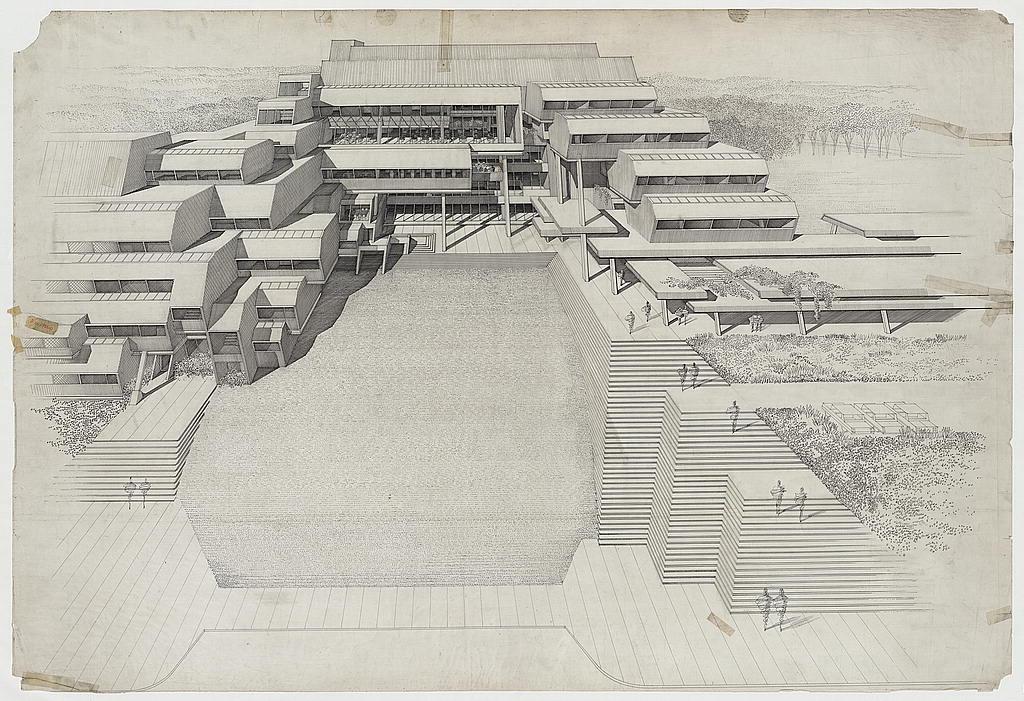 Aerial perspective drawing of the east side of the complex (The Paul Rudolph Archive, Library of Congress)

Rudolph would describe his vision for the Burroughs Wellcome headquarters as follows:

“This complex climbs up and down a beautiful ridge in the green hills of North Carolina and is architecturally an extension of its site. An 'A frame' allows the greatest volume to be housed on the lower floors and yet connected to the smaller mechanical system at the apex of the building. The diagonal movement of interior space opens up magnificent opportunities. Anticipation of growth and change is implicit in the concept.”

(Excerpted from the 1970 book The Architecture of Paul Rudolph by Sibyl Moholy-Nagy, p.233.  For more on Rudolph's life and work visit the special page created by the Carney Library at UMass-Dartmouth - a campus Rudolph himself designed in the early 1960s.)

The arrival of Burroughs Wellcome was a landmark both in the growth of the Research Triangle Park as a hub of major business operations and in the development of this once-rural corner of Durham County. 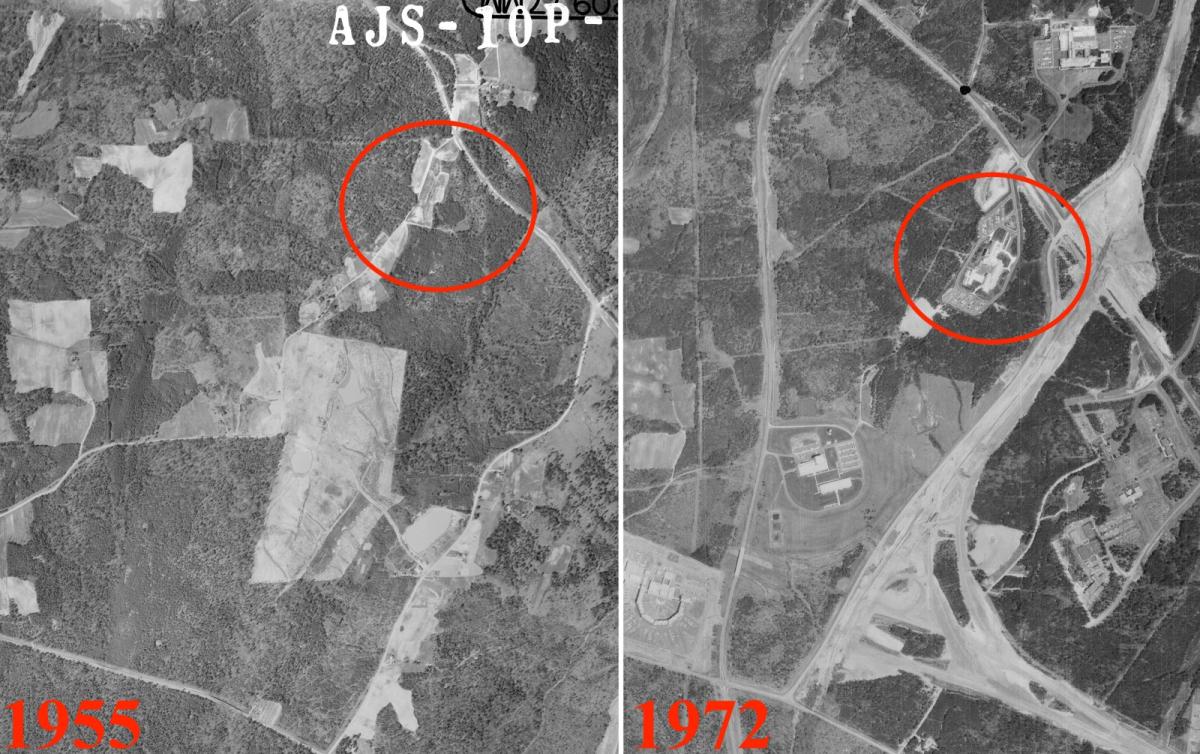 With the future Interstate-40 and Durham Freeway still under construction, notice the development on both sides of Cornwallis Road (top right in both photos) extending south to NC-54 (bottom left in both) and the addition of T.W. Alexander Drive (absent in 1955, running top to bottom left of center by 1972).

While Rudolph's design drew mixed reviews, it was a strong enough statement for Burroughs Wellcome to feature its new, modernist headquarters as part of its advertising. 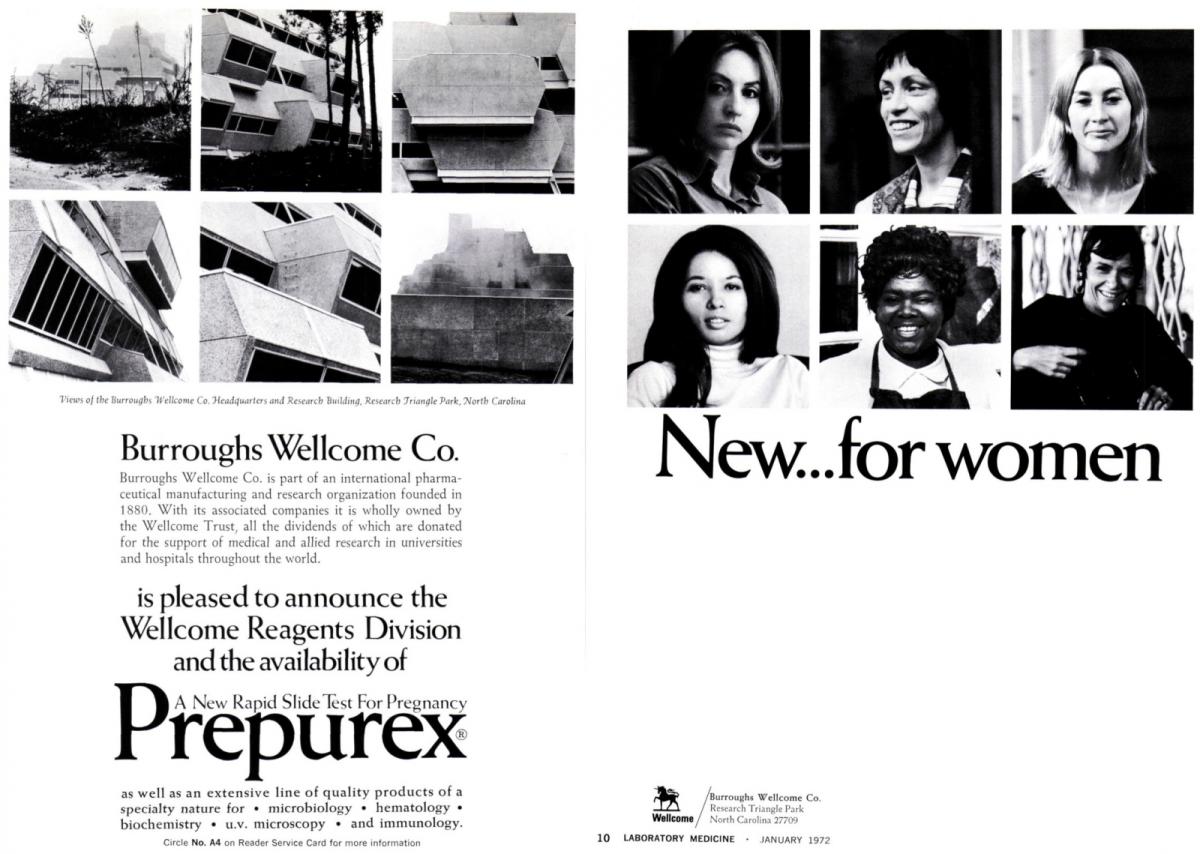 The massive office and laboratory complex is perhaps most widely known for its turn as part of the set for the 1983 science fiction film Brainstorm - starring Christopher Walken and Natalie Wood.

The building was eventually named in honor of Gertrude Elion and George Hitchings - research chemists with Burroughs Wellcome who shared the 1988 Nobel Prize in Physiology or Medicine with Sir James Black.  Honored for groundbreaking work on drug structure and design, the pair had moved with the company when it relocated to the Research Triangle.  (For more details on Elion and Hitchings' research, see bios on ScienceHistory.org and NCpedia.org) 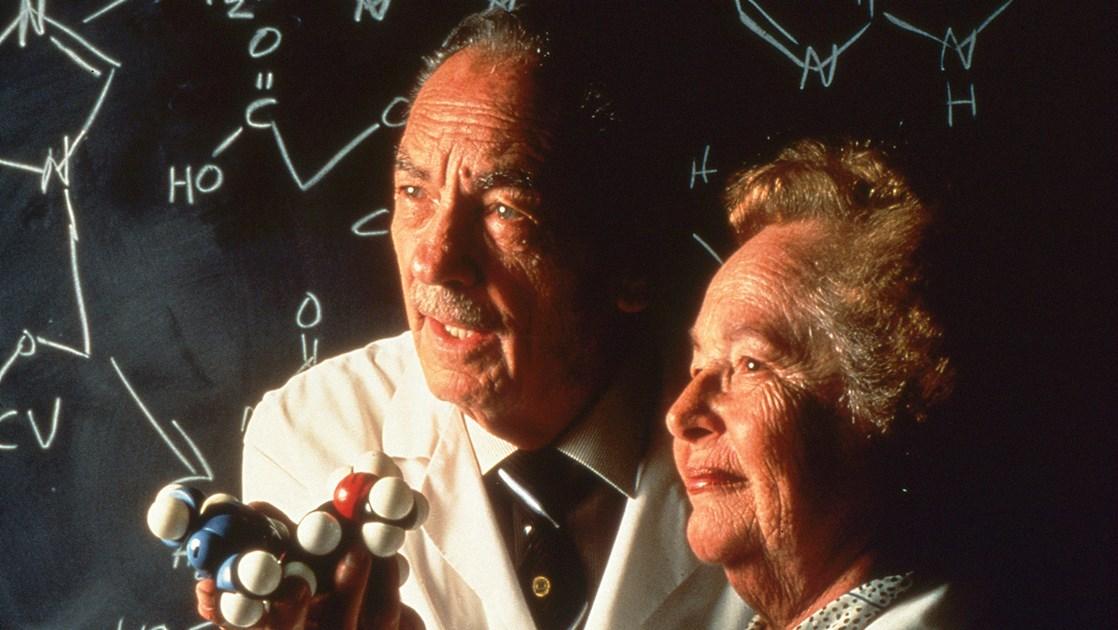 Burroughs Wellcome merged with Glaxo in 1995, both eventually becoming part of GlaxoSmithKline, which gradually concentrated its operations elsewhere.  As this facility fell into disuse, tours of the remarkable complex were organized - including one in fall 2012 by NC Modernist.

Earlier that year the Elion-Hitchings Building was sold to the biotech firm United Therapeutics, which has sizable offices adjacent on T.W. Alexander Drive.  They have since demolished portions of the sprawling structure, but were said to be preserving and rehabilitating the "most memorable and historic portions" at least as recently as June 2016.

I pass this building nearly every day. There's a 'For Sale' sign at the Cornwallis Road entrance. Is it really for sale?