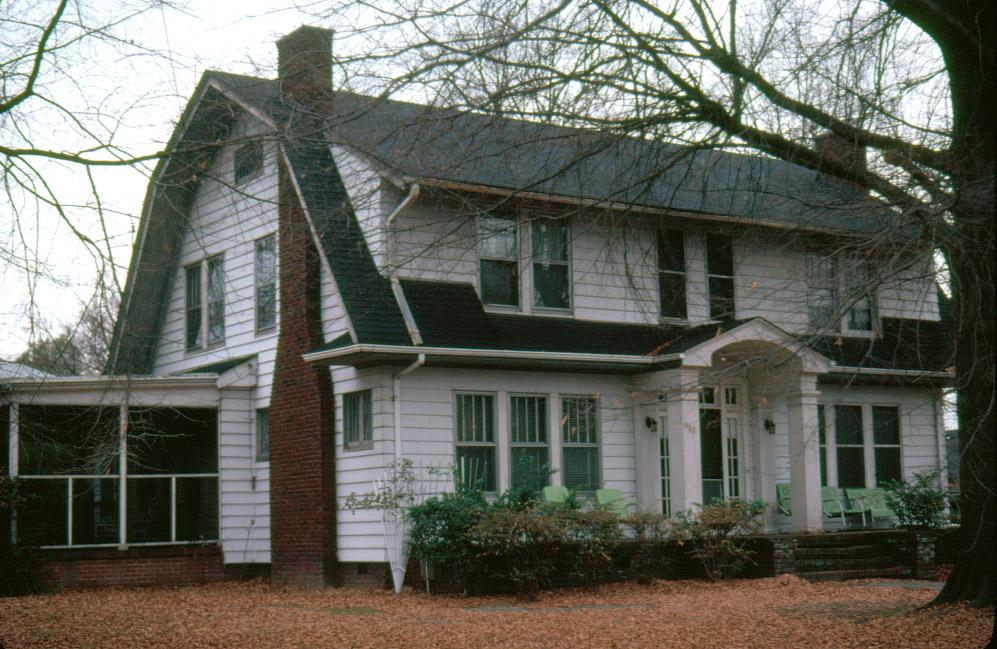 A small frame grocery sat at this corner until the mid 1920s; it was listed as Page and Page Grocery in the 1924 City Directory. Soon thereafter, the grocery was demolished and a two story Colonial Revival home was built.

Two story aluminum sided with gambrel roof, pert roof between first and second story. Elaborate gabled/arched stoop over front
door which is surrounded by sidelights and a transom. Rectangular shape of house is broken by a projecting screened side porch.

By the 1990s, the house was a duplex; it's unclear to me whether it was built as such, but it was certainly at least used as a rooming house soon after construction. That a husband and wife lived here along with an unrelated man in 1928 does suggest that it was a duplex. 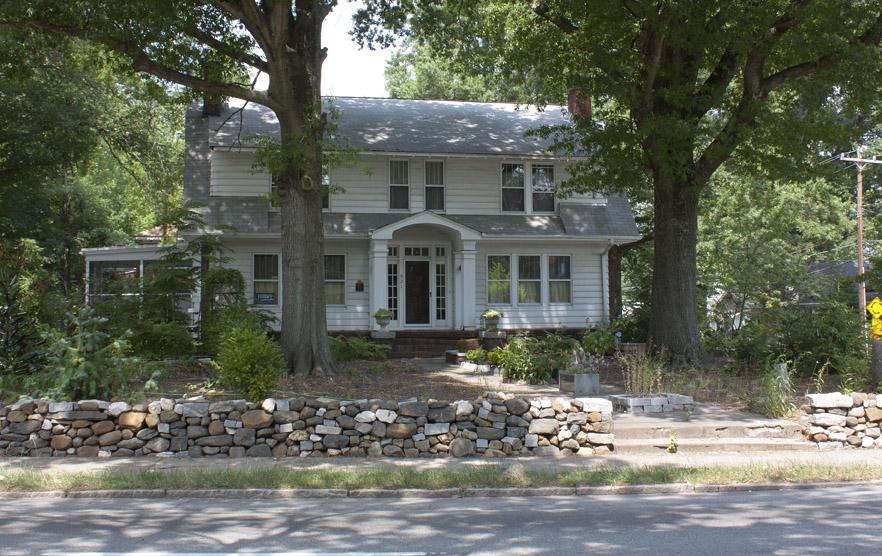 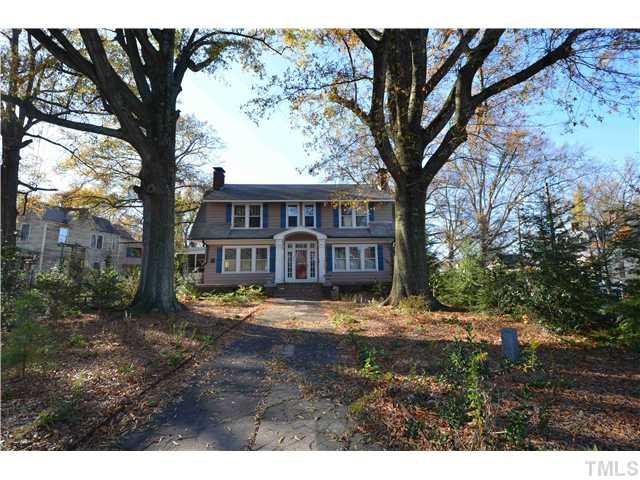 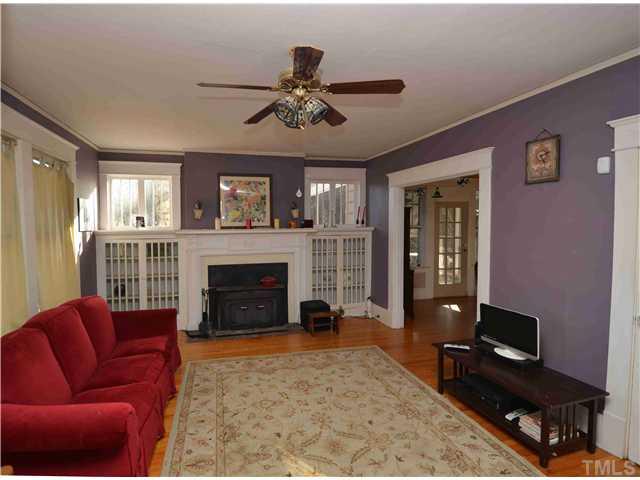 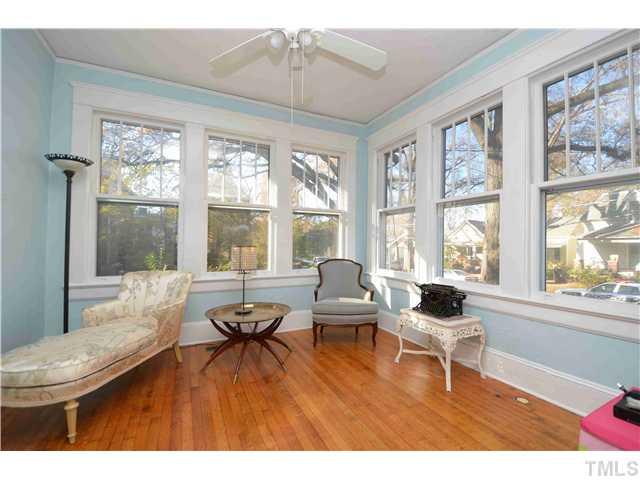 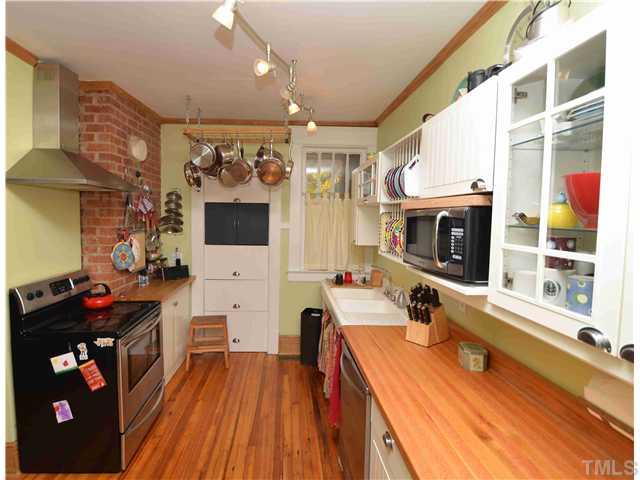 The house was definitely built as a duplex, and has a symmetrical floorplan with two staircases up the middle.  The front door leads to a foyer where there was once a door to each unit; the last owners connected the two through the kitchen and at the top of the stairs, so it is now single-family.

The Preservation Durham plaque on the front dates the house to 1925.