One-story brick Period Cottage with a hipped and gabled roof. 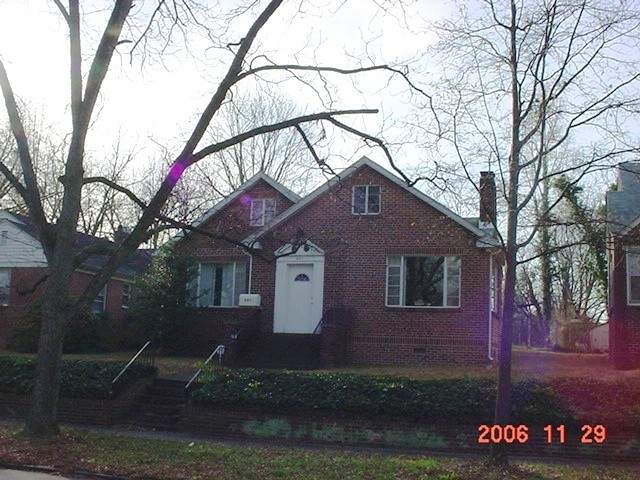 Text in italics from the Trinity Park NR listing:

Jessie Bames House. One-story brick Period Cottage with a hipped and gabled roof, 2 front metal picture windows with flanking casements, and an enhance with a broken pedimented surround. All other windows are metal casements. Jessie H. Barnes
was owner/occupant in 1950.

The house was actually built in 1935, as confirmed by the city directory; Jessie Barnes was the original resident in the late 1930s. The property was sold in 1952 to Mr. and Mrs. Sam Brockwell, who lived there until 1957.  It was then sold again in 1958 to Mr. and Mrs. Donn Michael Farris.  Mr. Farris was a professor on the faculty of the Divinity School at Duke University, and he and his wife lived there until his death in 2005.

The house was originally built with a large front porch to the right of the entry.  Sometime before the mid 1950s, the porch was enclosed and the right-hand gable added.  (The slight difference in the color of the bricks around the door compared with the rest of the gable is visible in the photo.) The interior is interesting because the original french doors and arched glass door that opened onto the front porch were retained when the porch was replaced with a front room.  There is also an unfinished storage room above the added front room that encloses part of the original roof predating the addition. 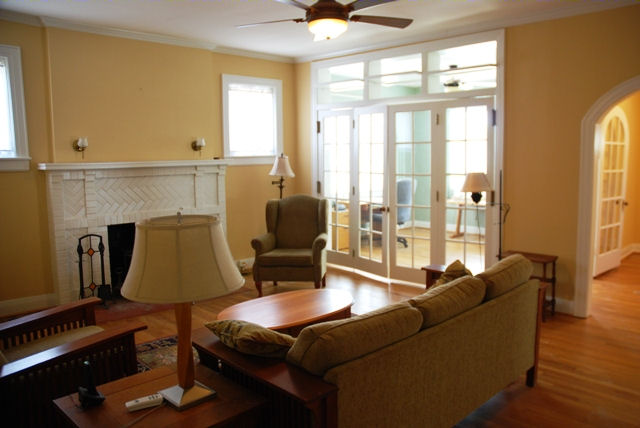 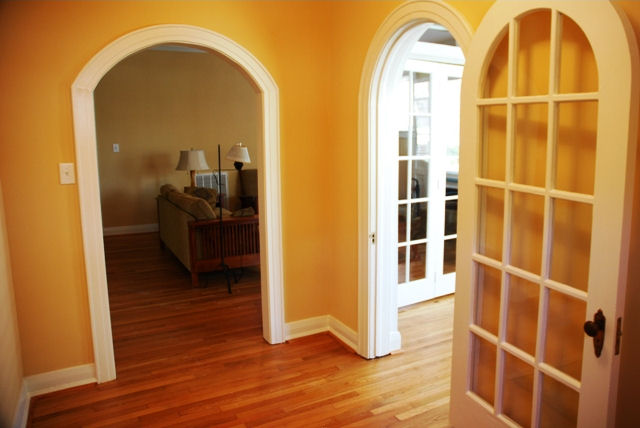 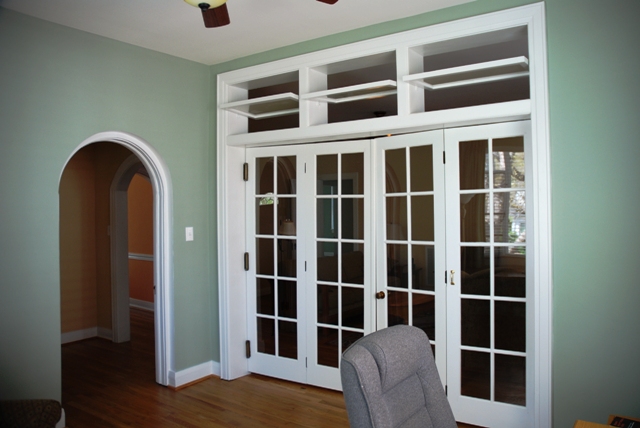 This is the house that I grew

This is the house that I grew up in during the 1960s and 1970s. It was actually built in 1935 and is contemporary with the McBroom house next door at 923 North Buchanan. The (I believe) original owner J. H. Barnes sold the house in 1952, and it was sold again to my parents (Mr. and Mrs. Donn Michael Farris) in 1957. I actually have the deeds for both of those sales. My parents then lived there until after my father passed away in 2005. It's also an interesting house inside. According to my parents it was originally built with a large front porch to the right of the entry. The porch was later eliminated and the right-hand gable added. The interior still has the large french doors that opened from the main room onto the original porch as well as an arched glass door that opened onto the porch from the foyer. Both of these now open into a front room of the house - it's quite striking. There's also a storage room above the front room that encloses part of the original roof pre-dating the addition.