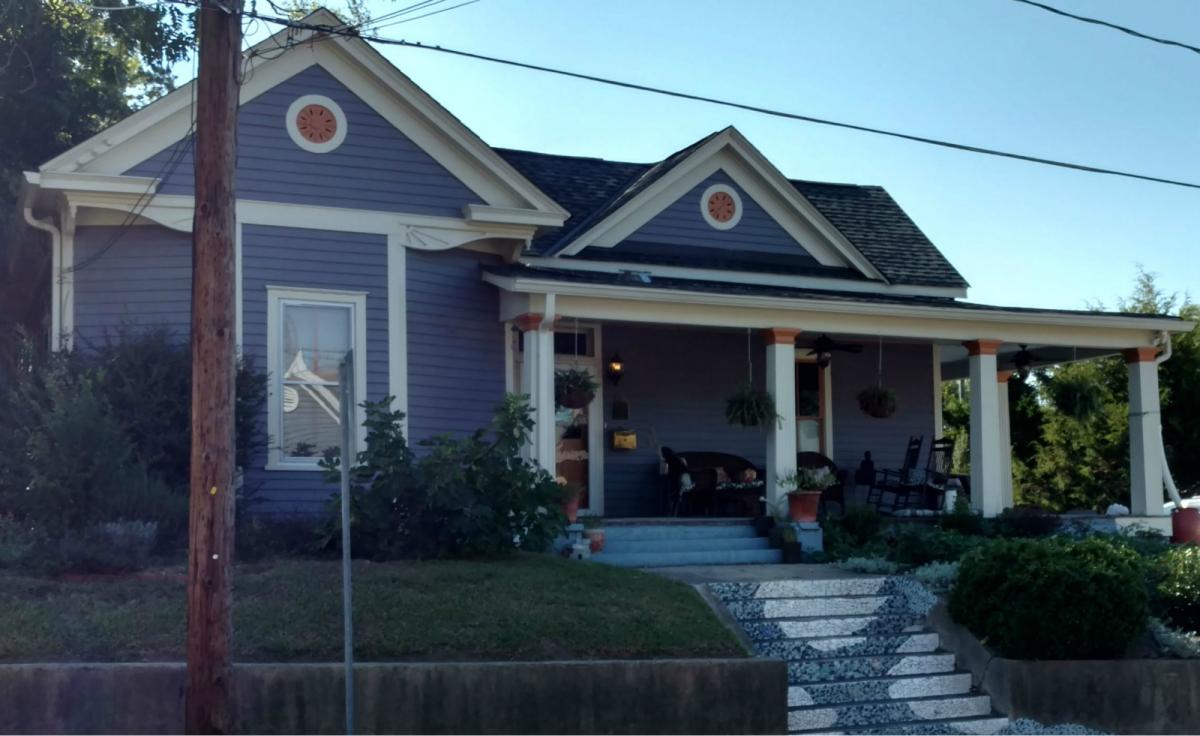 This home received a historical plaque from Preservation Durham. The following information comes from the plaque application:

The Clark family lived on Cleveland Street from the mid-1880s through the end of the century. They may have subdivided their lot around 1898, when the property was sold to William Lucius Rigsbee. It is quite possible that (as a carpenter) William Clark built the house before the sale, or Rigsbee had it built after purchasing the property. Regardless, Rigsbee is the first apparent resident, in 1902 (there are no city directories from 1892 to 1902, so exact date of habitation is hard to determine).

Part of the confusion is that there seems to be a re-numbering of Cleveland Street between 1902 and 1903. However, all of the families living there had a jump of approximately 500 in their house number, so 523 Cleveland became 907 Cleveland.

Lucius Rigsbee and his family lived there until 1914, when the property was sold to Daisy Younger. She and her husband later sold it to its longest resident and owner, Paul T. Fogleman, who lived in the house from 1921-1939 and (with his descendants) owned it from 1919 to 1992. Before and after his occupation, the building was used as a rental and clearly evolved over the decades.