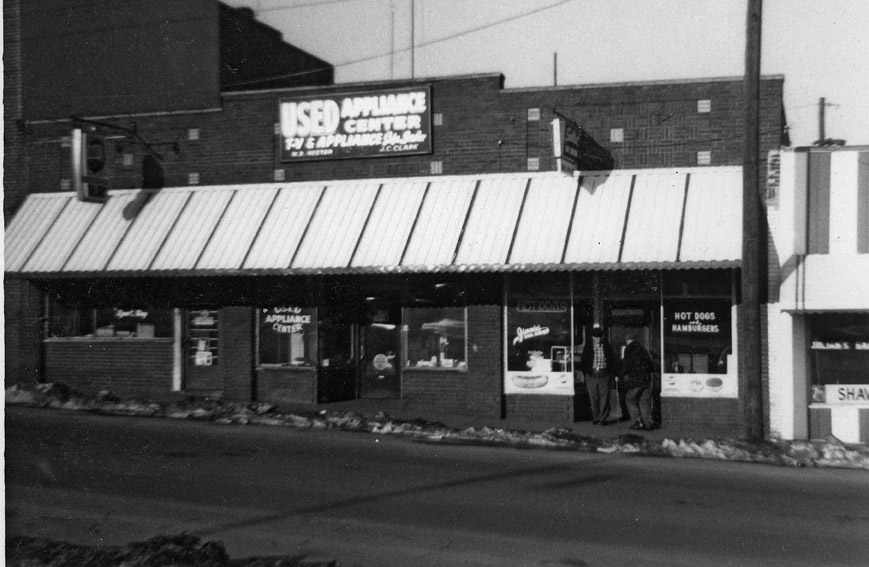 A 1950s aerial shot showing East Main St., looking northwest, with the Golden Belt Hosiery Mill in the background. 907-909 is the single-story commercial structure, second from the left end of the strip.
(Courtesy Herald-Sun) 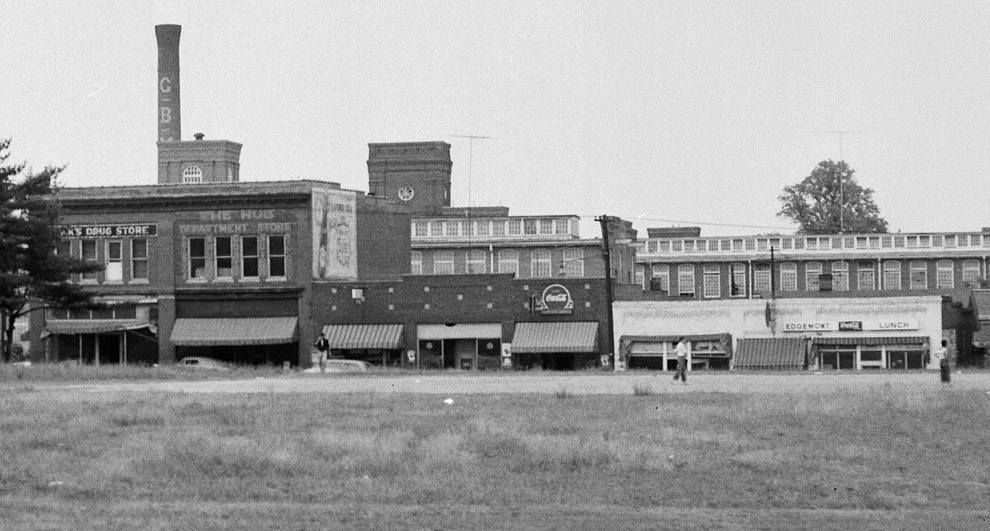 Looking north across the Hosiery Mills park from the Durham Hosiery Mills at the west end of the business district with 907-909 the single story brick structure visible second from the left end of the strip.
October 1955.
(Courtesy Herald-Sun)

I'm not sure how long Jimmie's Soda Shop lasted after 1966. 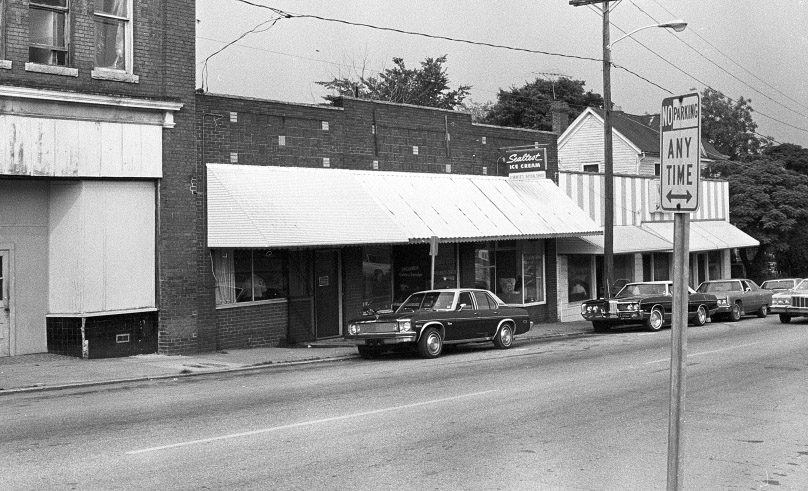 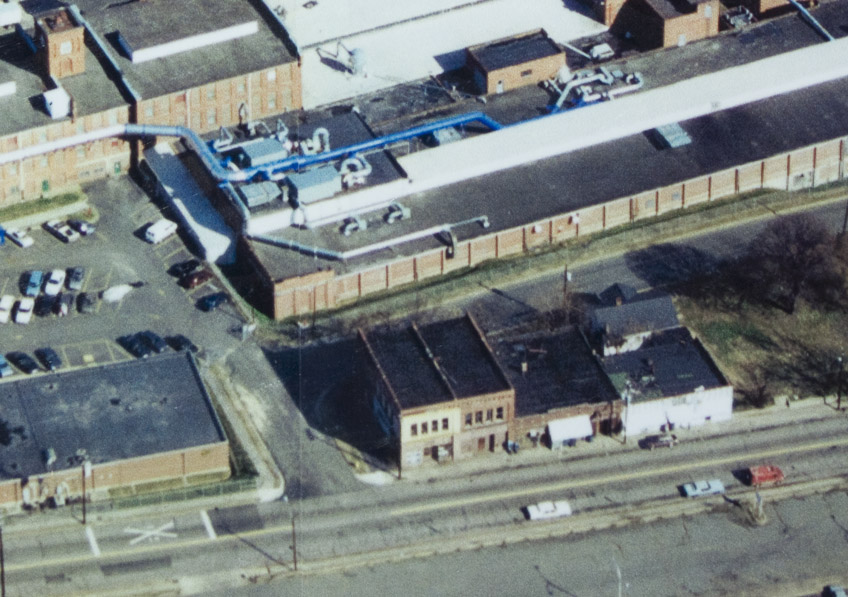 Unfortunately, it fell into the clutches of Fireball White, which means that it remained stuck in an abandoned purgatory for at least 15 years. 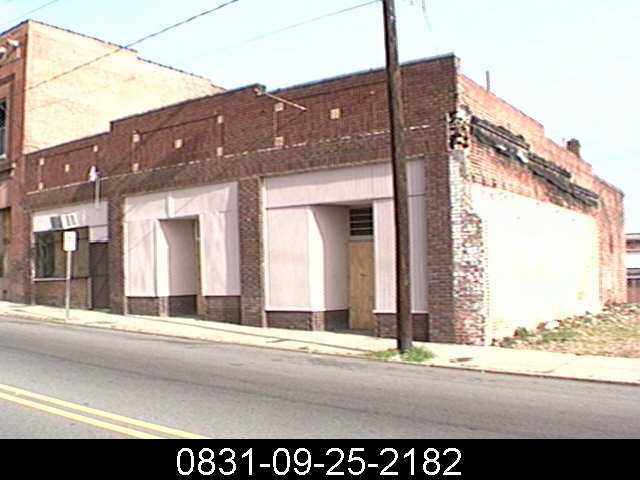 After the buildings on either side of 907-909 were torn down, it persisted, vacant for a prolonged period. 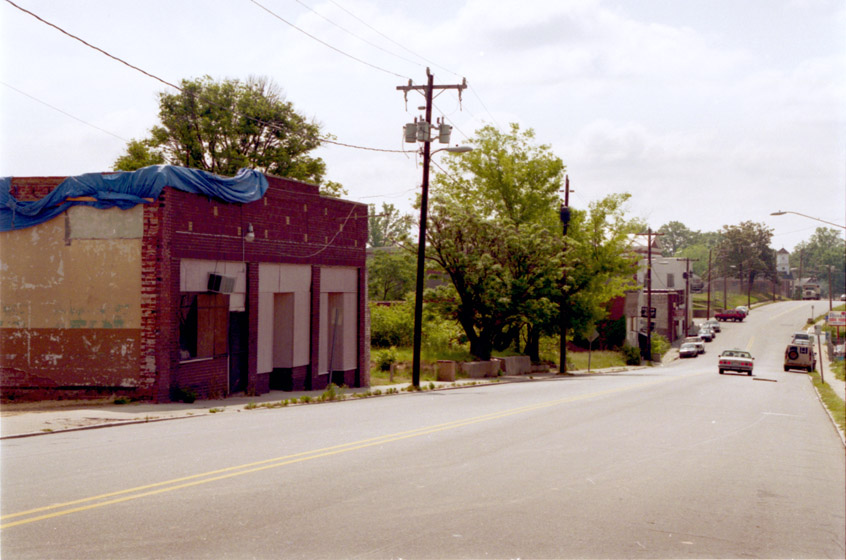 It almost made it to the renovation of Golden Belt, but in February 2006, NIS demolished the structure. 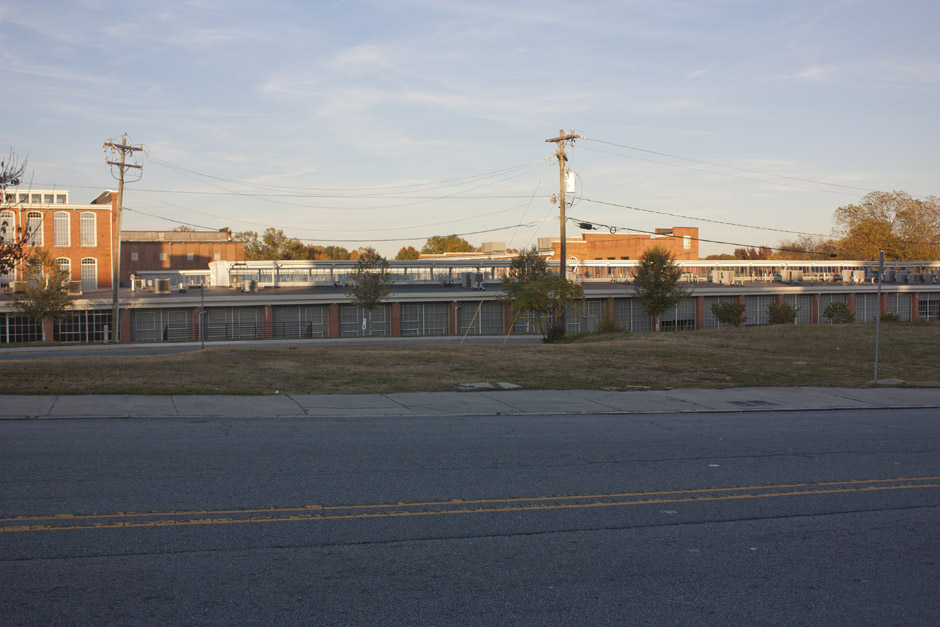 I keep finding more treasures from the past as I go through this site.  I was born in 1943, and we lived at 507 S. Alston Ave. We would occasionally go to the movies in town (usually the Center or Carolina Theater).  Sometimes we would walk home (it was a long walk for my short legs) and stop in Jimmie's for a milkshake (a rare treat).  My brother and I attended Edgemont School.  I am really enjoying these photos!

My great uncle Tom Mims ran Jimmies Soda Shop for many years, I remember going downtown with my mom in the late 1960s and stopping there to eat a hotdog for lunch on the way back home . If I am not mistaken he closed in the early 70s. I now he passed away in the mid to late 70s.