901
Cleveland Street
Durham
NC
Year built
1900-1910
Architectural style
Neoclassical
Construction type
Frame
Local historic district
Cleveland-Holloway
National Register
Cleveland-Holloway
Neighborhood
Cleveland-Holloway
Use
Residence
Building Type
Residential
Can you help?
You don't need to know everything, but do you know the architect?
Log in or register and you can edit this. 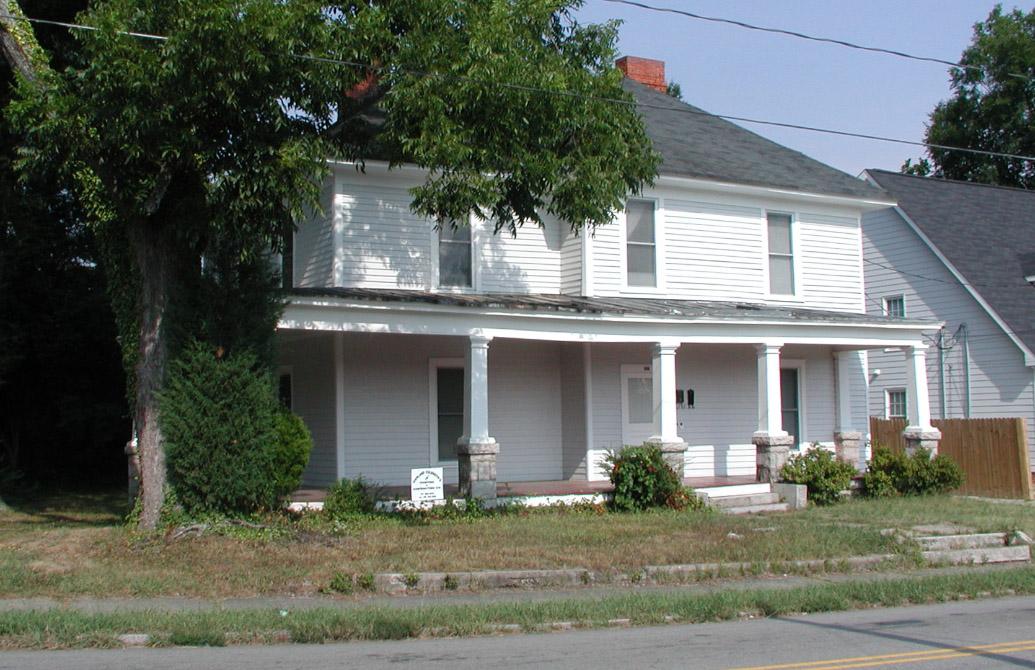 When this house was built at the turn of the century, the south end was one-and-one-half stories and the north end, with the projecting facade, was a single story; sometime after 1913 a full second story was added, converting the house to its present form. The house is rather austere, without any applied decoration. The porch, covered with raised seam tin, runs across the main facade and wraps around to the south elevation; it is supported by slightly tapered box posts on coursed ashlar plinths. The house was built in the first decade of this century. City directories reveal that it had a series of occupants from the late 1910s to at least the early 1930s, indicating that it may have been rental property, its status today, at an early date.

The top half of the house more or less duplicates the bottom half, with the exception of the additional suite stuck on the west end of the first floor, toward the back of the lot. Because of some level changes and other architectural differences between the suite in back and the rest of the house, I'm guessing that the part in back was either added later or *extensively* changed by someone before the current owner. I do know that the westernmost room, which is now a bedroom, used to be a kitchen.

There used to be an outbuilding behind the house on the northern property line. It had room for a vehicle on one side, and a room with a window on the other. The back of the outbuilding was open, with the aforementioned room only being about half as deep as the entire building. The outbuilding gently collapsed after a snowstorm during the 2010s: the exposed uprights at the building's back had suffered from exposure, compromising the whole building.