This one-story, gable-and-wing house is two-bays wide and four pile. The earliest known resident is John C. Wrenn (carpenter) in 1905. 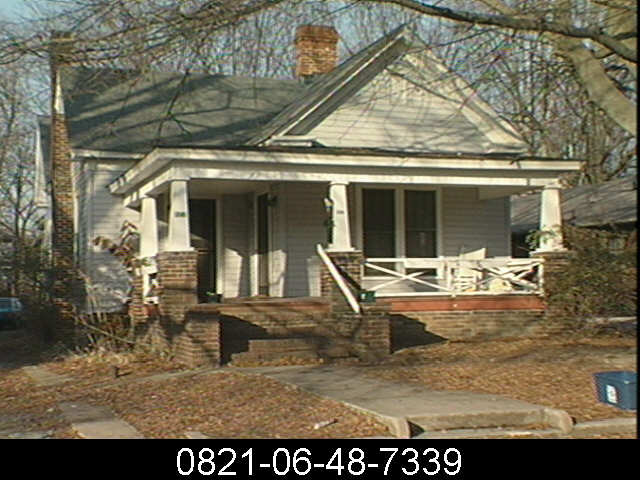 This one-story, gable-and-wing house is two-bays wide and four pile. The main ridge of the roof runs along the right (east) side of the house. There is a small gabled bay extending from the right side, two wings on the left (west) side, and a shed-roofed addition at the rear. The house rests on a brick foundation and has two brick chimneys on the front wing, an interior chimney at the intersection of the main ridge and an exterior chimney on the west end. The hip-roofed porch is supported by aluminum-covered tapered posts on brick piers and has a replacement railing. The house is covered with vinyl siding and has three-over-one Craftsman windows on the façade and replacement windows on the sides and rear. The earliest known resident is John C. Wrenn (carpenter) in 1905.