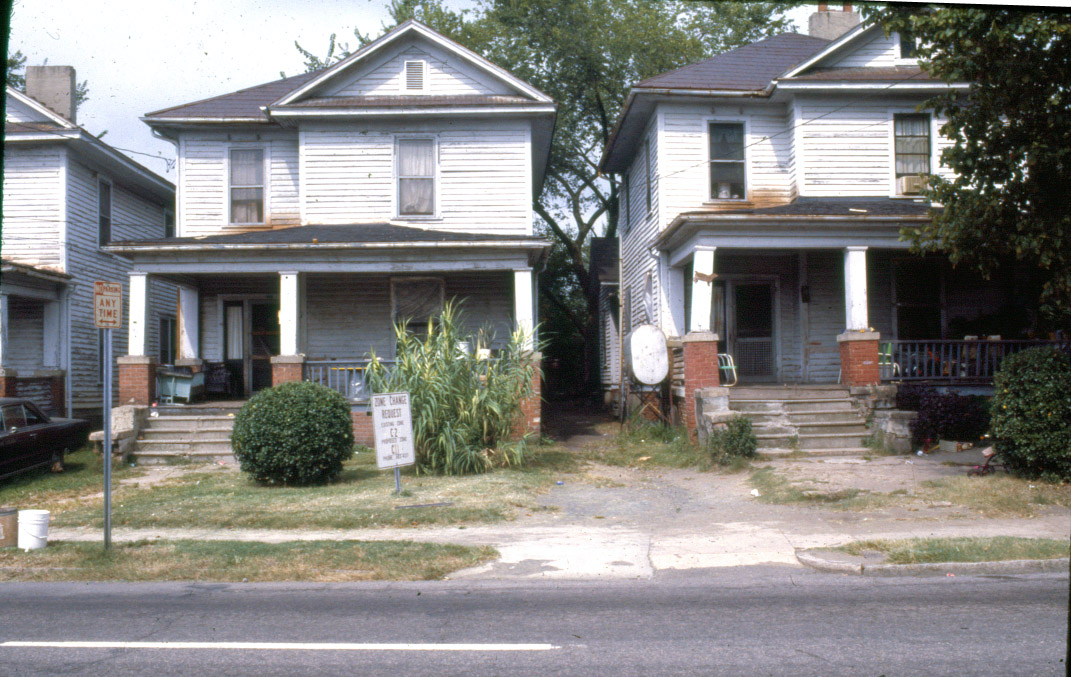 These Colonial Revival style "boxes" built in the 1910s feature low hip roofs with a pediment above the projecting bay on the
main facade and wooden box posts, square in section of brick plinths supporting the porch. They also retain their original pressed tin roofs. The two story houses were built after 1913 on the site of houses that were razed to make room for this new construction. The fact that the three houses are identical in- dicates that their construction was a speculative real estate venture. Listed in the 1919-1920 Durham City Directory, the earliest known occupants of these houses were local merchants:
Morris Bain in 811, Louis Gladstein, Jr. in 813, and Samuel Strauss in 815. Gladstein and Strauss, who operated family- owned stores in the 100 block of West Main Street, were members of Jewish families who immigrated to Durham in the late 19th century. Like many members of Durham's Jewish community, the Gladsteins settled first on Pine Street (now South Roxboro Street) and moved to the Little Five Points area around 1910. These three houses are badly deteriorated. 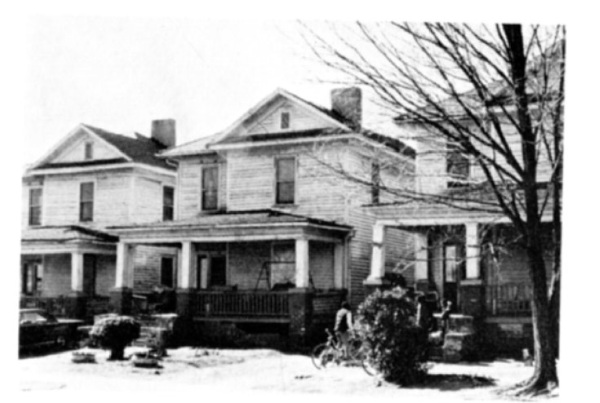