802
Ninth Street
Durham
NC
Construction type
Masonry
Neighborhood
Old West Durham
Use
ABC Store
Building Type
Commercial
Can you help?
You don't need to know everything, but do you know the year it was built?
Log in or register and you can edit this. 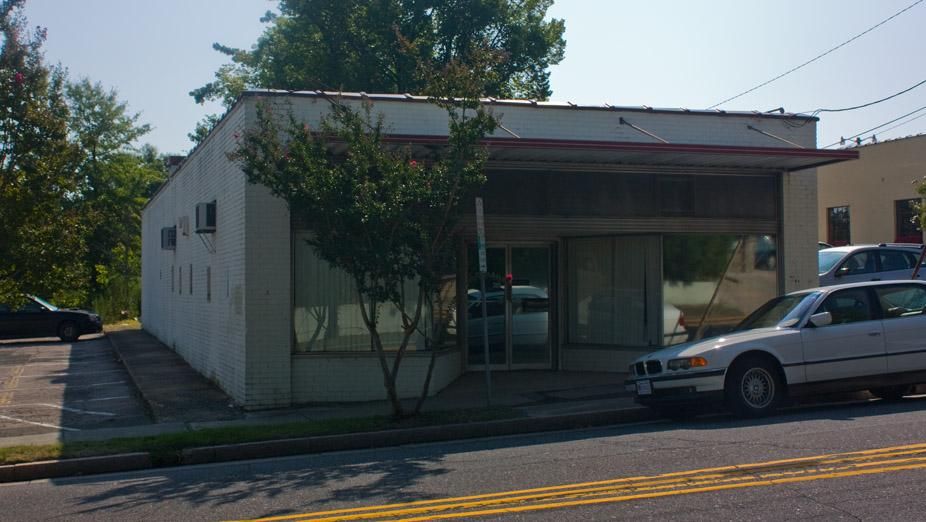 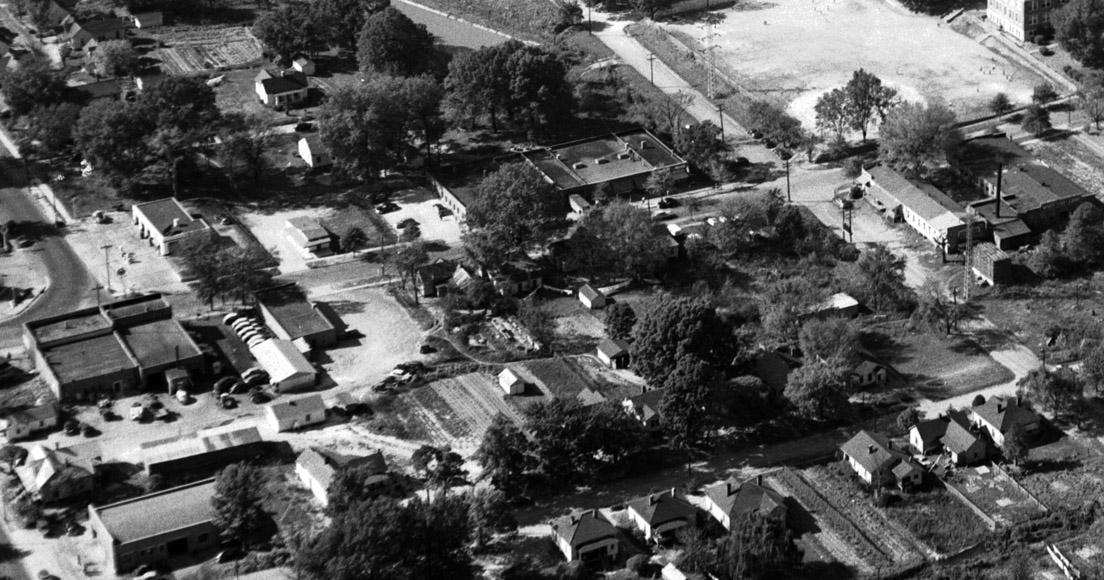 The east side of the 800 block of Ninth St. was residential through much of the 20th century. A frame structure at the north end of the block housed the West Durham Wet Wash Laundry, which became the White Star Laundry, during the 1920s - before that business moved to the north side of B/Green St. ~1930. That building was abandoned by the early 1930s, and torn down by the 1940s. The second non-residential structure added to the block was the ABC Store, No. 3 at 802 Ninth St. The store had formerly been located at 772 Ninth St., but moved ~100 feet north when that structure was torn down and replaced in the 1940s.   By the late 1980s, the ABC store had moved to Hillsborough Road. 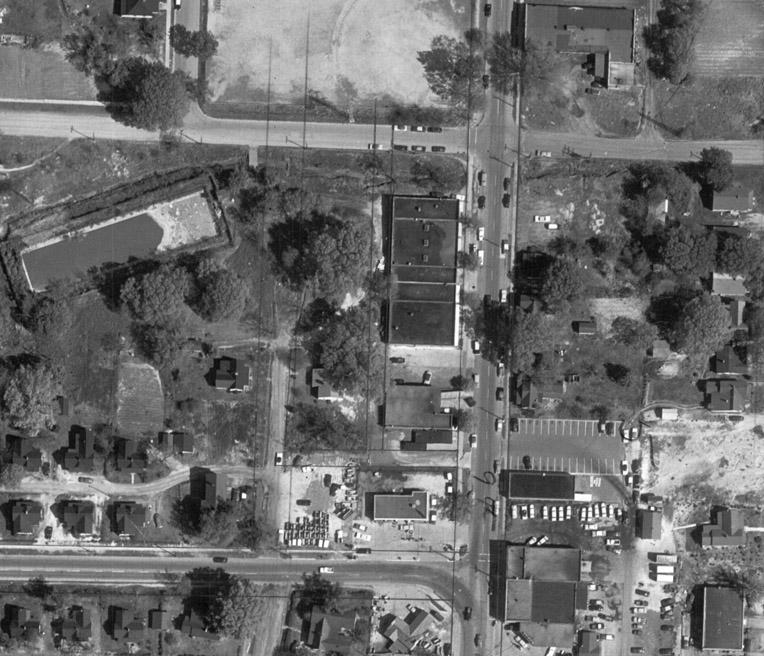 This section of Ninth St. appeared to have a certain desolation to it from the time I arrived in Durham 20 years ago; Biscuit King, at 816 Ninth, retained a strong following.

Several years ago, after the completion of Ninth Street North across the street, Glenn Dickson (owner of all the parcels) announced that there would be a Phase II to Ninth Street North on this stretch of Ninth St. Biscuit King was shut down, and a redevelopment plan was put together. This plan stalled for some time, but recently seems to have revived in revised form. Of the remaining three buildings, only the former Rinaldi's, at 806 Ninth, houses a tenant - the Nancy Tuttle May art studio.

The recently revised plan envisions a significantly higher density development than originally contemplated. You can read more about the development drama at Bull City Rising. . Kevin describes the proposed development:

[...] central to the agreement: building heights, which under current zoning could in theory reach 145' tall; the developer has agreed to a scale-down of heights as the structure moves from the more-commercial Elmo's side to the largely residential Green St.

On the southern end of the site, heights could reach 75' with a 9' stepback making the penthouse level invisible from the street, and with an overall average height of 65'. Heights step down to a low of 50' nearest Green St., with building heights limited to four story for all-residential or three story for office/commercial space. A 50' buffer strip between Green St. and the project would contain no structures, save for possible outside tables for dining.

Most of the new retail space created by the project would sit on the main block between Ninth and Iredell (19,700 retail sq. ft.) or in a new multi-story structure to eventually be built where Vin Rouge and Blu sit today (18,000 sq. ft. retail, with 64,650 sq. ft. of office space above.) For comparison's sake, the existing first phase of Ninth Street North contains 12,500 sq. ft. of retail and an equal amount of office space.

In other requirements, the developer agreed to completely hide the visibility of the structured parking deck at the center of the Iredell/Green/Ninth block via the building structures, save for the entrances -- it initially would have been visible from both Iredell and Green -- and to allow only one drive-in window, for a possible bank, to be located in the deck structure itself.

Stucco can make up no more than 20% and glass no more than 25% of the structure, which must be articulated so as to avoid presenting "a long, unbroken plane to the street." 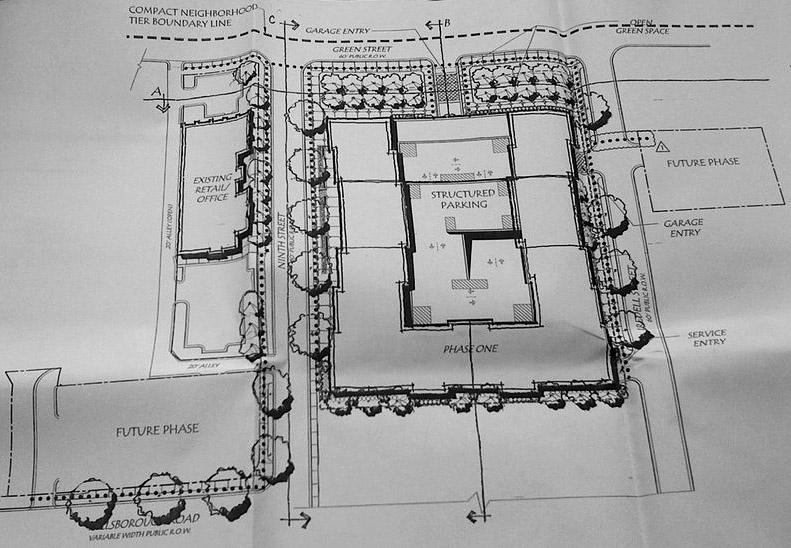 Who knows what this will end up looking like in the long run, if it gets built. But I give the developer points for 1) endeavoring to create more urban spaces and higher density use of land in close proximity to existing retail, Duke, etc. and 2) not tearing down the existing structures until ready to actually build.

Sure, I regret the loss of these structures to new development, but if that new development actually maximizes the use of the land while creating a pedestrian-scale, architecturally interesting, walkable environment - well, that's when there is actually some sense in replacing the underutilized, low-density existing structures. It's just so unbelievably rare in Durham that we aren't just tearing down for a lower-and-more-desolate land use, or some government-funded 60's-style non-urban structure like the new bus station, that it's rare that we have to actually contemplate the relative benefits of creating a more livable pedestrian environment vs. preservation. That's when I say that recycling the building materials from these buildings - while creating a development that can maximize walking trips, transit use, etc. and, ideally, divert development from greenfields - may be the most sustainable future for the site.