711
Rigsbee Avenue
Durham
NC
Year built
1959
Year(s) modified
2000
Architectural style
Midcentury Modern
Construction type
Masonry
Brick
Neighborhood
Central Park
Use
Insurance Company
Bar
Building Type
Commercial
Can you help?
You don't need to know everything, but do you know the architect?
Log in or register and you can edit this. 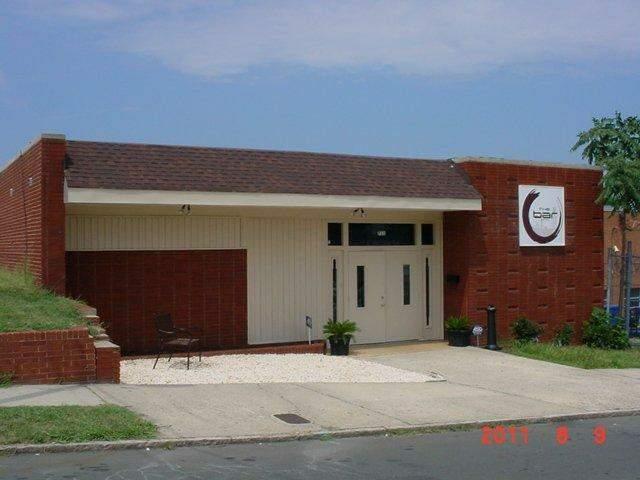 From the National Register in italics below:

The 1959 Durham City Directory lists the “GMAC Insurance Corporation” at 711 Rigsbee Avenue. The one-story, flat-roof brick office building of modest mid-century modern design is likely this office. The building is now adaptively reused as a bar known as "the bar." Red brick laid in running bond covers the sides and rear. There are no openings on the side elevations; the rear has a small flat-roof frame addition. The three-bay-wide façade features a central entrance with flanking bays of decorative brickwork. The north bay features brick aligned in rows, with every sixth brick recessed to create a textured surface. The south bay contains a flush wall of brick in geometric rows. The entrance has a replacement wooden double-door with transom, and the high windows above the south bay have been covered with vertical siding. A shallow mansard roof addition shelters the entrance and south bay of the façade. The new entrance and covered windows have substantially altered the façade’s architectural character, making it a noncontributing resource.