Significantly remuddled in the mid 2000s, this house retains a distinctive site, roofline, and porch. In 1919, Charles Green, a carpenter, was resident. 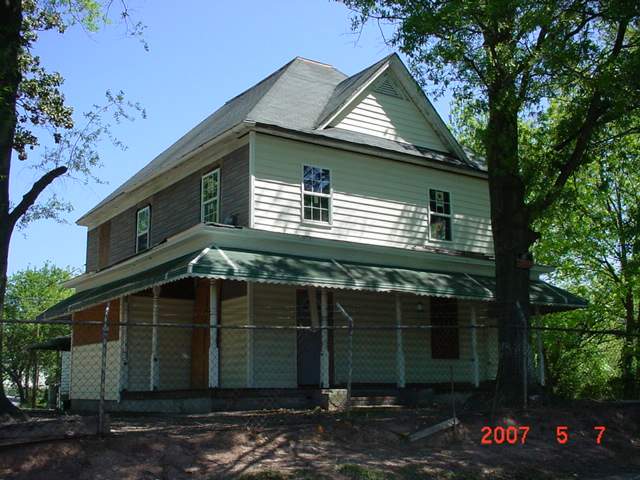 Significantly remuddled in the mid 2000s, this house retains a distinctive site, roofline, and porch. In 1919, Charles Green, a carpenter, was resident.

This house represent somewhat the classic case of the disconnect that occurs with some folks when property and significant emotion mix.

The house was acquired in 2004 by Joe Reaves, Jr. My understanding is that, shortly thereafter, Mr. Reaves was killed.

His father, Joe Reaves (Sr.) has controlled the house since that time; Mr. Reaves does not live in North Carolina. As of August 2013, the house has been empty since 2005. Mr. Reaves, Sr., according to his daughter, has made several attempts to 'renovate' the house, and variously had the plumbing / electrical stripped, windows broken, etc.

It's clear that, for any number of reasons, he does not have the capability to get the house fully renovated, up to code, and occupiable. But because it was his son's house, he will persist despite this incapability, with a sense that he cannot give up on it.

I've run across many of these kind of scenarios over the years - where people's dream/idea/conviction is invested in the property, but the reality is that it's an abandoned mess, and staying that way. For whatever reason, their means and capability do not match their dream - but that's a technicality, and somehow, some way, they'll get past that. You can't shake folks of the notion that they are just about to do something great, or it's about to be worth $10 million, or whatever it is.

Don't get me wrong. What reportedly happened to the young man who owned this house is tragic, and I don't mean to begrudge the family grief. But placing that burden on this house, resulting in eight years of abandonment, is misplaced. The net result is a negative for the neighborhood and for Durham (or whatever community.) Because while people persist in their idea of it could be, usually the property ends up falling down, or being torn down. 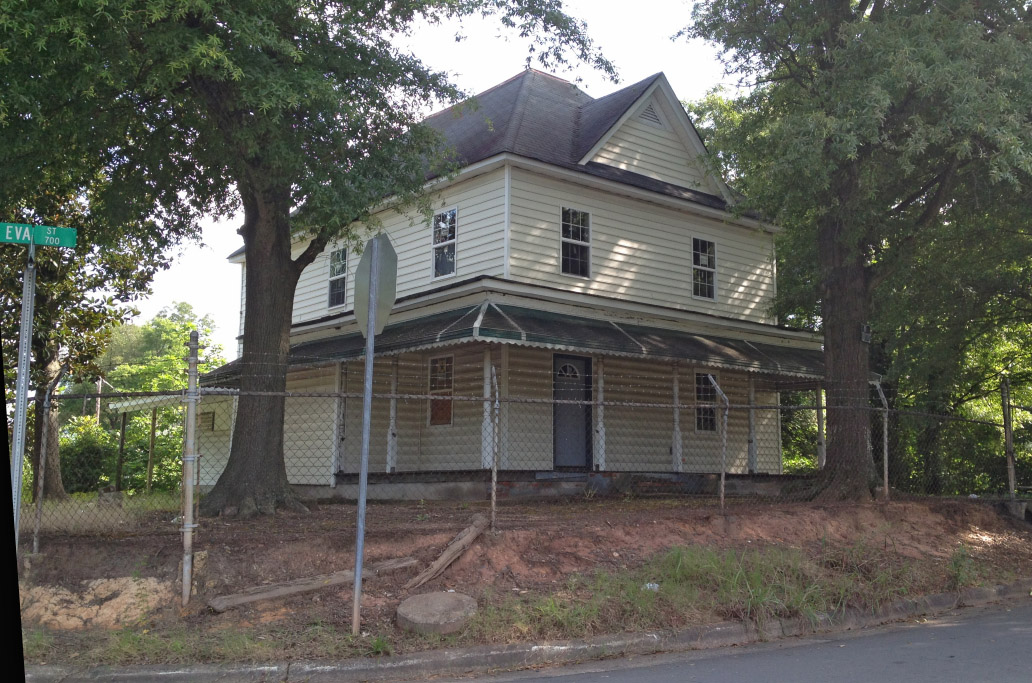 08.22.13. Notice all of the changes in the six years since the last picture. (Gary Kueber)

Agreed! Wish I could take

Agreed! Wish I could take credit for it, but I appropriated it from a feature that used to run on the back page of Old House Journal. Nothing else quite so aptly describes the exuberant application of crap design / materials to a great old house.