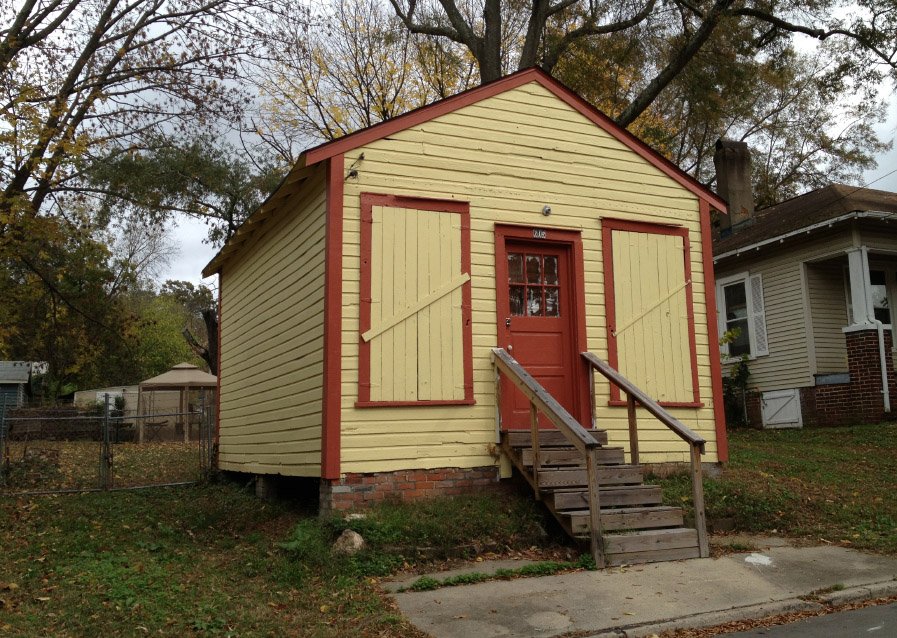 This one-story, front-gabled frame store is the only historic commercial structure in the district. It is typical of neighborhood groceries, with a centered entrance, a two-light over two- panel wood door, flanked by windows (now boarded) on the façade. There is a small shed- roofed addition across the rear and a shed roof over the front entrance. The building retains original molded wood weatherboards, molding, and brick foundation. It is in poor condition with a failing roof partially covered with tarps and has lost its front stairs.

The building appears as vacant in the 1930 city directories. By 1935 it was home to the Robert G. Vickers grocery.

A more detailed dive into the building's history suggests in went through multiple makeovers.  Before the vacant entry mentioned in the National Register listing, 605 Gattis appeared briefly as a Community Barber Shop run by William G. Bass in 1929.  By the next year, Bass had better branding and a more visible location, running Sunnyside Barber Shop at what's now the southwest corner of W Chapel Hill and Buchanan. 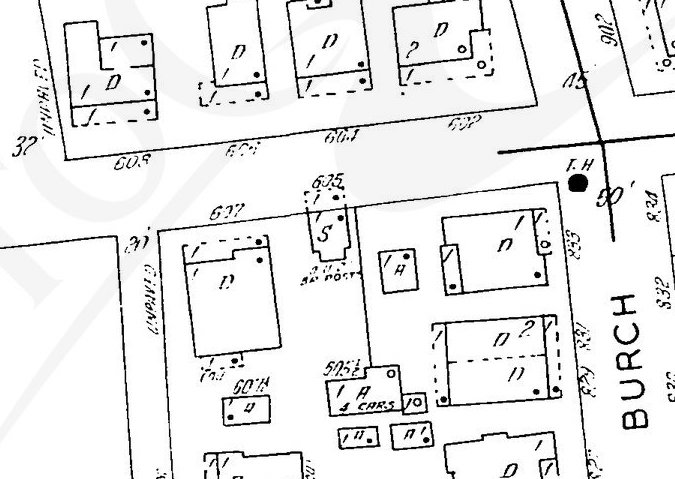 Vickers, meanwhile, appears to have been the second grocer in the repurposed structure after an Abner B. Pope, listed in the 1933 and 1934 directories.  Vickers did indeed operate the store from around 1935 until 1941, after which he, too, relocated his business within the neighborhood - just a few blocks south on Jackson Street.

A brief stint as a candy company warehouse at the end of the 1940s notwithstanding, the shop would wait until the early 1950s to be reopened as a grocery, after which it appears in the city directories under various names and proprietors: Carlis T. Barbee, Mrs. Pearl H. May, Paul R. Moose, and finally the more recognizable Gattis Street Grocery in the early 1960s.

Though some of its operators - like Vickers and Barbee - seem to have lived nearby, the premises were consistently owned by landlords residing elsewhere.  The structure appears to have been built during the roughly four decades that the land belonged to the Farabow brothers (after whom the adjacent duplex at 829-831 Burch Avenue has been named).  The Farabows passed in the late 1960s, and from 1970 until 2004 both the Burch Avenue house and the store on Gattis belonged to members of the Noell family.  While it's unclear how recently the store remained in operation, both properties were redone in the 2000s and are again under the same ownership. 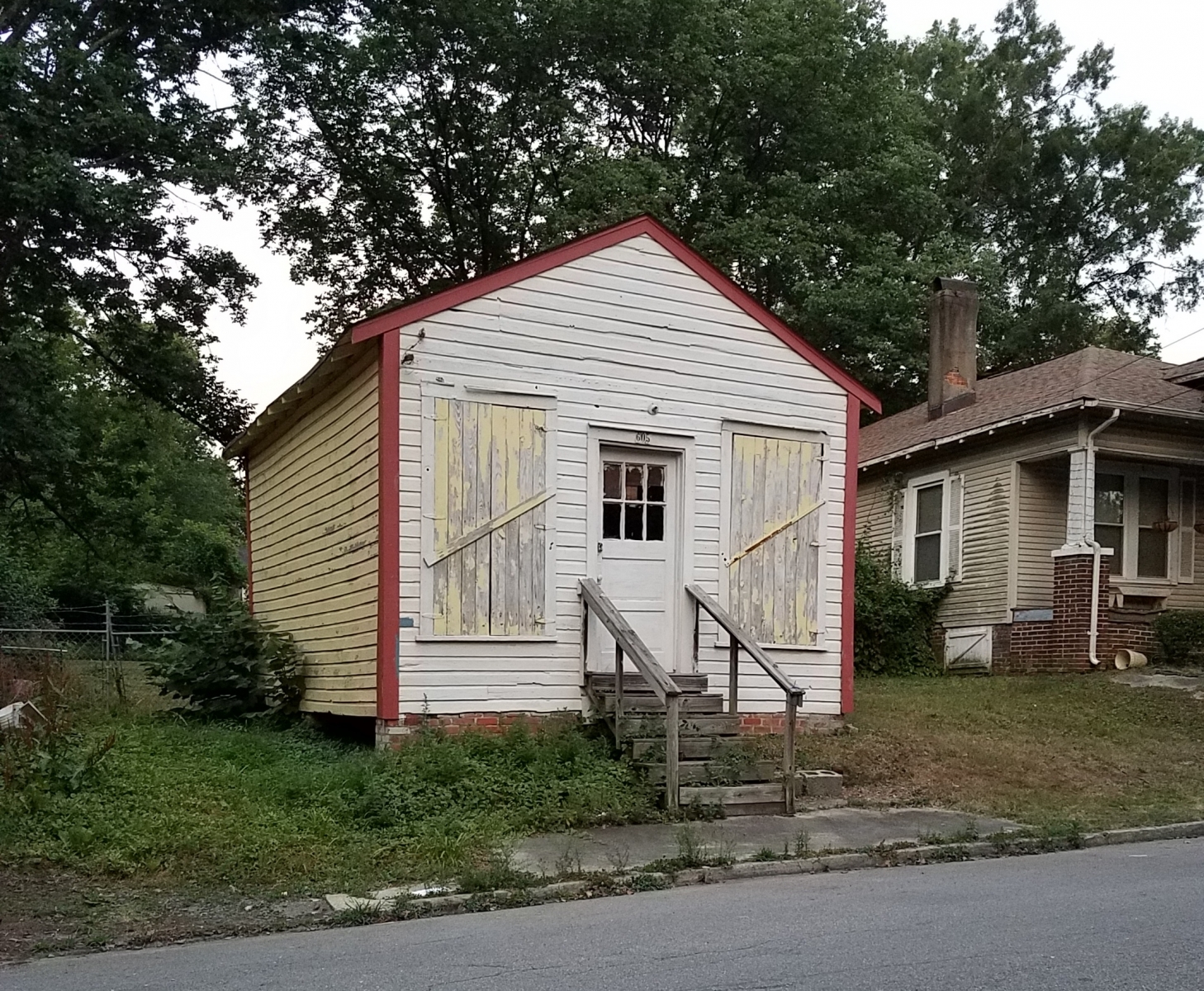 I would go to this store with

I would go to this store with my good friend Frances when we were in junior high at good ol' Carr Junior! Hop you see this Frances!