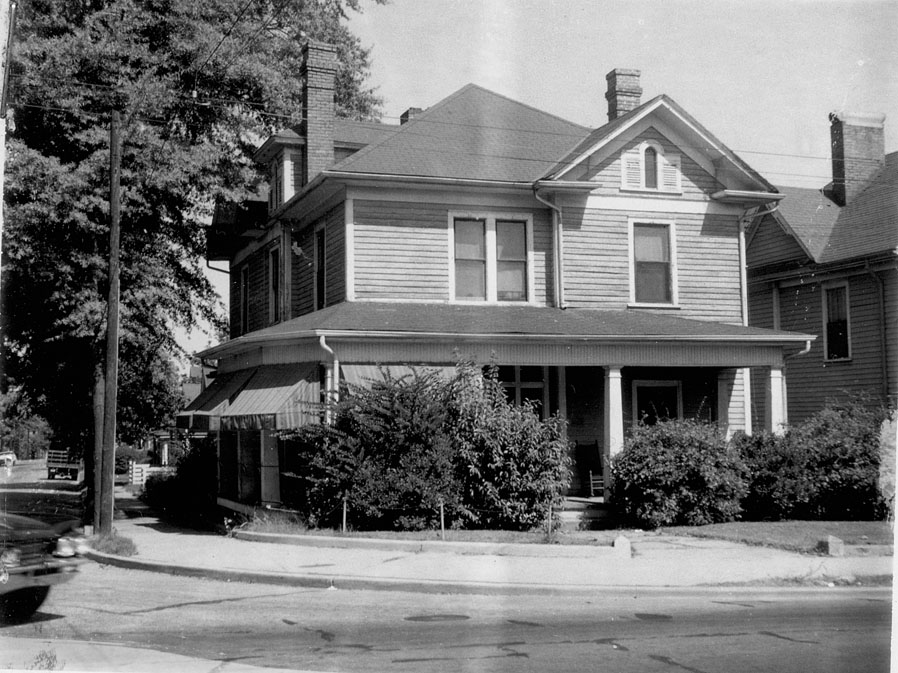 The view of 601 Holloway, above, shows a bit of the east side of Elizabeth St. behind it. Moving into the 600 block of Holloway, the houses become somewhat smaller or simpler in style - a reflection of the human distribution in the pre-car era; if you could, you paid to be closer to downtown.

In the early 1970s, this house and the houses behind it were demolished in order to widen Elizabeth St. into a 5-lane wide arterial. 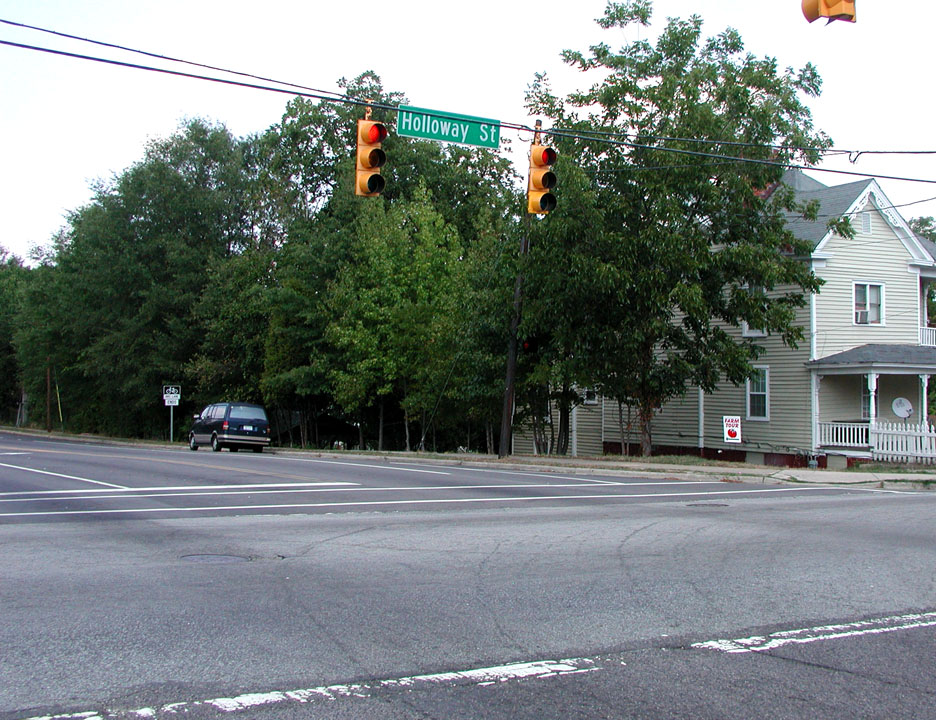 While this narrows one block to the north of Holloway back to a 2 lane roadway, undoubtedly plans were once in place (and perhaps they are still lurking somewhere) to widen this to the north.

This is the kind of mistake we would hope to avoid with Alston Avenue. I hope that streets like Alston can remain human-scale, and streets like Elizabeth, Dillard, and Roxboro can be narrowed back to a manageable size someday. I've posted on this issue before, and Kevin was kind enough to mention the effect of Elizabeth on Cleveland-Holloway on his site yesterday.

Kudos, once again, to Mark Ahrendsen of the City Transportation Dept. for pushing forward to improve Elizabeth without much of a budget - by reducing the travel lanes to two and creating on-street parking/bike lanes to effectively 'narrow' the street between Holloway and E. Main. While it still feels like a wasteland when walking this street, re-painting these lines has improved the feel of the roadway considerably.

This house and the house at

This house and the house at 603 Holloway were built prior to 1915 by Willis Thomas Carpenter, Durham Assistant Postmaster until about1941. WT Carpenter and his 1915 bride Mary Jesse Rigsbee and their family lived in this house until 1963 when they sold it.
His parents lived at 603 after they moved into town from their farm in the county. WT Carpenter continued to own it and rent to for may years.