This is a side-gabled brick Tudor cottage with a comer recessed porch with brick piers and balustrade and a stuccoed gable. Albert and Pearl Osteen lived here with their 3 children. 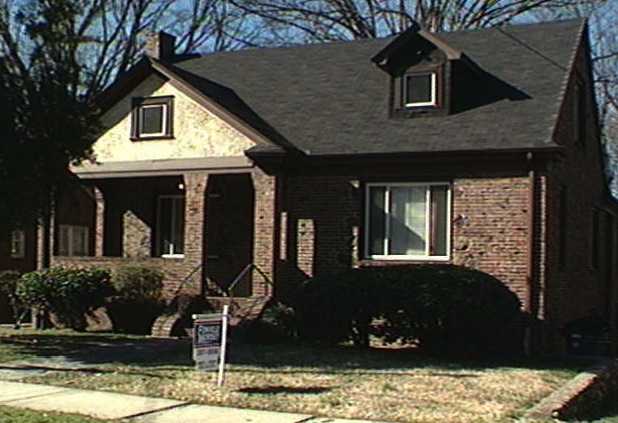 Albert , who also went by Ray, his middle name, was a superintendant at Hillcrest Hosiery Mills, which operated out of Golden Belt from the mid 1940's until the early 1950's.  Albert lived in this home with his wife Pearl Dillard Jones, and their children Albert Ray Osteen, Jr., Arthur Osteen and Norma Lee Osteen.  In some records, the name is spelled O'Steen instead.

Albert Sr. was born in 1895 in Henderson County. He had a twin sister names Emma Faye. They died within 10 days of each other in 1975. Albert Sr. served in WW1 and was injured in 1918 in the Muese Argonne Offensive.

Junior and Senior have plenty in common. The younger Ray served in WWII while the family lived in this house.  In addition to serving his country, Ray Jr. also followed in his father's professional footsteps. Here's a photo of him from his years at NCSU in the Textiles Program. He is in the back row, 5th person from the left in front of the open door. 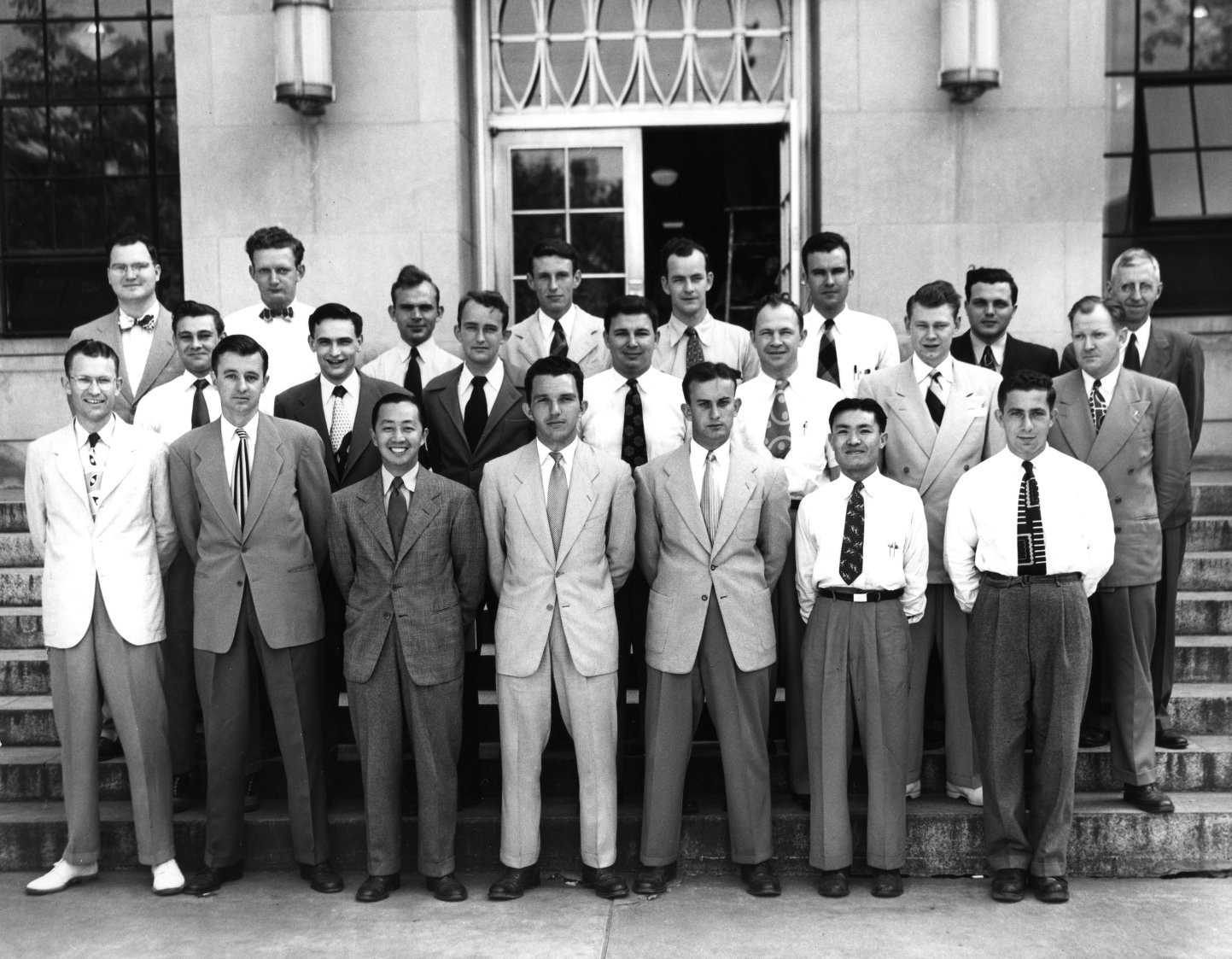 Ray Jr worked in numerous mills and textile factories throughout the south, and served as president of the Southern Textile Association.

That photo was taken on the

That photo was taken on the steps of Nelson Hall at NC State, home of the College of Textiles from its construction in 1938 to 1991. Textiles moved to a new building on the Centennial Campus in 1991, and Nelson hall was renovated for the College of Management. The windows have been replaced but the original transom detail and lanterns seen in this photo remain

Attractive house, and distinctive compared to many of the surrounding structures. Glad to see it remains in good condition.