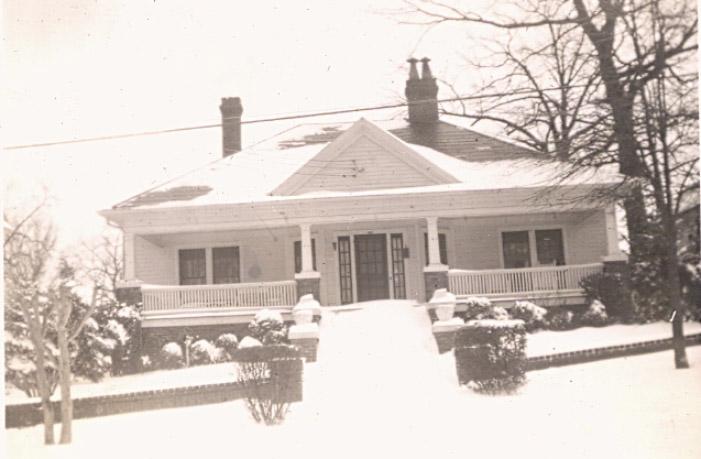 Per Rod Mullen, his mother's aunt, Rosa Lynn Thompson, lived here from at least the 1920s until she sold the house in 1958.

At some point after 1948, the northern half of the front porch was enclosed. 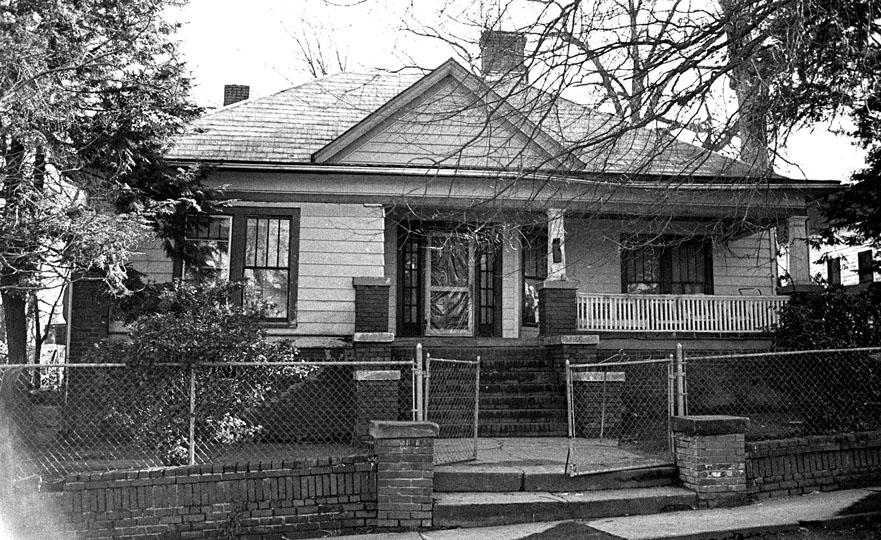 This hipped-roof house largely retains its original form, the biggest change being the enclosure of the left (north) side of the front porch. The house is three bays wide and double-pile with a gabled dormer centered on the front façade. The house has a brick pier and curtain foundation and pressed tin roof shingles. The enclosed porch and front gable are covered with aluminum siding, but original wood weatherboards remain exposed on the rest of the house. A projecting three- sided bay at the center of the house has a replacement modern front door with ten-light sidelights on the front with four-over-one Craftsman-style windows on the right side. The full-width engaged front porch is supported by battered wood posts on brick piers and has an original wood rail on the right side. The left side of the porch has been enclosed and a pair of one-over-one wood windows added to the front elevation. The house has four-over-one, Craftsman-style windows on the front and simple two-over-two wood windows at the rear. A low brick retaining wall with decorative soldier course and concrete caps runs along the front of the house. The house appears on the 1913 Sanborn map and the earliest known residents are Lounie Thompson (lineman), Rebecca Thompson (widow), and Miss Susie Thompson in 1915/16. Listed in the house from 1919 to 1939, J. A. Thompson (foreman, Durham Traction Company and later superintendent of equipment, D P S Co.). 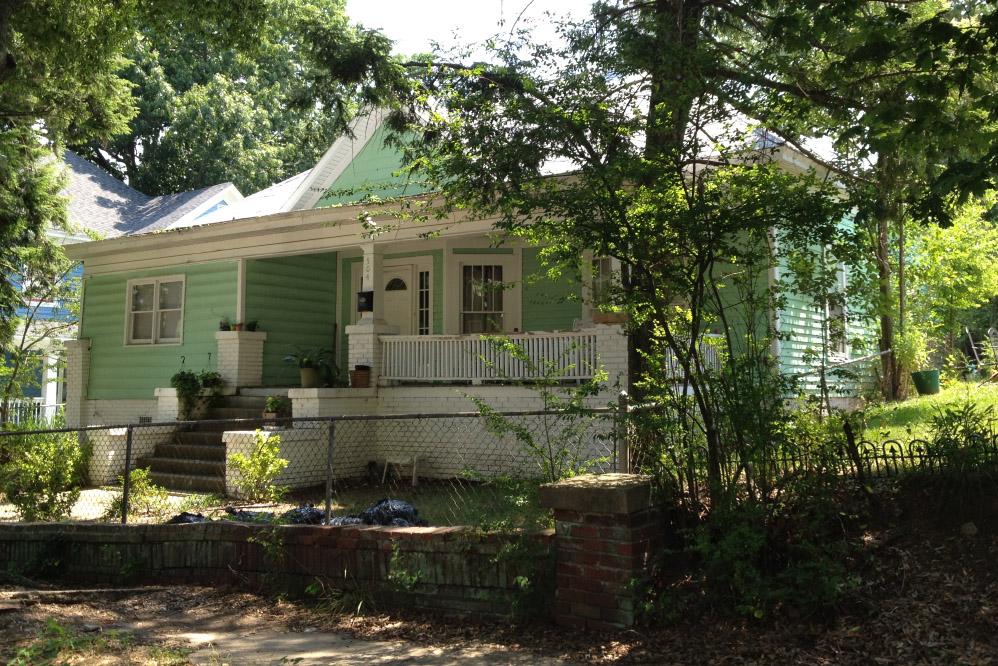 Bump out being removed, set back to original.

Rear porch was enclosed, being removed.

View from rear, back porch enclosure being removed.