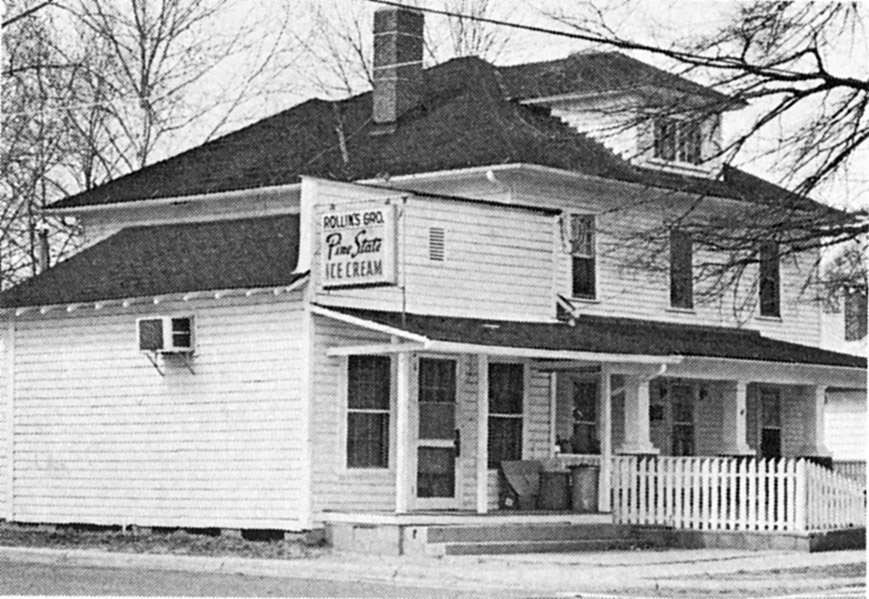 Per the 1980 Historic Inventory

In 1923, RC Rollins, a contractor who built many houses in East Durham between 1900 and 1941, built this large two-story frame house with a hipped roof as his own residence. The porch, which originally was wraparound, is supported by large box posts with molding on brick plinths, the sole decorative element of the house. The year after building his house, Rollins constructed the small gable-front commercial building with false parapets in his side yard at the corner. Rollins' wife, Josie, ran a grocery here for many years. [As of 1980] Rollins' daughter lived in the house, which had been converted to apartments; she continued to operate the store, which was the oldest surviving grocery in this area of East Durham [at the time.]

The little store later became a haven for drug and crime problems in the 1990s-2000s before shutting down within the last 3 years.

Both the house and the store were on the real estate market for awhile last year. I tend to serially fall in love with various old houses that come on the market, but I was particularly enamored with a house that had its own little corner store. I have no idea what I would have done with it, but I'd have my own corner store! 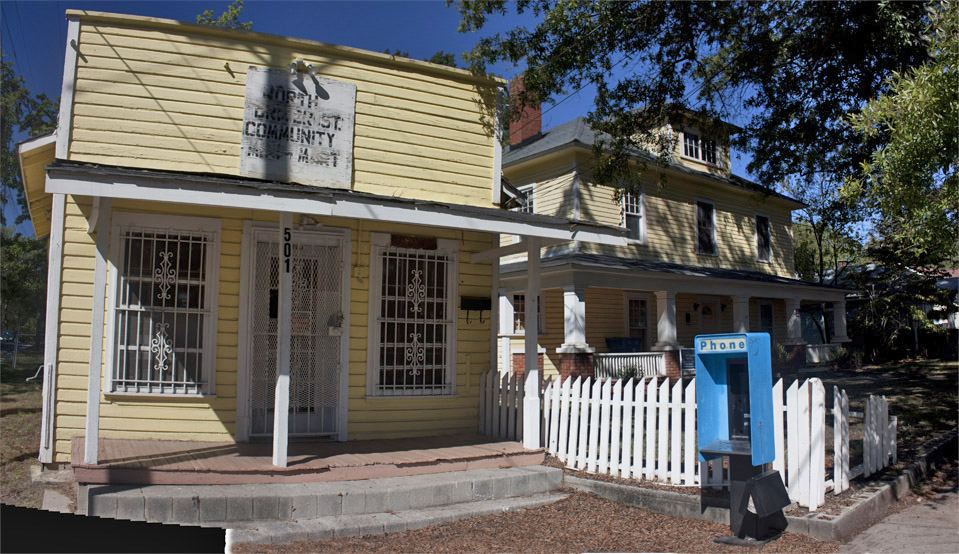 This building was demolished in February 2019.

Rollins Store. 1-story front-gabled store with a parapeted facade, a center door and flanking 6-over-6 sash windows. The store is covered with weatherboard and has exposed rafter tails. R.C. Rollins, whose residence is next door at 503 N. Driver St., built the store in his side yard in 1923. His wife Josie ran the grocery store for many years, and their daughter operated it afterwards. [Roberts, Durham A&HI, 98]

"...I tend to serially fall

"...I tend to serially fall in love with various old houses that come on the market..."

I fell in love with a house that is not mine after I realized it had summer sleeping porches. SUMER SLEEPING PORCHES!!!

It's even got it's own

It's even got it's own antique phone in the front yard!

PLINTHS! THAT'S WHAT THOSE

PLINTHS! THAT'S WHAT THOSE THINGS ARE CALLED!!!! THANK YOU!!!

I've been trying to figure out what those very distinctive half-brick pillars are called for like 9 years now. I'd gotten down to knowing that they were typical of the Arts and Crafts style, but not exclusive to them. I swear, I would try to describe them to realtors, as they're one of my favorite architectural details on Durham houses, and they would look at me like I'd just described a four-headed alien.

Plinths. Of course, now no one will know what I'm talking about when I use the word, but it's a start...

My wife and I purchased this

My wife and I purchased this property in November of 2010 and are in the (slow) process of making it livable again.

Every major system in the house needs to be redone and it's a ton of work! We hope to move into the house within the next couple of months and continue to fix it up.

Quite the first time home improvement project! If you are bored, I could always use the help :-)

In the first picture, I

In the first picture, I thought the store was attached to the house; I am glad the recent picture clarified that. Both of them are neat buildings.

And Michael, I did not know they were called plinths either!

In Google street view, the

In Google street view, the two houses to the right of this property look like they may have been Sears Craftsman houses.

Gary, were there many Sears Craftsman houses built in Durham? If so, in any particular part of town?

Aaron, wow! Thanks for

Aaron, wow! Thanks for letting us know you and your wife purchased the property and are restoring it. Very exciting! What a find. Keep up the great work! And, keep us posted on what you might do with the corner store.

The Rollins store was a

The Rollins store was a meeting place for East Durham Jr. High students - especially during exam days. I seem to remember a small wood/coal burning stove where we would gather. And it was re-named to Holton in the early 60s (prior to '64) . Marion Warren, journalism teacher at EDJH, proposed the name for consideration at the school board meeting (she later told me). I believe he was a former principal.

I fell in love with this

I fell in love with this house too, Gary, and actually went to look at it. I fantasized about hanging up my design shingle on the front of the store!

it's clear from the interior that it was a loved, well-kept house for many, many years. lots of stained original woodwork, for example. the new owners will take good care of it...

Did you ever hear more about

Did you ever hear more about whether those homes were Sears?  Or about others?  Thanks!

Aaron, Thank you and your

Aaron, Thank you and your wife for investing in East Durham. My husband and I own 1909 Taylor Street, right around the corner from you, and my youngest son catches the school bus in front of your store each morning! :) We purchased in East Durham over a decade ago, and have seen the neighborhood go through a tremendous change for the good. We've done the inside, and have moved on to the exterior... don't get discouraged - you can only really do one thing at a time! Take Care ~ Wendy