500
Morgan Street
Durham
NC
Cross Street
Morris Street
Year built
1975
Construction type
Masonry
Neighborhood
Downtown Central
Use
Bank
Building Type
Commercial
Can you help?
You don't need to know everything, but do you know the architect?
Log in or register and you can edit this. 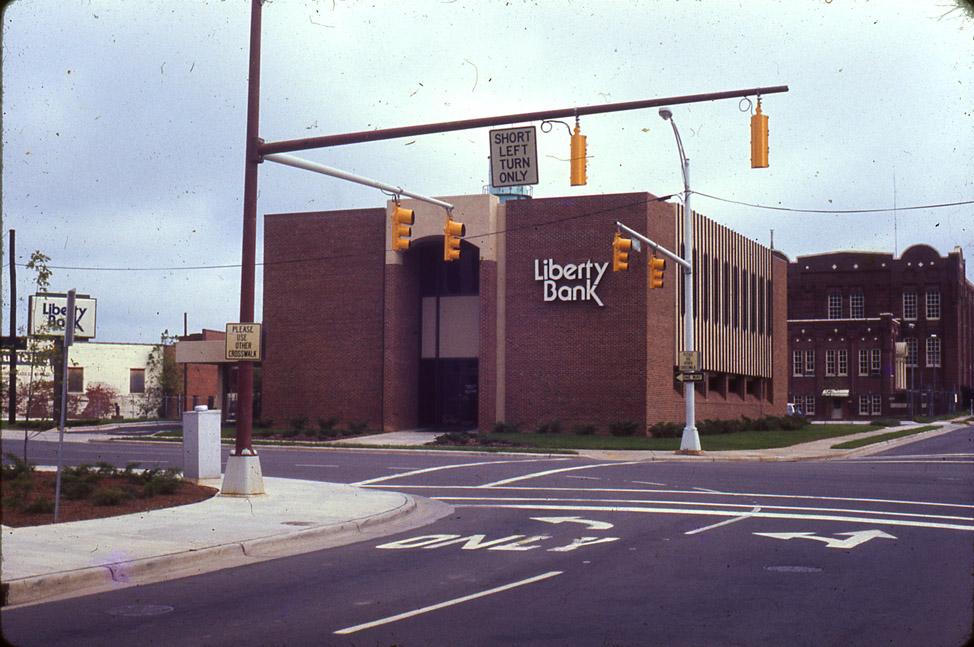 Morris Street was one of the early, prominent residential sections of Durham, developed with larger, two-story houses during the 1880s and 1890s. This residential development was interrupted by the development of Fallon and Martin Company, followed by the Imperial Tobacco Company in the 200 block of Morris St.

Residential structures on Morris St. were increasingly supplanted by commercial structures and parking through the early to mid-20th century. Two of these structures survived up until 1948, at which point they were condemned by the City of Durham; gotta admire that consistency. 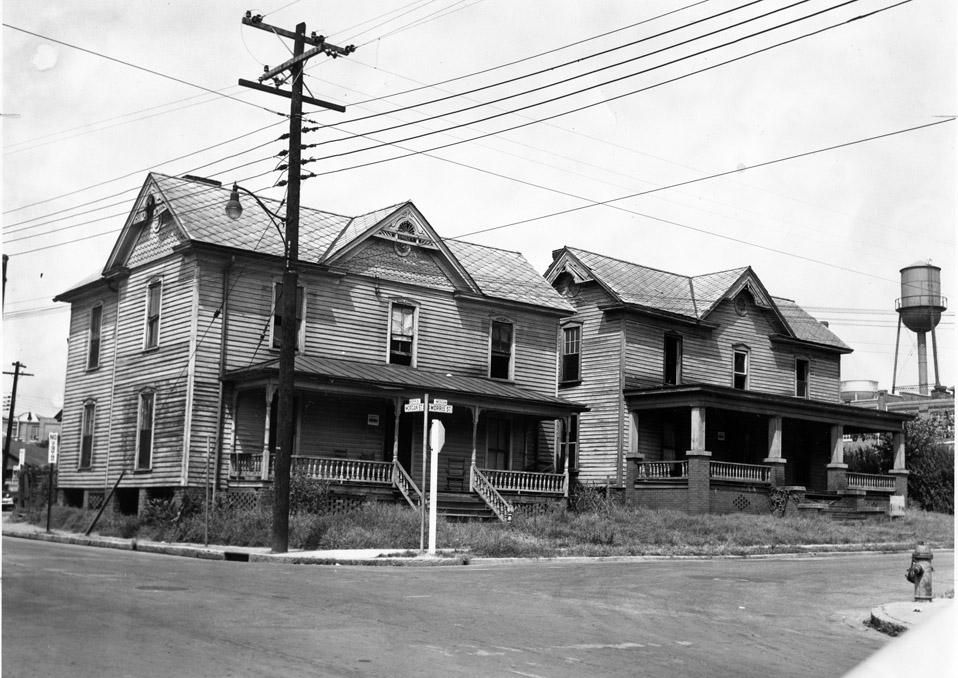 The site became - what else? - a parking lot, the Official Surface of Durham, NC. 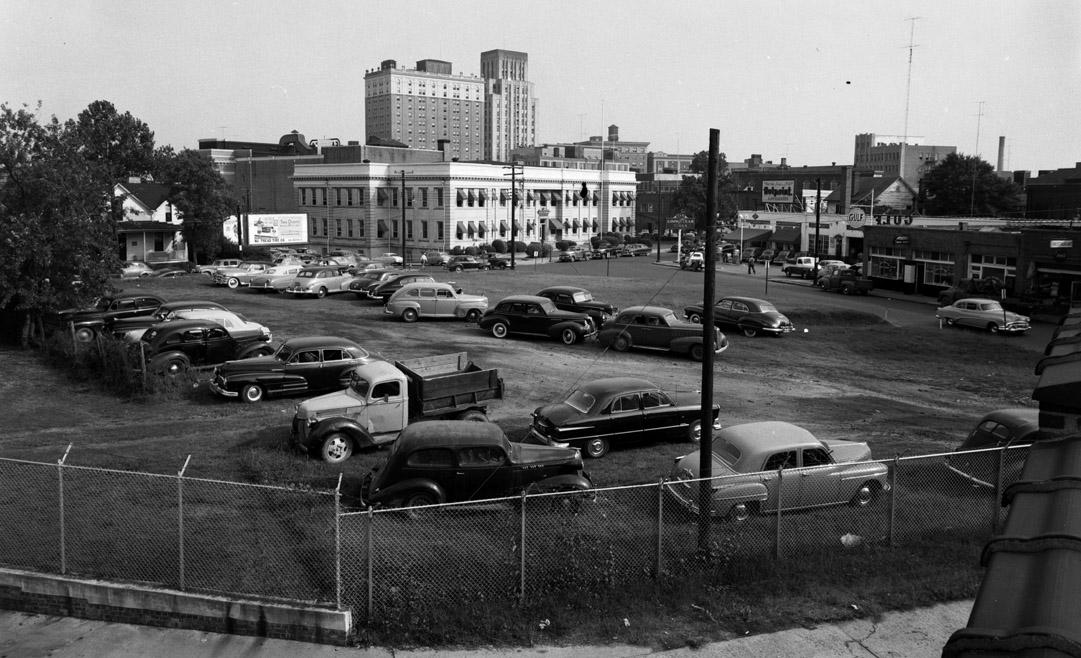 The city purchased the dirt lot from the owners, and converted it into a parking lot for City Hall.
(Courtesy The Herald Sun) 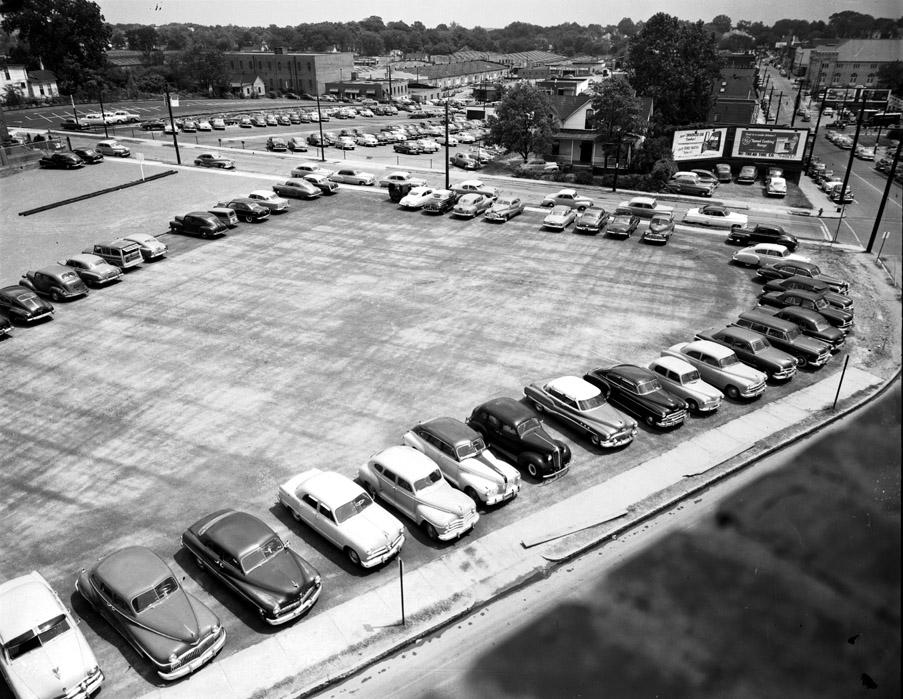 Parking Lot, looking northeast across Morgan St. towards Morris St., 08.17.53. You can see what changes the car had wrought in a relatively short period of time.
(Courtesy The Herald Sun) 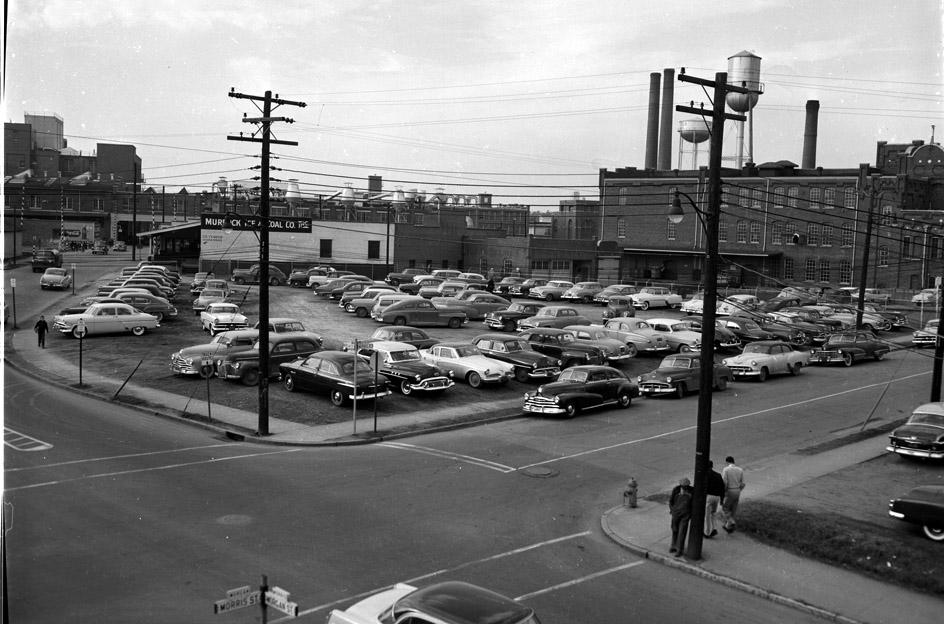 After City Hall moved east to N. Mangum St. in 1975, the parking lot became available. It was redeveloped as the Liberty Bank. 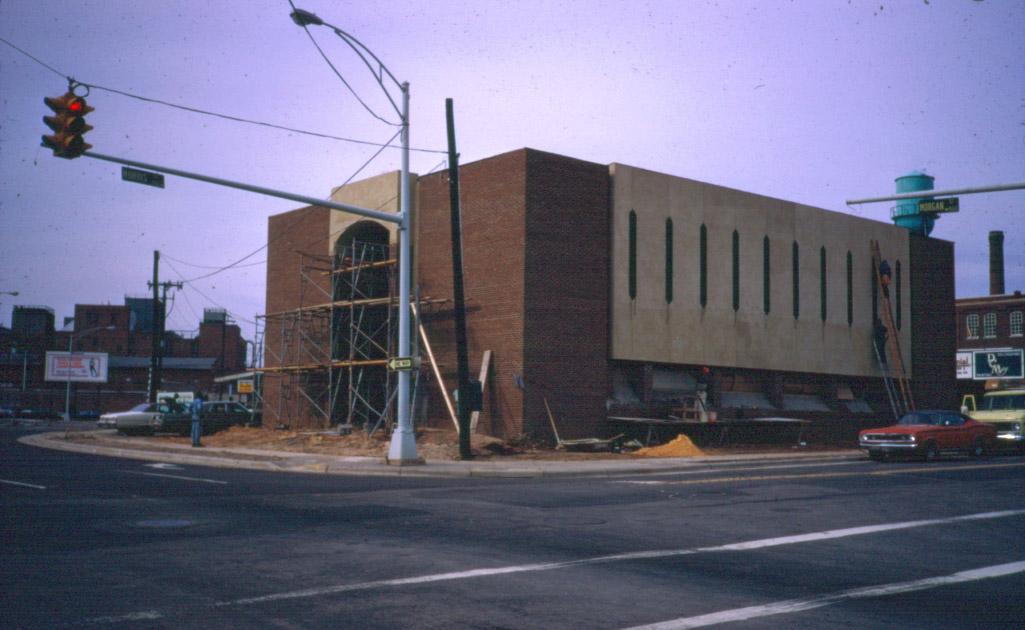 RBC Centura took over the building at some point, and they continue to operate the bank structure in 2009. 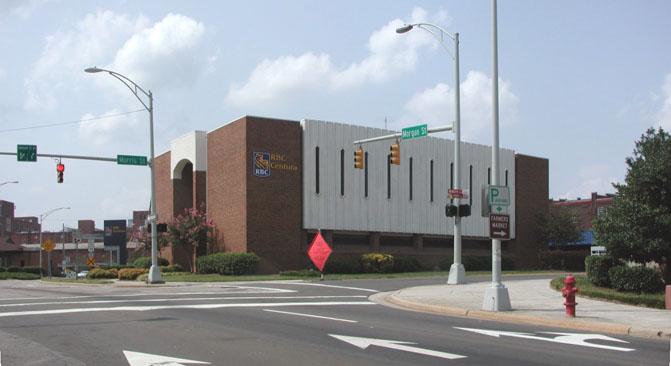 I noticed something yesterday while going to my bank downtown: here's Google's satellite view of the SouthBank building, and here's Google's shot of the BB&T building several blocks away. Similar construction, similar site plan, and similarly ugly (ok, maybe BB&B isn't quite as bad). At least the BB&T building isn't so pedestrian unfriendy: one can actually walk through the parking lot there fairly easily.

The BB&T building is close by. I agree that, in isolation, it is a friendlier building. But its siting is worse - surrounded by an equidistant moat of parking on all sides. The large setback, combined with the major grade change from Duke St., really abandon the street frontage. If it was the only choice I had, I'd switch the SouthBank building with the BB&T building, as each would work better at the other site.

both banks are set up for chopper robbers to land on the roof tops. but more seriously, it is so sad to see the beautiful salvation army building that once was on morris street. i always am interested in more background: do you know why that was demolished?

If you look at the 1960s era picture from my "Five Points -Northwest" post, you can see the Salvation Army building. I surmise from the pictures that all the buildings in this were demolished for either the Loop or the construction of the Southbank building.