The south side of Liberty St. didn't seem to have quite the quality of houses as the north side, but they were no slouches. Except that, by the 1960s, many of these houses were in tired shape, having been converted to rooming houses and the like. 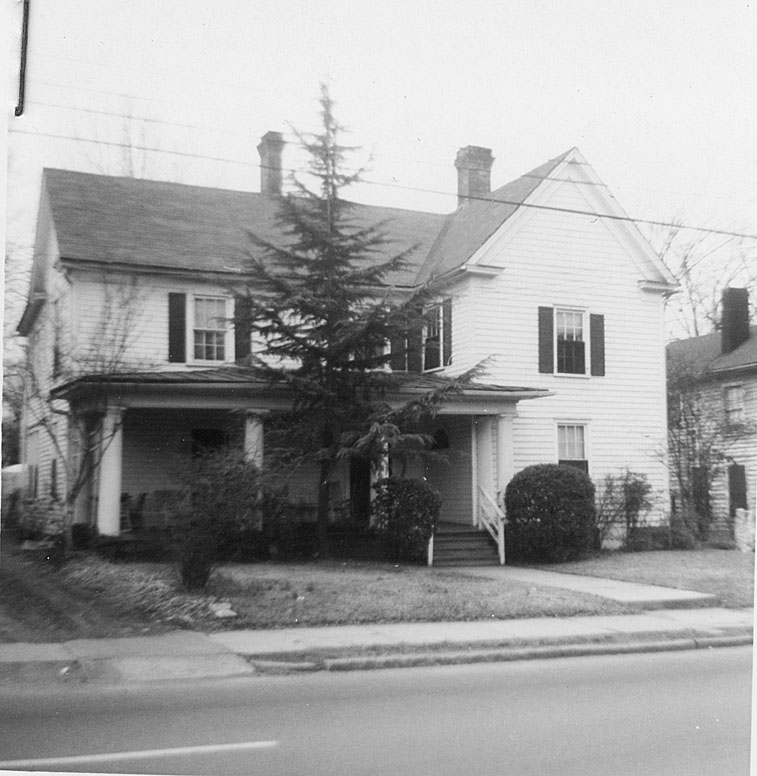 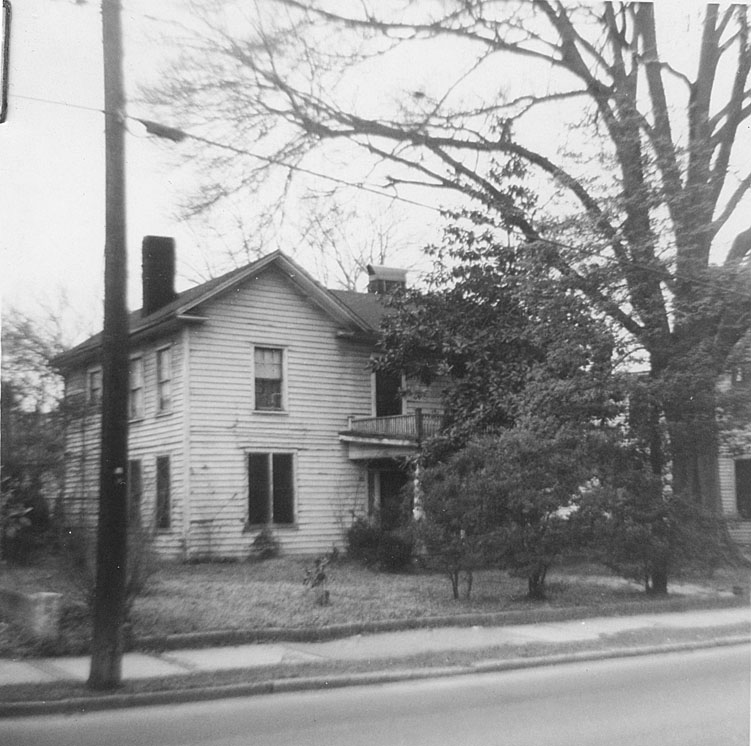 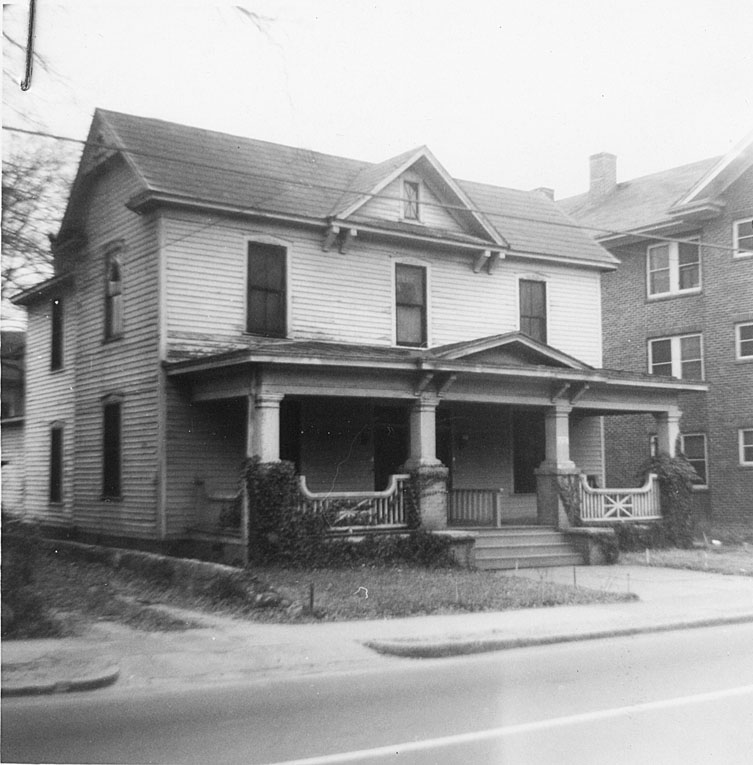 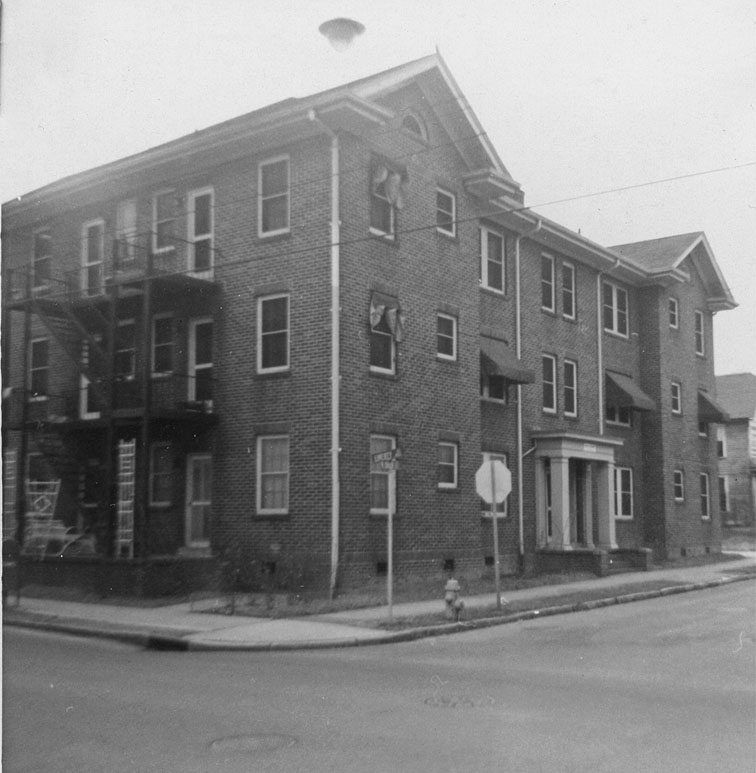 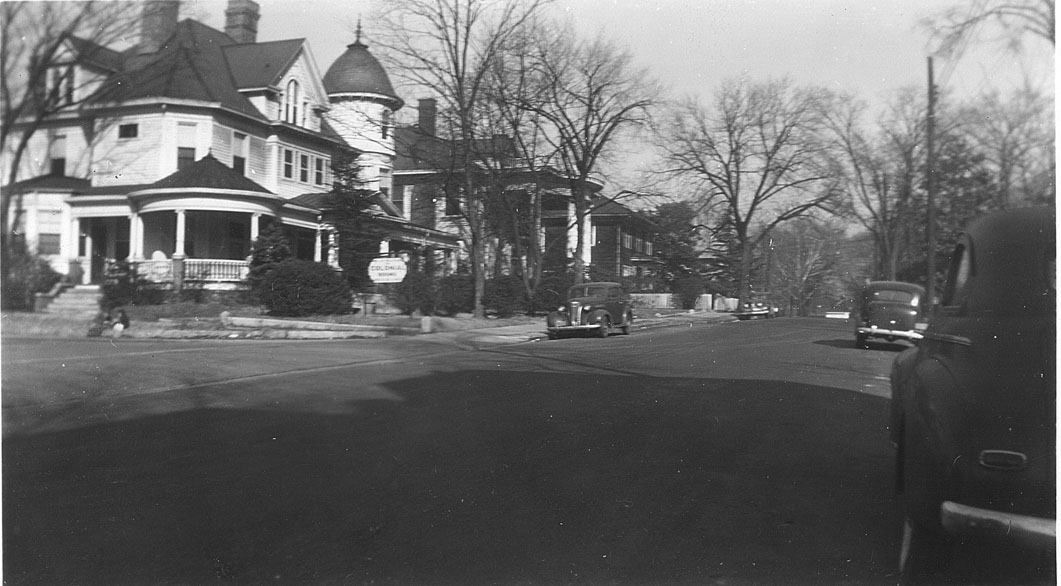 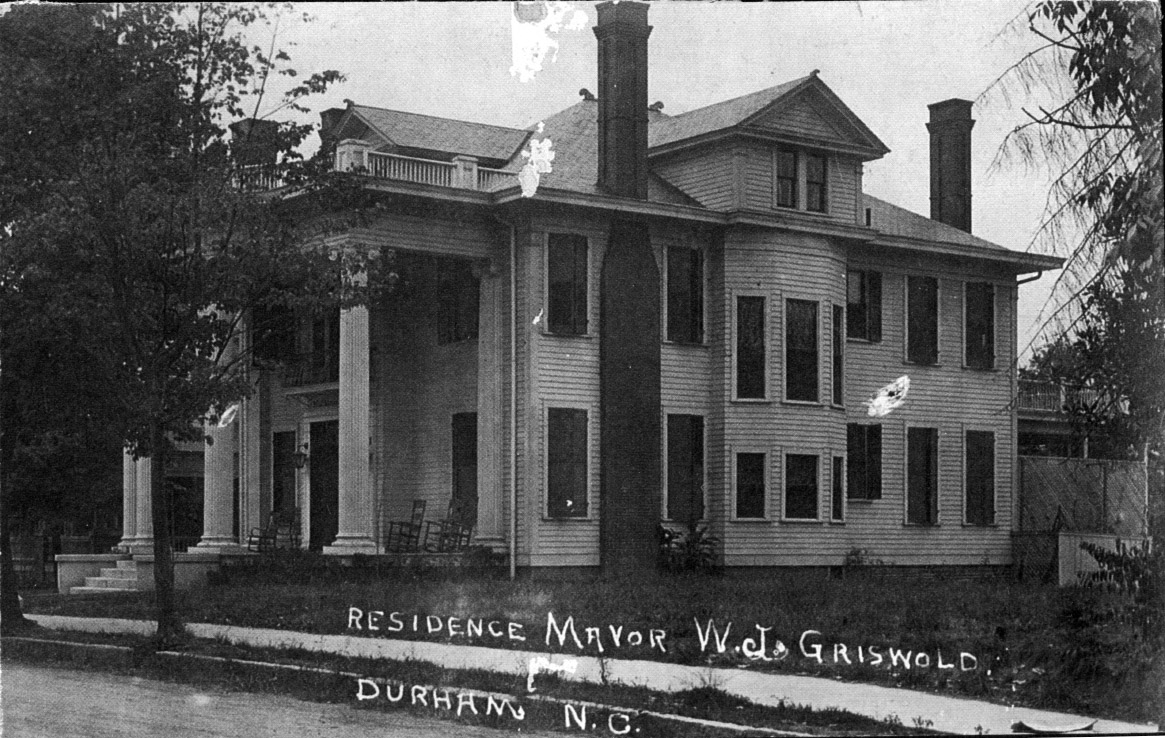 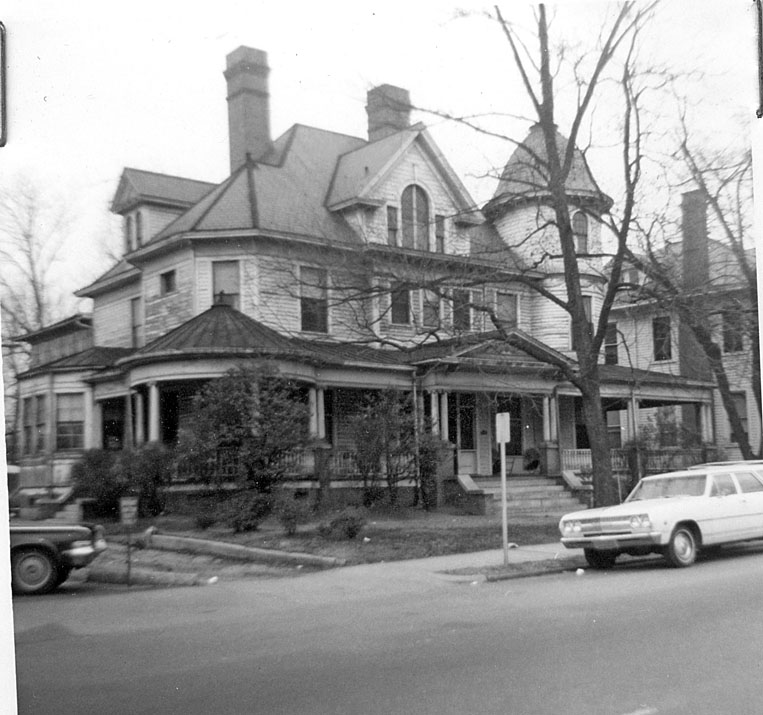 These were all torn down around 1970.

Likely during the 1970s or 1980s, Durham County built a social services building on the corner of Liberty and Dillard. Urban Ministries, which had been established on adjacent land in 1985 as a joint operation between several churches that acted as a landlord for local non-profits, expanded to take over this building. The center became the home of two merged homeless shelters during the 1990s, and the facility expanded again in 2000-2001.

I really don't know what the answer is regarding neighborhoods and facilities like Urban Ministries. Do I think the folks at Urban Ministries are doing good work by providing shelter for people without shelter? Absolutely. Do I think the dozens of folks loitering about, passed out in Oakwood Park, laying on the grass at the library, etc. during the day (when they are out of UM) has a negative impact on the neighborhood? Absolutely.

And there is the rub. The perception of the east side of downtown is often given to me as 'scary' by people who come rarely - likely only to use the library. I'm quite convinced that people's fear is directly related to the experience of being asked for money, etc. and walking through a phalanx of people parked on benches and curbs because they quite obviously have nowhere to go.

Should they be afraid? I don't know - I spend a lot of time on the east side of town, and I've never had a real problem. But I'm not going to be judgmental about the source or validity of their fear. Telling people that they are bad people because they are afraid doesn't make them less fearful - it just means they avoid that part of town (and may spout pieties about other people to cover their own guilt.)

So if we acknowledge that facilities like UM are both a solution to a problem and a problem, what do we do? Well, getting to that point might be an accomplishment in and of itself. At least we would have the possibility of creative solution. But this is a tough one, and frankly one that I don't think can be solved at the local level.

We're really talking about poverty, of course, not houses. I think the idea that we can build our way out of homelessness is, at best, silly. Should we build low-income housing? Yes, absolutely, because the housing market fails for small, inexpensive housing that is in good shape. But the idea that we're going to "end homelessness in 10 years" by doing so seems to me naive. Even if we do something more effective, like create more jobs and economic success, our ability to reduce homelessness will be reduced by in-migration of folks from poorer areas looking for more success. It's been happening since cities were invented.

Unfortunately, I don't have a solution here - if I did, I'd make a career out of it, and we'd have solutions for homeless people down by Southpoint, Woodcroft, and Hope Valley. But let's not pretend that this doesn't present a problem for the host neighborhood because that neighborhood is someone else's.

I want to invite you to tour

I want to invite you to tour Urban Ministries of Durham at a mutually agreeable time! I'd love to explore with you how UMD can be more helpful to your efforts.