407
Cecil Street
Durham
NC
Year built
1940
Architectural style
Period Cottage
Construction type
Brick
National Register
College Heights
Neighborhood
College Heights
Use
Residence
Building Type
Residential
Can you help?
You don't need to know everything, but do you know the architect?
Log in or register and you can edit this. 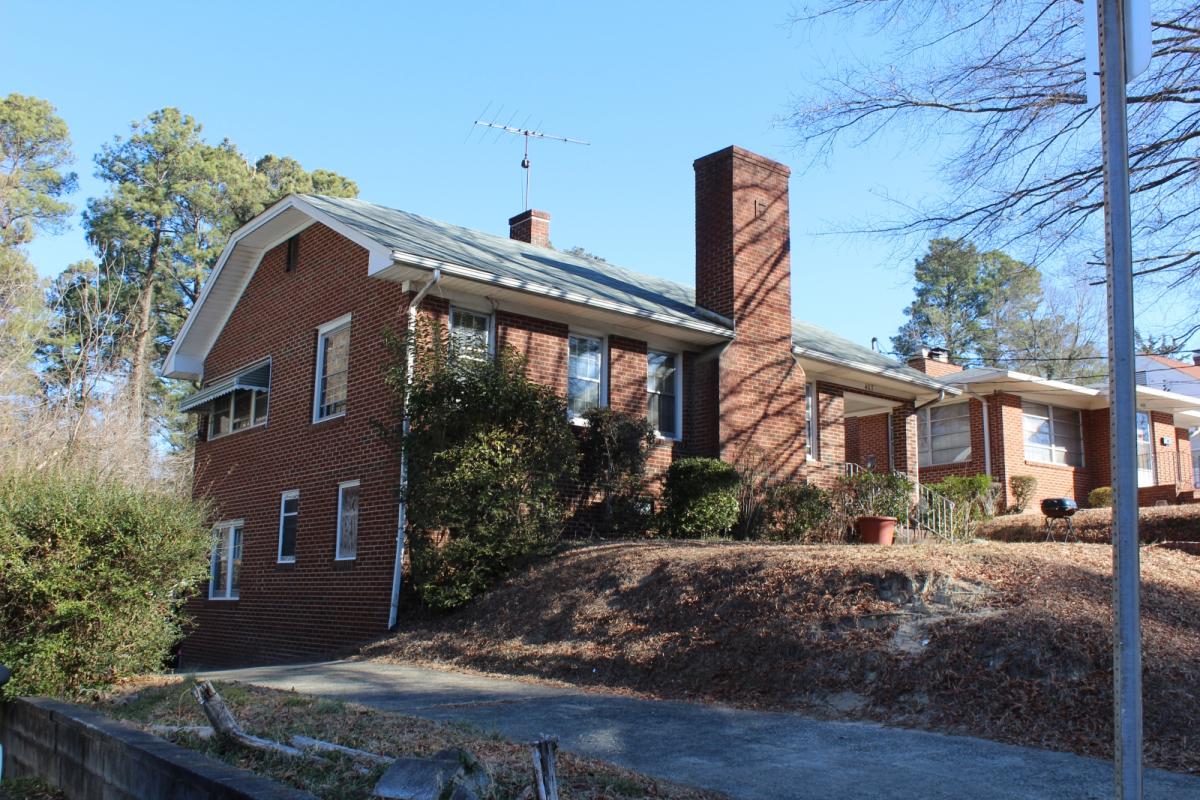 Distinctive for the “E” in the front-facing exterior brick chimney near the center of the façade, this one-story, clipped-side-gabled Period Cottage is five bays wide and double-pile with a brick veneer, vinyl soffits, an interior brick chimney, and six-over-six wood-sash windows throughout. An inset porch on the right (east) end of the façade is supported by a brick pier and shelters a six-light-over-two-panel door. The left (west) elevation has a group of three windows near the rear (north) and basement level windows along the driveway. A wide, gabled wing at the right rear (northeast) has an exterior brick stair up to the main level. County tax records date the house to 1940, but the earliest known occupant is Elvin Eings, a laborer at Liggett & Myers Tobacco Company, in 1943.

The property was sold to the Eings by Jennie Hayes.  Ms. Hayes owned a large parcel of land on this street and lots from the parcel as far back as 1939 to different families.

On June 3, 1992, Magnolia B. Eing gave power of attorney to Mary E. Carroway, her foster daughter.  On February 5, 1997, I. Jarvis Martin and his wife, Norma sold to Ms. Carroway a portion of their lot at 405 Cecil Street to satisfy an encroachment agreement between Magnolia Eing and the Martins.

On October 28, 2001, Archie Carroway and Mary E. Carroway sold the property to David McQueen.  The house is rental property.